Dogs have long wowed humans with their ability do tricks. In 2017, an impeccably-trained canine even made it to the final rounds of America’s Got Talent. But, everyone just assumed that cats – perhaps because of their storied independence – couldn’t be similarly schooled, so much that nobody ever really bothered to try.

Now 4,000 years after Egyptians first started keeping cats as pets, a well-known cat behaviorist is here to tell you such old-fashioned thinking is wrong. 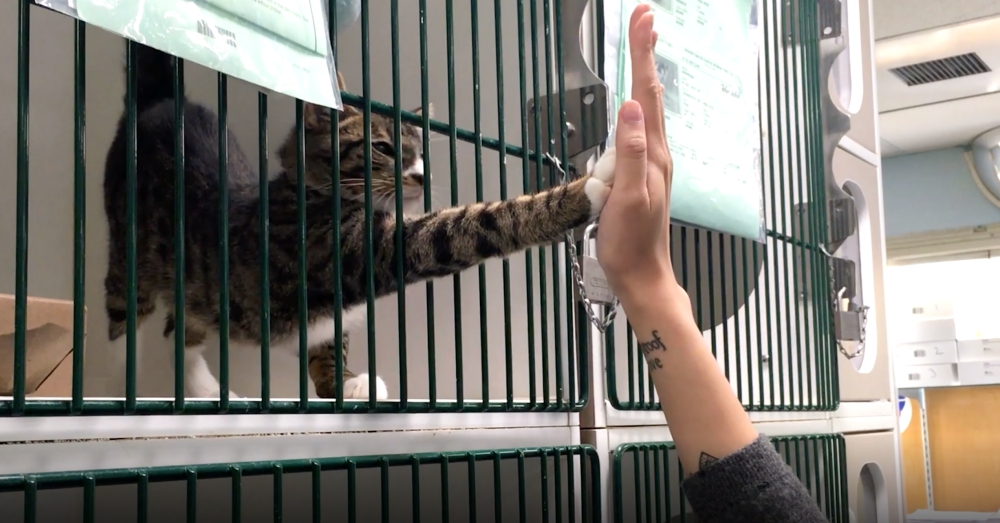 According to Jackson Galaxy, a self-professed “Cat Daddy” and Animal Planet host whose insights into feline thinking stem from years of working with Colorado rescues, cats aren’t just easily trained, teaching them a few party tricks can increase their chance of adoption.

Galaxy has teamed up with GreaterGood.org to roll out this life-saving program, Cat Pawsitive, to animals shelters across the country. The training itself is relatively straightforward. Galaxy’s team teaches shelter staff and volunteers why cats act in a certain way, and then – with the help of clickers and treats — shows them how to help their rescues become their best cat-selves. There’s even a version, Cat Pawsitive Pro, intended to help coax under-socialized or anxious cats out of their shell. 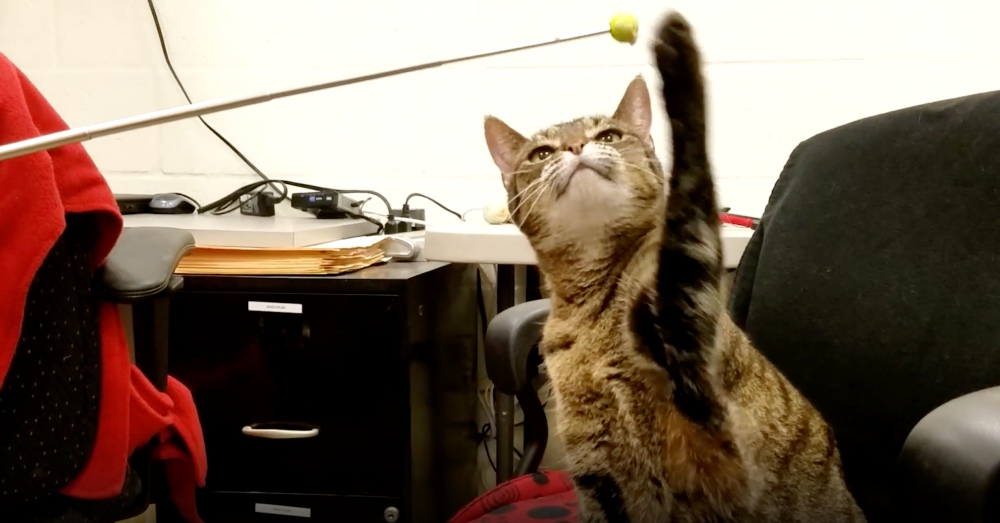 According to Galaxy’s website, the program has grown from 9 or 10 participating shelters to 66 U.S. shelters in just three years. (And you can help by sponsoring a participating rescue here).

Besides the obvious fact that rehoming rescues keeps cats off the kill-list, the program also keeps cats from becoming sedentary or bored. 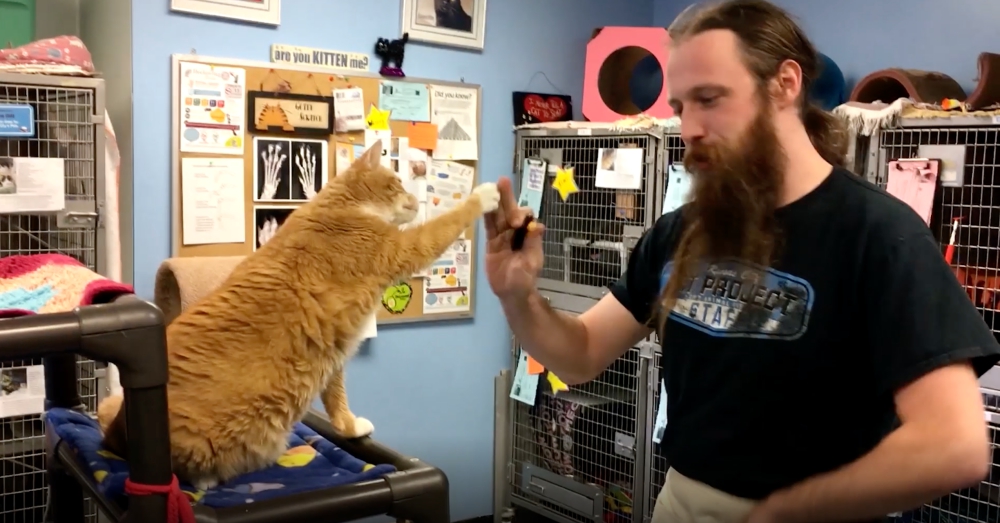 “Imagine you walked into the aisle of cats at a cat shelter and every cat came to the front and reached their paw through,” said Courtney Protz-Sanders, executive director of Paws for Life Rescue, which recently partnered with Galaxy and Greatergood.org on this ground-breaking program. “It gets attention and it gets people talking with that cat,” she explained to a local paper. 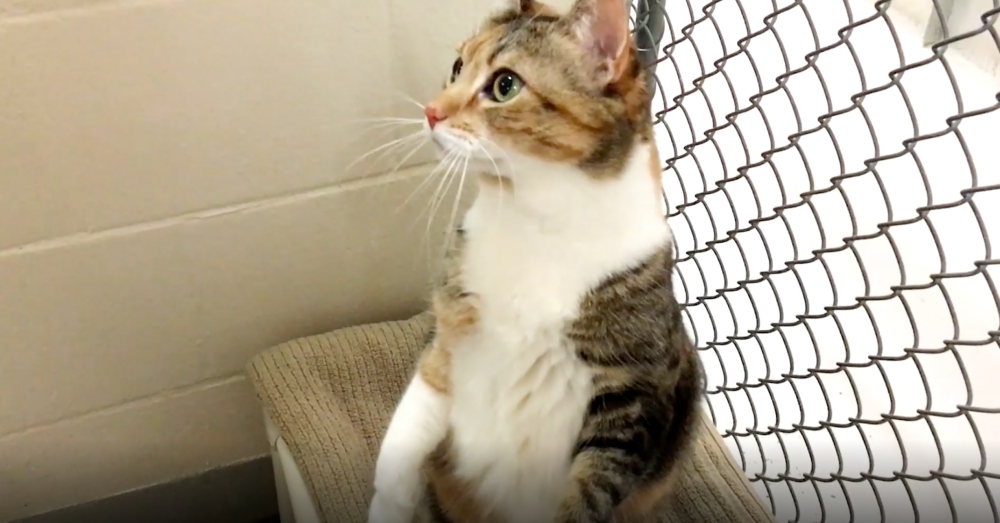 Learn more about this cat-tastic program in the video below!

Click the button below to make a donation to feed animals in need!