When rescuers saved a stray cat from an animal attack, they almost certainly gave the Maryland tabby a second chance at life. But when the cat wound up at a local animal shelter, workers quickly realized the rescued cat had left something important behind.

“She had all the signs of being a nursing mother, but her kittens could not be found,” a shelter volunteer told Love Meow. Staff quickly alerted residents living in the area nearby where Toodles was found to be on the lookout, because stray kittens don’t stand much of a chance without their mother’s protection. 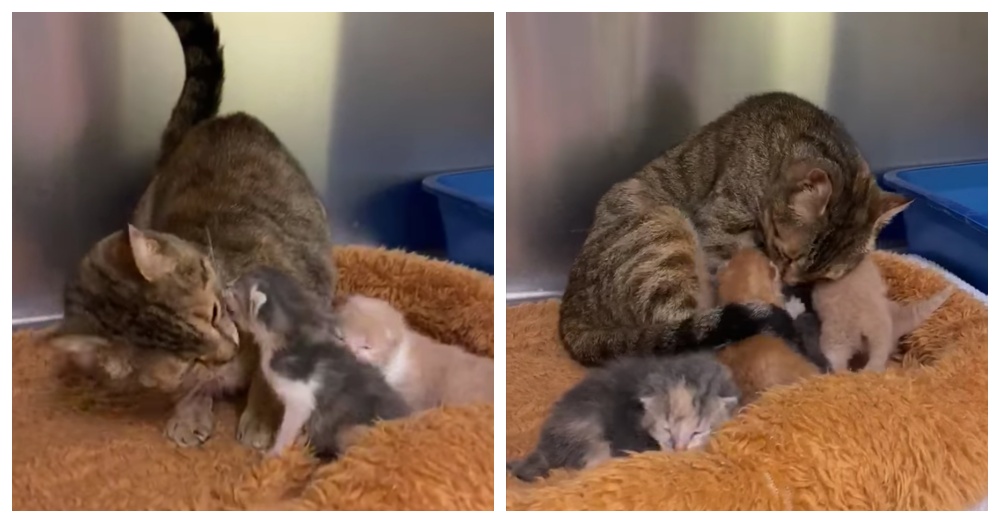 Fortunately, a vigilant neighbor overheard Toodles’s missing brood crying from inside the insulation of a mobile home later that week. Workers rushed to reunite the five kittens with their mama cat, who was recuperating at Friends of Anne Arundel County Animal Care & Control. 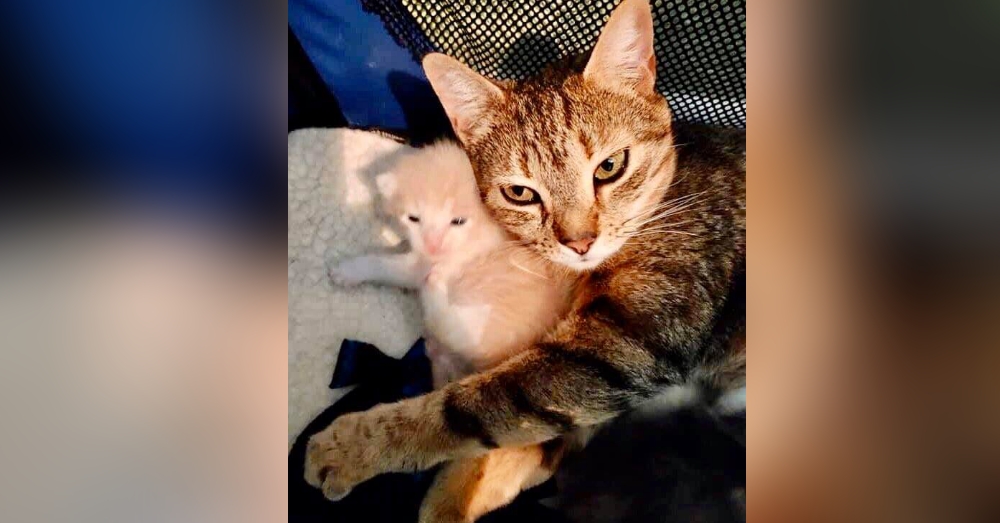 “A sixth kitten was discovered screaming for her mom under the same mobile home where the first five were located,” shelter workers said, recalling how Toodles finally relaxed after her last baby arrived.

Once the family reunion was finally complete, workers staff Toodles and her kittens to a foster home, where an experienced foster mom helped Toodles nurse her young family back to health. “Toodles and her babies are thriving, thanks in no small part to her attentive and experienced foster (family),” workers said. “Together, the foster and Toodles are raising some mighty fine-looking and happy little ones.” 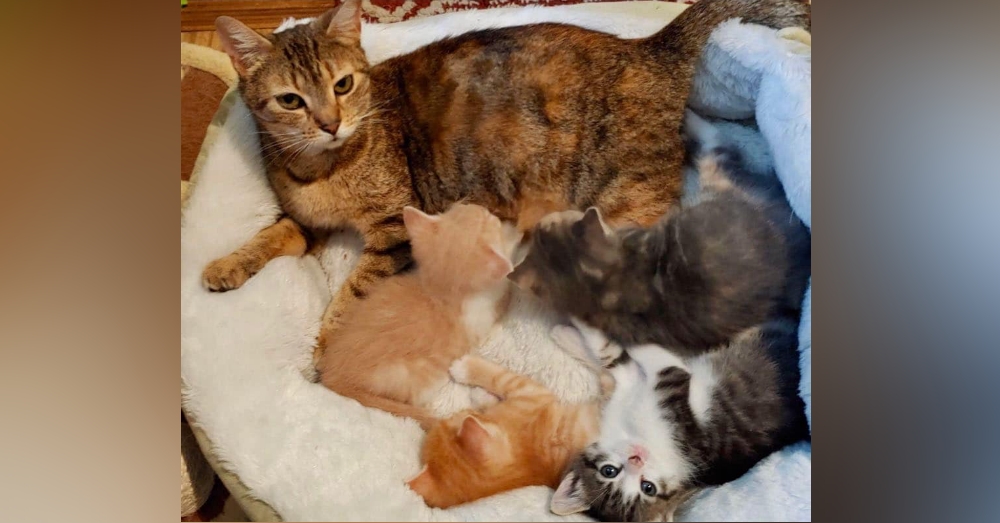 And not only are the kittens growing into happy, healthy young cats, the Friends of Anne Arundel County Animal Care & Control has already found everybody – including Toodles – a future forever home. “The first application the shelter got was for Toodles and the 6th kitten, Percy,” shelter workers wrote, marveling at the unusual fact that the mama cat, who will also get to live with one of her kittens, was adopted first.

“How great is that to have the mom selected first for once,” they wrote. “This especially warms our hearts, as so often the mom cat is the last to find a permanent home.”

Watch this rescued cat reunite with her missing kittens in the video below!