Dogs are not only loyal companions, but great entertainers.

Old English Sheepdogs are known for their shaggy coats and clown-like personalities. They are active dogs that need daily brushing, exercise, and mental stimulation. In addition, they make their owners laugh daily with their wacky sense of humor. So, it is no surprise that a goofy and athletic sheepdog has captured the attention of millions. 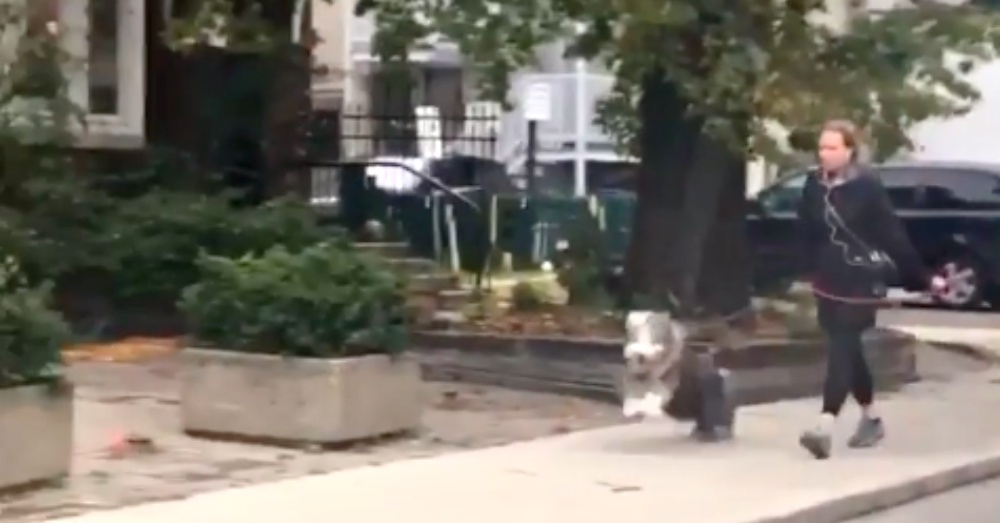 An adorable and exuberant Old English Sheepdog could not contain its excitement while on a walk. The long-haired pup was walking along on a leash in a residential area and then started to leap in the air. All four paws were off the ground and the dog was jumping at impressive heights. 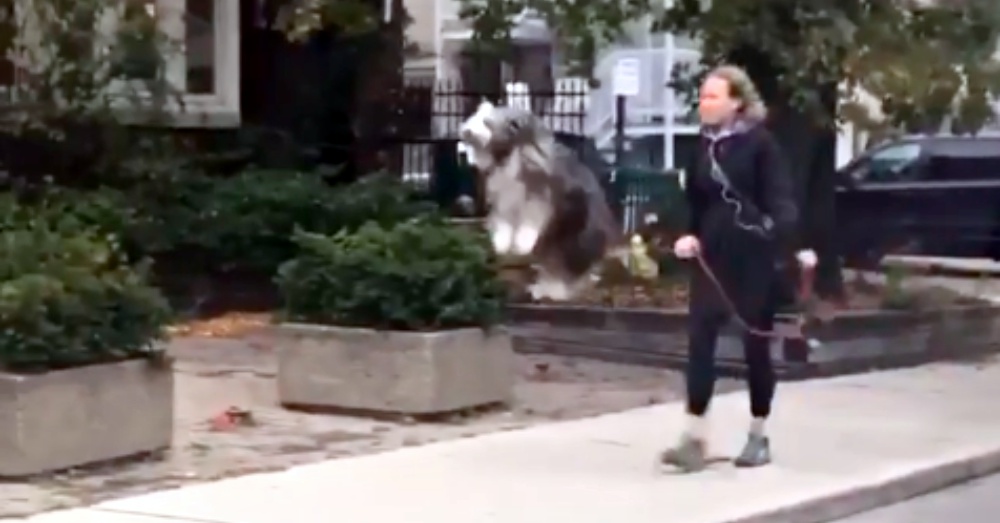 Onlookers giggled as they recorded the rambunctious dog as it jumped for joy multiple times in a matter of seconds. The woman walking the dog seemed unfazed by the dogs antics and continued walking. Maybe this is a common behavior for the large dog, but regardless the video has gone viral.

Barstool Sports posted the short video on Instagram with the caption, “I’ll have whatever this guy is having.” It has been viewed by over 2.5 million people. It is impossible to only watch it once and is guaranteed to make your day. 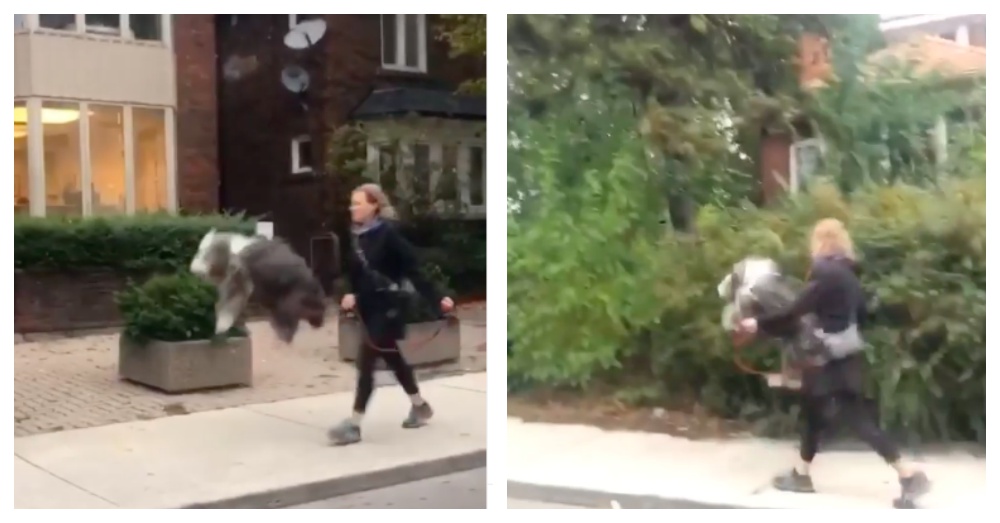 One person commented, “Step on a crack, break your momma’s back 😂 .” Another wrote, “how is she not laughing?!! ♥️”

Watch the hilarious video below and don’t forget to share!

I’ll have whatever this guy is having @icanteven (via @jessestellick)

Vietnam Veteran’s Dying Wish Was To See His Beloved Yorkshire Terrier One Last Time: Click “Next” below!