They Dive Into Canal To Save Drowning Sheep, But Quickly Realize It’s Not As Easy As They Thought

A baby bighorn sheep fell into a canal in La Quinta, California, and had no way of getting out himself. Eventually, he would have drowned, but thankfully a couple of Good Samaritans spotted the sheep struggling in the water.

After realizing he couldn’t get out on his own, they immediately dove into the canal to rescue the helpless animal. While the sheep was struggling to swim and stay afloat, the couple quickly swam closer to him. Then they got ahold of him and carried him to the edge of the canal’s walls. But the rescue wasn’t as easy as they thought it’d be. 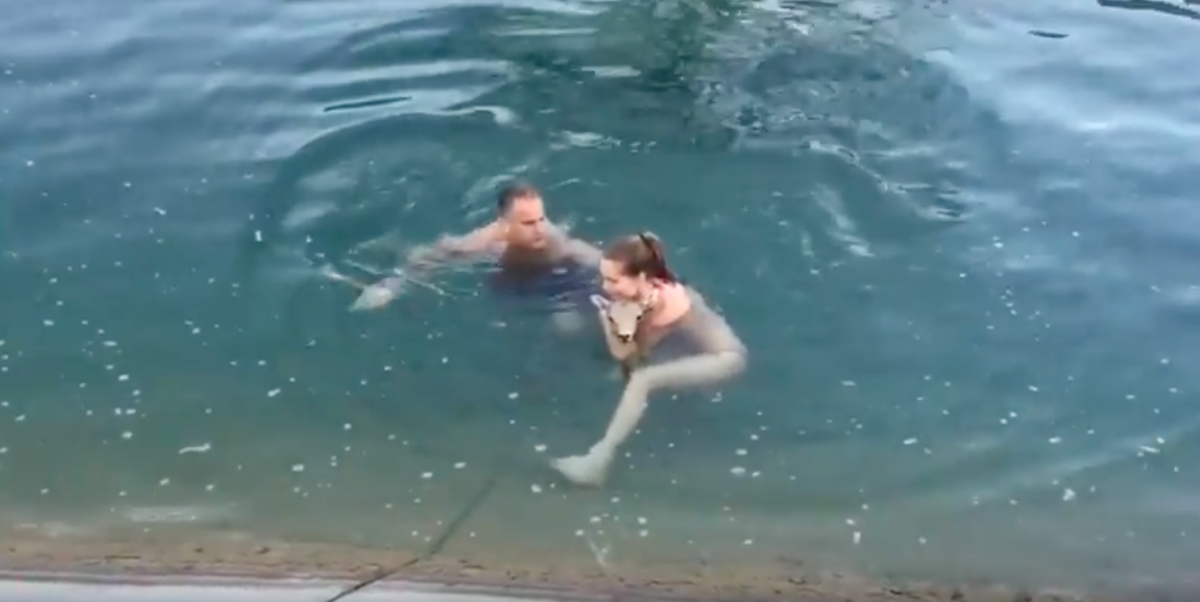 The walls were slippery, and the couple was unable to get up the wall. Meanwhile, the sheep was extremely nervous and escaped the couple’s grasp, swimming off into the water again.

Eventually they were able to retrieve the sheep again and carry him to land, and then used a long hose to pull themselves out. The end of the video shows the sheep running off back into the trees. Thankfully, thanks to this couple, the sheep was now safe and can reunite with his family again. If it weren’t for them, this sheep would have sadly drowned.

Watch the daring rescue in the video below: