Liberty May is from Marwood, Devon in the UK. The 21-year-old pet lover has a strong affection for livestock, and one sheep in particular really stands out from her flock.

Liberty is the proud pet mom to a Valais Blacknose sheep named Wilbur. Known as the cutest sheep breed in the world, the Valais Blacknose originates from Switzerland. However, little Wilbur tends to act more like a dog than a sheep. 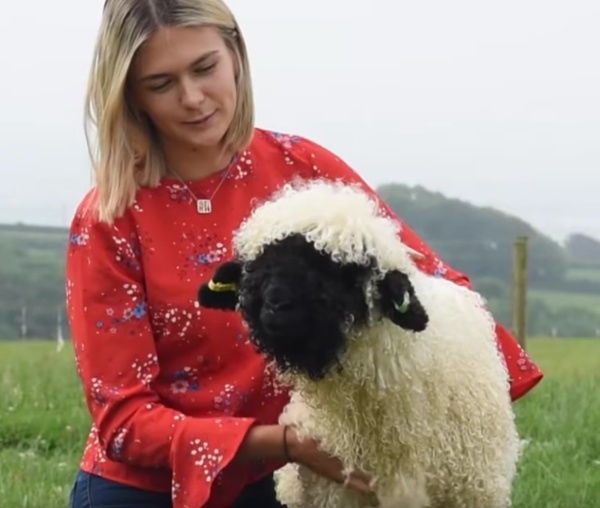 According to Liberty, Wilbur has a tendency to be very stubborn and overdramatic at times, plus the sheep very much likes to get his way. Despite all this, Liberty does admit that her sheep is actually quite kind and gentle.

“He does love me I think,” Liberty muses. 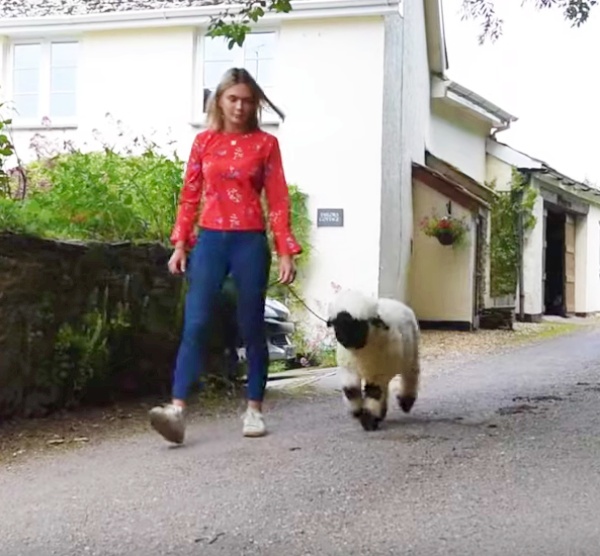 Both Liberty and Wilbur are well-known in their town, as the pair tends to take walks together, and Wilbur is trained on a leash. Wilbur also likes to play fetch with the family dog, in addition to snuggling up on the couch.

Since Liberty helps her dad out with the lambs, occasionally she gets to keep a few of them. She has said that the bond she shares with Wilbur is the type of bond that someone would forge with a dog. Liberty sees her sheep as a pet, and adores the fact that Wilbur smiles a lot. 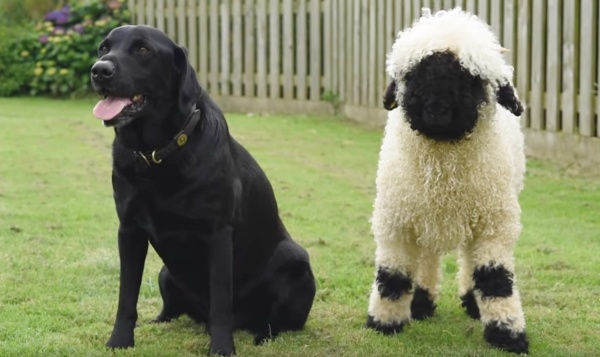 “He’s a very domesticated type of sheep breed,” Liberty ” rel=”noopener noreferrer” target=”_blank”>says. “So he will just want cuddles and all that affection like a dog would.”

You can watch Liberty and Wilbur together in the video below: