She May Be A Rookie, But This K-9 Officer Still Nabbed 60lbs of Meth On Her Very First Call

For years, the idea of beginner’s luck has been up for debate. Some people swear the phenomena is regular occurrence; others scoff at the idea that newcomers could regularly trump experts in excellence or expertise.

Regardless, down in West Covina County, just east of Los Angeles, a freshly-minted K-9 officer, Rye, has just reignited this longstanding debate. As the newest member of her department’s K-9 narcotics unit, Rye carried her badge for less than a month when she happened to make a major drug bust on her inaugural call. 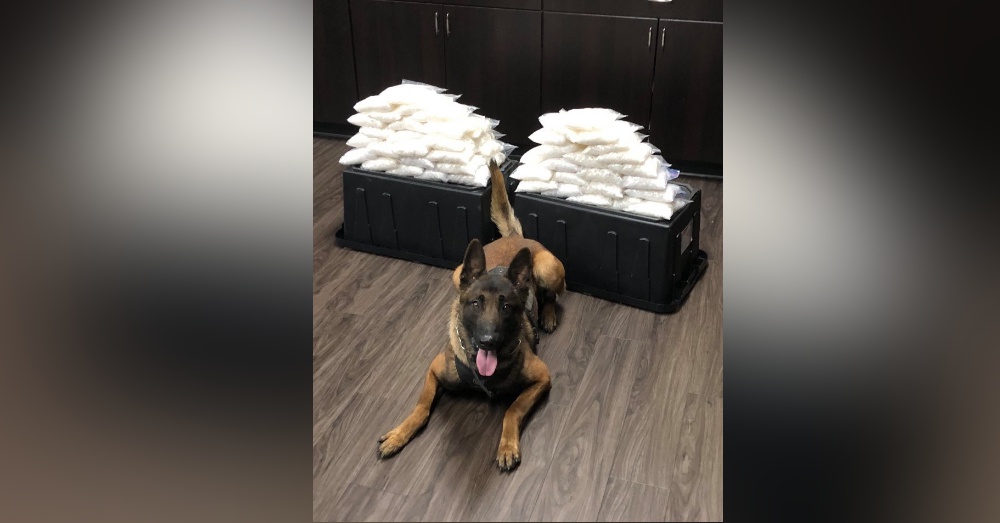 The young dog’s moment of fame took place on Saturday, when she was called in to inspect a car pulled aside after a not-so-routine traffic call. The 28-year-old driver had already been caught with a stash of methamphetamine stuffed under the driver’s seat, but Rye’s human colleague’s still weren’t convinced that the rest of the car was clean.

As it turned out, they were right, because Officer Rye found two additional stashes of meth totaling 60 pounds worth of the substance. Everybody was thrilled with Officer Rye’s innate ability, with the obvious exception of the car’s 28-year-old driver, whose currently in lock-up on the $1 million bail. We’re sure there were a few dog treats involved.

A 60-lb. bust isn’t too bad for Rye’s first day on the job, regardless of whether or not any beginner’s luck is involved.