Great White Sharks are not uncommon in the Pacific Ocean, but seeing them breach the waves near the shore is a rare experience. Imagine then, seeing one of these remarkable sharks launch out of the surf three times in rapid succession.

A camera set up on the south side of the Huntington Beach pier caught just that during a sunny day at the beach.

According to Discovery, Great White Sharks typically breach with great force when they are pursuing prey like seals. 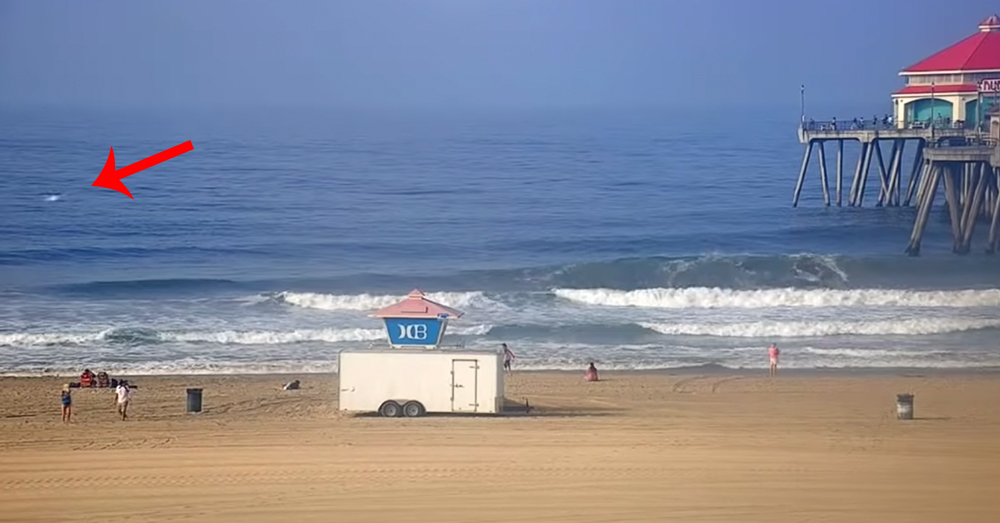 “Great white sharks are very similar to humans in that they all have unique personalities with different strengths and weaknesses, as well as different attitudes, tendencies and preferences,” Discover reports. “Some great white sharks are very successful at aerial ambush breaching while hunting seals, while others might not be as good at breaching.” 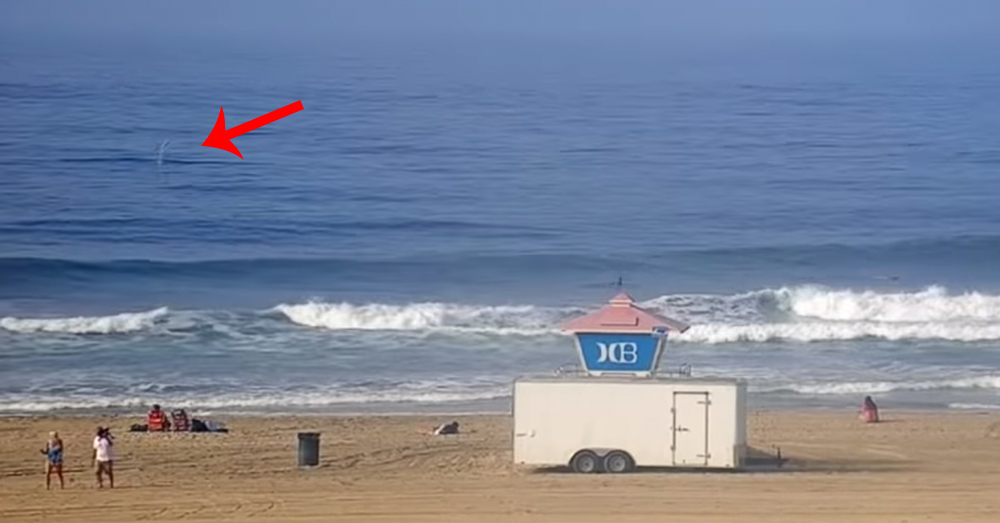 Source: YouTube/Surfline
Beachgoers could easily see the Great White Shark as it surged into the air three times.

As Sharksider reports, these sharks prefer waters between 54-75° Fahrenheit, and typically “stay to close to the shore in shallower waters, they have been spotted swimming in open waters at depths of up to 3,900 feet.” 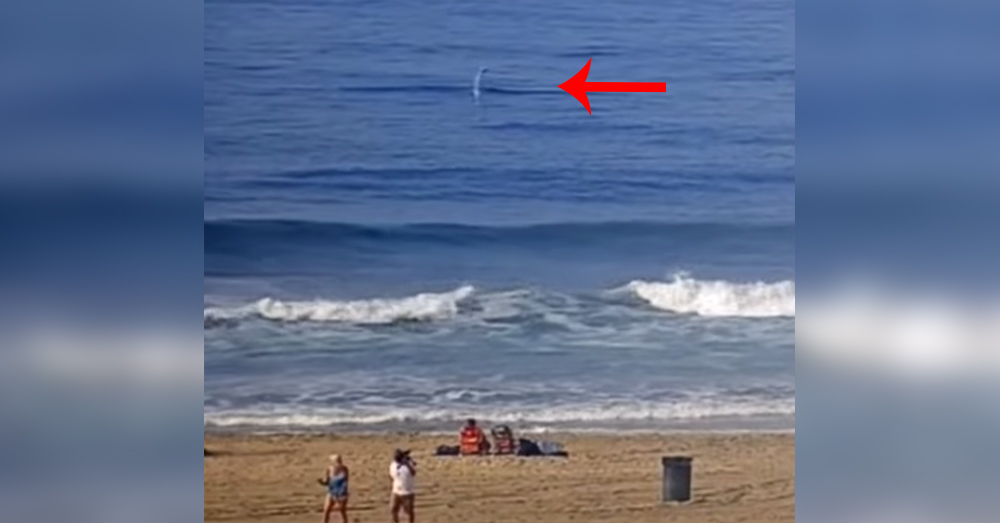 Source: YouTube/Surfline
Breaches like this are rare off the coast of California.

There’s no denying that the shark in the video below was close enough to shore to make beachgoers think twice about getting back in the water that day. According to Enjoy Orange County, an approximate 6 to 7 foot shark bumped a surfer’s board and leg at Dog Beach on Feb. 18, 2019. The previous August, a 14-year old boy was bumped by a shark while playing in the water around 8:00 p.m. south of the Huntington Beach Pier. The water was about four feet deep and the boy was not injured.