When the coronavirus forced organizers to postpone the 55th annual country music awards, fans were naturally disappointed. But two unexpected surprises came out of the delay. First, the genre’s biggest stars virtually gathered together to livestream performances from their own homes. And second, we got to meet Shania Twain’s horse, a very attentive creature whose adorable antics basically stole the show.

“These are crazy times, but we’re gonna do what we always do and hold together to get through it,” Twain addressed the camera before performing two acapella version of her favorite songs in this “ACM Presents: Our Country.” 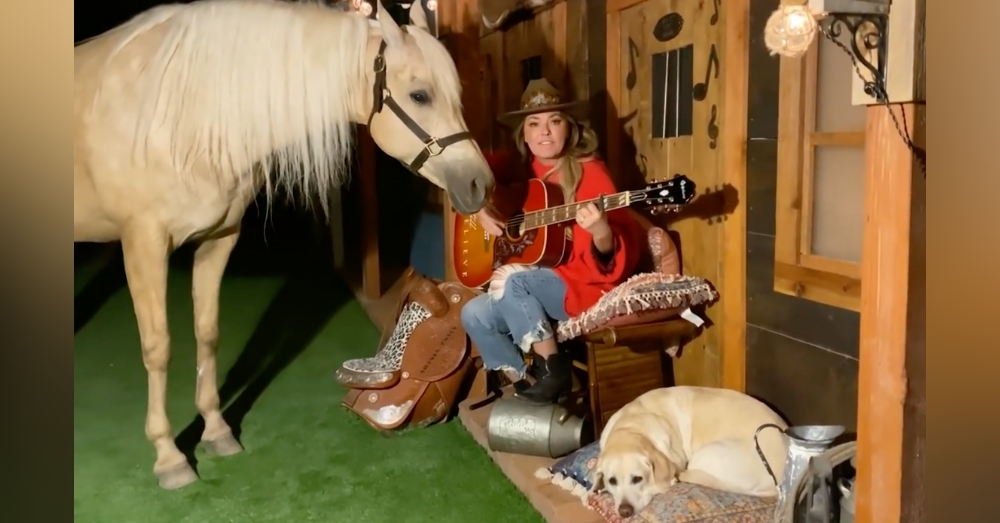 “From our home to your homes, with stories, with songs and all of us because, let’s face it, we’re all in this together,” she told fans. Meanwhile, Twain’s horse — standing just inches from her face — seems unable to hide his anticipation.

The Grammy-winner then launched into acapella versions of two of her biggest hits. Her first song, “Honey, I’m home,” was a beautifully appropriate ballad for these very strange times. Twain’s second song, “Man, I feel like a woman,” wasn’t just one of the singer’s biggest hits, the lively rendition was clearly meant to lift beleaguered fans’ spirits. 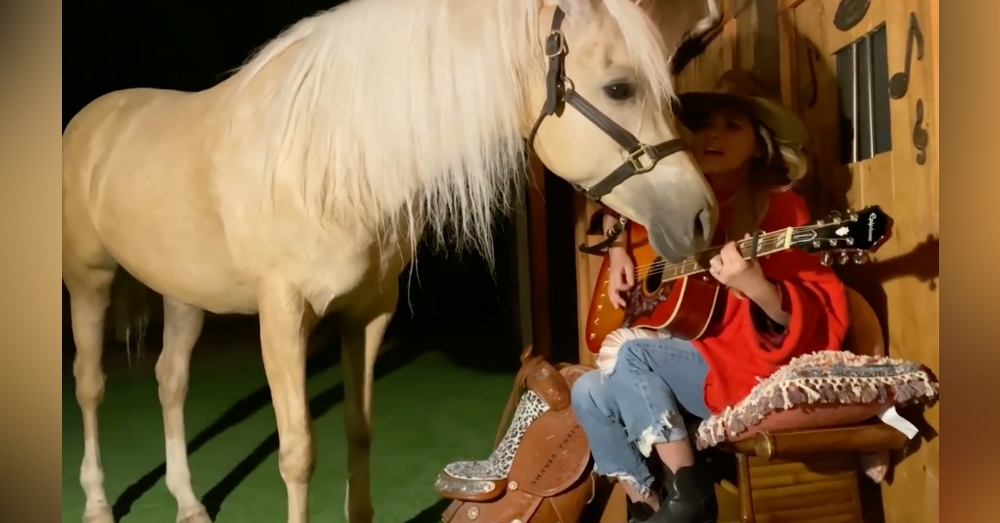 Regardless, the horse seemed to approve of these curatorial choices. Not only does he lovingly gaze at and nuzzle his human throughout her performance, he moves in so closely at points that Twain seems obscured by his shadow. (Unfortunately, not all of Twain’s pets seemed as moved by the music. The singer’s dog, Melody, looked very bored as she lay by Twain’s feet.)

Twitter was quickly enthralled by the horse’s rapt attention, with many fans agreeing that the attentive pet’s concert-bombing indeed stole the show.

“I am watching Shania Twain play acoustic songs in the shadow of a horse that will not get out of the way, and it’s more compelling than I would’ve expected,” one person wrote.”Find yourself a man who looks at you the way @ShaniaTwain’s horse looks at her,” another user agreed.

Does your pet love you as much as Shania’s horse clearly loves the country singer? Check out their adorable concert in the video below!