We currently have the privilege of existing with the largest creature to ever exist on Earth. That large creature is one that belongs to the sea and it is the majestic blue whale. These sea creatures’ sizes generally range from 80 to nearly 100 feet with a weight up to 2oo tons! Their tongue is recorded to weigh close to that of a full elephant!

People all over the world travel far and wide to just get a glimpse of these huge creatures. Some go on boat tours to see them, some go underwater to see them, and some get lucky enough to get a surprise greeting while out for a day of fishing on their kayak. 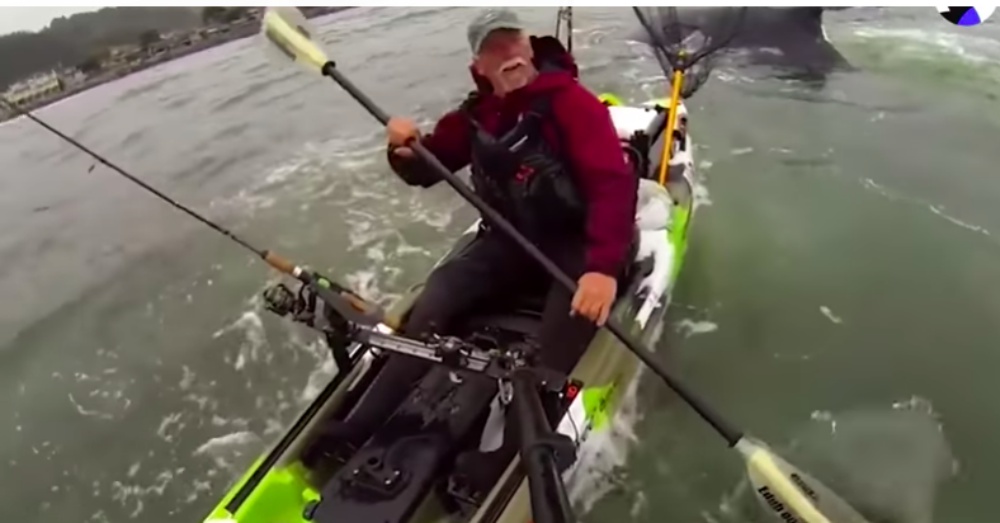 That is the case for one man who was enjoying a day on the water in his kayak while fishing when a whale decided to make a surprise greeting that nearly capsizes him.

As the video begins, we can see how still and quiet the water appears to be. 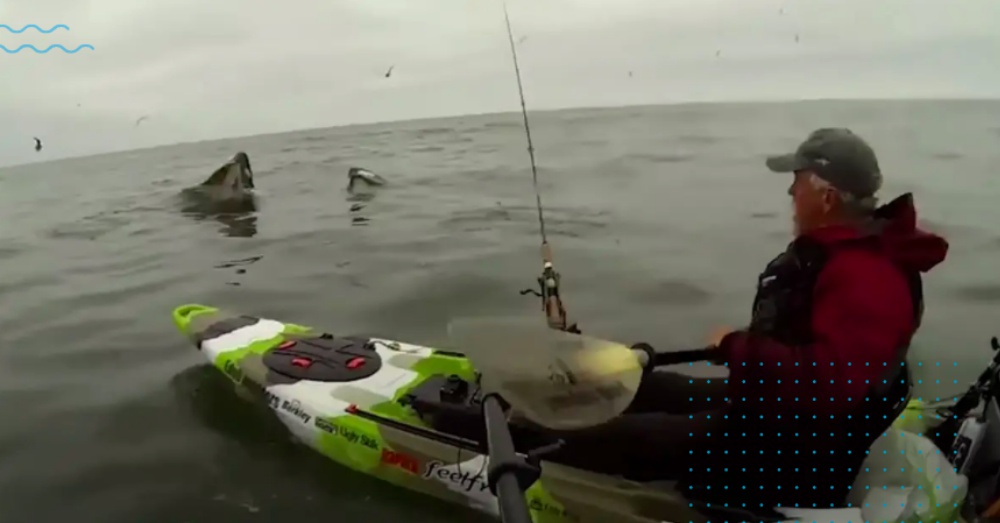 What could it be?

Then all of a sudden we see what looks to be two fins popping out of the water.

Getting a closer look

More and more of the whale starts to make its way above the water and we watch as the kayaker’s face is just in shock at what is happening before him. 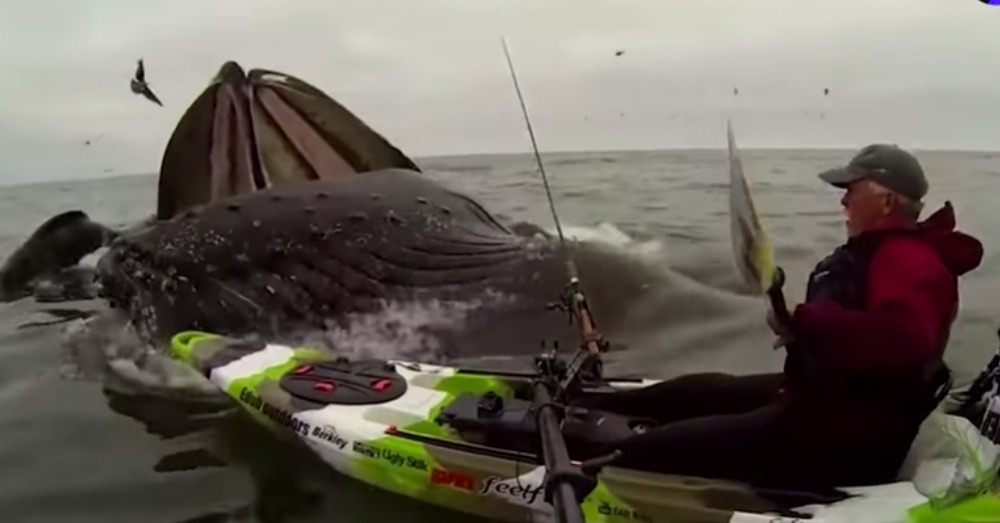 Then all of a sudden the largest creature on Earth leaps out of the water just missing the tip of the kayak. The man in the kayak is absolutely astonished as he should be! His tiny kayak was almost just capsized! 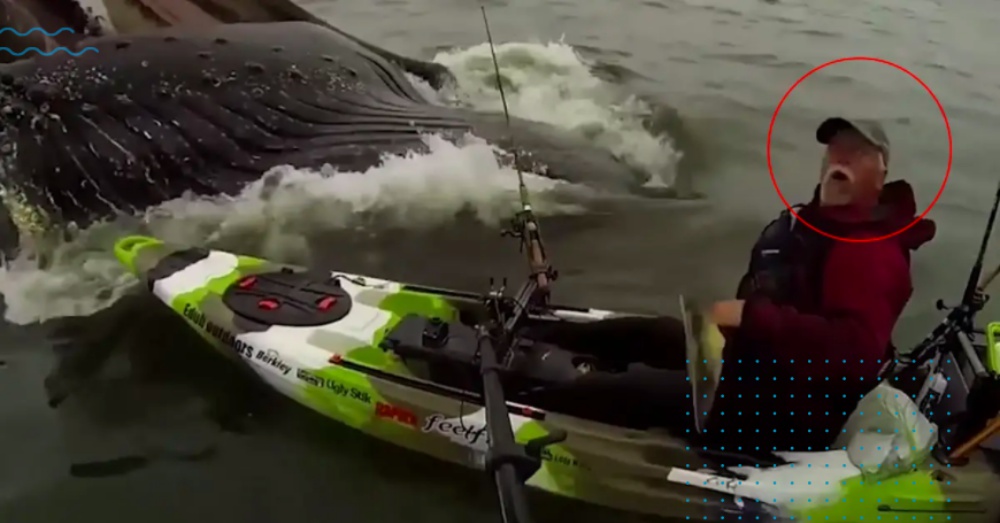 As the whale begins to sink back under the water the kayaker turns to the camera with utter shock and amazement on his face. What an experience he just witnessed! If not for these cameras this story may have been close to unbelievable. 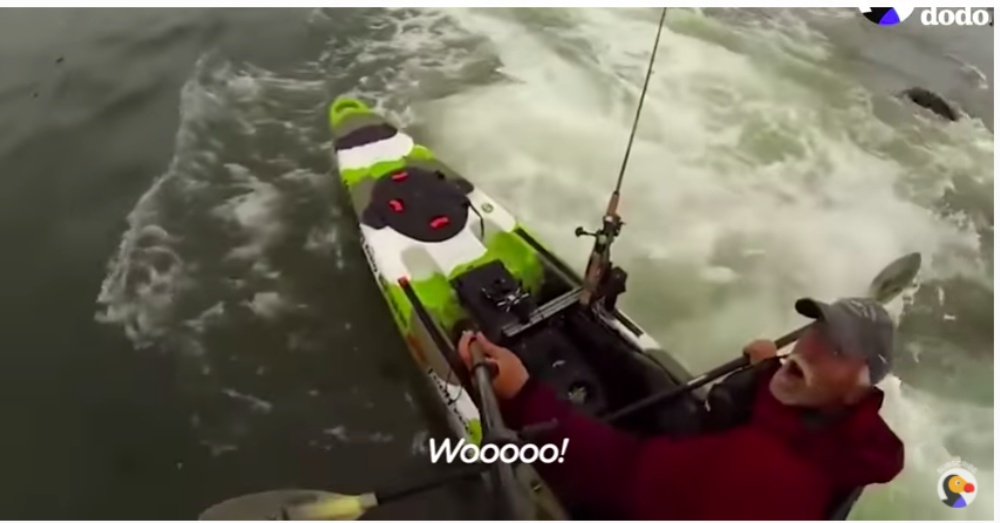 So excited he looks to his camera once more finally able to take a breath and let out his excitement. But he can only seem to utter out a few words through his astonishment, 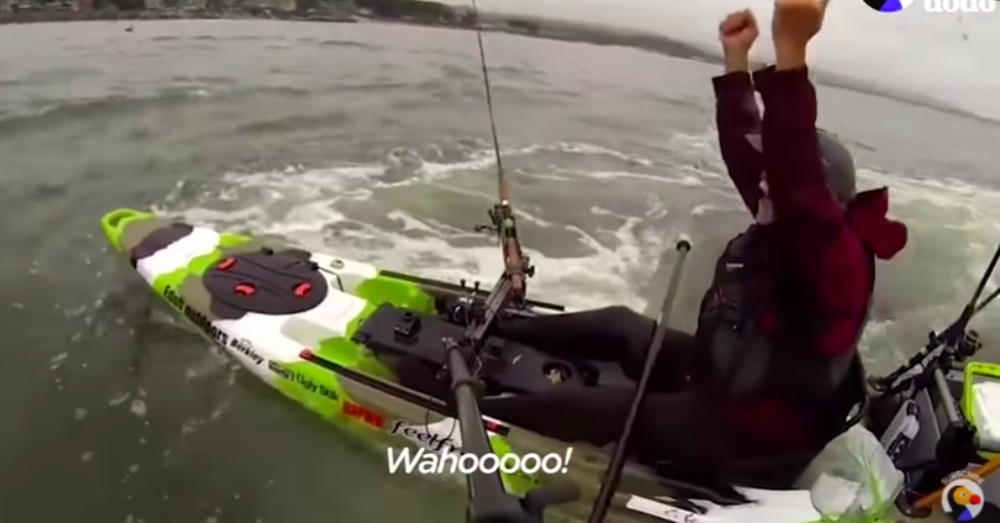 “That’s what I am talking about!”

The video then shows a different angle of the kayak and we see that this kayaker is also enjoying the company of two other sea creatures behind him. But he doesn’t seem to take any notice to the dolphins still in absolute shock after the world’s largest creature just paid him a surprise greeting. We can’t blame him! 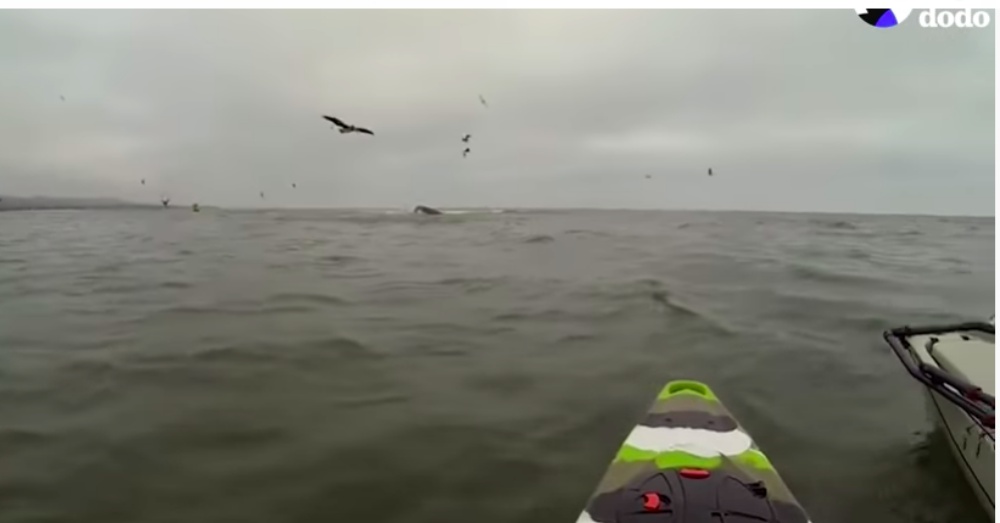 As the camera turns back to face forward we see the whale making its way back into the sea and for all, we know patiently waiting to greet the next kayaker that enters the ocean this whale calls its home.

What an amazing experience for this kayaker and one he will remember for a lifetime. Not everyday are you greeting by the world’s largest animal!