Think of the phrase “dancing horse” and what jumps to mind is probably some sort of show-pony. Some decorated mare as part of a renaissance fair clip-clopping along as part of some Elizabethan display of elegance while a squire sings Ye Olde Ballad of Greensleeves.

But, hold your horses, because the concept of a dancing horse has had a make-over… 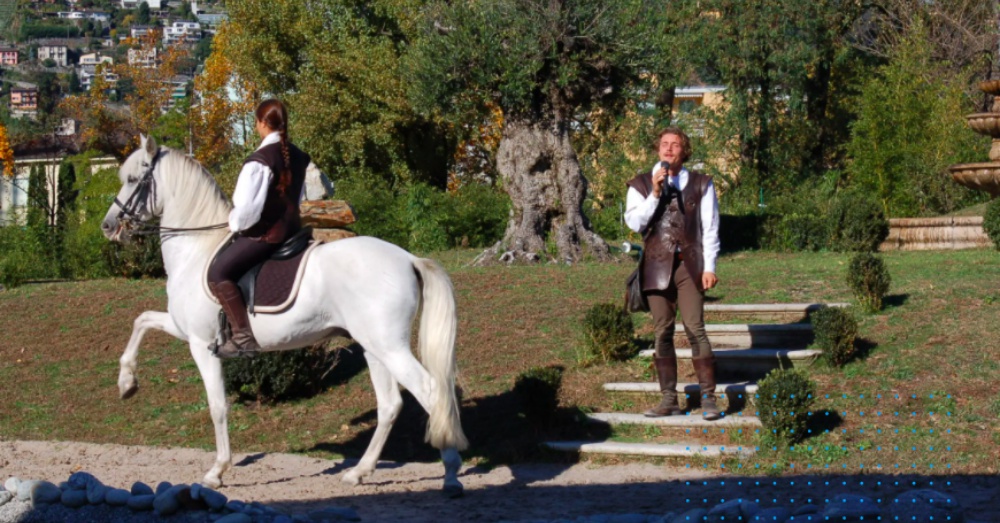 With a little help from an emerging country artist, Blanco Brown, it’s had a coolness upgrade.

Blanco has been making waves in the country world and has won the acceptance of the world of country by creating a viral internet sensation, “The Git Up”. The song is a modern pop-infused version of classic country style, including but not limited to some old-school steel slide guitar. The song spent a week at #1 on the Hot Country Songs Chart, so you know it’s ringing the right bells! 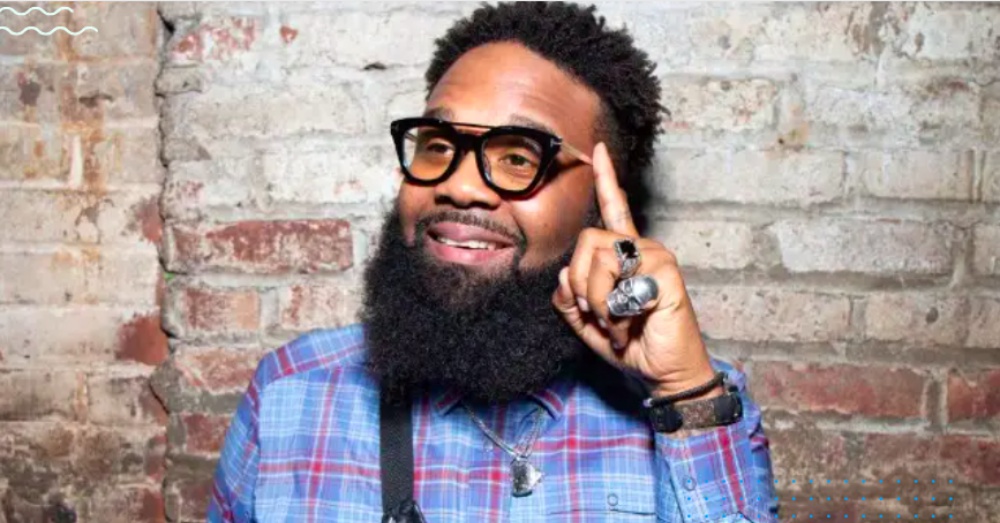 The Git Up isn’t just a popular song, but a viral phenomenon.

From police squads to firefighter troupes, groups have been doing their dance routines to the song and uploading them to YouTube. Some are better than others, but one thing is certain, The Git Up is a tune, and it is catchy as heck. 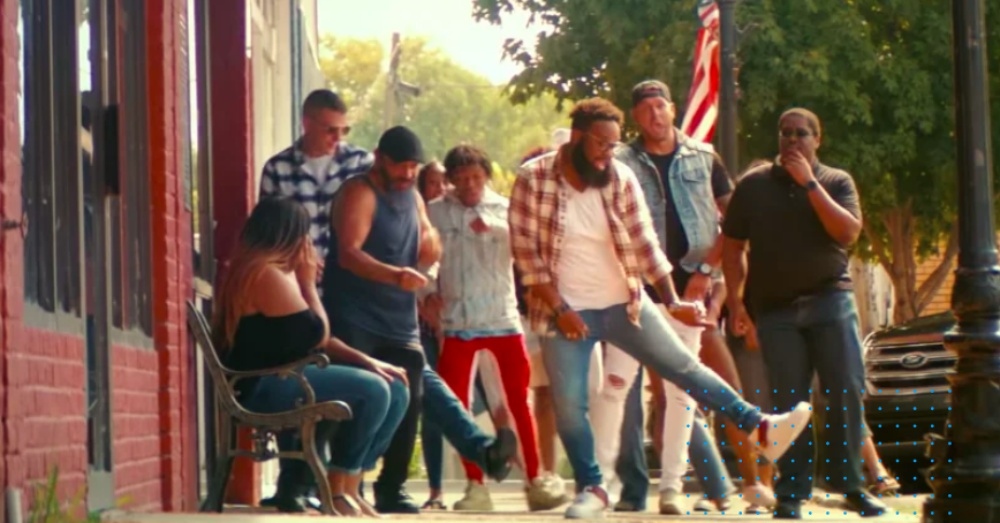 So now we get to our “dancing horse”…

Of course when it comes to the internet, if it’s conceivable, you can find it. I present to you, Rumba the Wonder Horse and his very own rendition of the dance challenge. And not only does this horse have moves, but style to boot! It’s hard for people to pull off giant sunglasses and a cap, but for a horse, that’s impressive! 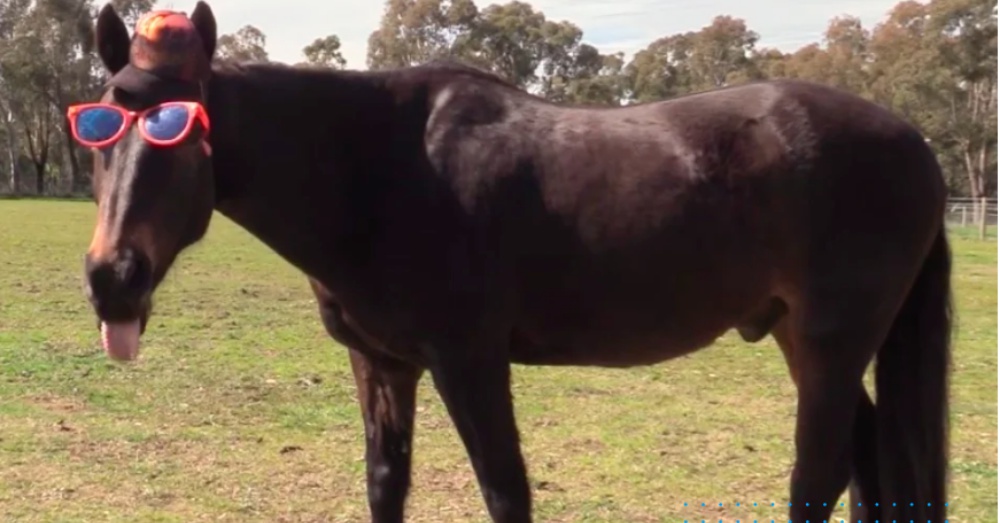 And he can “throw down and take a sip with it”

It’s not even just about the costume with this wonder horse, but the props too! Now that’s some equine talent. And somehow this trotting toe tapper has all the swagger one could want for such a twangy tune. 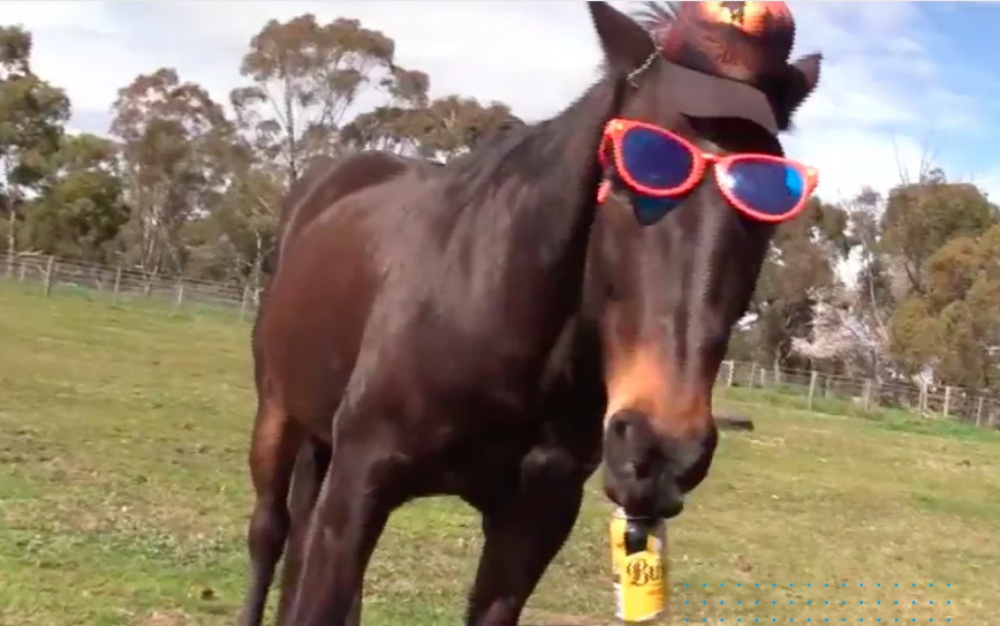 Rumba’s friend is right there beside him for support!

If Blanco can dance with people in a field in his music video then Rumba seems to want to do the same. In fact, with his pal next to him he seems to reach an even higher level of cool. If wearing big glasses and hats is all it takes to look that cool, maybe we should all give it a go. Of course, it’s possible that it’s a matter of attitude and we may never be as cool as battalion of stallions. 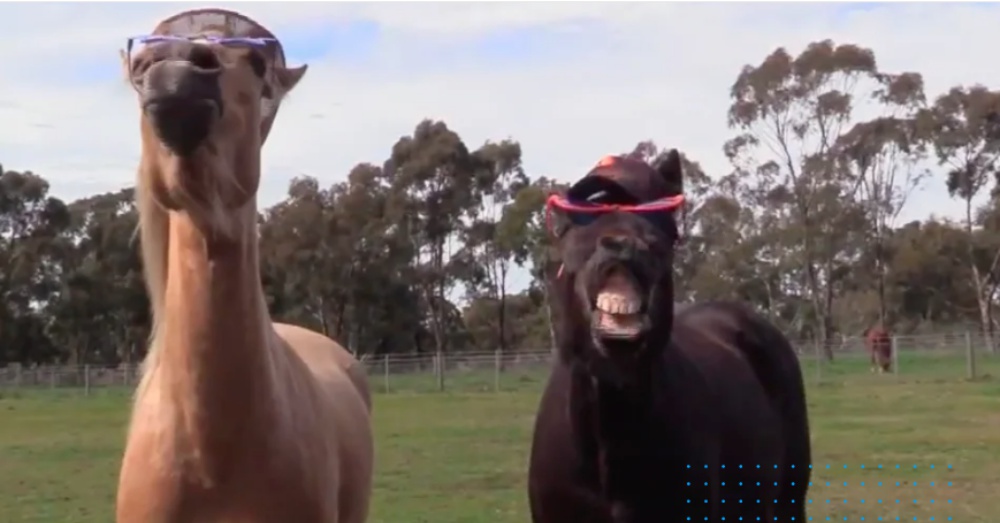 Or do we even have to decide between the two? This is one seriously talented horse and those who train him should be very proud. Rumba knows many tricks and seems to execute them effortlessly. While rumba obviously it talented and the trainers skilled for having trained him so well, they must have had quite a lot of spare time to put this video together… 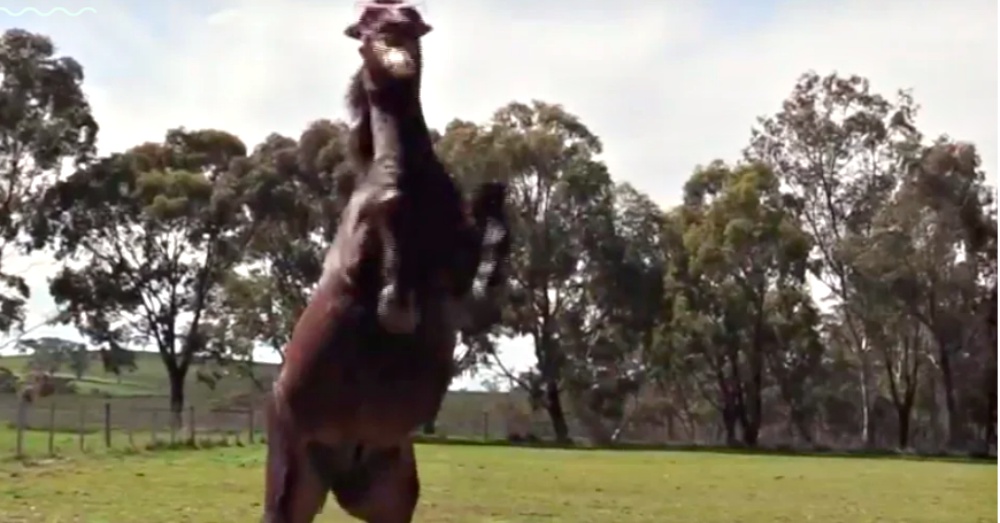 Watch the full video below to enjoy this Giddy up Git Up Challenge!