A video uploaded by a traveler who goes simply by her first name, Elena, has managed to draw over 6.8 million views since it was uploaded in 2015.

That’s partly because it’s fascinating and adorable – an elephant calf is trying to cross the road with its mother but can’t bring itself to trudge through the divot full of water along the side. 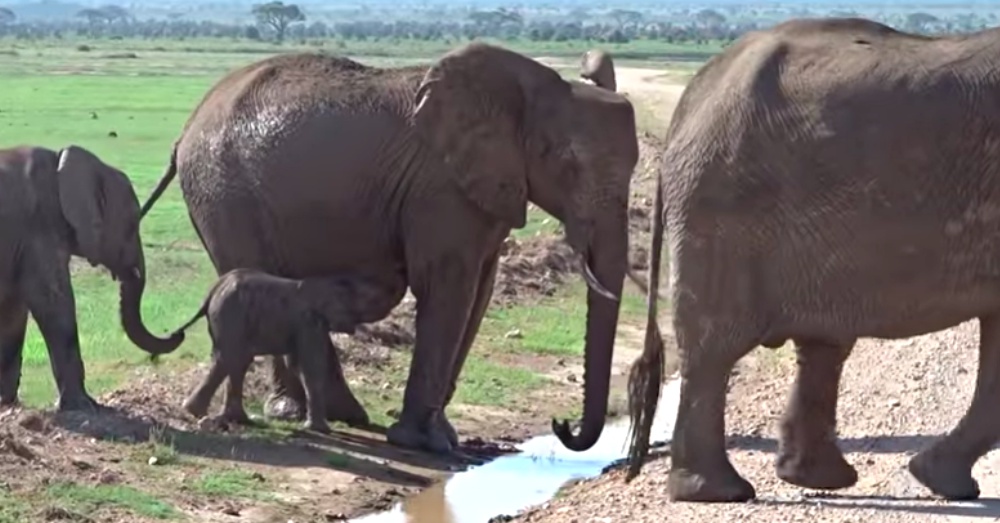 But we’re pretty confident some people are watching it because it’s a masterclass in frustrating YouTube viewers – almost to the point where it’s hilarious. (If you really want to challenge yourself, watch the whole video without reading any comments first. You’ll see what we mean.)

It’s unclear where the video takes place, but these are African elephants and some of the most popular places for elephant-viewing safaris are Botswana, Kenya, and Zimbabwe.

Both Elena and her driver (as well as the oncoming driver) are safe and respectful, viewing the animals from inside their vehicles. But everyone is fascinated by the sight of the stubborn calf. 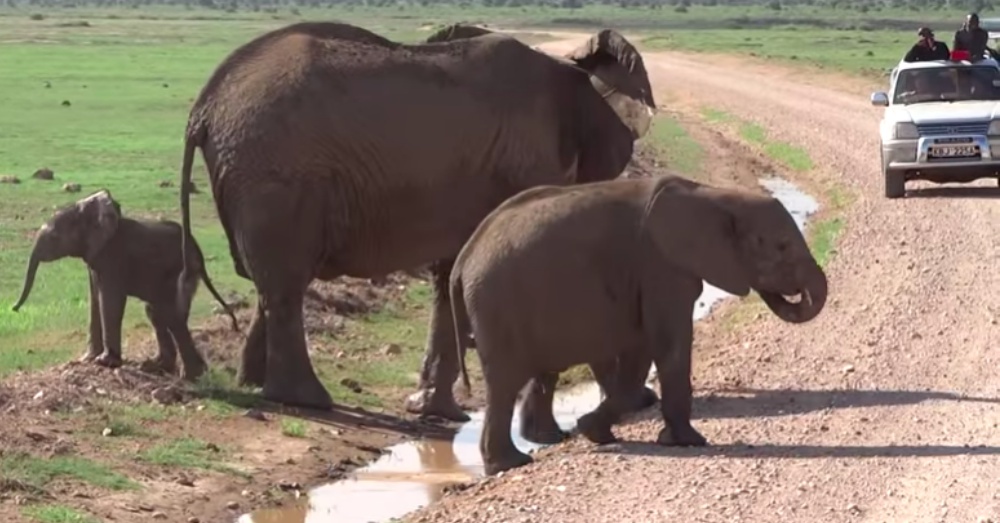 Many of us would be tempted – perhaps out of sheer empathy – to get out and help this mom and her baby. The puddle is just that – it’s certainly not a water hazard. Nevertheless, this little elephant is NOT interested in traversing it to get across the road.

He even tries to go AWOL a few times, but mama’s not having it. 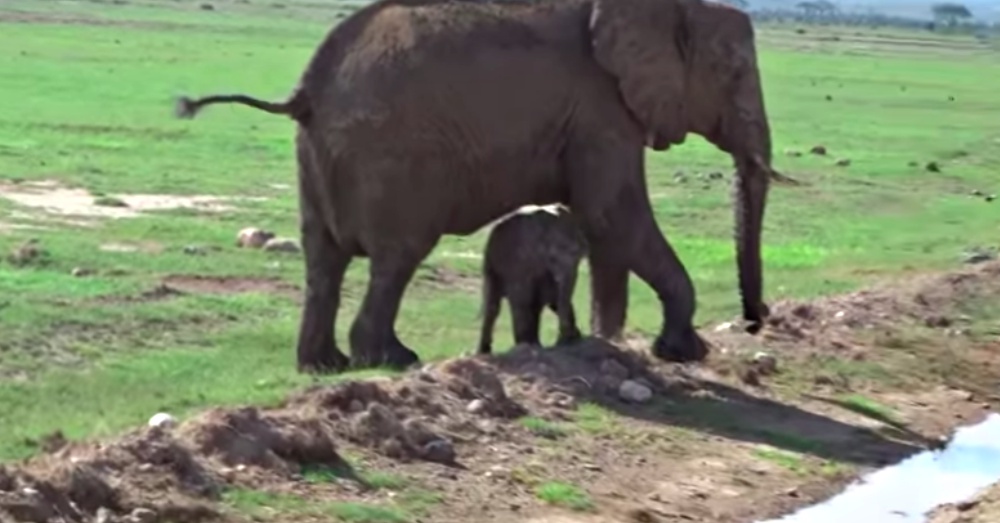 She tries everything from pushing him along with her trunk to trying to corral him under her body and move him forward with her legs to get him to move. But no dice.

Anyone who has ever wrangled a toddler will recognize nearly every trying moment of this struggle, including the escape attempts. 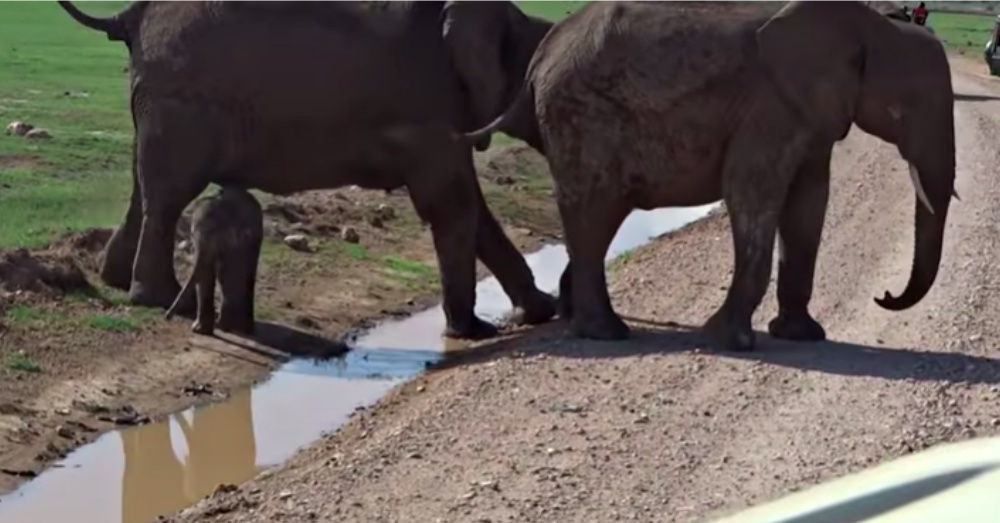 If elephants could put their hands on their hips, sternly say their kids’ names (middle name included) through their teeth, and chastise them for not doing just this *one simple task*, so they could get on with their day, that’s what we’d be seeing.

But their options for discipline are limited. So mom tries, again and again, to get her calf to cross the road.

And elephants are known to be good mothers, so she’s incredibly patient, especially since her calf really does seem afraid. 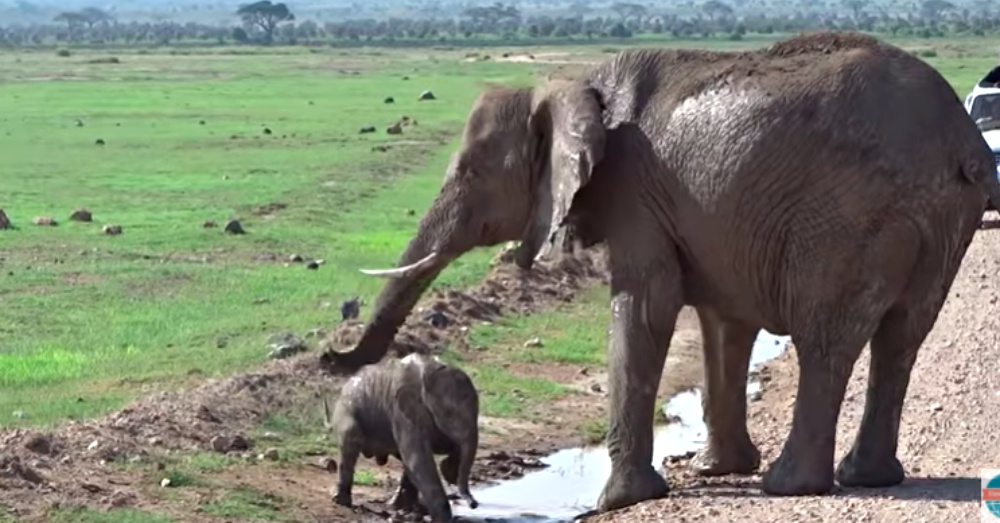 Female elephants often help each other rear calves, so this mom does get a hand from another member of the herd – though that’s not worth much in the end.

It’s pretty clear that both adults are trying to demonstrate how to cross the road without fear and hoping to get across the point that a little puddle never hurt anyone. 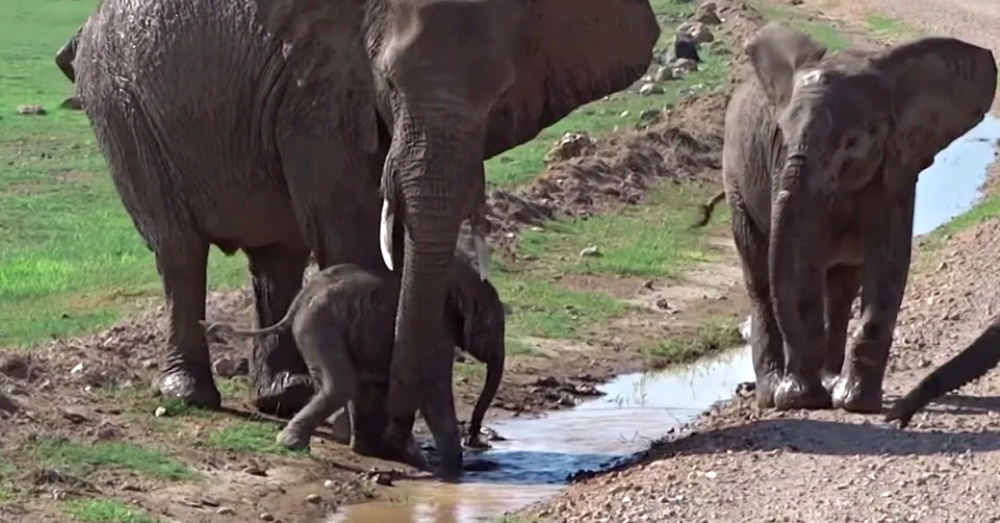 But baby elephant seems to think that getting its feet wet is the worst thing ever. Apparently, there’s just no reasoning with a toddler of any species!

It virtually climbs up onto its mom as if to beg not to go. And for a moment we wonder if a few of them might band together to carry it over the impediment with their trunks. 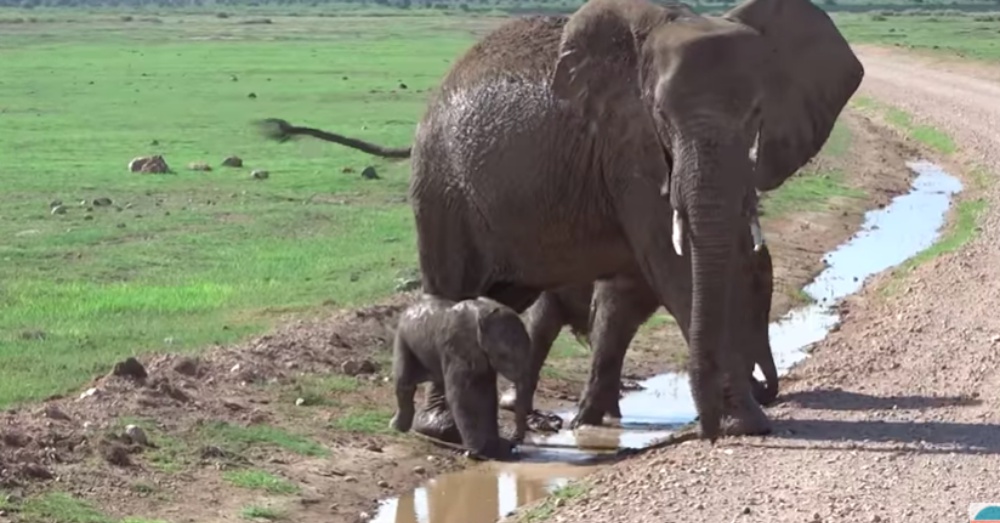 But, hey, we all have to learn to cross a puddle successfully at some point. And mom has picked this as a teachable moment.

While both vehicles seem a little close to the animals (perhaps trying to get them to hurry things along – which is ironic, since they’re theoretically there to observe elephant behavior) they do back away when the elephants get closer.

(And there is a protective moment when one elephant basically honks at them to back the heck off!)

No one wants to mess with a mom or herd-mate who is already frustrated with a stubborn baby. 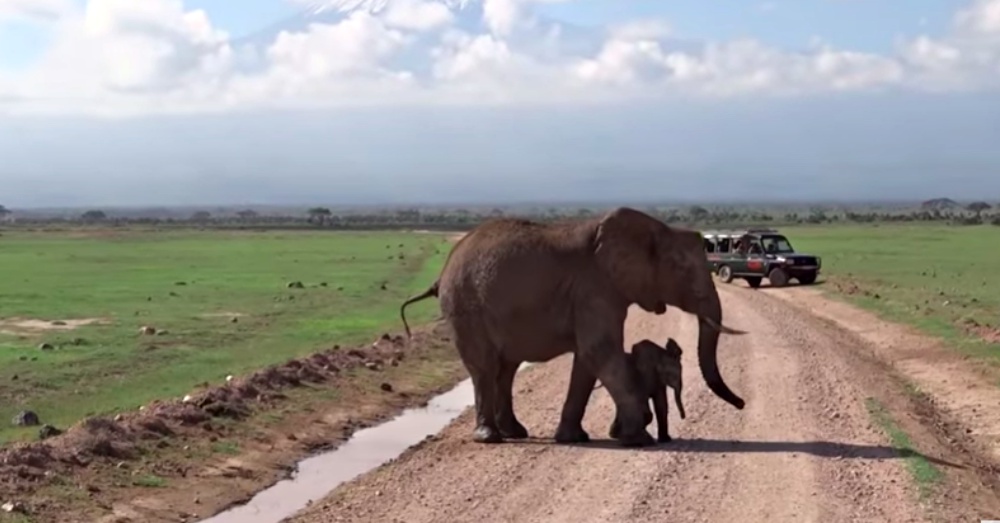 Be sure to scroll down below to see some of the cuter moments from this video.
Just trust us when we say the video has its flaws when it comes to the climactic moment!