A woman from Montreal, Canada namely Lisianne met a stray cat in her yard one day. She noticed that the feline was hungry so she thought that giving her food would help a lot.

That day was the start of their friendship and the woman named her Usagi. Coming back to her home had become a habit for the cat. Every time she would visit Lisianne, she would get food and affection from her. Her trust for her got established in no time. 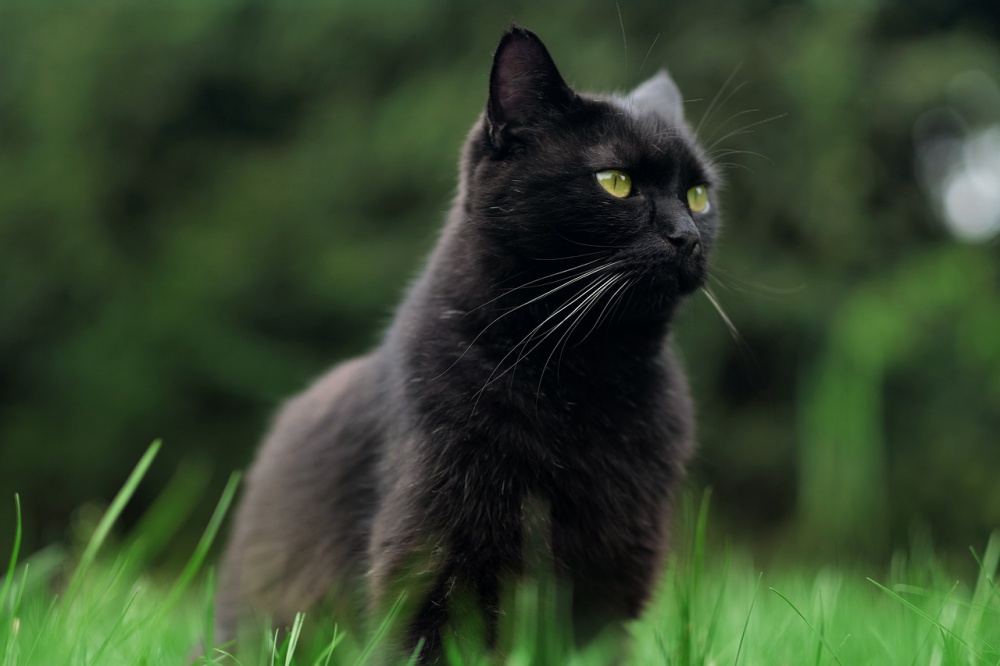 One day, the cat visited Lisianne and surprised her big time because she was not alone.

She was with her 6 kittens and she wanted them to meet her human best friend. 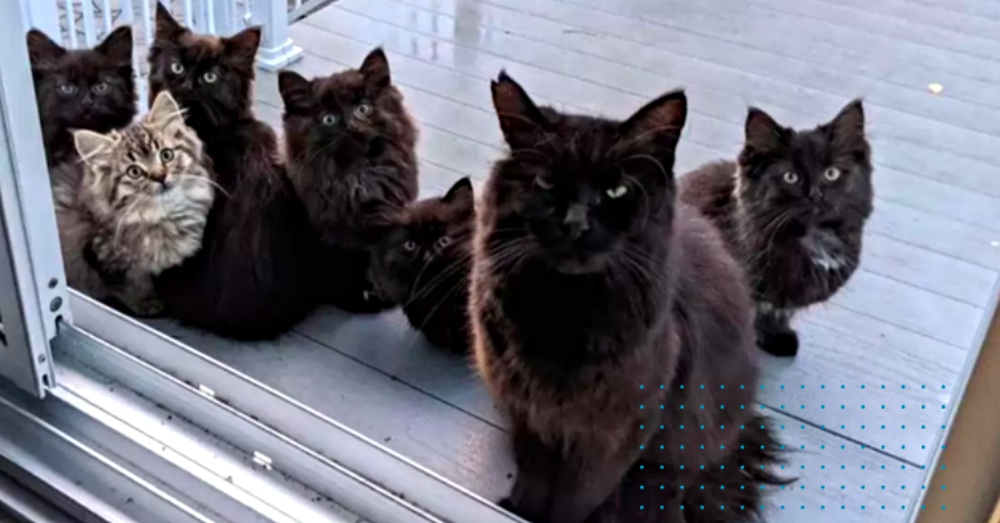 It turned out that the adorable cat was pregnant when she was receiving some food from Lisianne.

The lady spotted the precious kittens on her porch which probably melted her heart. Upon seeing the cute animals, Lisianne knew that she has to do something so the cats would receive the proper care they need.

She then asked for help from the right people, including a local animal shelter. 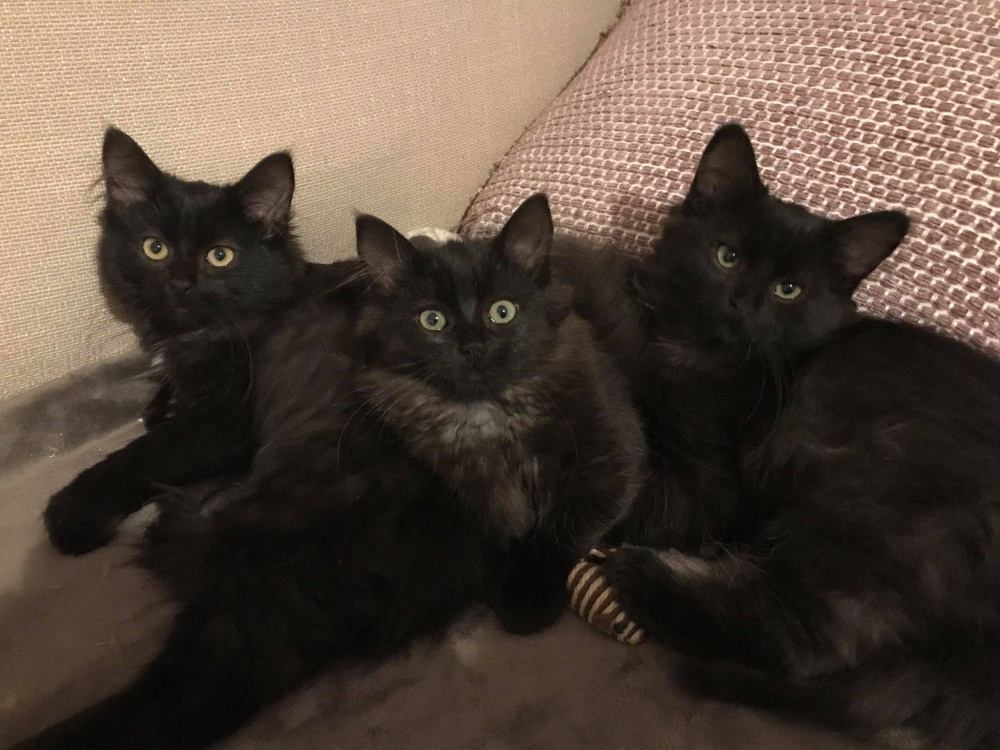 Just like what she has been doing even before, she’s been showering the mother cat with some love and protection. For the cat’s welfare, she decided to spay her to avoid her from getting pregnant again. 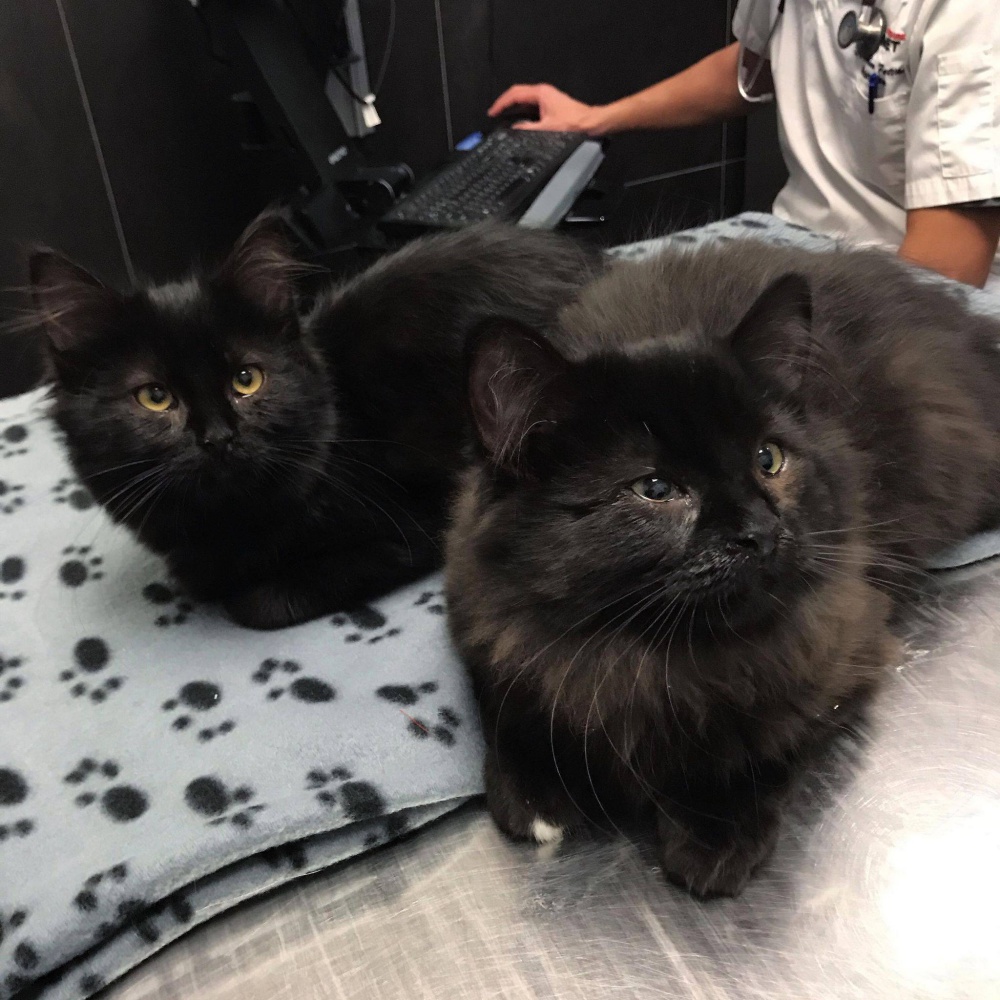 While these two little cuties are Taylor and Tales.

Lisianne made the right decision by bringing the kittens to the animal shelter where they received the medical attention, as they had breathing problems and suffered from conjunctivitis. 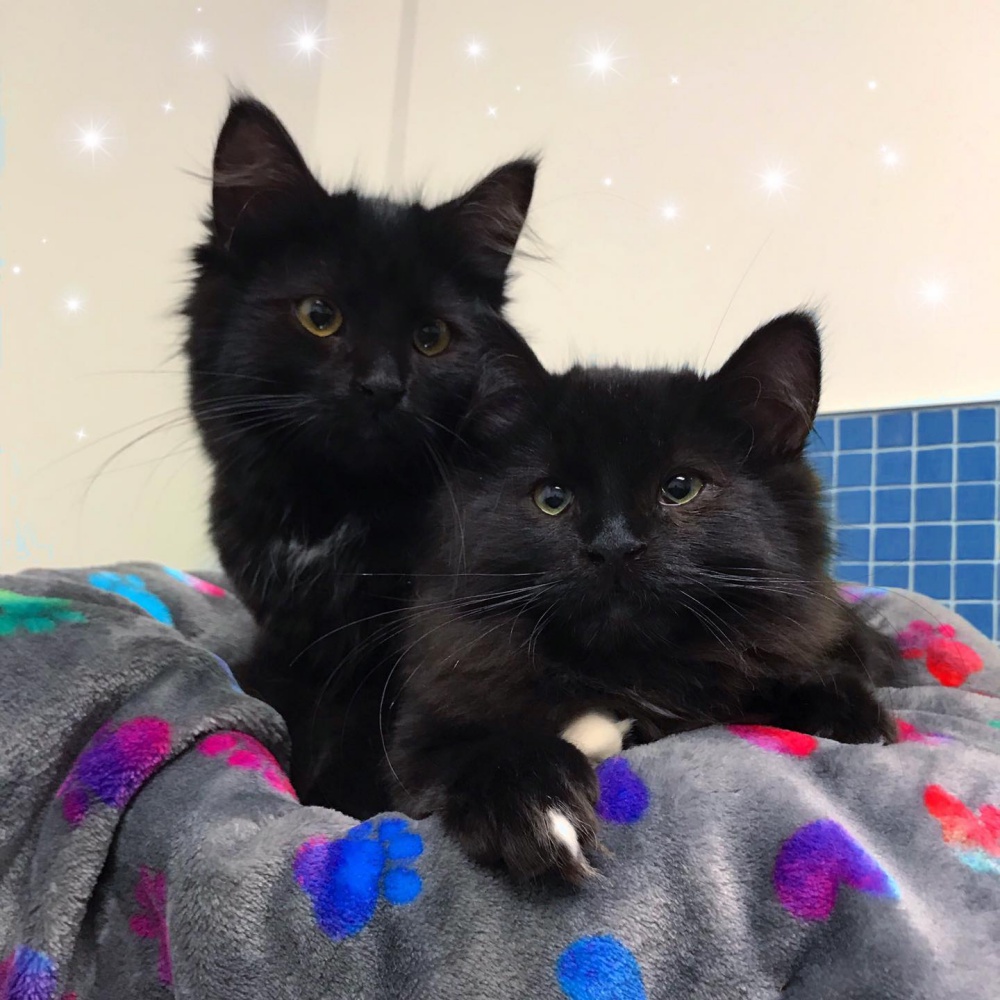 Hopefully, they would find new families that would give them the love that they deserve. Chatons Orphelins Montréal has been posting updates about them on Facebook. According to them, each one of the kitties has unique qualities but one thing is the same – they are all loveable.

“Taylor, Tynie, Tyana and Tales are looking for a family for life. The babies are kind, gentle and nature reserved. They love having fun and they love having attention. They like routine and calm, if it moves, they push themselves. Little ones love other sociable twinks, they seek to be friends.”

Many people were touched by their story. 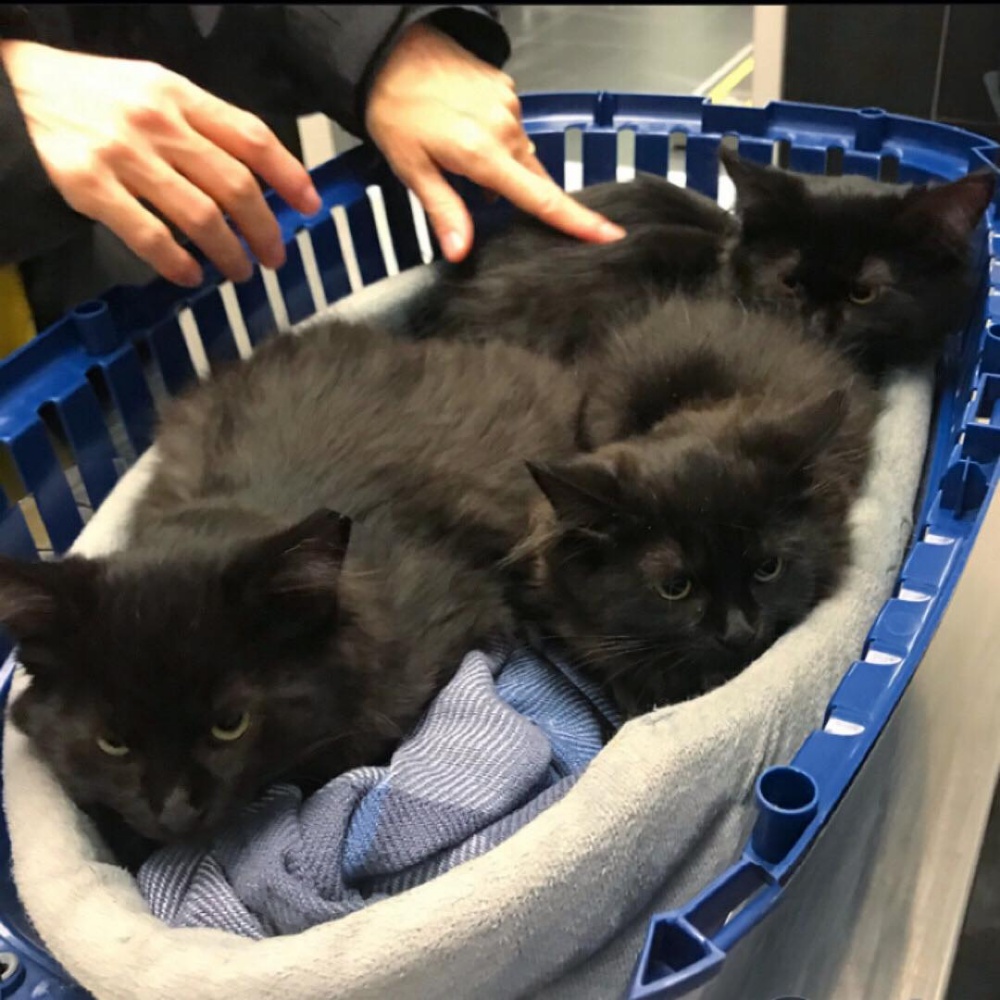 “What a beautiful story. I wish they found a family for life.”

“Oh my word! What a beautiful photo! I would love to adopt every single one of them if l could,” another commenter said. 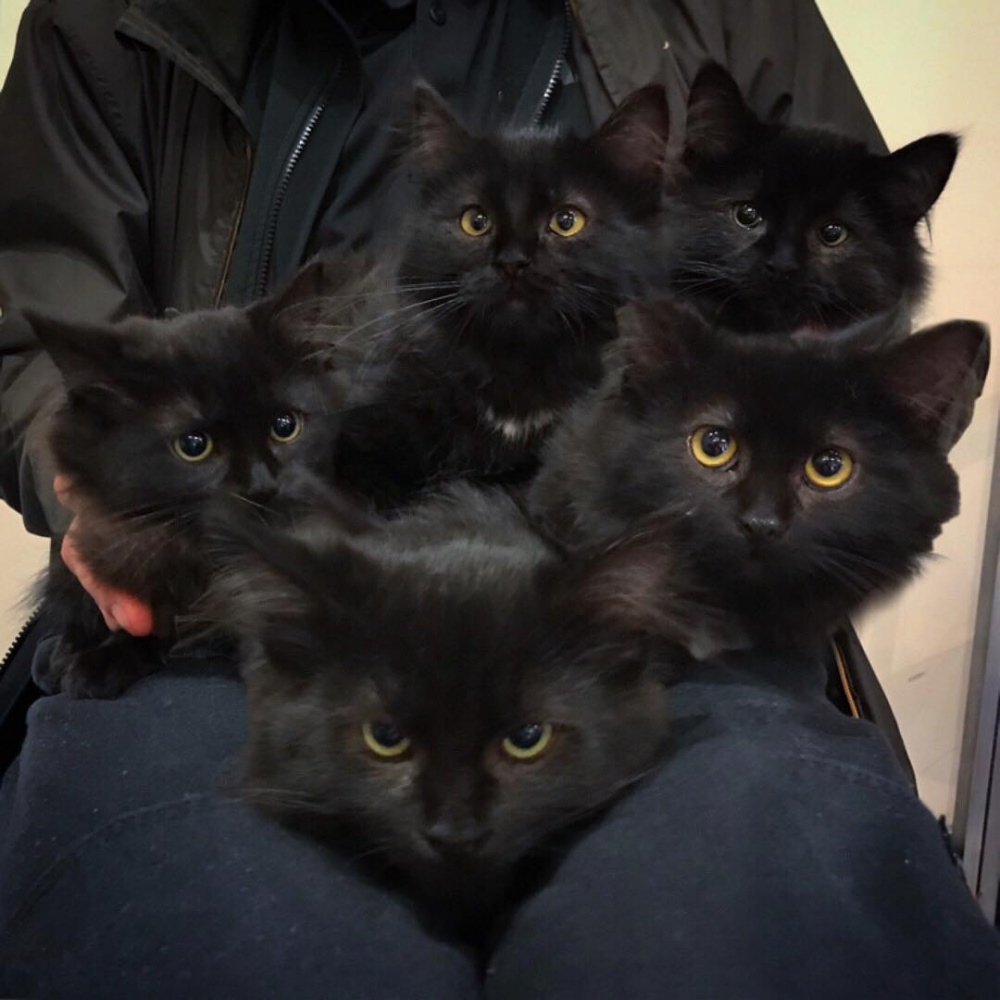 Most of them have the same wish, and that’s for the kittens to find people who will take care of them wholeheartedly. On the other hand, there’s nothing to worry about them as the animal shelter has been doing their best to attend to the kittens’ needs.

You’ll see in the photos how much they exert efforts to keep them healthy. They’re preparing the kittens to be ready for meeting their future owners.

Of course, Lisianne’s kindness towards Usagi and her kids is unforgettable. If not for her, these cats wouldn’t get the proper care. It’s safe to say that she saved them from peril.