One thing that makes the 21st century so exciting is all the advances in technology. Today, people have smart homes, meaning from a remote location, they can turn on the oven, unlock the front door, and change the thermostat, plus more. But even smaller gadgets are making life easier.

Siri, which is a virtual assistant device, was launched by Apple. This form of technology uses voice queries combined with a natural language user interface to provide answers to questions that people ask. So, you could ask Siri the current temperature in a specific part of the world and within seconds, you’d have an answer.

But on occasions, high-tech technology surprises us by doing things it’s not supposed to do. One example has to do with Siri and a dog. 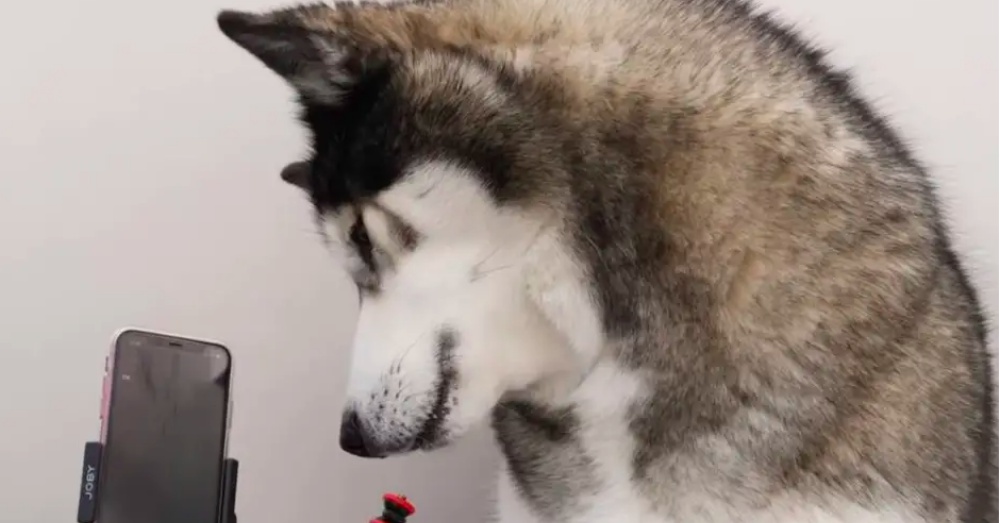 Thanks to the internet, we’re able to see all kinds of funny videos. Some of these have to do with gadgets that go awry. In a video that’s now been viewed nearly 300,000 times, we see a Husky interacting with Siri. Well, if you know anything about this dog breed, it’s that these pups are gorgeous and they like to talk.

The internet is also flooded with videos of talking huskies. Sometimes, they sound as though they’re speaking human words. That includes things like “I love you” and “mom.” It’s uncanny but amazing at the same time. Okay, so back to the video. As mentioned, this one involves a Husky and his owners’ Siri. 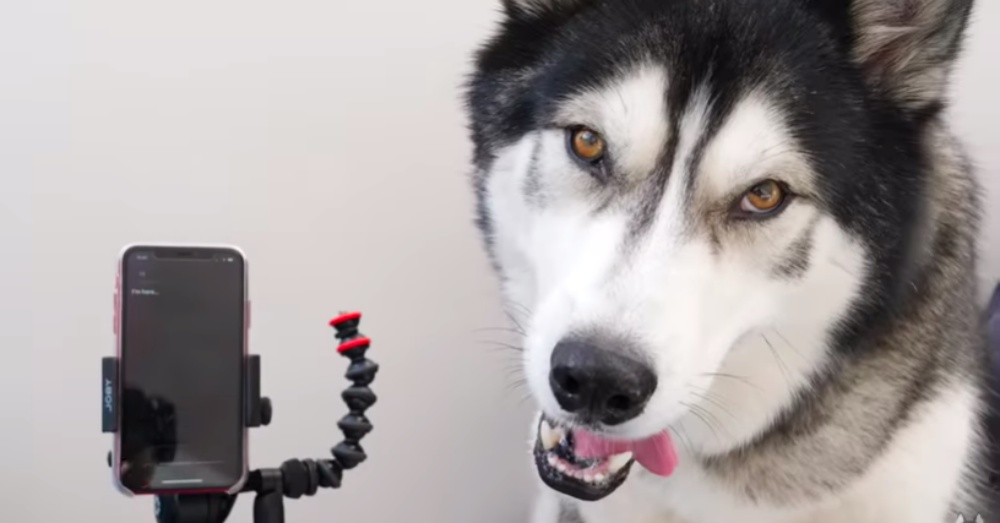 At the start, you hear the dog “talk.” According to the caption, it sounds somewhat like he’s saying “Hello mum.” The funny thing is, he’s talking directly at Siri. Well, since he’s a dog and not a person, this technological device shouldn’t respond, right? No…wrong. 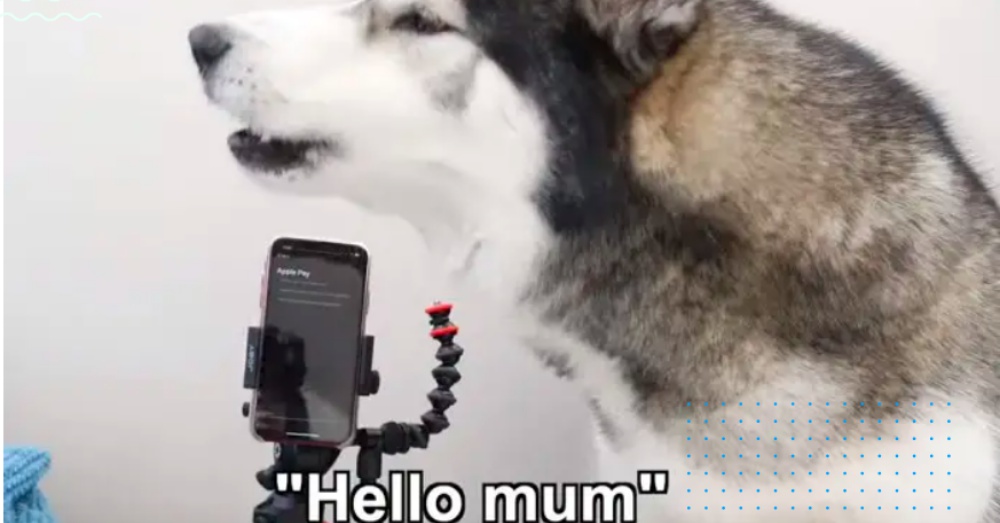 In response, you hear Siri say, “I didn’t catch that. Could you try again?” So, the dog obliges. He again talks with his owner adding the caption, “Are you deaf.” Since Siri didn’t answer, this dog lets out what sounds just like the word “Hello” to which he gets a response. “Hi there, how can I help?” Oh my gosh, this is hysterical.

Then the owner pipes in 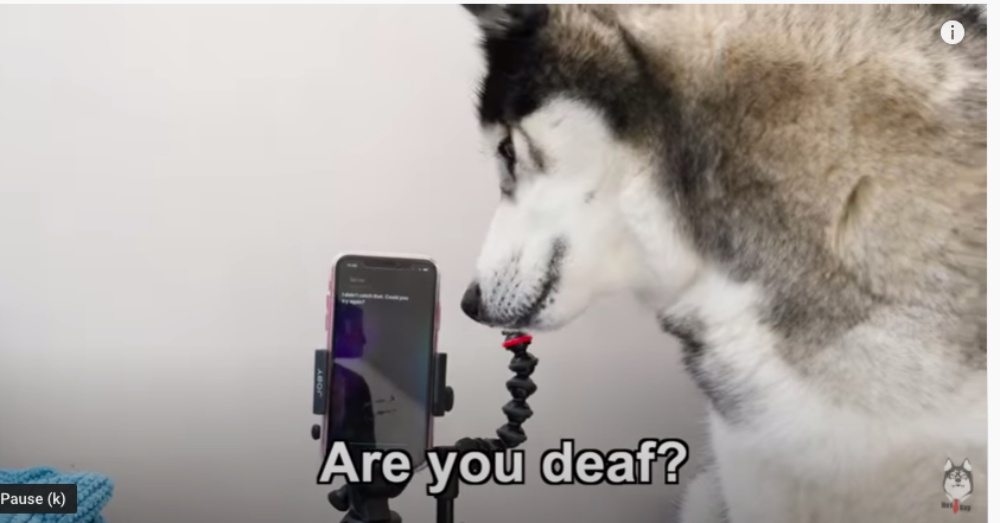 She’s laughing at the fact that Siri answered. But with a heavy accent, this device has a response for her too — “I’m still not sure about that.” Confused, the Husky lets out a sound like “What?” But Siri refuses to answer again. So, he tries with a few more captioned statements when he finally gets an answer, “I’m here.”

This is great entertainment

Throughout the video, this Husky and his human talk. Now and then, Siri has something to say. Okay, so maybe technology still needs a little improvement but this device certainly makes for an interesting and entertaining video. 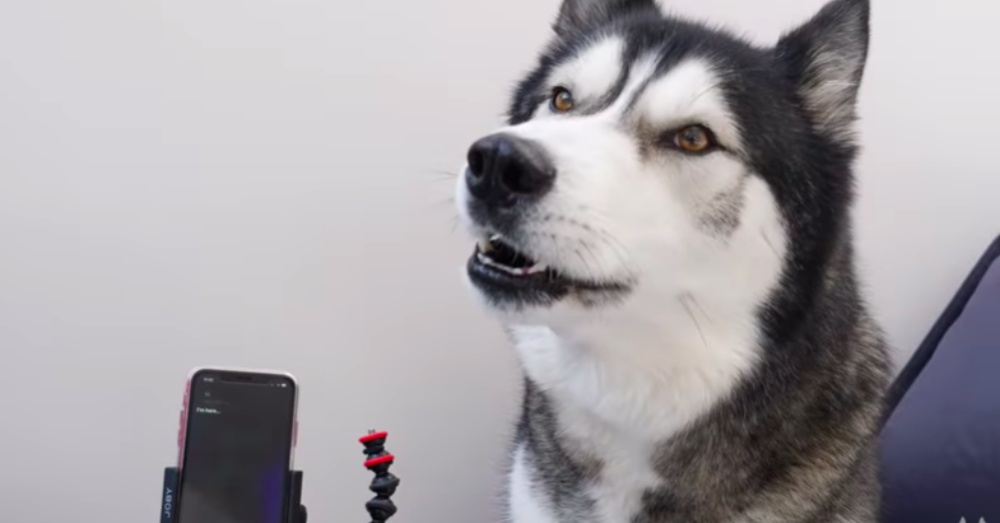 “Hello…what can I do for you?”

At least Siri is trying. The dog’s owner reminds him the device can help. Again, in a caption, he responds with “I know he can.” To that, Siri simply says “OK.” This banter goes back and forth for almost three and a half minutes. At one point, Siri thinks the dog wants to hear music so it starts playing a song. 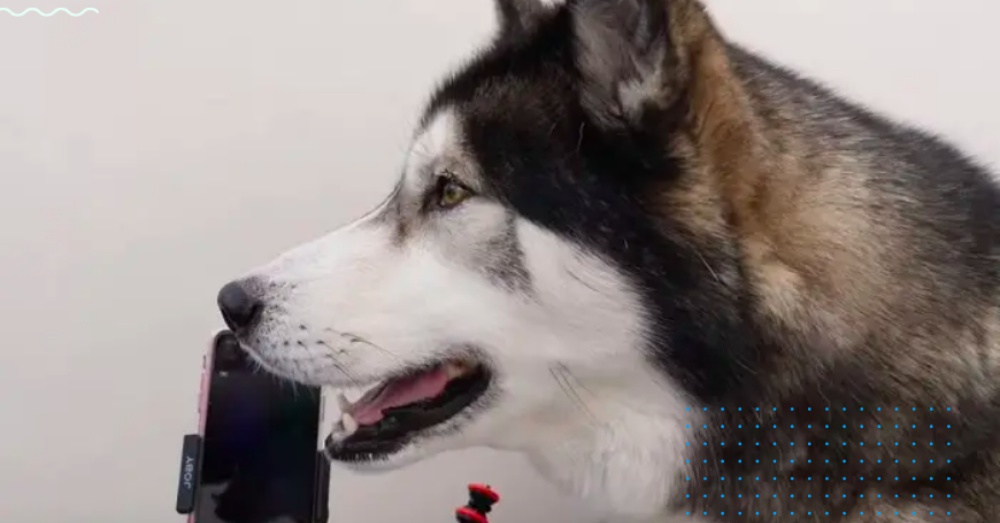 While we know Huskie’s can’t really talk and that Siri can’t understand them, it’s fun to watch this dog and device try over and over again to get it right. If you’re looking for a fun video to watch, check this one out below. It’ll put a smile on your face.