This is the story of a brave snow fox who captured the hearts of many with his tale of valor.

Maciek is the name of a polar fox that was rescued by a home sanctuary from a fur farm. The fox, unfortunately, lost his paw in a tragedy involving his ex-master and has since been trying to recover his strength slowly and surely. The journey gets tough and it’s never easy to get over the hump, but this little fella was able to get it just as the light seemed to fade away. 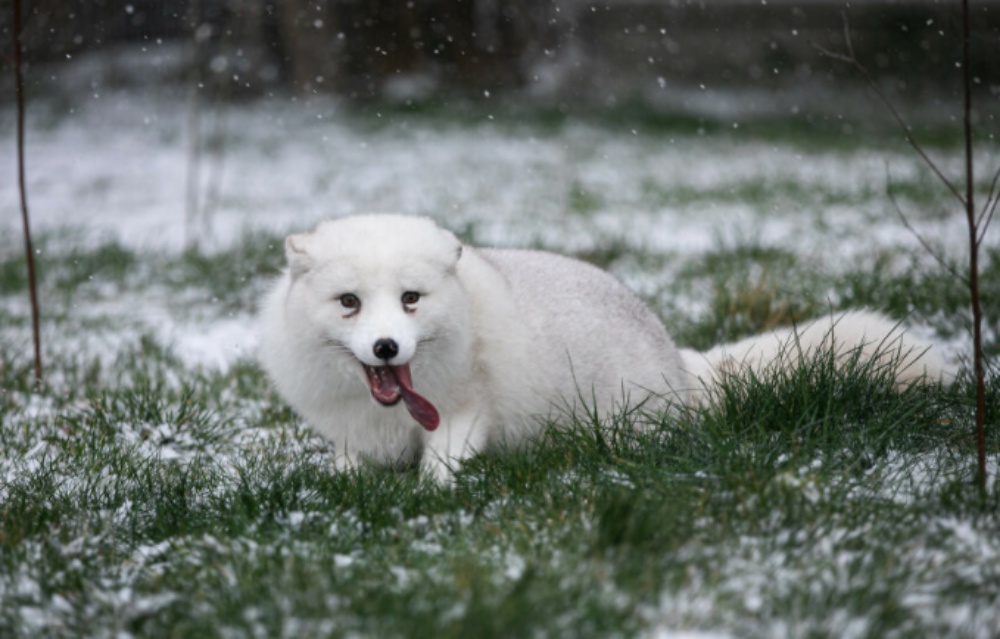 He now dwells in a Sanctuary where he’s receiving the love he never got from his original owner. Not only that, but this time around, a special treat awaited Maciek: one that he never saw coming. 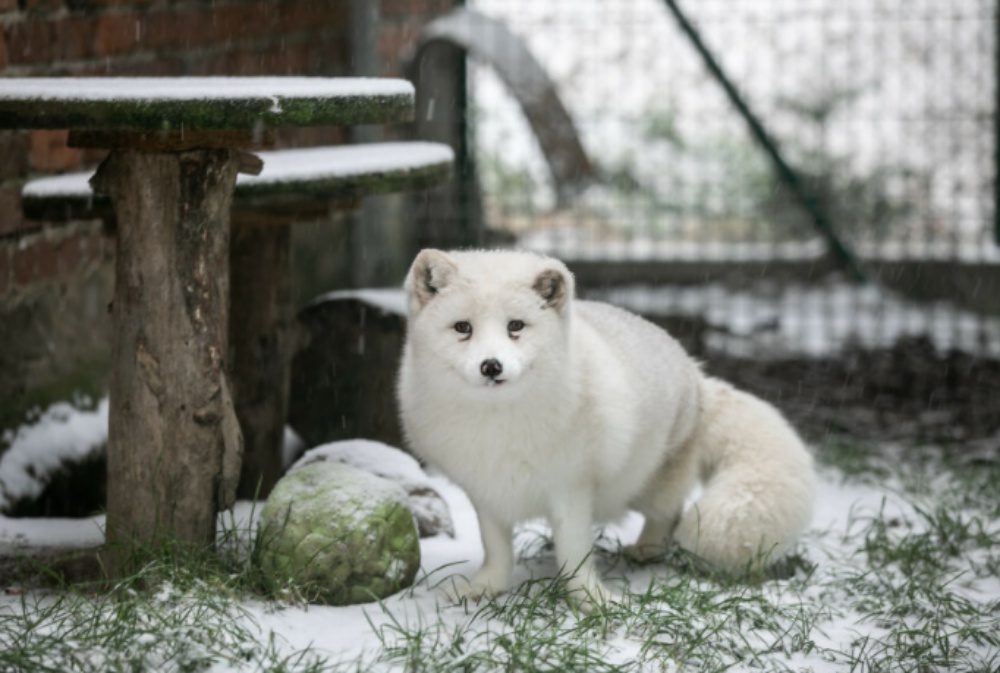 Snow was something the fox has never experienced in his life.

Things would change this year for our furry friend who indeed deserves some good karma after suffering the devastating blow to his paw. 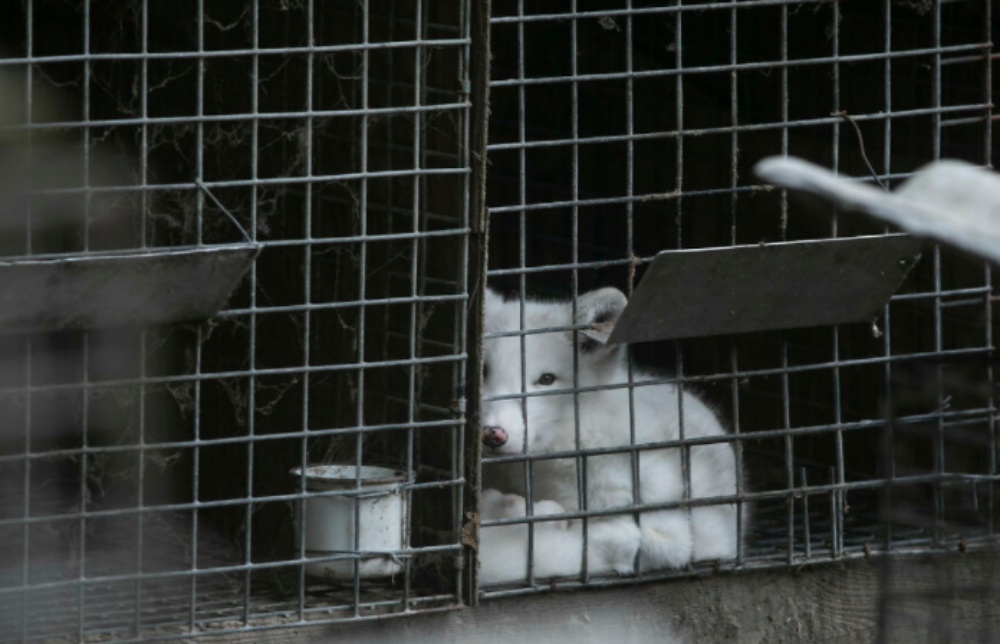 Here, we see the young fox looking beyond his cage after being rescued by activists. 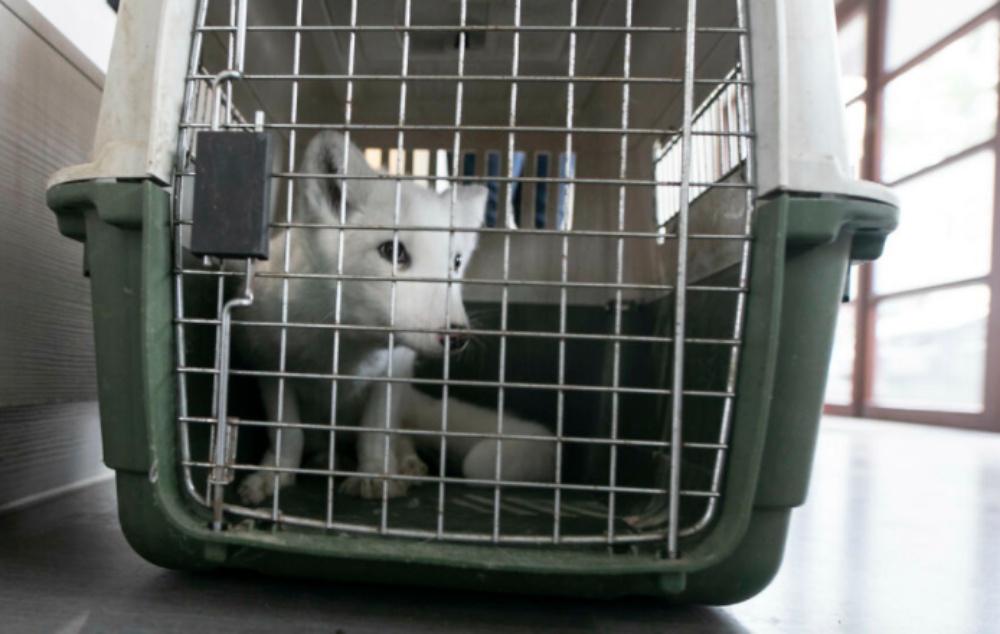 His eyes appear to be keenly peering through the cage like a bookworm on a Friday night. Wounded and beaten, he nonetheless looks courageously apprehensive about the situation; and determined to see it through to the end.

An unchecked paw injury proved to be the Achilles heel that spiraled his life to shambles. Maciek remains incredibly docile in this image even though he is no doubt in terrible pain. One can only hope he gets the help he deserves… 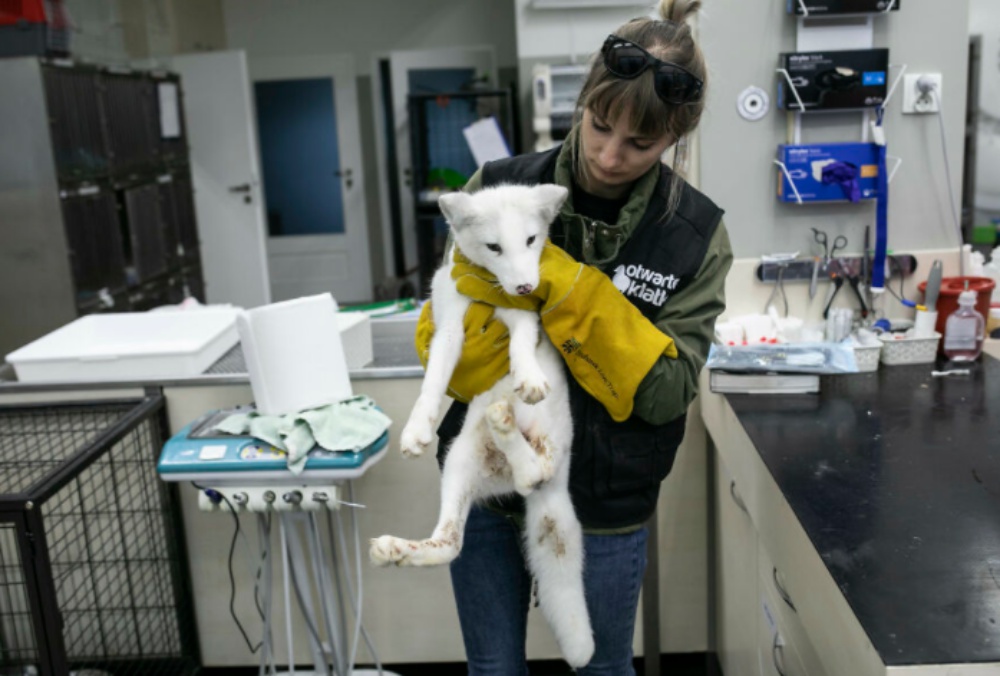 Maciek put up a tough fight, however, the surgeons could not save his paw from the severity of the injury.

It had to be amputated for his own sake. 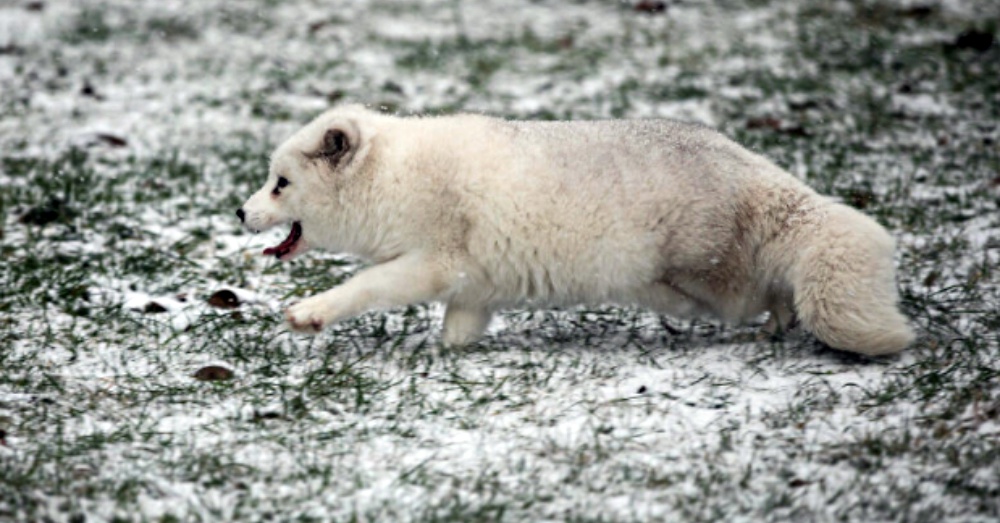 No matter the odds, Maciek kept fighting and pushing himself past the limits.

He still managed to be mobile and active even with only three paws. More importantly, he never stopped enjoying himself in the midst of it all. 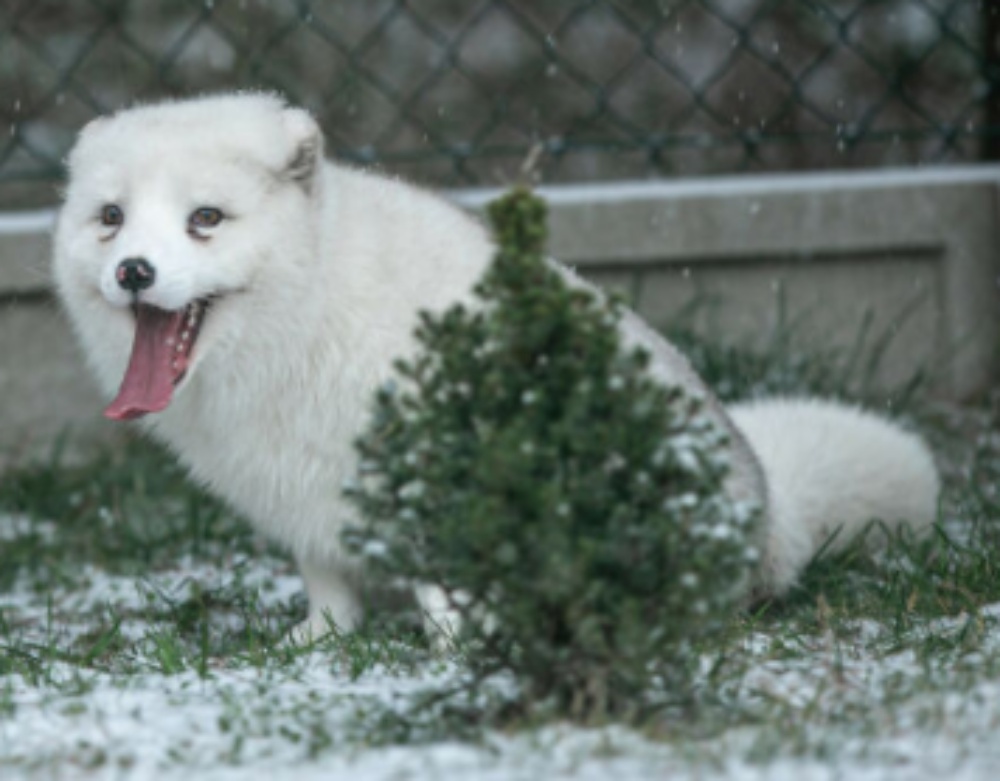 Incredibly, the polar fox is showing no signs of slowing down. Just look at that adorable face of pure excitement! His reaction to snow is all we need to turn any bad day upside down. The real show stopper is that tongue of his wagging in excitement.

If only we all reacted to snow the same way!

Maciek shows us exactly what it feels like to be a kid again. We could only imagine how fast his heart was beating as the first flake of snow touched the top of his head. 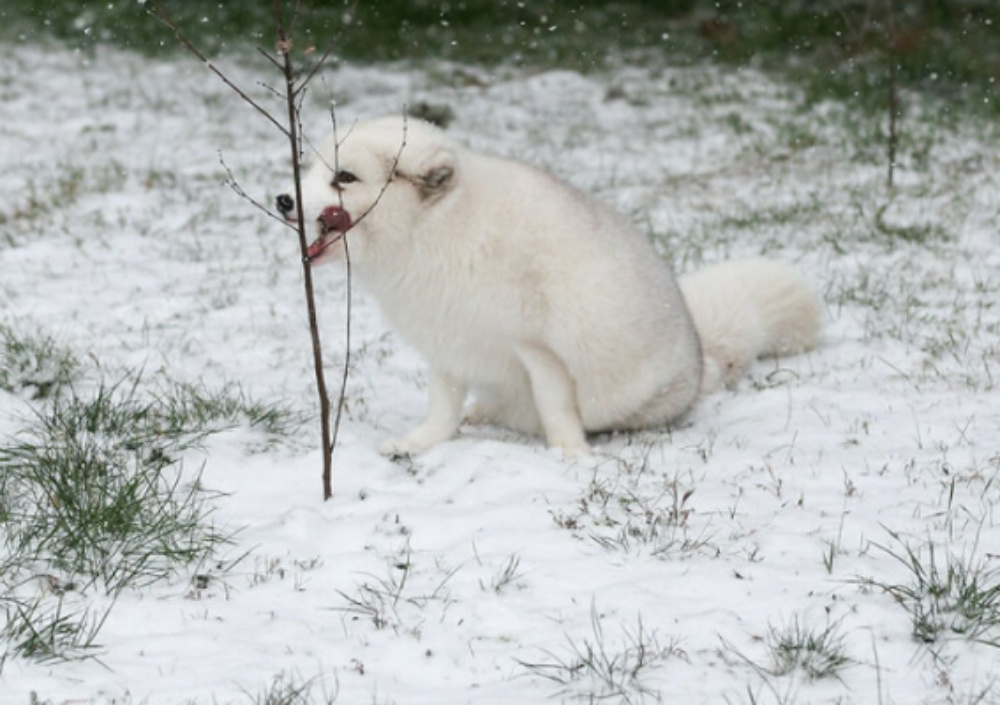 Even this branch isn’t as tasty as savoring the wintery moment. 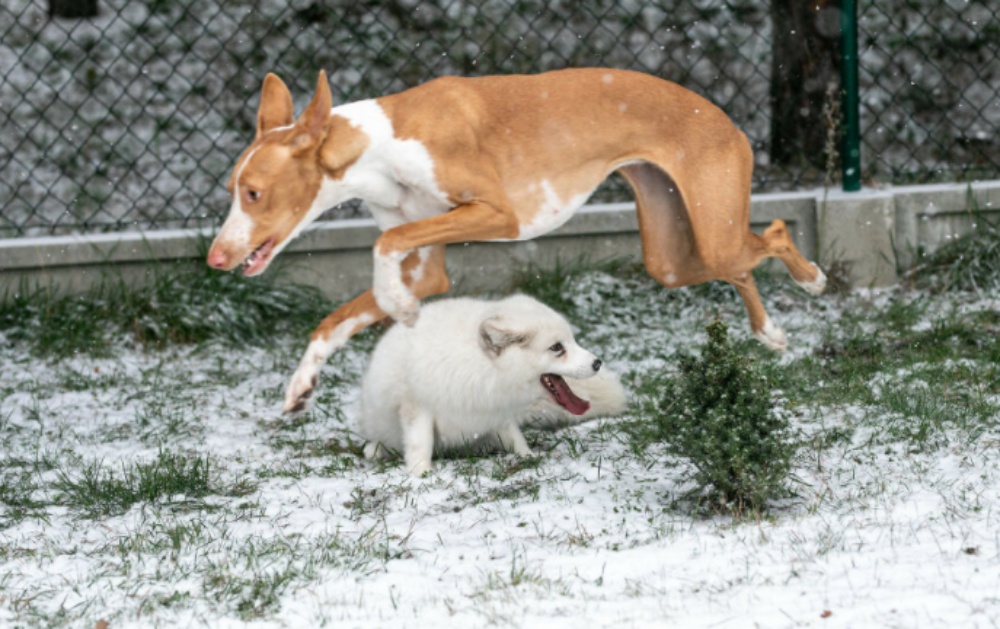 Maciek isn’t alone in his journey. His trusted companion, Klara, let him know that snow was okay to play in. Judging by their faces, we can confidently say the two had an awesome time together. 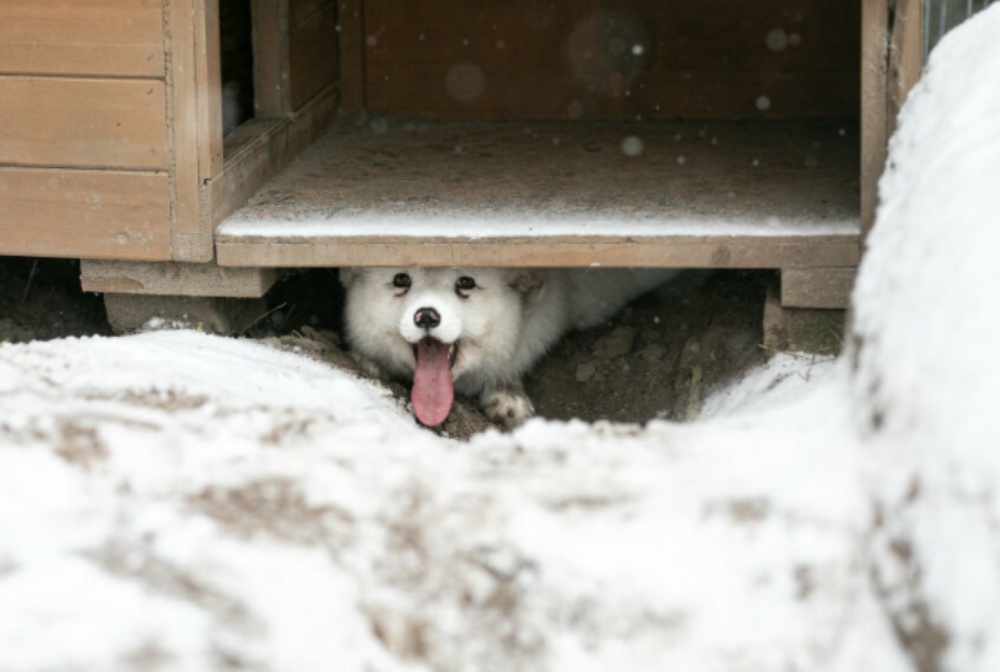 You’d be surprised, but at first, the brave fox wasn’t buying the whole idea of falling frosted powder. The cutie took refuge under a structure to show he was going to be careful the next time he engaged in the unknown. 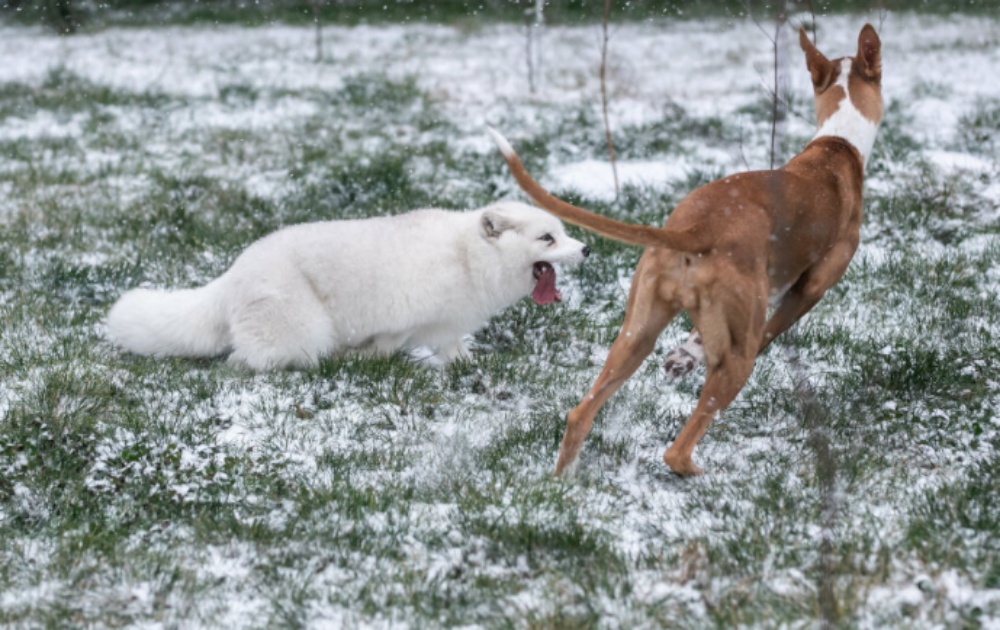 After a bit, Maciek couldn’t help himself.

He took a leap of faith and it paid off tremendously, with his face saying it all. 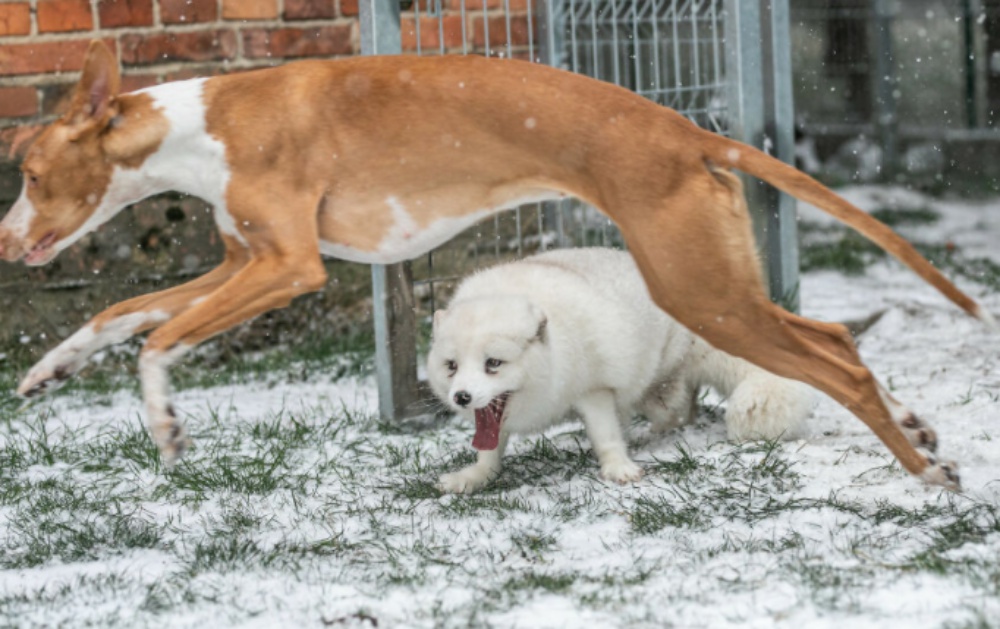 No matter what, this snow fox had the time of his life.

Despite going through a painful trauma, Maciek still persisted and never gave up on his desire to have fun and experience life like never before.