Lana the puppy was just 8 months old, and she had spent almost the entirety of her life living out on the streets of Brazil. But despite her difficult start to life, when Lana was rescued and taken to a local animal shelter, she instantly charmed all of the staff, and it wasn’t long until she was adopted. 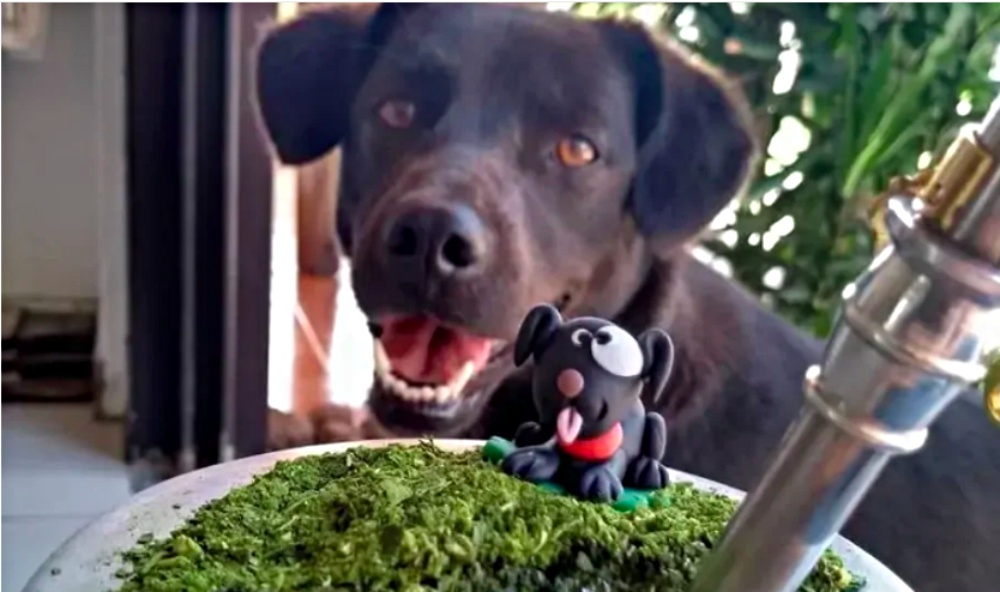 A small pup with a big heart.

Suelen Schaumloeffel and her fiancé fell in love with Lana from the moment they first laid eyes on her, back in July 2017. Not only was she totally adorable, but after her life out on the streets, the pup was hugely appreciative for everything she was given. 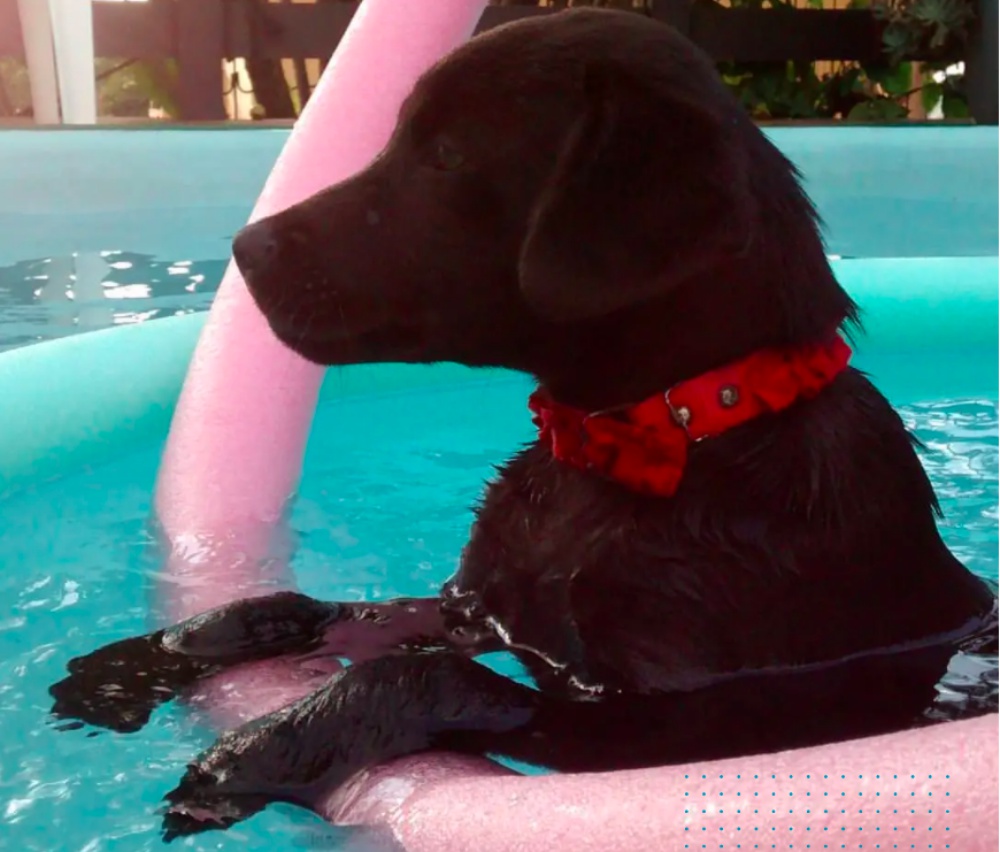 Lana soon settled happily into her new home, and one of her favorite parts of the house was the huge, fenced-off garden where she could run around for hours or even take a dip in the couple’s pool. 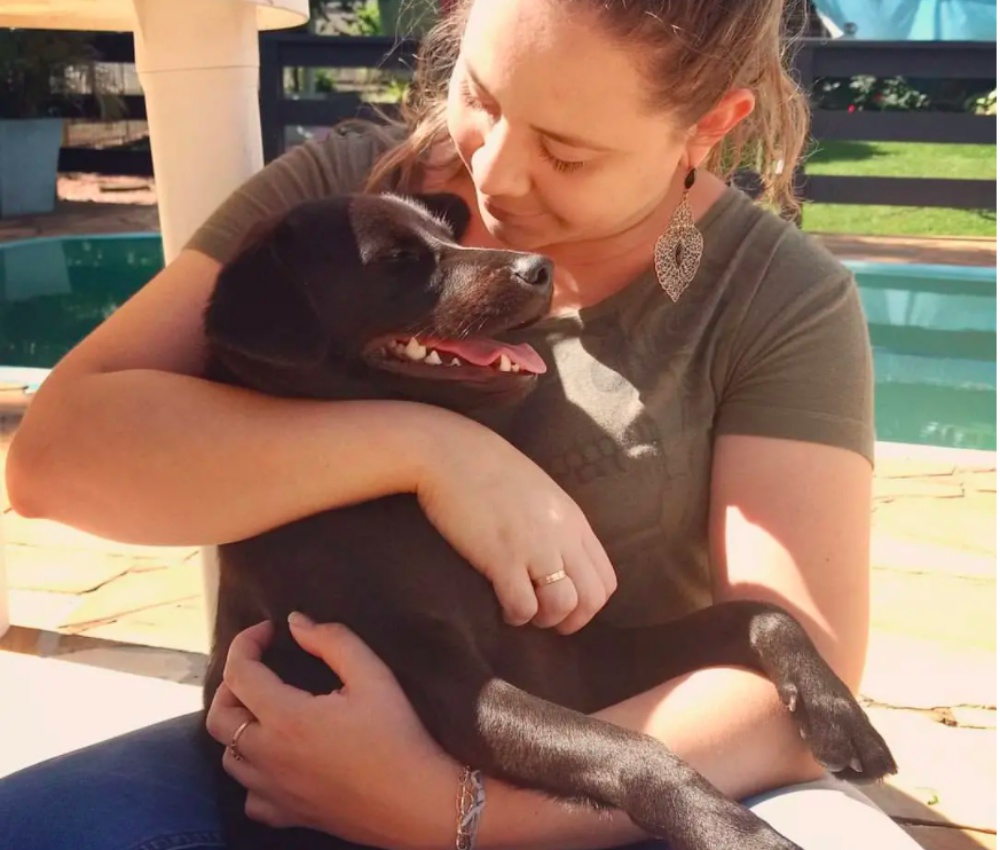 But although she was now living the life of luxury, it appeared that Lana would never forget about her time out on the street.

Every evening, Lana would settle into her dog house for a good night’s kip. It’s pretty common to keep your dog outside in Brazil, and the securely fenced garden ensured that Lana wouldn’t be able to escape, and nothing would be able to hurt her. 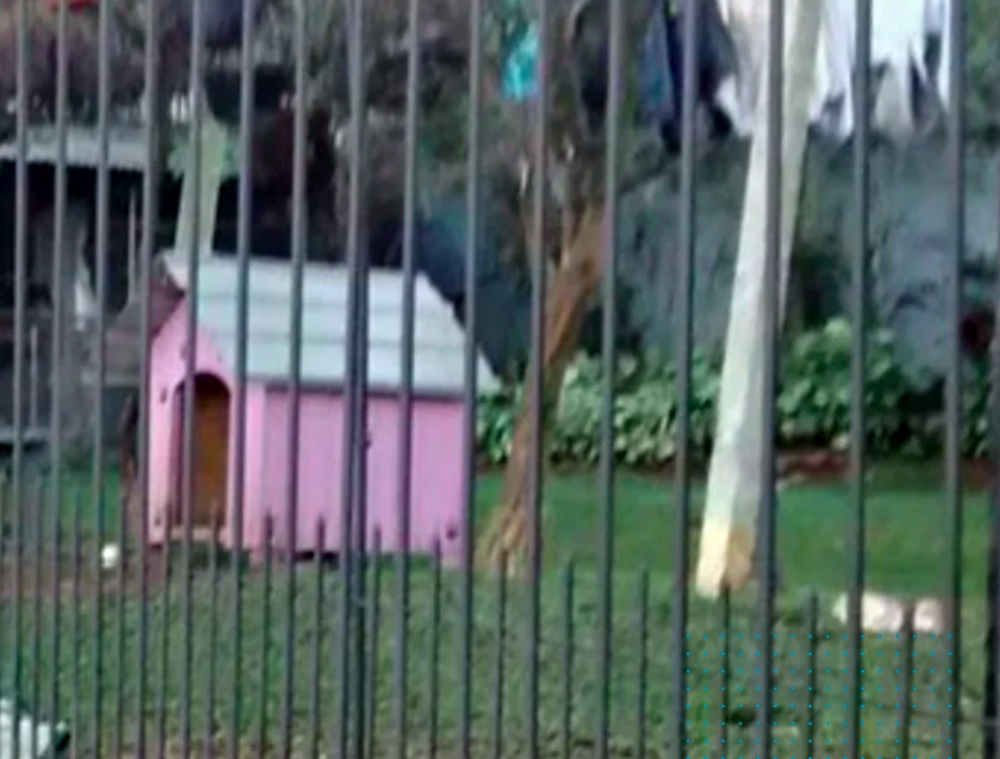 Lana’s mom and dad had bought her a lovely soft blanket to keep her cozy- but it wasn’t long before the pup had decided that her blanket was simply too big for just her alone.

She wanted others to enjoy the blanket as much as her.

The next morning, when Suelen’s fiancé went outside to check on Lana, he spotted something which instantly warmed his heart. The blanket had been dragged to the garden fence and was now protruding out onto the sidewalk.

Sleeping peacefully on the blanket on the other side of the fence was a small stray dog. 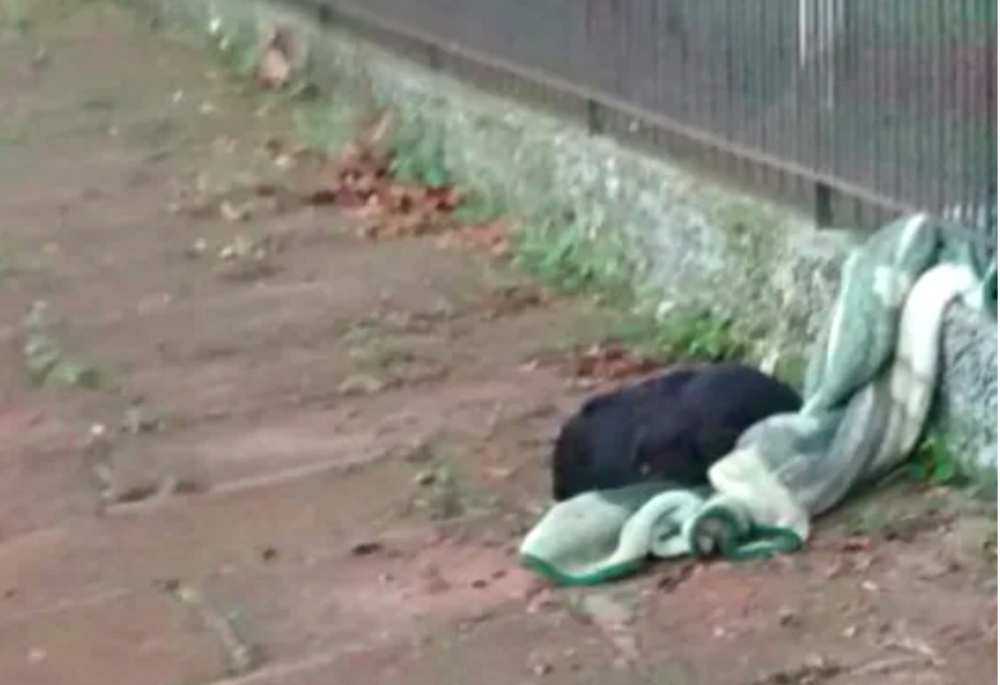 It appeared that Lana still had complete empathy for the stray dog on the streets, and she had wanted to share some of her home comforts with it.

Lana’s dad snapped a photo (now removed) and shared it online in a heartwarming post: 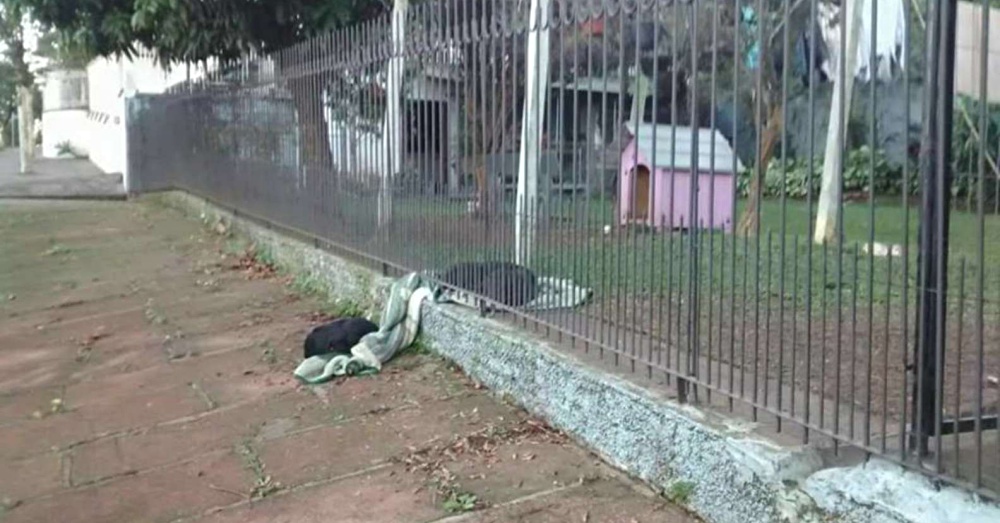 Suelen’s heart filled with love over her puppy’s act of kindness.

“I thought, ‘How beautiful what she did for her friend,’” Suelen told The Dodo. “My best four-legged friend reminded me of something so important: generosity!”

Lana had done her best to help the stray dog, and now it was Suelen’s turn. But as she approached the dog to check if he had an ID tag, he ran away before she could reach him. Sadly, many stray dogs in Brazil have been treated with cruelty therefore are incredibly nervous around humans. 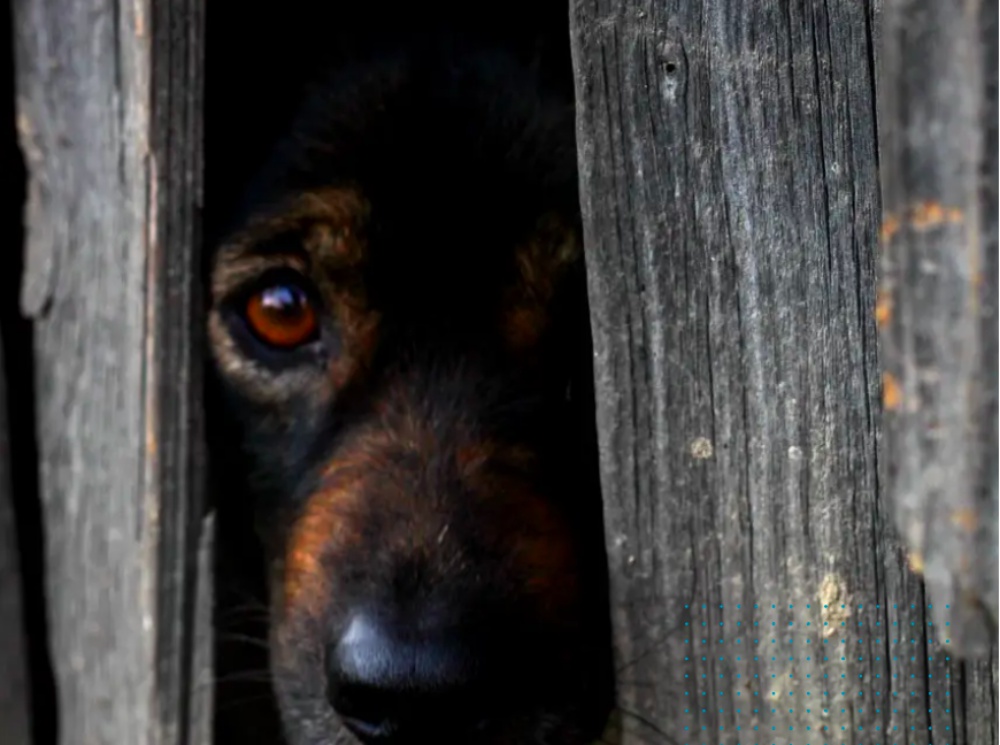 Suelen has since spotted the stray dog around her neighborhood, but she can never get close enough to rescue it. But she decided to take a leaf out of Lana’s book, and she left food and water out so that the strays wouldn’t have to forage for their every meal.

The little stray has visited the couple’s house quite a few times for something to eat, and while he is still wary of humans, he gets on brilliantly with Lana.

“She is the nicest little dog I’ve ever met,” Suelen said. “We forget sometimes the difference we can make in someone’s life. She reminded me of this.” 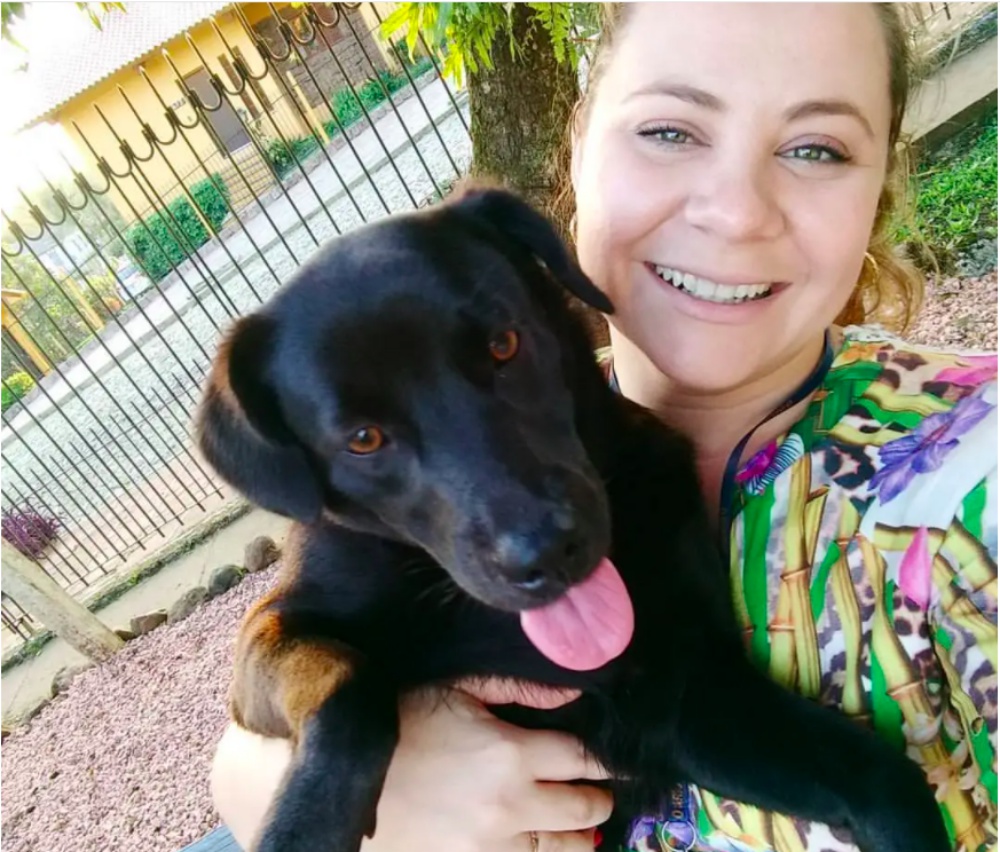 The heartwarming photo that Suelen posted on Facebook soon went viral, and it was shared thousands of times before it was removed.

“Seeing her friend without a home and cold, Lana did not hesitate to share the blanket. She took it to the fence and offered a piece to her friend,” Suelen wrote. “Each on one side of the fence, but both warm.

Lana’s act of kindness left Suelen reflecting on our morals and values as humans.

“Can a dog be more supportive and rational than us…Yes!
How many times do we see one of our own passing by in need and ignore them? Pretending you didn’t see doesn’t eliminate the problem, but it gives the false feeling that this problem doesn’t exist.”

We think she makes a good point!