Polite Raccoons Take 1 Peanut Butter Sandwich At A Time After Man Opens Door To Feed Them, Except One

Since YouTube was created back in 2005, raccoons have been going viral for all sorts of hilarious shenanigans. Like this group of orphaned raccoons who politely took one peanut butter sandwich each, until that one guy came along and snatched a hand full before running off.

These raccoons are too cute, especially the baby one! 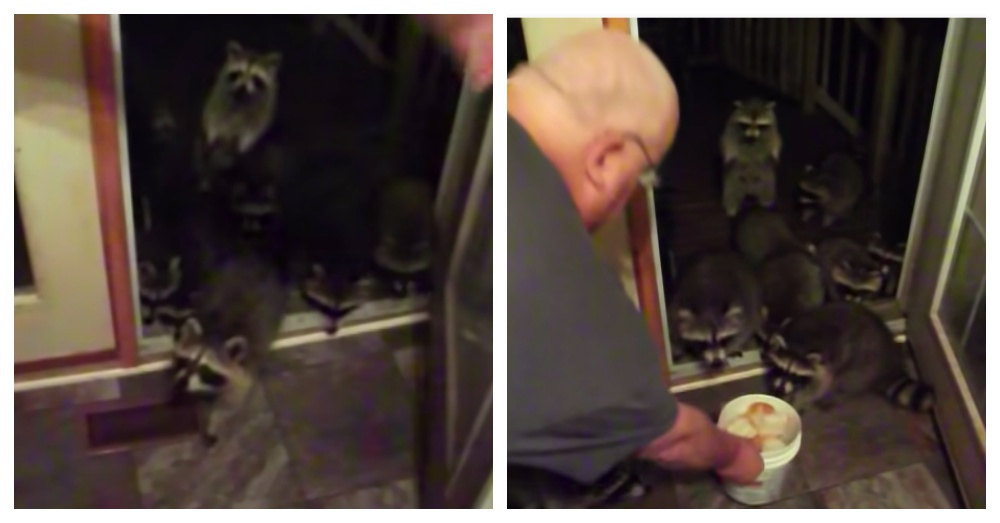 This group of hungry raccoons went viral after they politely take a sandwich, except for one “little piggie”
At the beginning of the video, you can see raccoons through a closed door but you can’t tell how many there is. When he opens the door you see a huge group of raccoons who waltz right in.

That’s when you see the man behind the camera put out a bucket of peanut butter sandwiches, they each began grabbing a sandwich with their little ‘human-like’ hands. Suddenly, a greedy raccoon scurries away with multiple sandwiches squeezed in his paws. 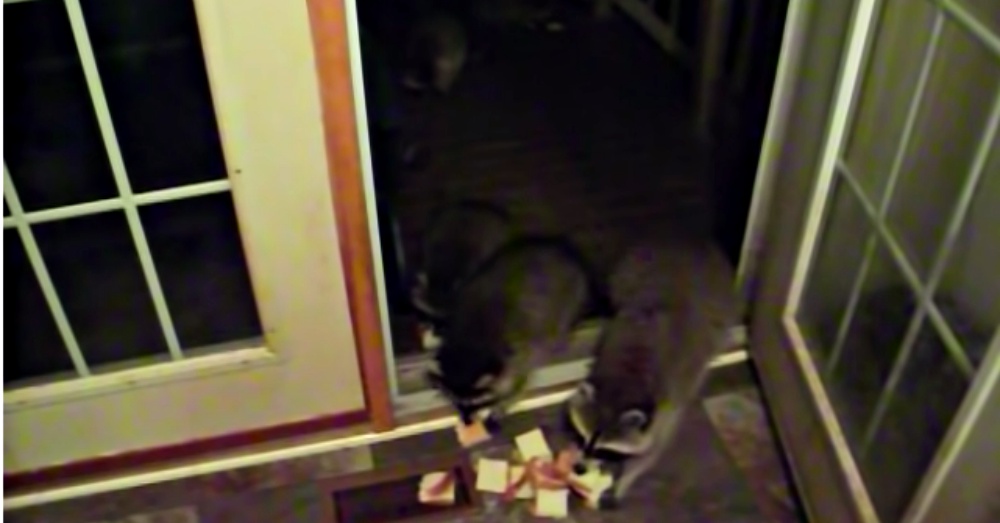 After the glutenous raccoon fills his belly, a little baby hesitates on getting a sandwich as he tries to work up the courage.

The baby raccoon will melt your heart, he debates going in before changing his mind and repeating the cycle. The rest of them have no problem strolling up and feasting.

This is actually a nightly ritual for the family of raccoons, thanks to Canadian, James Blackwood. Named “The Raccoon Whisperer” on YouTube, James has a sanctuary for raccoons on his property where he rehabs them. 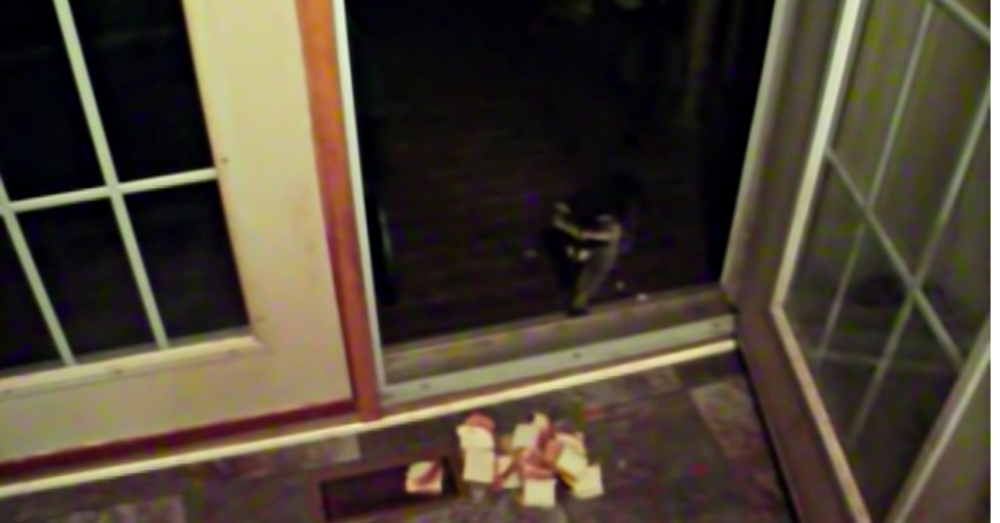 James has been rehabbing raccoons for 20 years, his wife did it before she passed away in 2003 from cancer. One of her last wishes was for him to take care of her raccoons.

On the caption of the YouTube video, James explains how he came to taking care of raccoons for over two decades.

“This was my wife’s project and she died in 2003 of Cancer and begged me on her death bed to take care of her raccoons and cats and her mother.” James wrote in part of the caption. 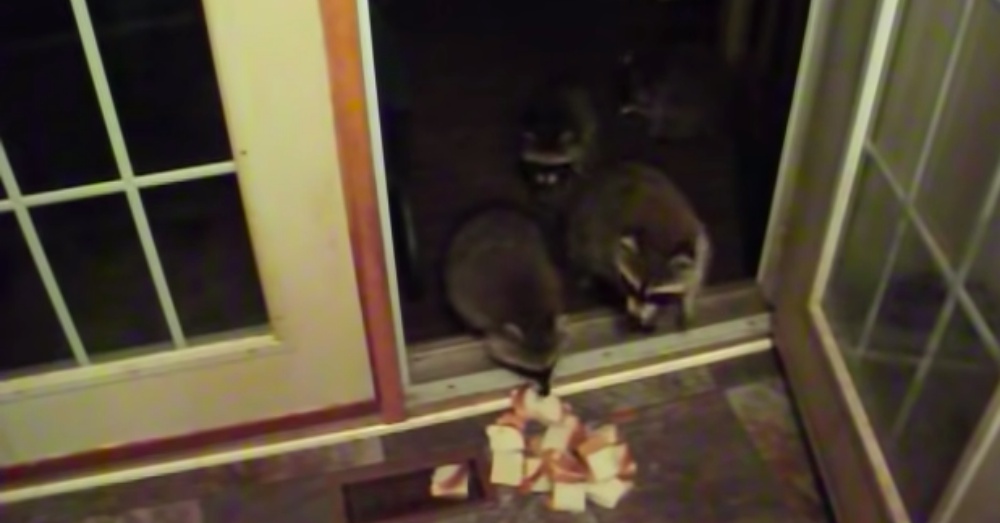 A new family of raccoons comes every year, so James repeats the cycle of feeding them.

“The Raccoon Whisperer,” has the perfect property for the raccoons to live comfortably. It’s surrounded by a wooded area and even has its own river running through it.

People on the internet went crazy for the polite raccoons and their greedy brother, with millions of viewers who watched the hilarious video. 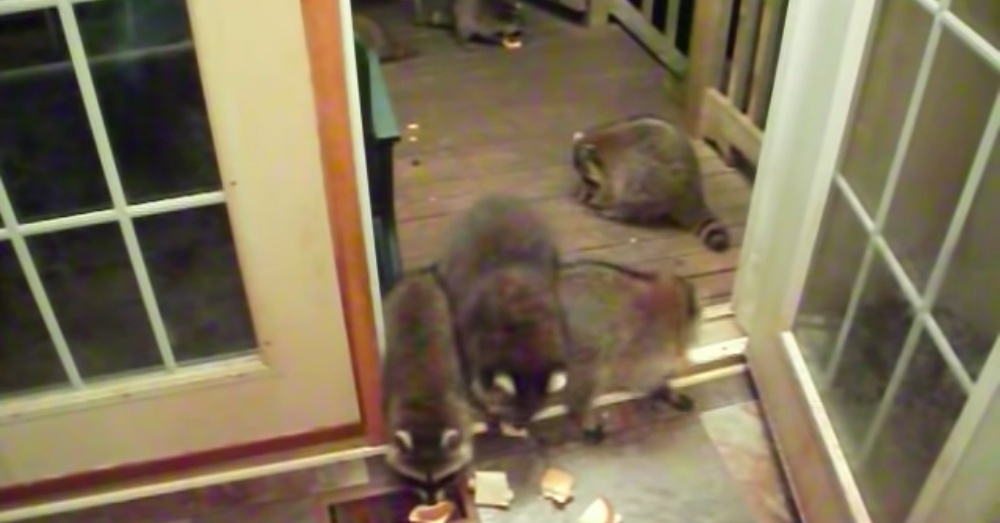 Over 2 million people viewed the polite raccoons on YouTube.

Along with the millions of viewers, 74k also liked the video and thousands left comments for the adorable raccoons.

“This was so adorable !!! Best part is when he gave the sandwich to the raccoon and it took it so politely. Man i wana pet them and feed em.” Said one YouTube user. 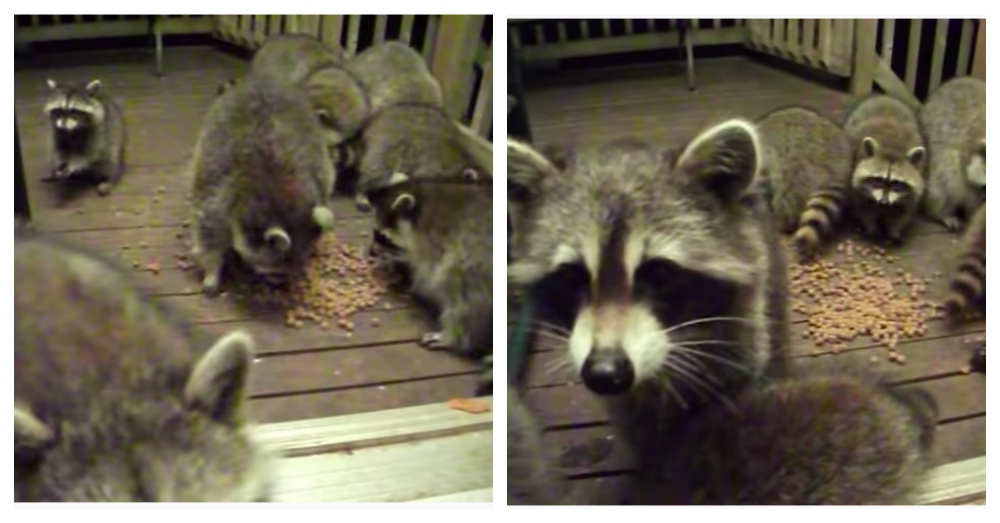 “It sounds as though your wife was a wonderful human. You sir are a wonderful human as well. It makes me so happy to come across videos like this. Proof that Humans can be so decent and caring. Thank you.” Said another.

What an awesome video, the raccoons are adorable and for James to fulfill his wife’s wishes is truly inspiring. To see the polite raccoons with an ornery brother, watch the video below!