Lions are majestic creatures but the males are fiercely competitive. That means when a new baby is born, if it’s a male, it can immediately be seen as a potential threat to others in the pride. (Remember The Lion King?)

It’s hard for us to imagine, especially when we see a tiny lion cub. Of course, they’re not something a human should ever approach without expertise AND protection, but they do look pretty cuddly. 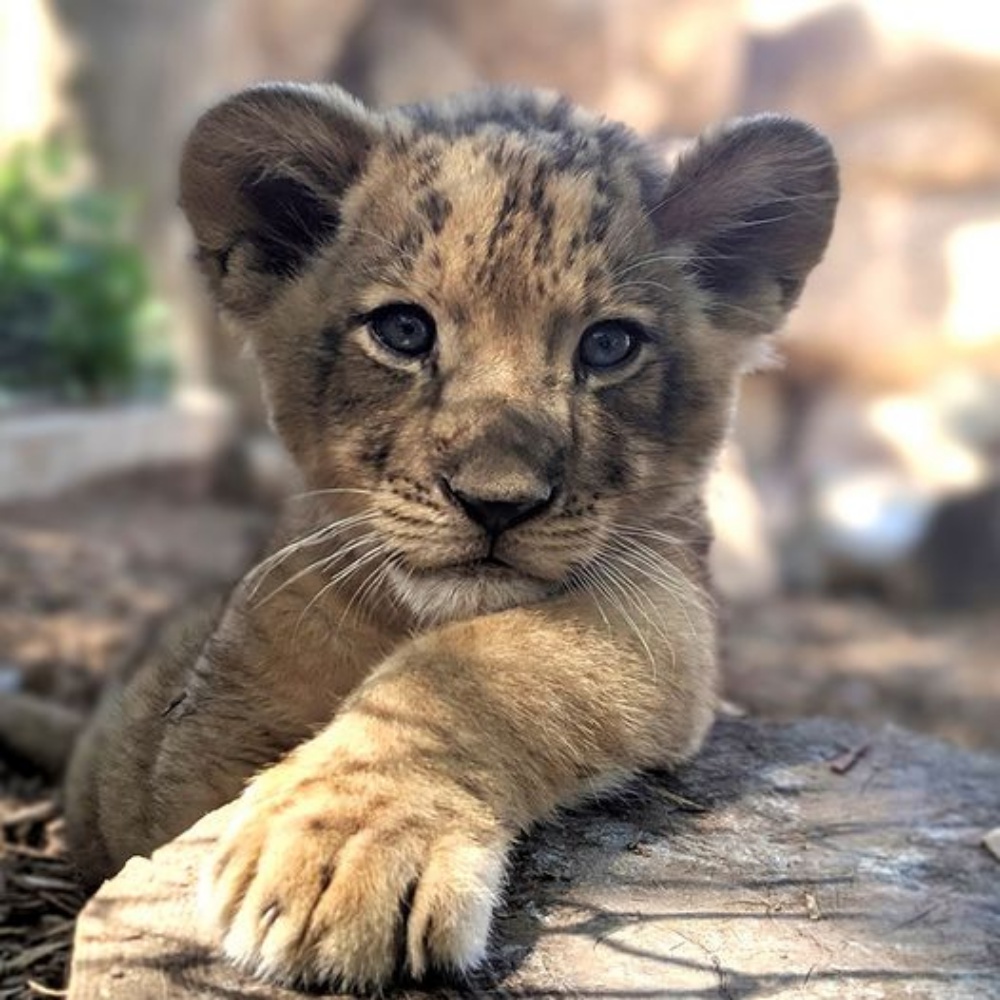 We’re not big fans of animals in captivity, but the truth is that habitat destruction, climate change, poaching, and other threats make it nearly impossible for some species to survive. Zoos often do good work to preserve them (though you may disagree with how it’s done or how unnatural their surroundings look).

But it appears the cub fans outweigh the disinterested because the cub cam the zoo set up became wildly popular. People were eager to check in on the little guy and see what he was up to. 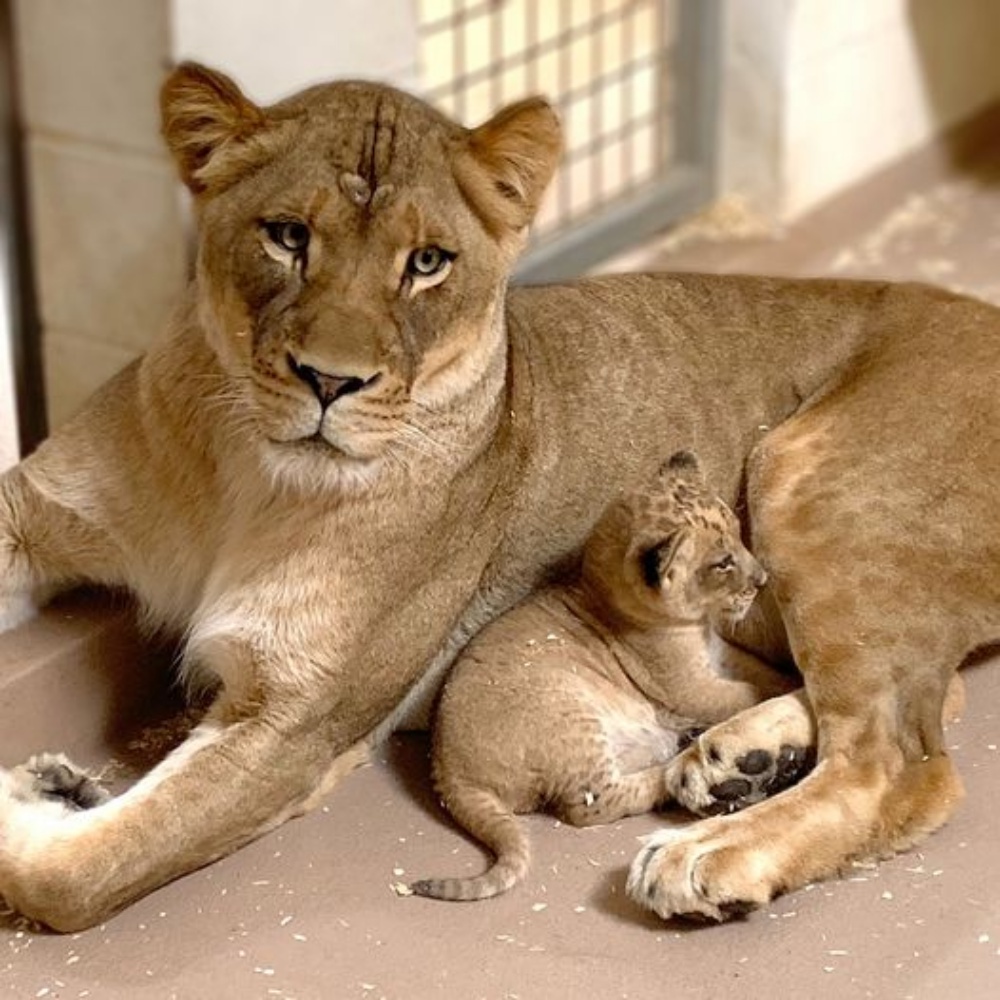 Of course, most of what he was up to was hanging out with his mom, aunt, and sister.

Naming the little one was also up to fans. The zoo held an online vote to allow the public to choose the cub’s name – the options were Meru, Moremi, and Tatu. 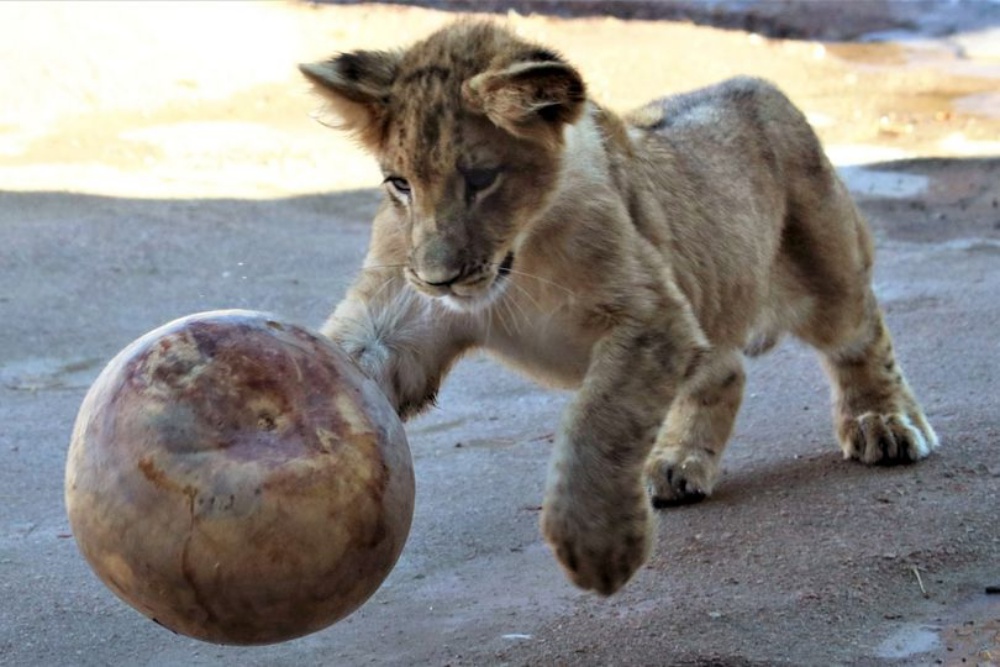 In order to vote, people had to make a donation – and the $12,000 they raised went to the Lion Recovery Fund as well towards caring for the care for animals at the zoo.

His name, Tatu, was revealed in October. “Tatu” is the Swahili word for the number three. Tatu is Neliah’s third cub.

In a video shared on September 6th, the zoo showed the sweet first meeting between baby Tatu and his father Tobias. It was one of many “cubdates” they posted to social media to keep folks interested until Tatu’s big public debut.

But there’s a reason meeting dad wasn’t a straightforward experience.

Not all males are gentle around their cubs. For zookeepers, introducing a new member of the pride can be an anxious experience. In fact, in the wild, males sometimes kill cubs in order to preserve their own genetic line. Of course, that’s not common with their own cubs (since they share genes) – but there’s a moment when a father meets his cub that he has to realize it IS his own.

That’s the moment the proves to be a nail-biter for people. No one wants to see a misidentification happen on the cubcam!

But not to worry. Not only did Tobias immediately recognize Tatu as his own, but the proud father nearly made us cry with his reaction. 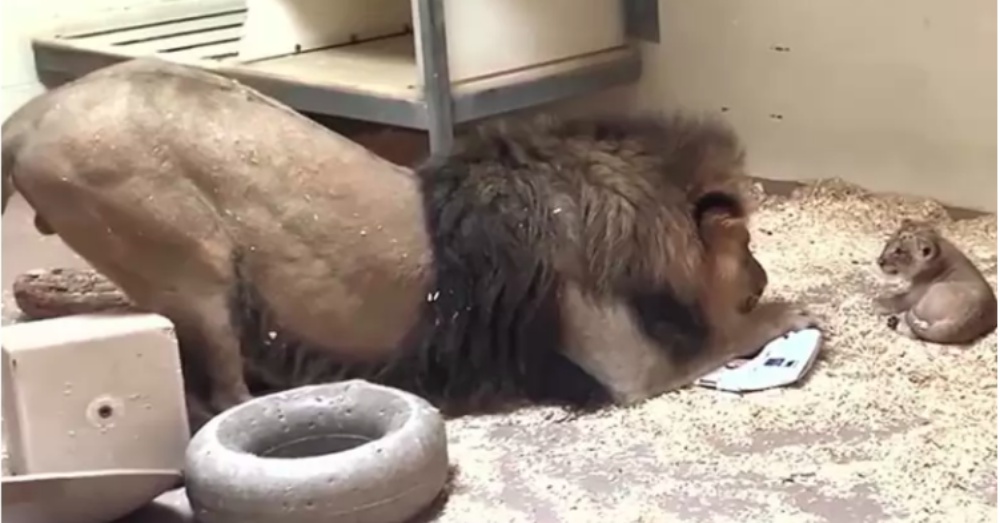 He’s just as taken with the cute baby as the rest of us are! And, of course, everyone was thrilled that the meeting was a picture-perfect moment.

After that, he got a little more time before meeting his adoring fans.

“He’s spent the last couple months bonding with his mom (Neliah), dad (Tobias) and half-sister (Kamara) behind the scenes at Predator Ridge at Denver Zoo, and will soon make his big public debut in one of the outdoor habitats,” Jake Kubié, the director of communications at Denver Zoo told Bored Panda. “He’s all the things you might expect of a lion cub: playful, curious and energetic!”

The importance of a cub’s life

Maybe you’re like us and you still can’t get over how unfair it seems that these amazing animals have to grow up in a concrete jungle.

But the truth is, you can still feel that way and accept that it may be necessary. In fact, we wouldn’t have many of them at all if we didn’t breed them in captivity. 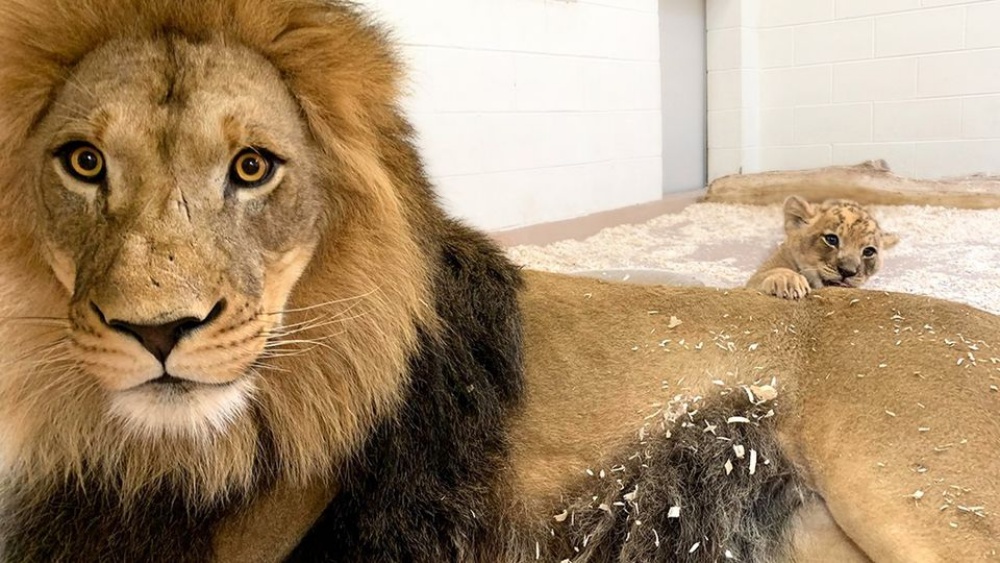 “It’s very important to remember that half of African lions have disappeared in the last 25 years and face growing threats, such as poaching, loss of prey and destruction of habitats in their native ranges” a Denver Zoo representative said. “We hope that by seeing our little lion cub, people will be inspired and take action to help protect his wild counterparts and other wildlife around the world.”

Now that seems like a noble goal. And if you want to put your money where your heart is, we found the link to donate to The Denver Zoo to support their work and the environment they’re able to give the creatures that live there. Just click here.

We can’t wait to see more videos of the adorable little cub, but for now, you can watch the sweet clip of him meeting dad below.