Achieving your health goals is never an easy thing to do. For an overweight German Shepherd named Tony, things weren’t looking very optimistic. Luckily for him, a man named Lee Asher adopted Tony to his new family where things were about to get a little bit more active for the hefty doggy.

If you’ve been alive sometime in the modern era, then you’re definitely picked losing weight as one of your new year’s resolution. For some, it gets tiring having to feel mentally defeated by your own weight issues especially when you look at yourself in the mirror. More importantly, being overweight can cause severe health problems that could be troublesome down the road. The bottom line is: it’s important to stay fit and feeling healthy for a variety of reasons. 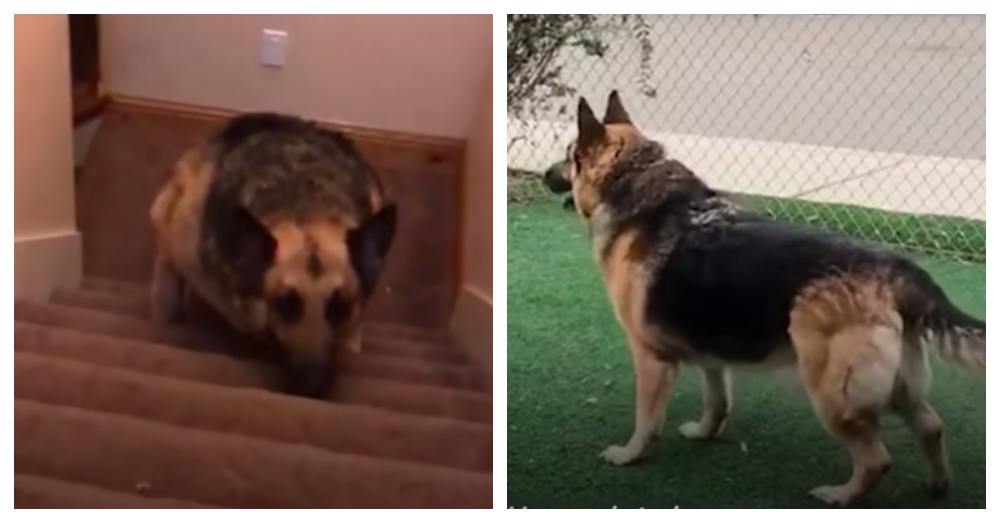 That’s why when this 150-pound German Shepherd named Tony was adopted, his owner immediately became worried about any unhealthy signs developing in the future. He was mainly worried about any heart issues and also hip and joint issues plaguing Tony as a result of being 50 lbs overweight.

This was all the motivation his rescuer needed in order to help Tony with his weight struggles. He immediately started treating Tony with incredible love and compassion. 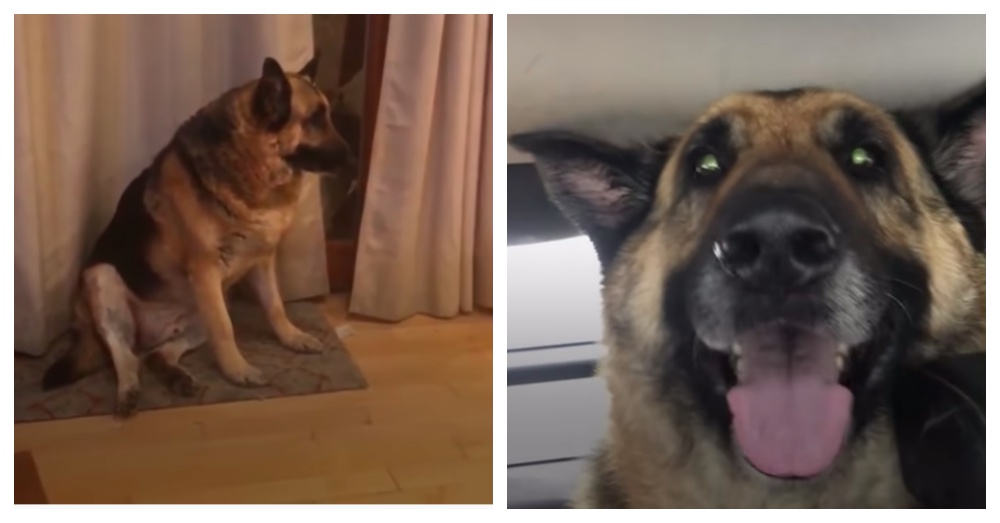 At first, Tony was a bit hesitant to not want to socialize or associate himself with the other dogs or his owner. But after a while of softening up, Tony finally let his guard down and started to become more open to spending time with others. Tony makes the 9th dog out of a pack of 8 other rescue dogs. 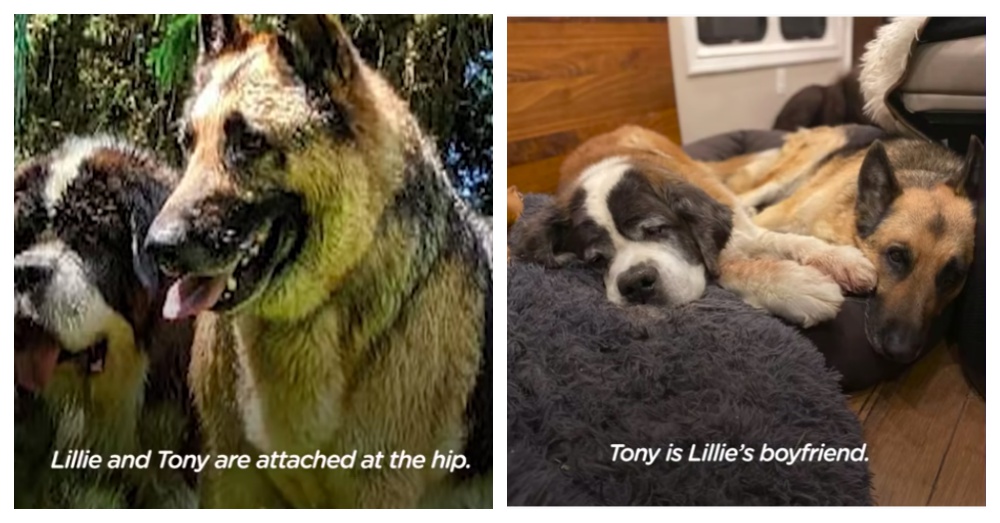 Along with the pack, Tony receives many encouraging words and motivational speeches from his master. Tony has gotten in the swing of things and is happy to take walks and even help the pack roam around in the snow when winter comes around. 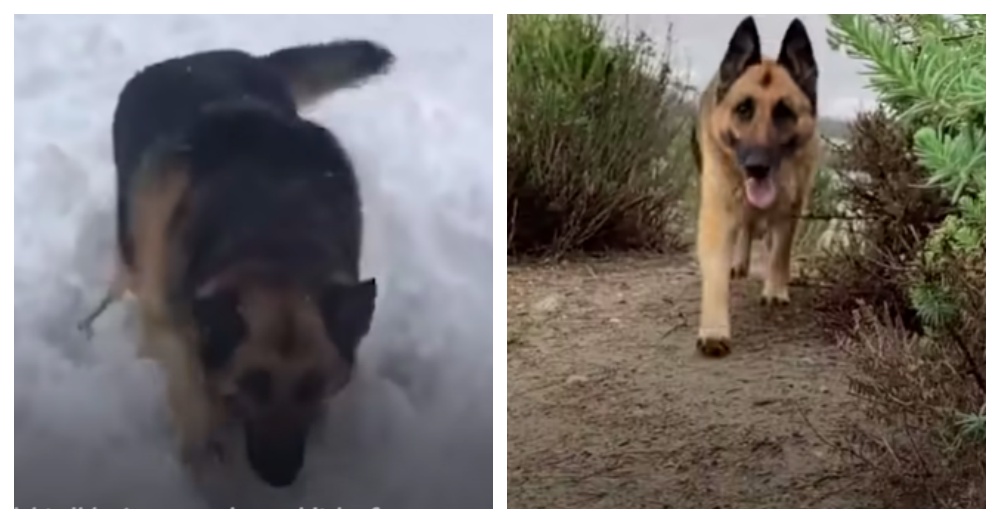 Tony established many great friendships with the other pack dogs as well. “Bo is 100% Tony’s personal trainer” said the man, whose name is Lee Asher. “I don’t think he felt he’d ever really experienced love, but this time he’s never going back.”

As time went by, Tony grew more and more comfortable with his new family of doggos. They keep him constantly engaged and entertained by giving him attention and even partake in playing around with him. 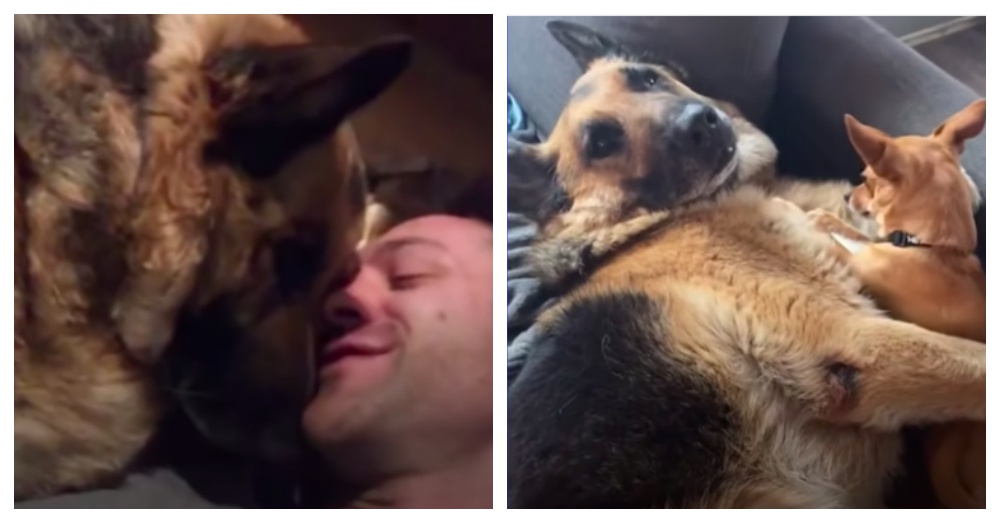 The main issue was that Tony was highly unmotivated at first. He seemed to not really want to run around or have any confidence to do much of anything. He would just lay uncomfortably on the ground not making much of an effort to move or interact with anyone or anything. It has been one of the main reasons why he has been overweight all of this time.

With much love and determination, Asher never gave up on his german shepherd dog. After two months of hard work and intense training, Tony finally lost 50 lbs. That’s right, an incredible 50 lbs!
After losing the weight, Asher made sure to revisit and stop by the SPCA (where Tony was originally adopted) in order to show the progress to Tony’s previous caretakers. Those at the adoption facility were incredibly impressed at the huge turnaround Tony was able to do at that rate. They were really happy that the dog was given the love and attention he deserved. 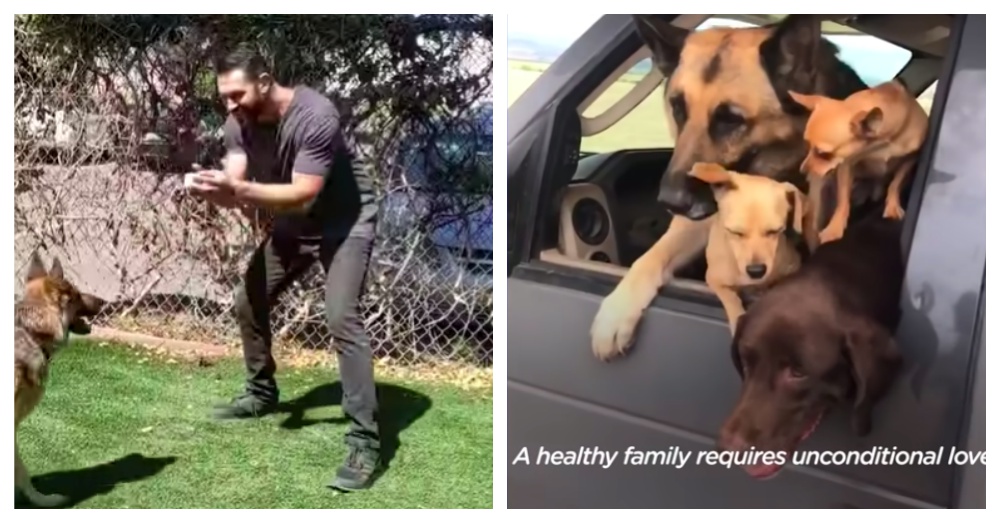 It’s really refreshing to see such an uplifting tale of success come to life. All it takes is just a bit of motivation and self-determination to carve the path to get to where you need to be. At least that’s what Asher believed could help Tony achieve his weight goal. And by all means, he was definitely right.