Most kids don’t exactly like taking medicine, yet as parents, it’s our job to make sure they still do it. Apparently, the same rules apply when you’re in charge of panda cubs.

Getting little ones to swallow yucky medicine isn’t necessarily an easy task. But after watching the video below you might agree that getting pandas to take theirs looks way more difficult (in a cute way).

One zookeeper had the job of giving a pair of giant pandas their medicine – only it turned into an all-out wrestling match! Get ready for a good dose of adorableness to help lift your mood. 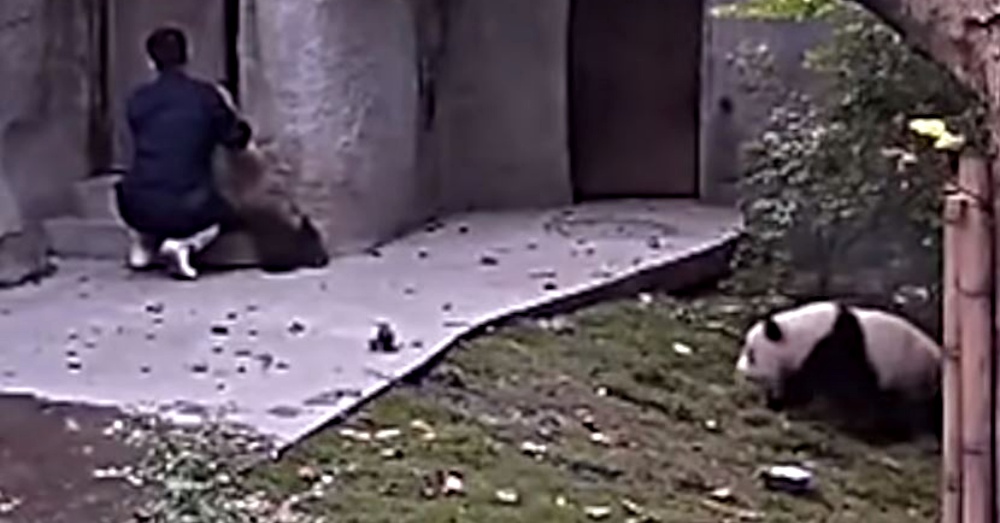 A camera recorded footage of the man in the pen with the cubs. While he’s supposed to give each of them oral medicine, they want nothing to do with it.

So if you’re a panda and you want to get out of something – what do you do? You wiggle, you climb, you twist, and you pretty much try everything in the book!

“I swear this was my mothers battle every time she busted out the robutossin lol.” 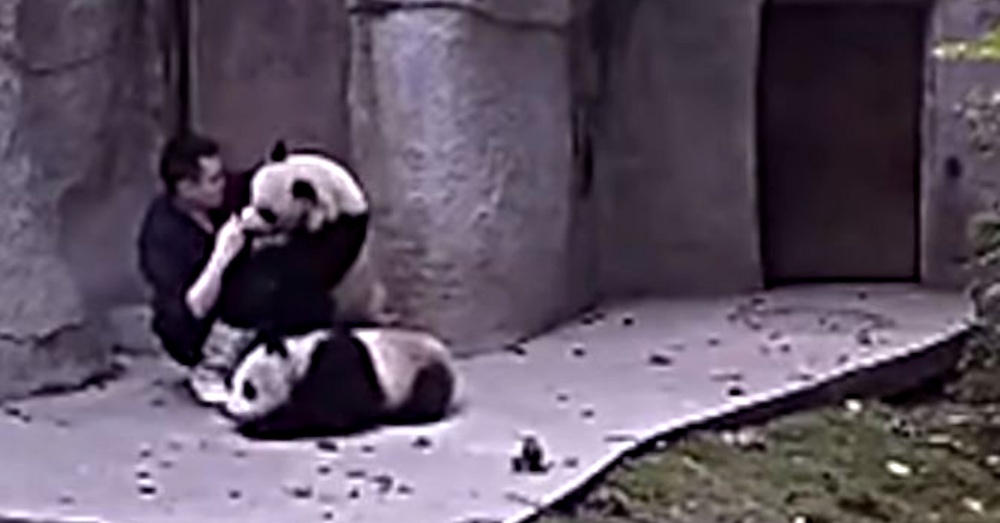 The zookeeper has the oral syringe in his hand and is trying with all his power to get his furry friends to cooperate. Unfortunately for him, he’s outnumbered.

Once he gets the syringe in one of the cub’s mouths, the other climbs the man’s back as if to save its buddy! It even starts playfully nipping at the guy’s head.

“The other panda was like: ‘man, let me hold this “two-feet mammal” down, you run for it!'” 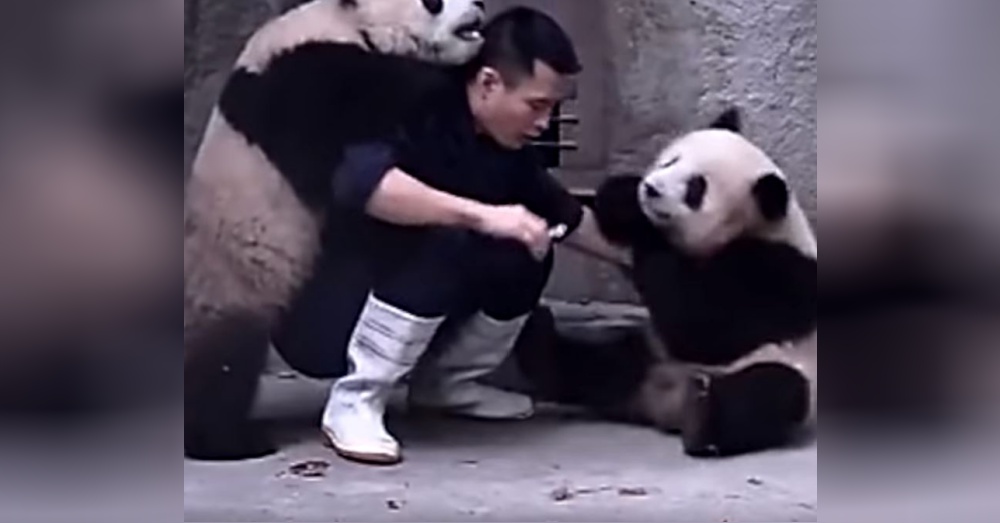 You might want to pop some popcorn for this wrestling match – because it’s about to get good.

Just when it appears the panda on the caretaker’s back is “winning” with his climbing and biting tactics, the man pulls an awesome move. He uses one hand and completely flips the cub and traps it on his lap.

Something tells me this isn’t the guy’s first rodeo… 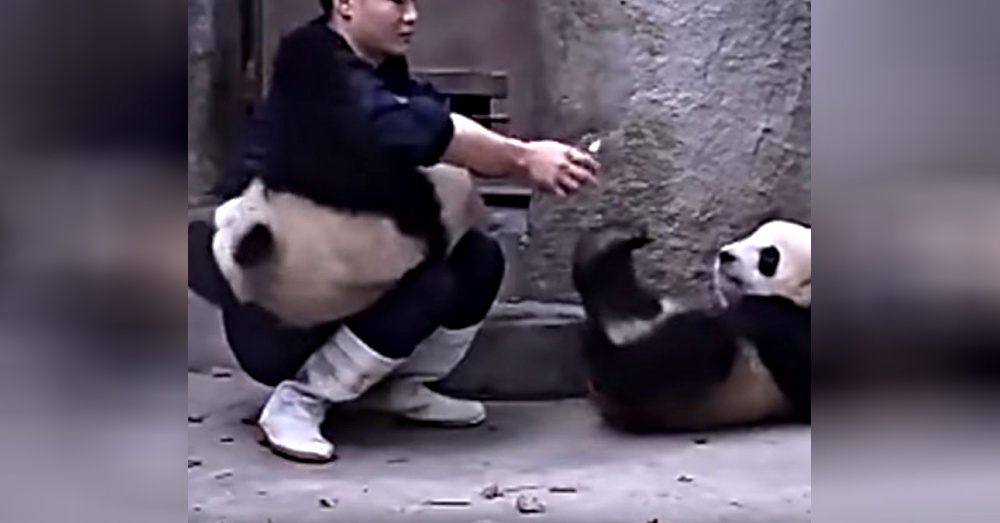 Giant panda bears are absolutely adorable on their own. But when they’re acting like toddlers it’s quite frankly cuteness overload.

The pandas seem to be doing anything they can to avoid taking the medicine. Each of the cubs is squirmy and all over the place – treating the guy like he’s their own personal jungle gym.

Really, where’s Mary Poppins’ “spoonful of sugar” when you need it? 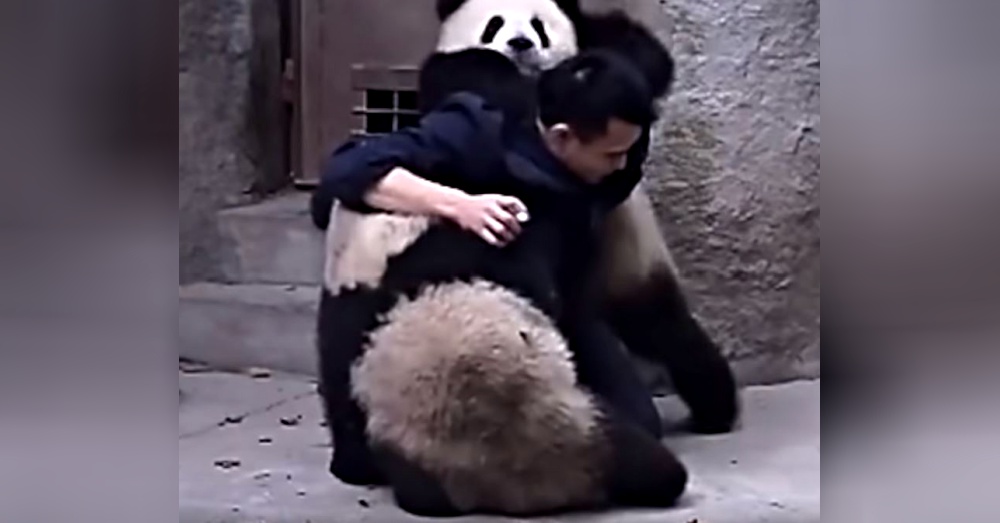 As we know though, parents usually win. It doesn’t matter how defiant a child is being – a parent will end up being the victor and take home the crown.

After a tiring struggle, the zookeeper finally gets a decent dose of medicine into one of the pandas. Then as the youngster is recovering from the yucky taste, he manages to overpower the other half of the “naughty” duo too.

The guy walked away that day with a story about how he “wrestled” two panda bears (well, sort of). Many YouTube users actually commented about how they’d love to have his job! 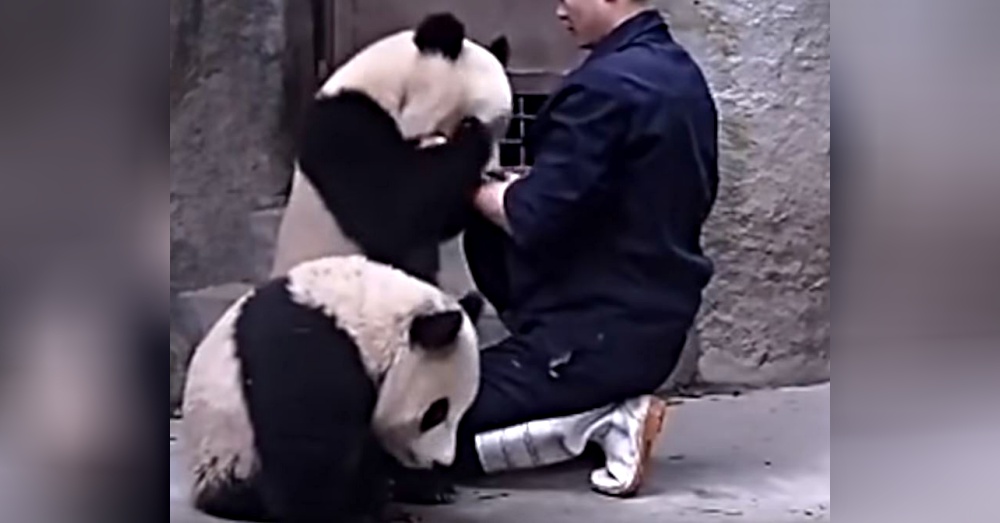 People on the internet can’t get enough of adorable animal videos. So it’s really no surprise that the clip below went viral and has been thumbs-upped 53K times!

Ready to see how hard it is to give panda bears medicine? Simply press play below! Please SHARE this with your friends and family.

Rogue Sea Lion Makes Its Way Over 50 Miles Inland In Washington: Click “Next” below!