Man Shares His Apartment With Family Of Rare Giant Owls

With the streets quieted after the nearly worldwide lockdown, many animals have taken back the streets they once roamed free! One man in the Netherlands recently learned that he had a new “tenant” in his home – it also happened to have feathers!

Jos Baart lives up on the third floor of his apartment and saw something strange while watching tv one day. Outside his window, he noticed a MASSIVE owl! As it turned out, the largest owl breed in Europe had decided Jos’s window sill was going to be her new home. The Eurasian eagle-owl is incredibly hard to capture on camera and Jos got to witness it first hand – but that wasn’t even the whole of it! 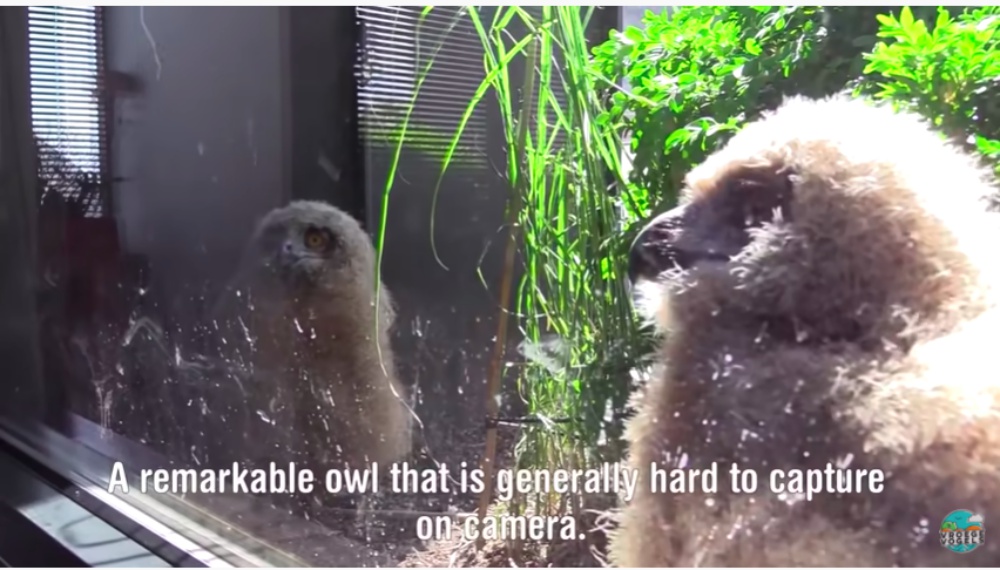 The owl was nesting with three fluffy chicks – and they’re huge!

Jos first got in contact with a Dutch radio and television show, Vroege Vogels, to show them this incredible scene. This was too incredible to keep to himself! When a reporter came to his apartment to tell the story, they brought someone to take some photos and videos. Soon after posting them to YouTube, it was a viral sensation.

Their video was uploaded onto YouTube and became an instant viral sensation, with over 1 million views and 28k likes. 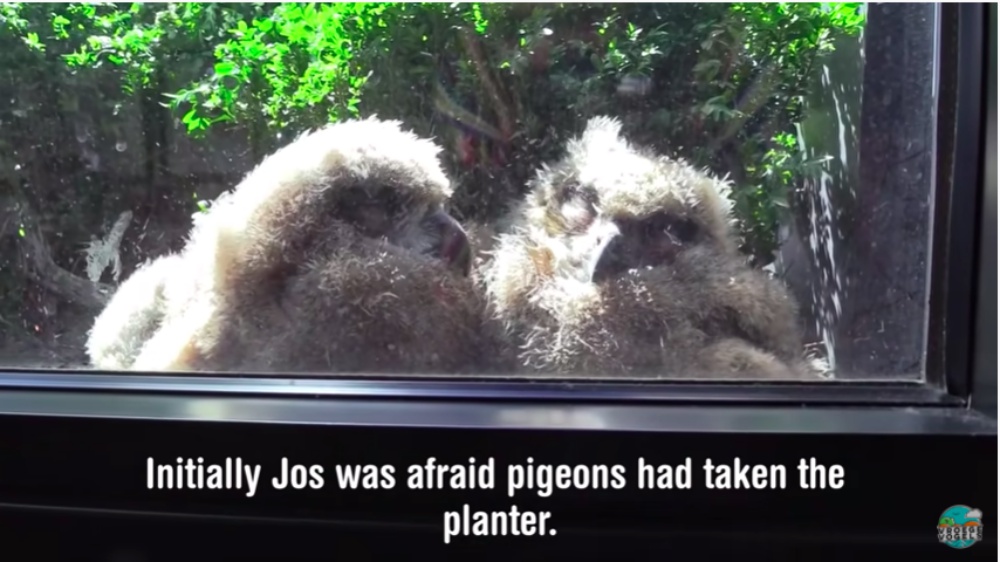 Jos initially thought that the noises he was hearing were pigeons in his planter. He told Vroege Vogels that at around half past eight one day, he began hearing bird noises. His first thought was ‘damn, those pigeons again,’ adding, “well, they are not my friends.”

Despite his original thoughts, Jos still wanted to check it out, even if it just turned out to be pigeons. As we know, he was stunned when he really saw what it was. 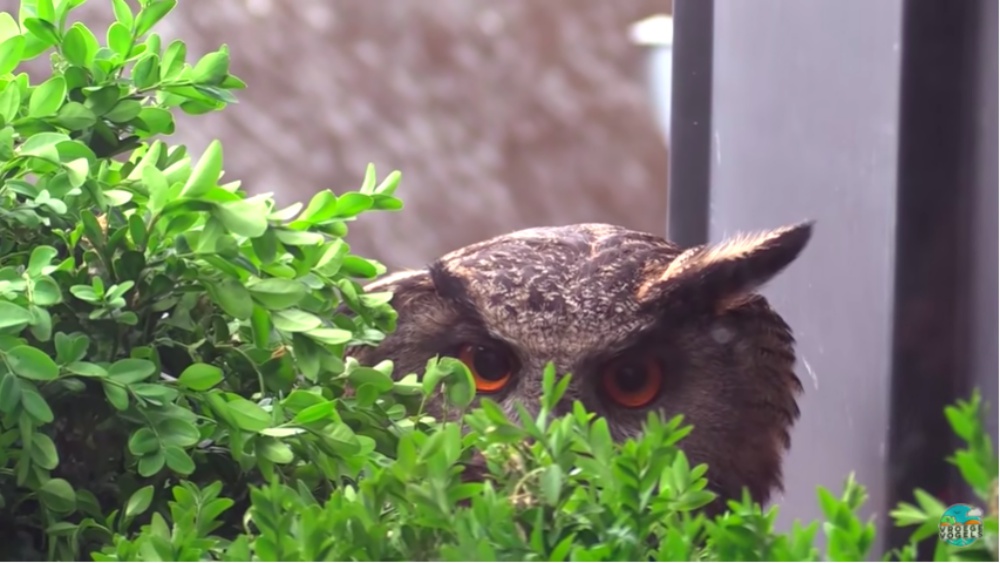 “One time I got home a bit early, so I went to check and see what was there. The entire week it had been the owl that was calling.”

Jos has basically become an “owl-dad” and check in on the family daily. He said:

“For me it’s like watching a movie twenty-four-seven. When you wake up in the morning they are right there in front of the window. That is just extraordinary.” 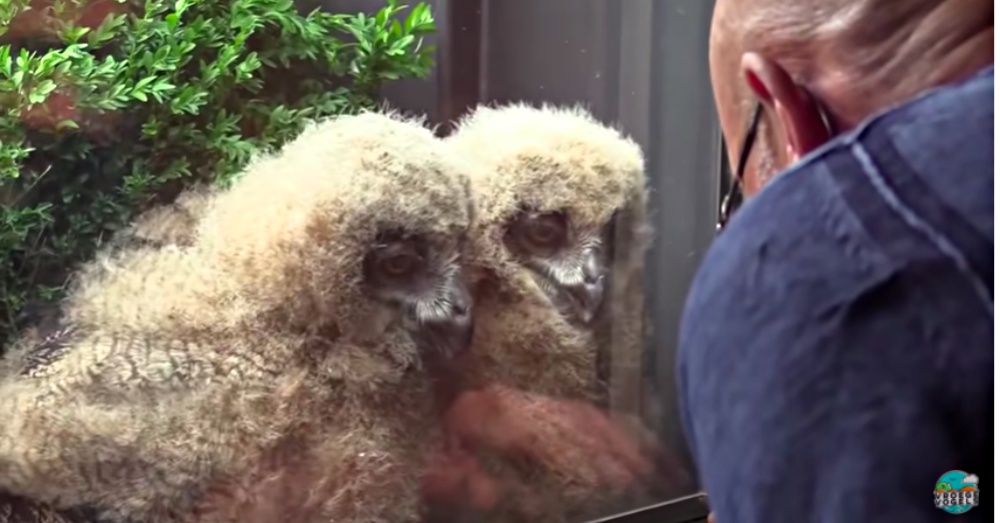 When asked if he ever talks to the chicks, Jos replied:

“Sure I do. Look, you can see how relaxed they are. They are not scared at all.” 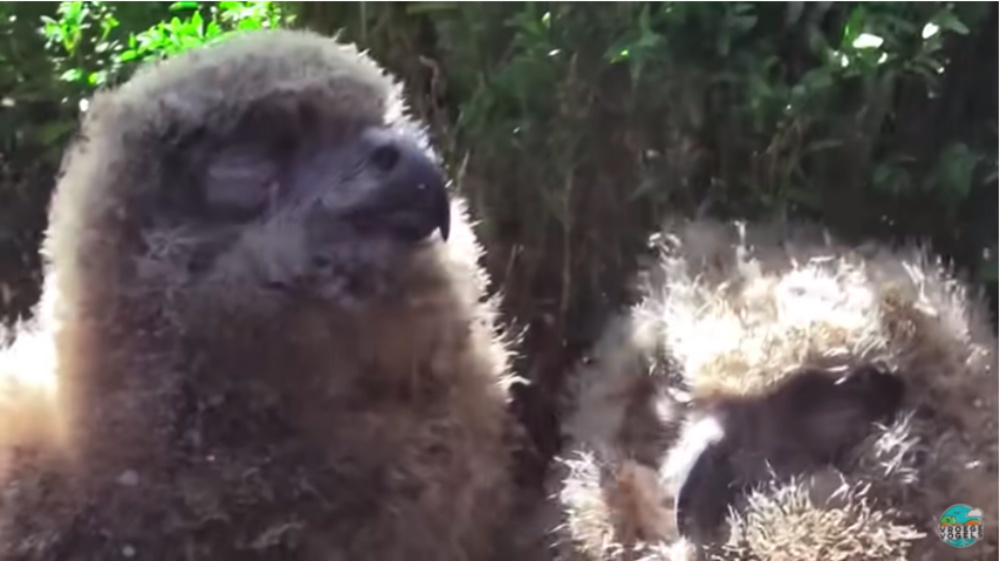 Jos hopes to spend as much time as he can with the little family before they head out. At the rate they are growing, however, it could be sooner than anyone was thinking!

“Imagine if they are here for another two months. You will have chicks this size.” He stretches out his arms in exaggeration. 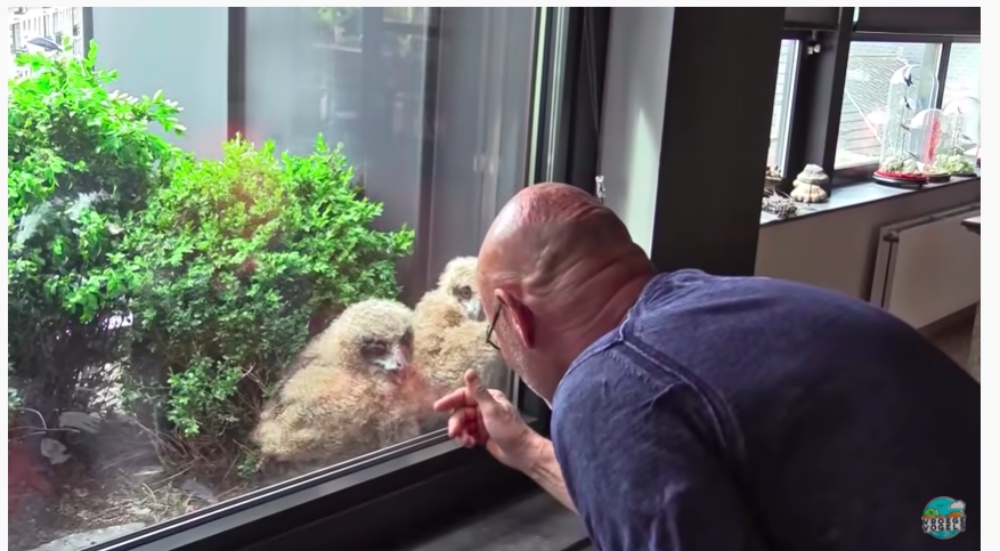 Jos is thankful to have friends to watch TV with him, even if they are fluffier than he is used to!
He says that whenever he puts the TV on, they all line up by the window and he can see their eyes flickering back and forth. He also moves his hand from side-to-side and shows us how the owls’ eyes follow where his hand goes. It’s amazing that they can see him so clearly and yet they don’t appear to be scared of him!

The Dutch man knows just how lucky he is to have experienced this:

“This is very special. A very unique experience.”

Check out the video below and see his owl family!