It’s important that a mom loves her kids equally – but sometimes one of them might need a bit of extra care and attention.

After a Labrador named Daisy Duke gave birth to eight puppies, her human family began noticing how she was treating the “runt” of the litter. It’s not uncommon to hear about a mother dog ignoring the smallest or weakest of the group. However, this wasn’t the case.

The pet owners decided to switch on the camera and film Daisy’s relationship with her littlest pup. What they captured is so heartwarming it’s been viewed over five million times online! 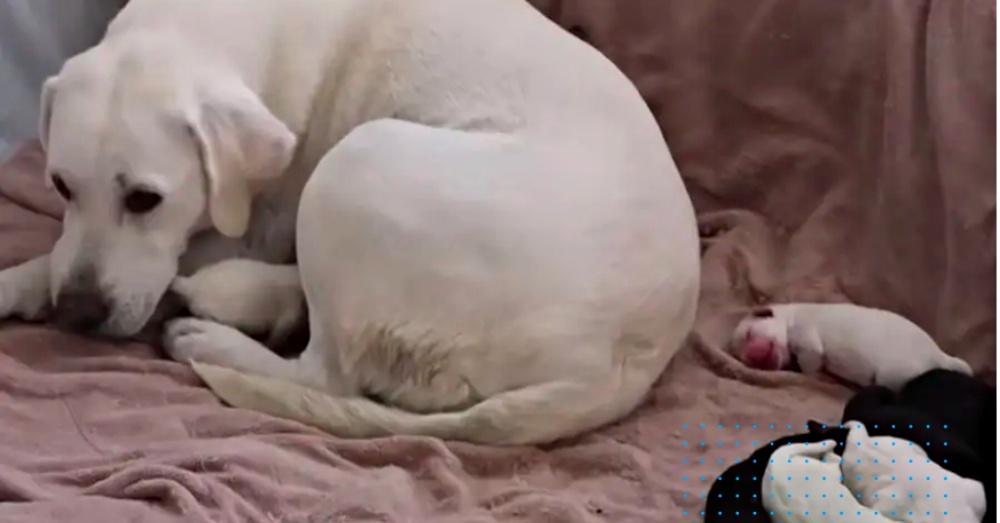 Life With Labradors is the name of a YouTube channel that has more than 194K subscribers. While the family has shared many of their dogs’ adorable moments – the clip below is among the most popular.

Daisy had given birth just a few days before when the owners started filming. Her litter of puppies consisted of four black pups and four white, with one of them being the runt.

But as you’ll see in the following photo, Daisy began giving her tiniest pup some extra-special attention. 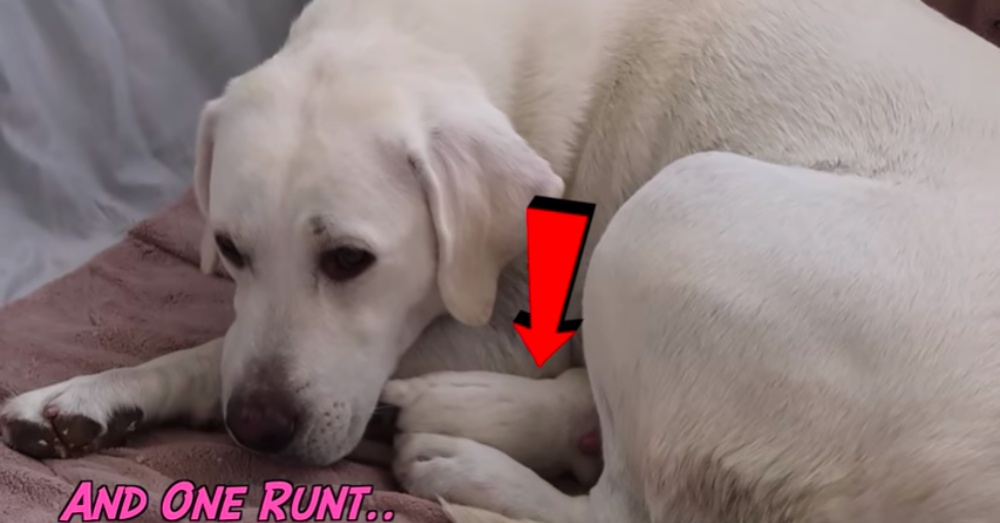 Daisy cared for the runt named Lucy as if she was aware the pup was different than her siblings.

As the puppies slept in a group, the mama would allow Lucy to snuggle with her separately. She’d even give her sweet kisses and seemed concerned when she’d cry. 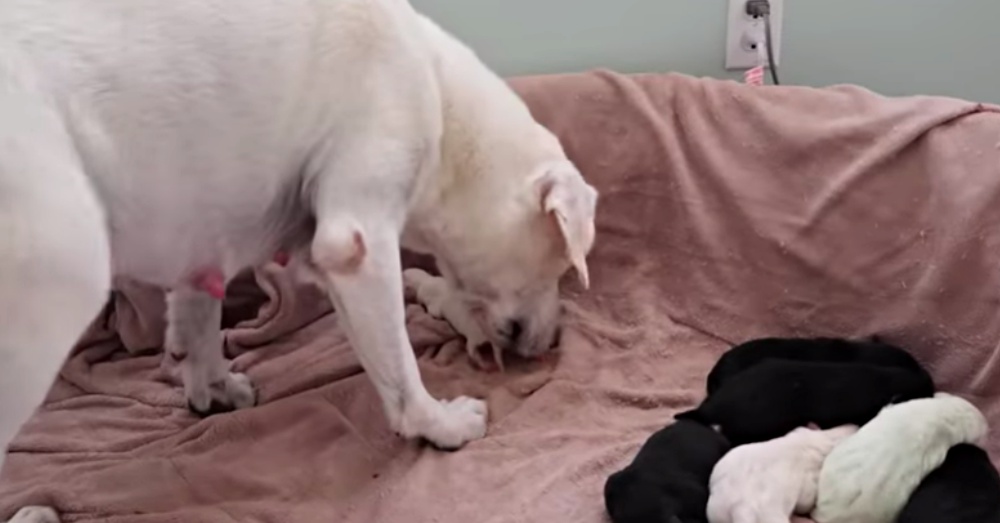 The owners first took notice of what was going on after realizing one of the pups wasn’t with the group.

According to the video, they counted the puppies and discovered there were only seven instead of eight. That’s when they found Daisy off to the side with Lucy. She’d been picking her up in her mouth and bringing her to spots where the baby could nurse safely.

As they pointed out, “She has been the best mom ever.” 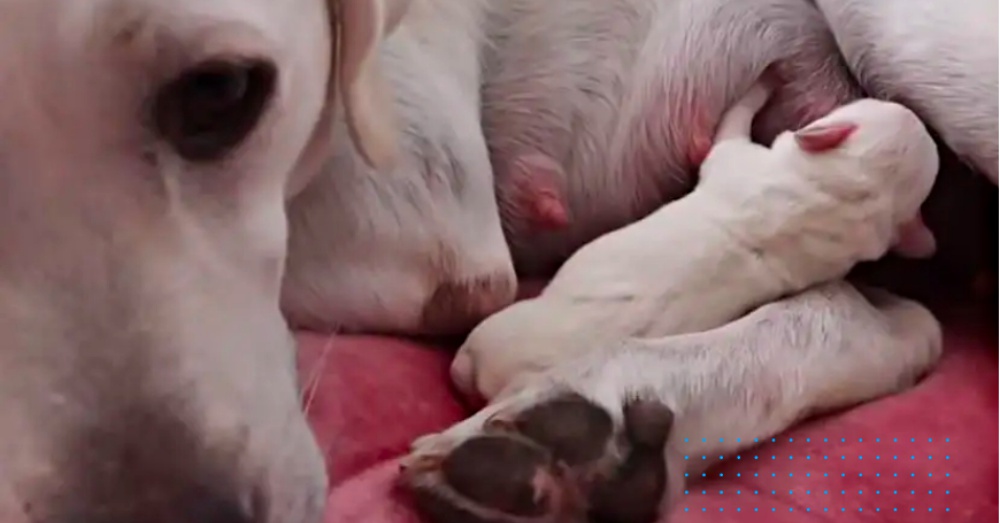 Daisy’s loving, motherly behavior is certainly one that touches your heart. However, not every situation turns out quite like this.

The runt of the group can have trouble competing with its siblings to eat, due to being weaker or smaller. Pet owners might have to intervene to ensure they get proper nutrition.

There can be other disadvantages for the runt of the litter as well, according to PetHelpful. Sometimes it can be “ignored” by the mother because of its size or weaker condition – and instead, she focuses on the “healthier” puppies.

“This is a form of natural selection; in other words, it is survival of the fittest.” 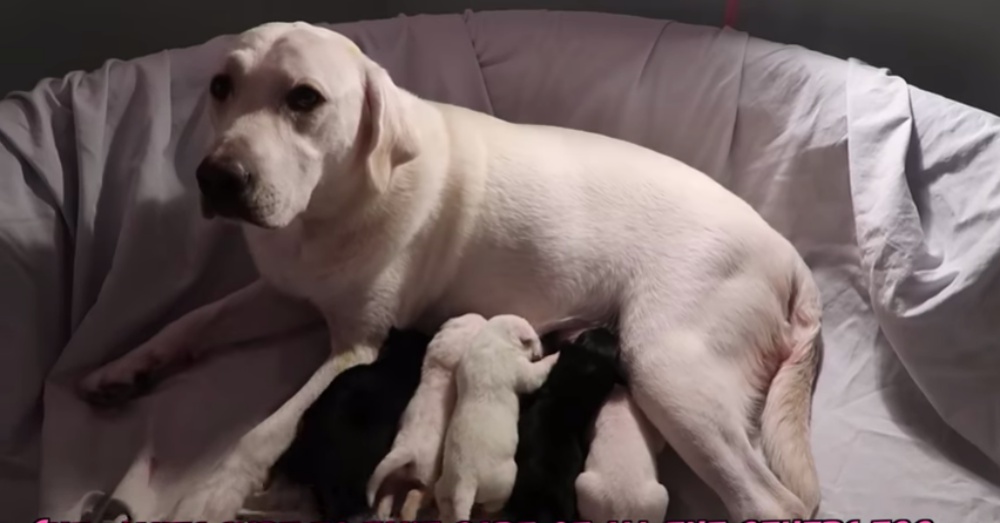 Like a good mom, Daisy takes good care of all eight of her pups. But the fact that she knows that Lucy needs additional attention is super-sweet!

Viewers have been falling head over heels for the video, which has been thumbs-upped more than 59K times.

“Amazing! What a tear jerker I wasn’t expecting”

“That’s the first time I have seen the runt be taken care of like this. Daisy is a wonderful mama! Sweet family.”

“I have watched this video several times and it never fails to make me smile. Daisy is such a beautiful mom.”

The world is filled with incredible mamas and Daisy is certainly part of the club! Watch the video below to see how amazing she is with little Lucy.