Puppies Are Fighting And Mama Swoops Into Action

Parents realize their kids aren’t always going to get along. After all, siblings tease, siblings argue, and they can get into full-on wrestling matches. Yet, that doesn’t mean mom’s just gonna sit back and let her babies go at it! Sometimes she’s gotta step in to tell them to “knock it off.”

While this is a common scenario in the human world, apparently, even mama dogs won’t put up with fighting kids either. Or at least, the one in the video below won’t!

It all starts with two sibling puppies wrestling around – but just wait until mom decides she’s “had it up to here” with their rowdiness. 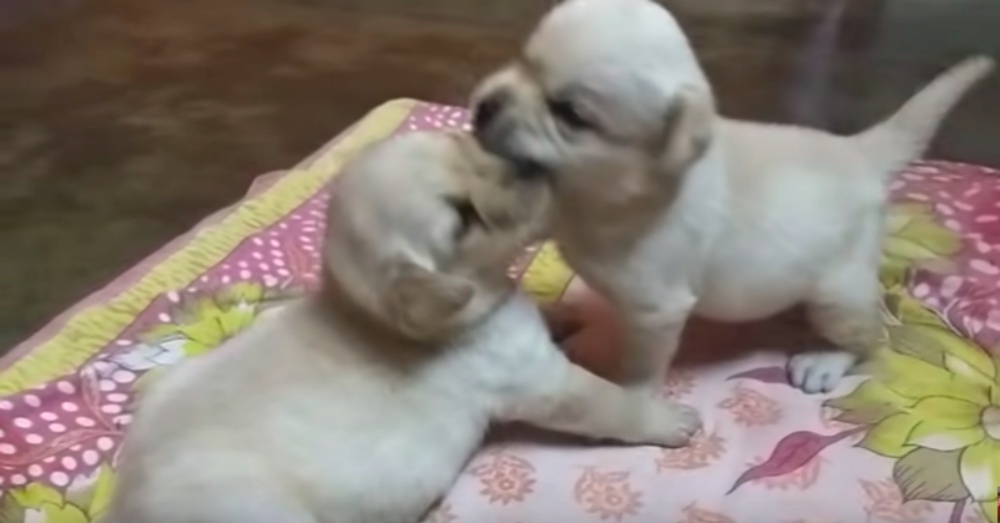 Let’s get ready to rumble!

Puppies are known for their playful nature, and if they grow up with their litter, they’ve got built-in playmates. However, it’s natural that their messing around can turn “rough” at times (especially with those sharp little teeth).

The two Labrador pups in the clip are on a blanket engaging in some feisty behavior. Frankly, it’s as if the blanket is their wrestling ring and we should bust out the popcorn! One gets pushed off the edge, which seems to end round one. 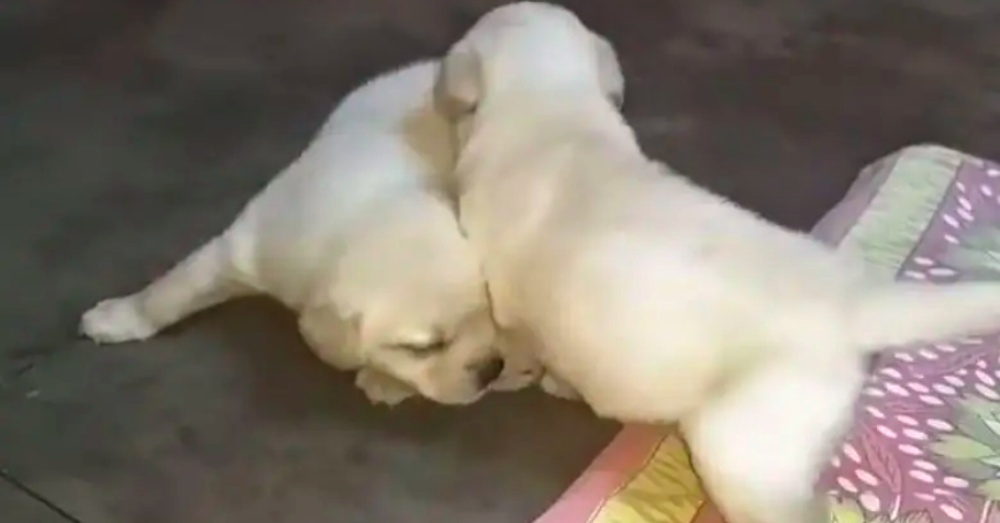 The puppies are back in the middle of the blanket wrestling again. Only this time, mom’s fed up with all of the roughhousing, so she decides to intervene.

At first, the mama uses her nose to try and separate her pups. But then, she really shows them who’s boss when she starts nipping at one to end their fight session. Oooh, they’re in trouble now. 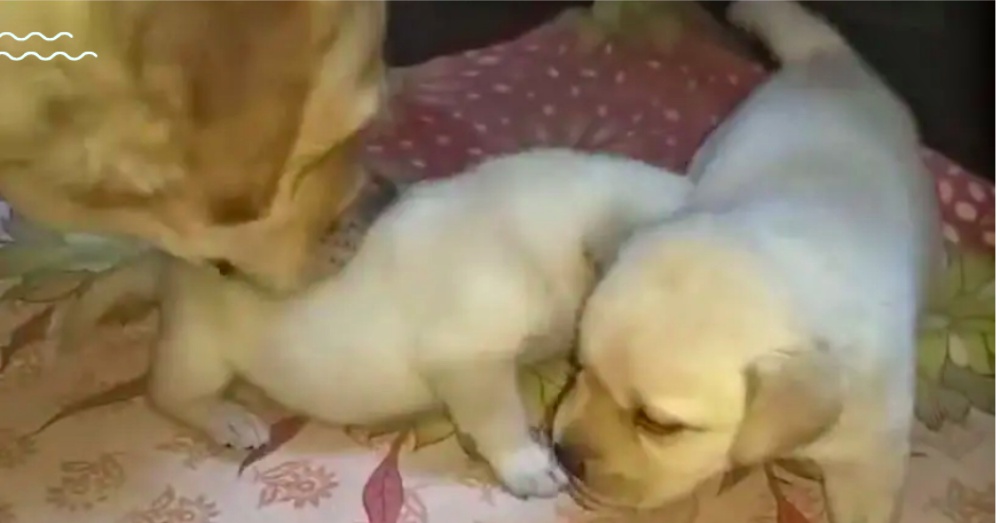 Get ready for a good scolding.

Mama dog barks at her pups for their “naughty” behavior. One immediately barks back – but that only eggs mom on. There’s no talking back in her house!

With her two puppies sitting on the blanket, she starts barking at them loudly in their faces. At that point, they just sit quietly looking ashamed and seem to know that all games are over. Yep, when mom’s that mad it’s just time to hush up. 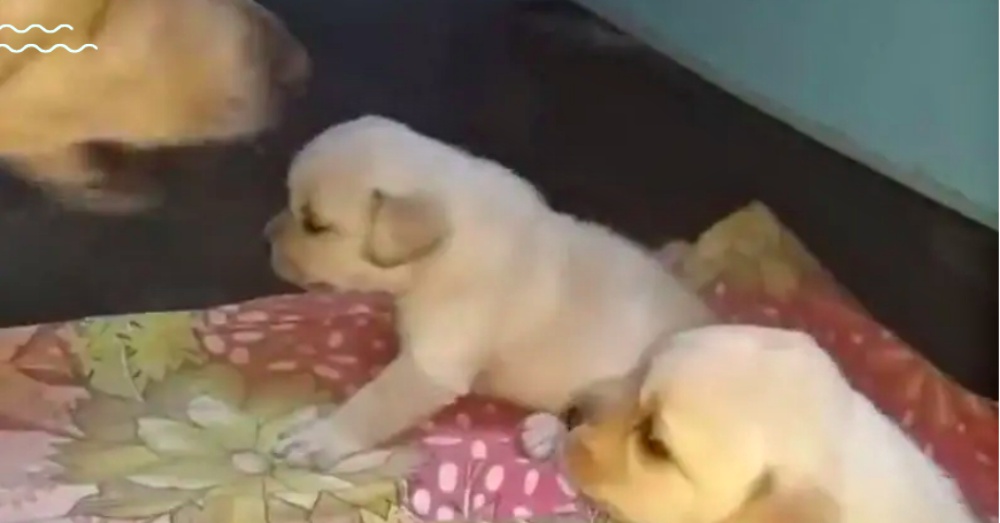 After her lecture, the mom dog turns her head and looks at the camera. Viewers have found it hilarious and shared their thoughts on YouTube.

“The momma dog looked at the camera like I’m sorry this is so embarrassing.” 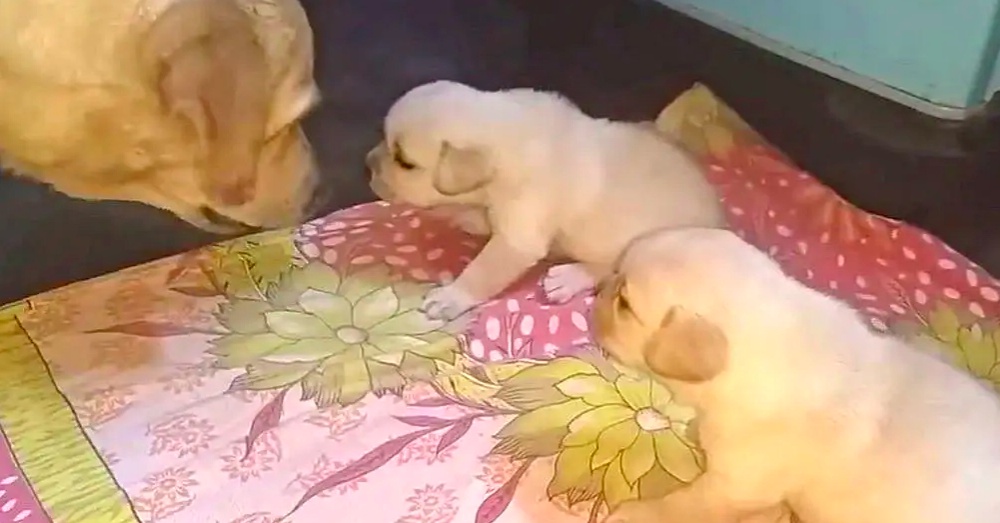 It’s a clip that’s been watched over 10 million times and given more than 242,000 thumbs-ups.
Not only is it interesting to see a dog “parent” her pups like a human – but people find it funny how relatable it is in general. A viewer commented:

“Just like any other mother doesn’t care who did it, everyone’s getting scolded.😂🤣”

Someone else helped interpret the dogs’ dialog for us.

“Mother: “You two, stop it, NOW!! I had it with you two fighting! You stop it now or severe punishment will be dealt!!! Are we clear?!?!” 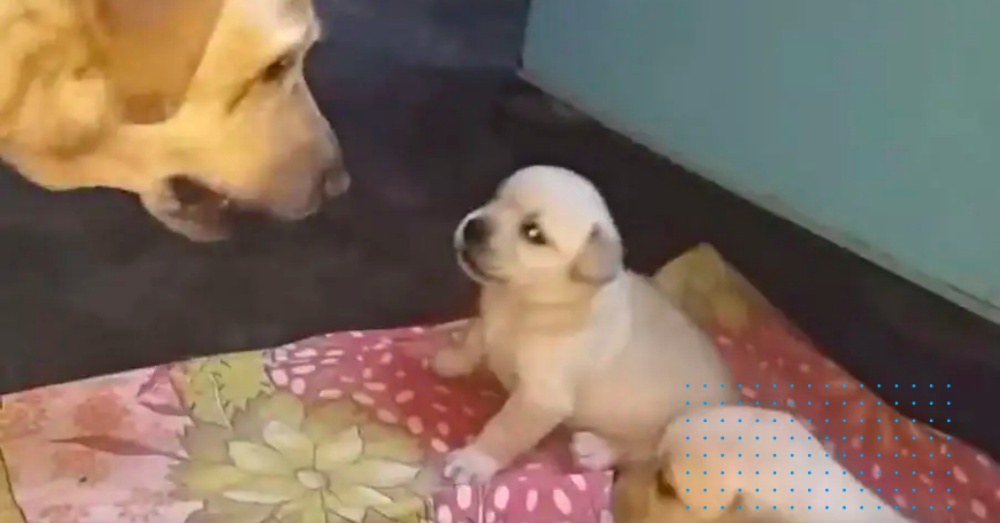 Apparently, motherhood isn’t easy in the animal world either. While no one wants to be the bad guy – sometimes a mom’s gotta step in to get her little ones to shape up.

Watch the viral scene for yourself below to see one mama pooch show off her parenting skills! Please SHARE this with your friends and family.