Finn Johnson and his friends Hanro and Rohan van Rooyen were all young boys when they got to kick around a soccer ball with the most unlikely of opponents.

Finn’s mom Fiona Ayerst is a wildlife photographer and the boys accompanied her to a game farm called Indalu near Mossel Bay on the Western Cape of South Africa. That’s where they found some ball-kicking elephants.

Elephants aren’t the only animals on the reserve, but they are probably the only ones that know how to kick a ball. 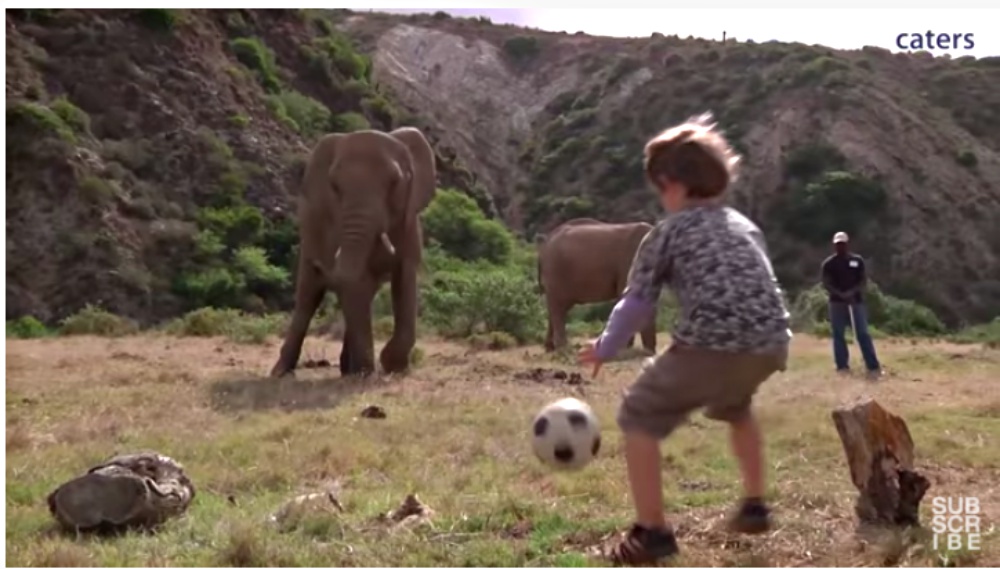 Shanti and Amari are the two elephants in question. And while they weigh over three tons each, they weren’t too intimidating to their opponents. In fact, it looks like everyone was having fun!

The pair had been rescued four years prior to the impromptu soccer match and the rangers in charge of their care often let guests interact with the elephants – under their supervision, of course.

“Football is an enrichment game for the elephants. The game is perfect for co-ordination and also for keeping the elephants stimulated … This day was a win-win situation for all, Finn got to have some fun and pit his skills against a large animal and the elephants played a stimulating game.” 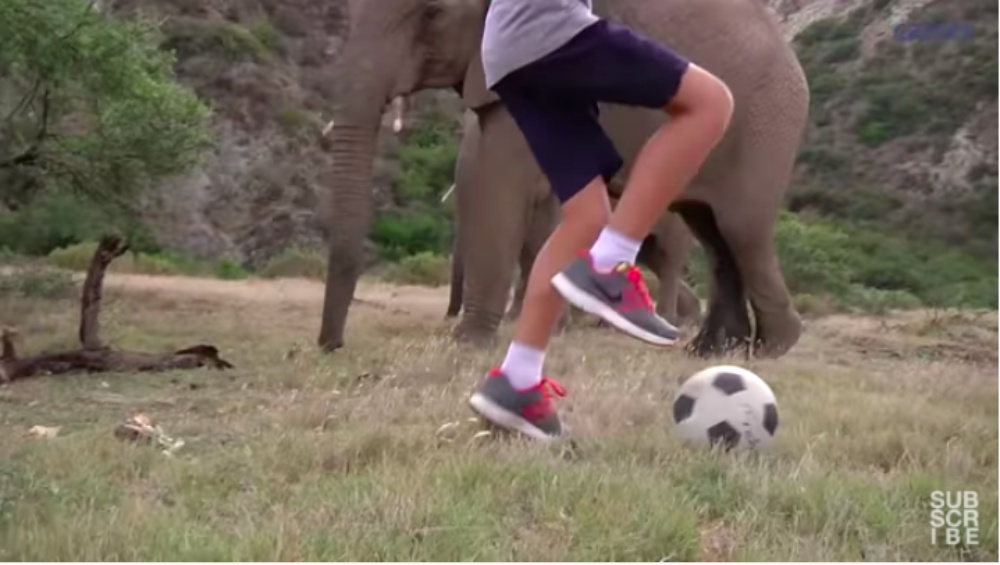 Finn, Hanro, and Rohan set up the game by using trees as makeshift goalposts.

The elephants have some serious coordination because they managed to score 2 goals on their human competitors!

Not surprisingly, commenters were really jealous of the boys’ opportunity, even if they did look overmatched in the first part of the game.

“I envy those children being able to play with a ball with an elephant. What a treat to be in the presence of one of these beautiful giants,” said one viewer. 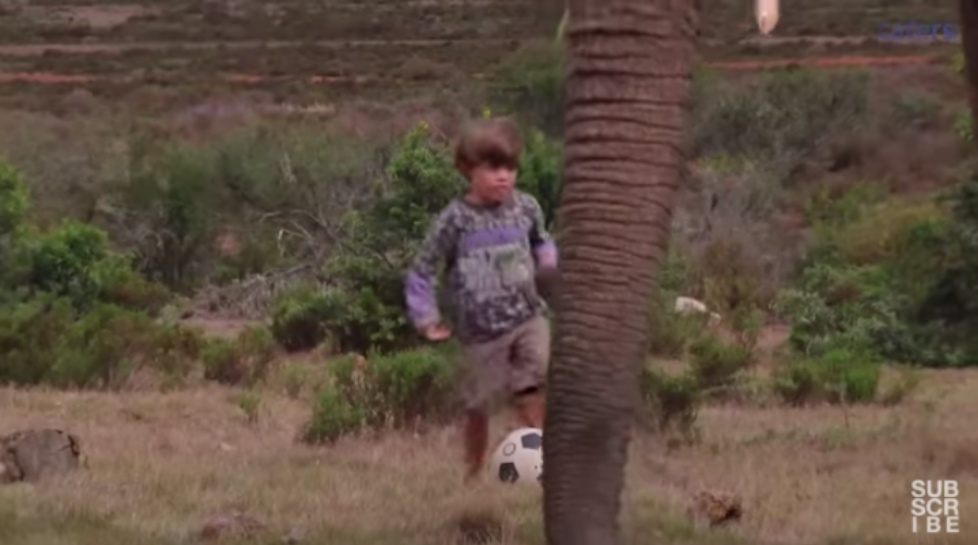 In the end, the boys managed to find their footing and score 3 goals themselves.

We don’t know how long a typical game of pachyderm-person soccer is supposed to last, but they called the game with a final score of 3-2 in favor of the boys. 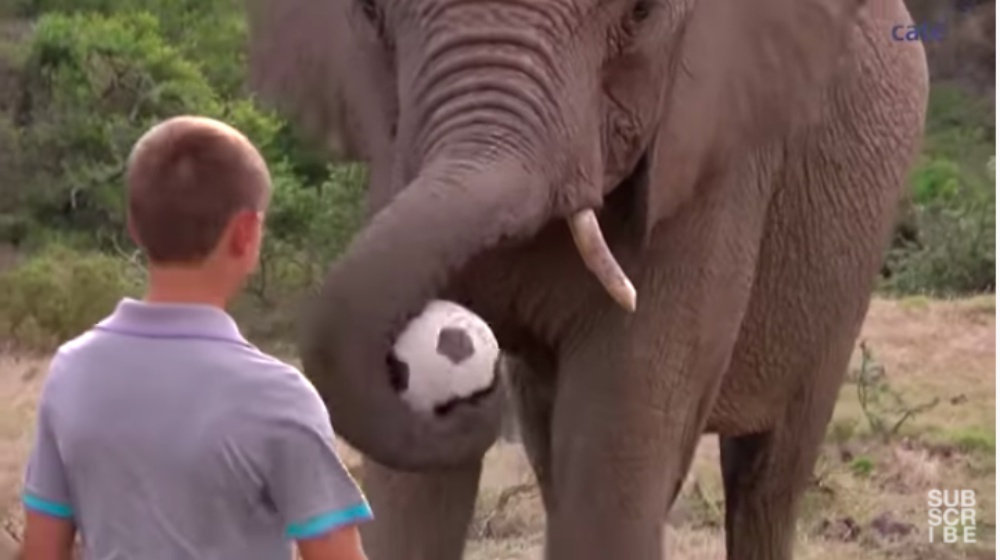 Finn recalled the game as a little intimidating in the beginning:

“It was a bit scary at first because the elephants were so huge but as soon as I started scoring goals and beating them I wasn’t scared anymore.” 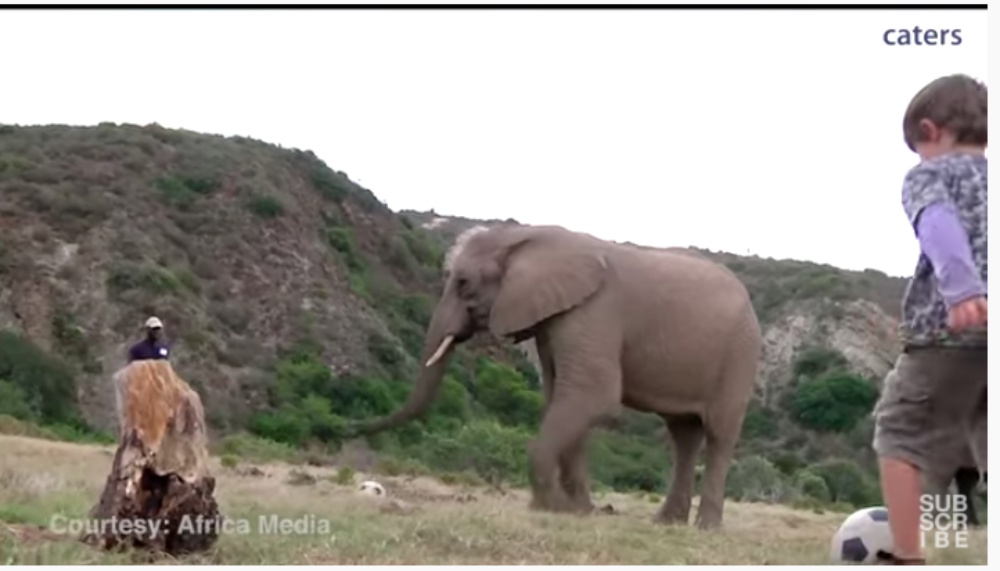 “Brawn was definitely weighed in favour of the elephants but ultimately the dribbling skills shown by the boys won through.”

Of course, the boys had the advantage of a wider range of leg movements AND the ability to jump.

Of course, trampling isn’t really a useful soccer skill, but the elephants were great at blocking. They didn’t even really have to move around much to do it.

We’ll have to remember to put them in as goalie next time we try an interspecies match. 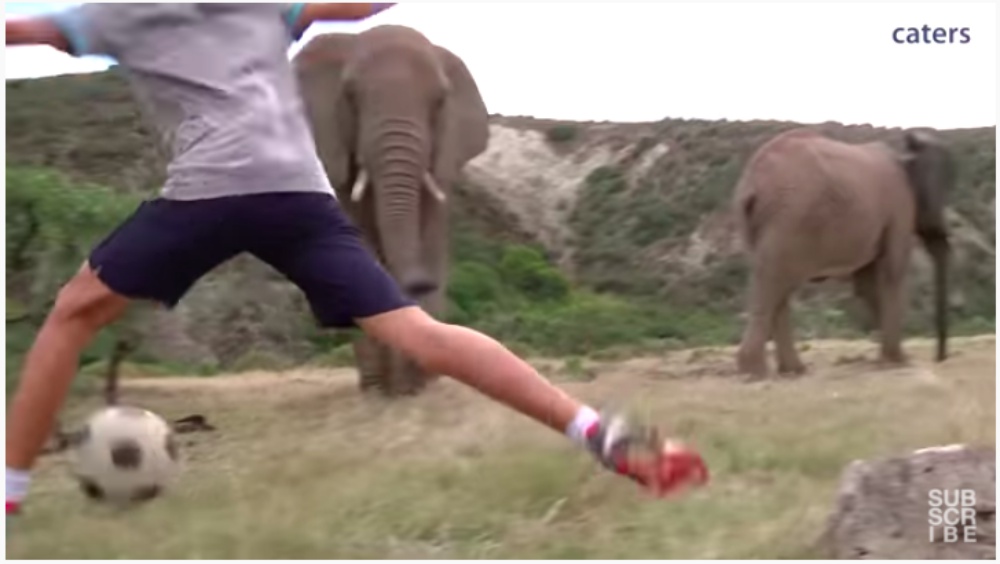 Those who visit the reserve can stay on-site and roam the sanctuary as well as meet and walk with the wildlife daily. During these walks, rangers inform them about the threats facing the animals, so it’s not all fun and games.

Be sure to scroll down below to watch the boys play one very special match of interspecies soccer.