Dogs, being descended from wolves are still intrinsically pack-animals. Because of this, they operate in groups to take down their targets. Even a group of pups together can be a formidable force for an unsuspecting victim. 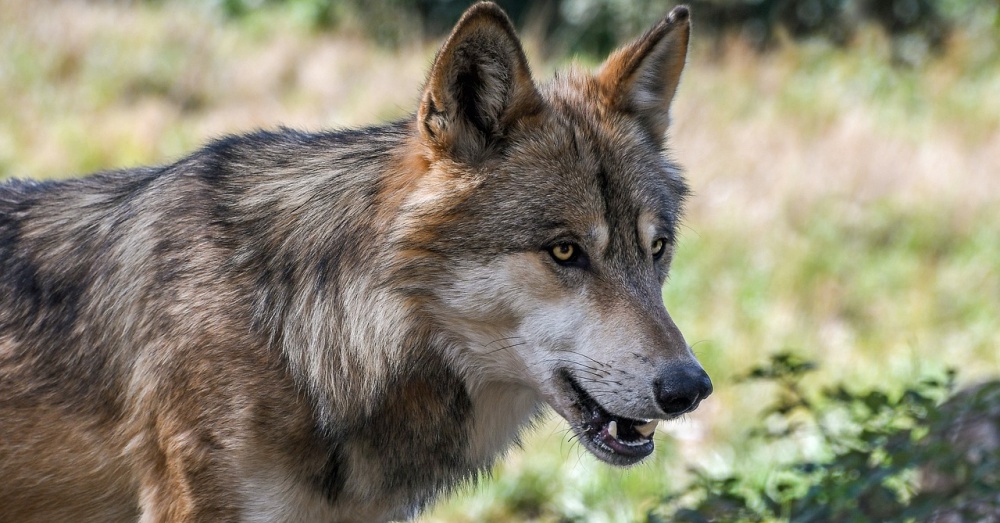 To bring them down with affection!

And what breed is more notorious for wanting to play games than the humble golden retriever? Bred and loved for their happy-go-lucky temperaments and friendly demeanors, they’re the perfect companion and the go-to breed for families. 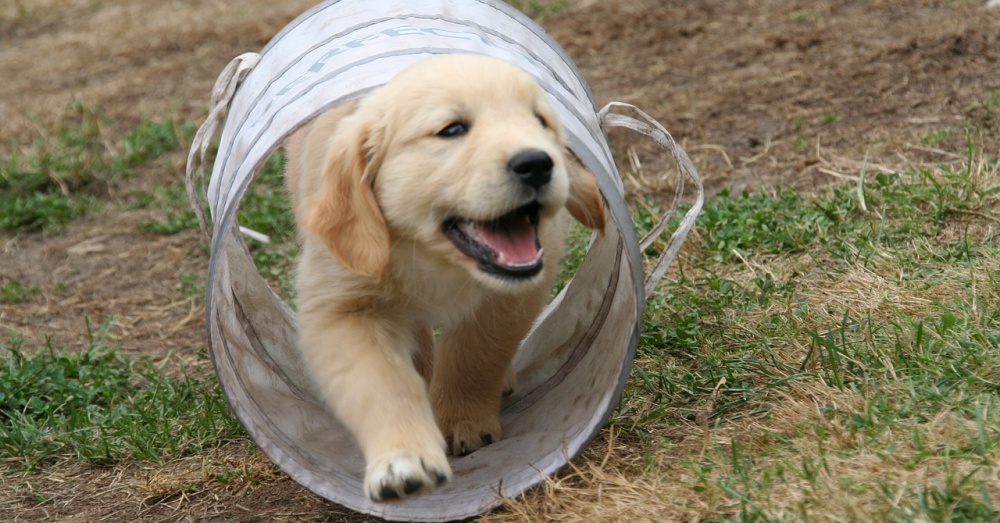 Specifically, their puppies are ruthless in the way they dish out cuddles. A group of golden retriever puppies is like a swarm of locusts, except instead of leaving devastation in their wake, they leave laughter and joy. Now that’s a plague I can get behind!

The Edna Valley Golden Retrievers breeding facility in San Luis Obispo California, know all too well what these “vicious” pups can do in numbers! 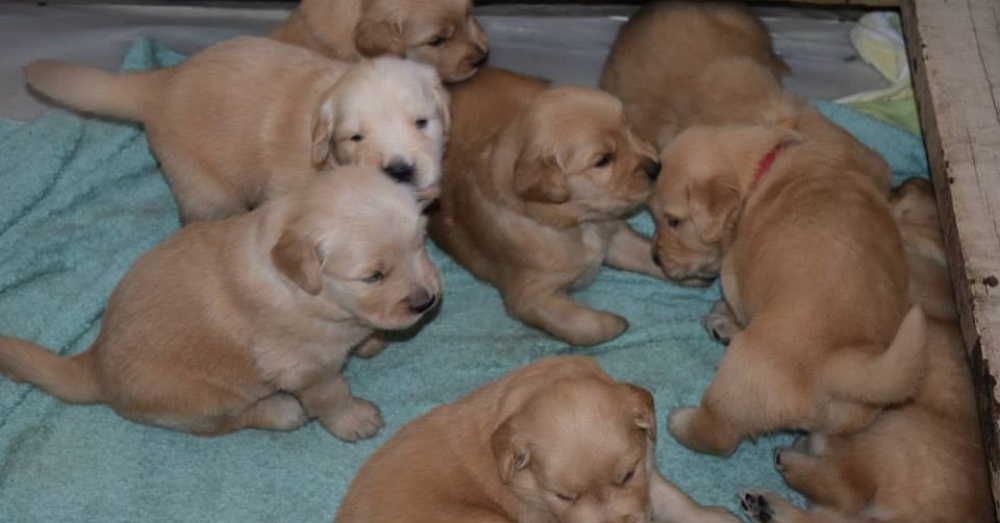 If you don’t believe me, you need to see this harrowing footage of a pack of seven puppies mercilessly taking down an unsuspecting victim. Fair Warning, the cuteness levels of this attack are disturbing.

If you have a weak stomach for high levels of adorable, we suggest watching the video with a stuffed toy or pet of your own to release excess cuddles. 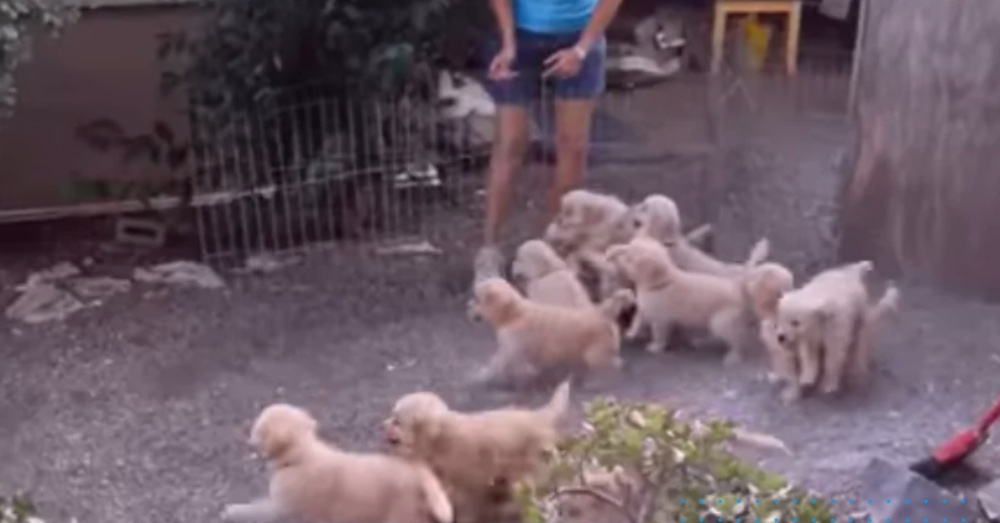 After the puppies are all released from their enclosure, all heck breaks loose.

Like a pack ravenous for their next frolic, they erupt from behind their gates like a clumsy hoard. If they didn’t get easily distracted by leaves and trip over their over-sized paws they would be a formidable threat. When they locate the unsuspecting target of their next attack, they waste no time in swarming him. 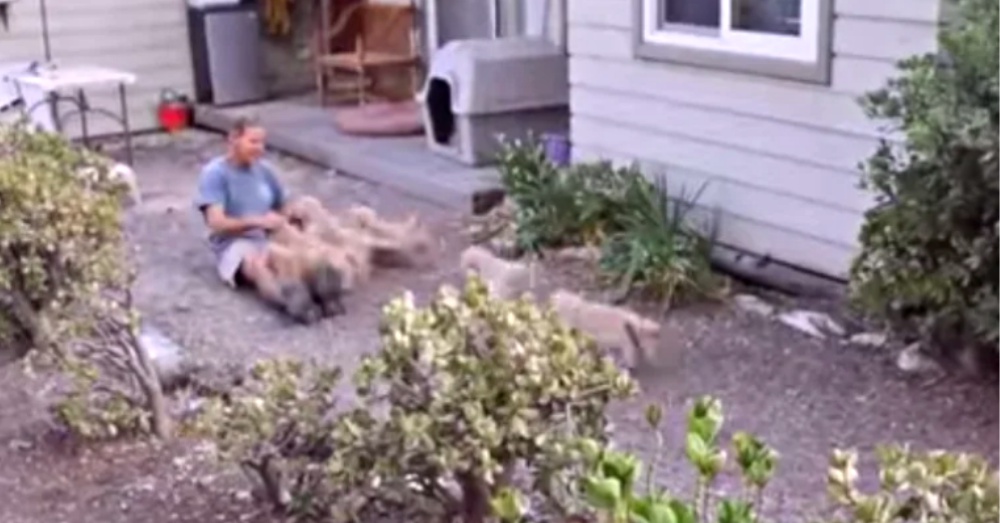 He quickly becomes overwhelmed by the barrage of fluffy assailants.

With wagging tails and licking tongues, they overpower the man, who in his state of distress can do nothing but giggle under the weight of their attack. He truly is a helpless soul. These graphic images reveal the brutal reality of a wild pack of golden retriever puppies at their worst. 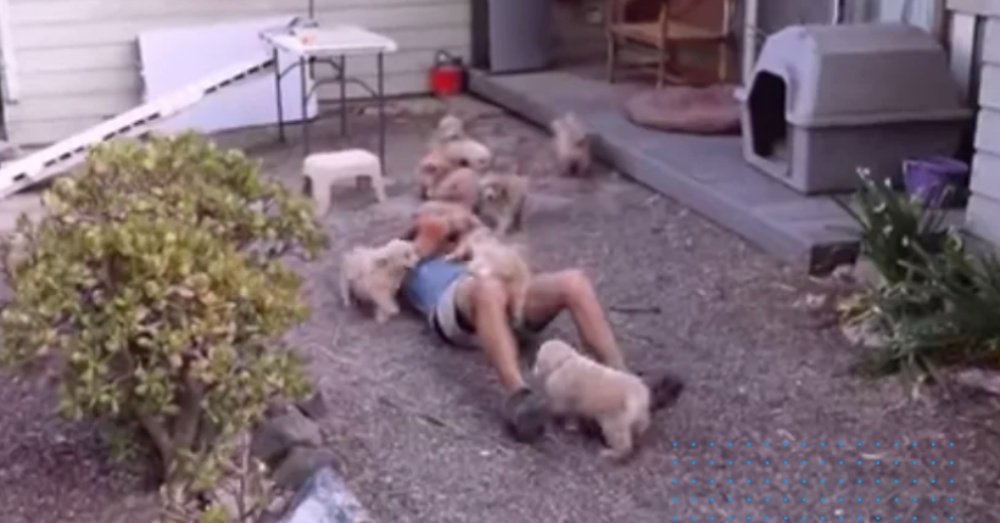 This poor man is so frightened that he can only laugh and giggle.

In breeder training they teach you that to escape an attack such as this, instead of playing dead, you should pretend to be having the time of your life. You should giggle, squirm and smile. While it may appear that this man is living a dog lover’s dream…he is really fighting for his life. 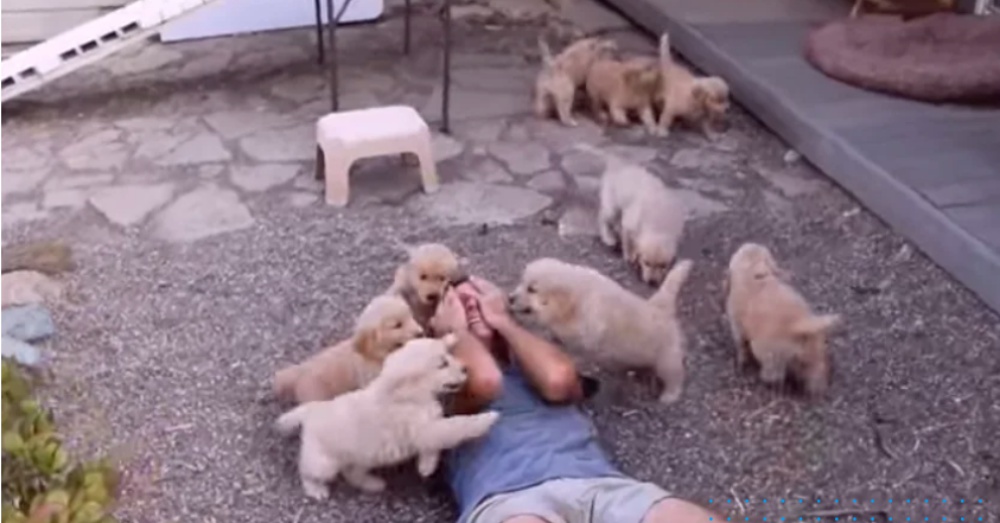 This will fool the puppies into believing that you’ve had enough affection and cuddling and they will soon leave you alone.

Unfortunately for this man, these puppies are relentless, and they assault the man with love even though he has followed instructions. This poor helpless victim has succumbed to the might of a viscous pack of pups.

At last, he breaks free from the hoard, traumatized, but unscathed. 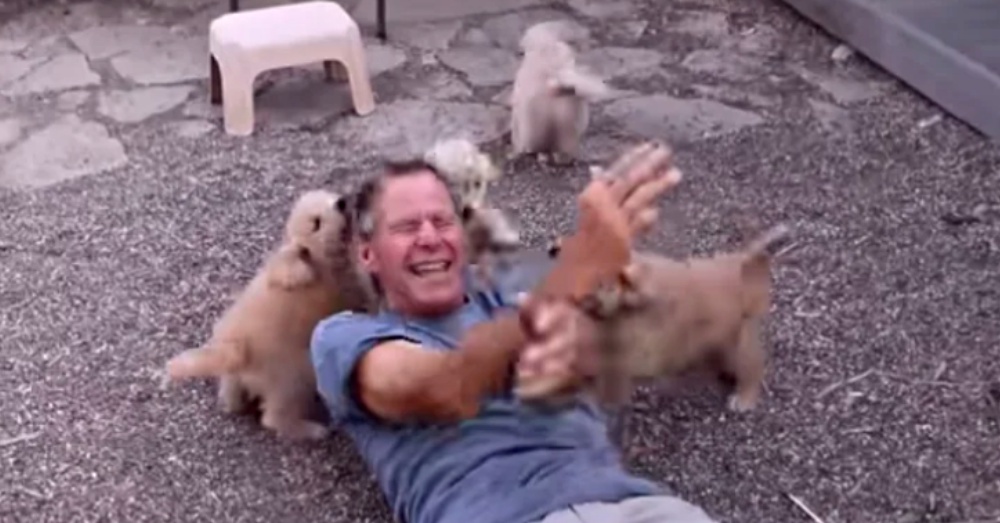 Watch the full video below to witness this harrowing barrage of cuteness. If you dare. Please SHARE this with your friends and family.