An act of kindness two cubs will never forget.

An incredible German Shepherd stepped in to save two lion cubs after their family situation went completely wrong.

“This is totally abnormal”

In a disturbing video, a lioness is seen biting her cubs. Needless to say, everyone associated with the cubs was worried about the situation, and finally, the keepers of the park removed the two baby lions. 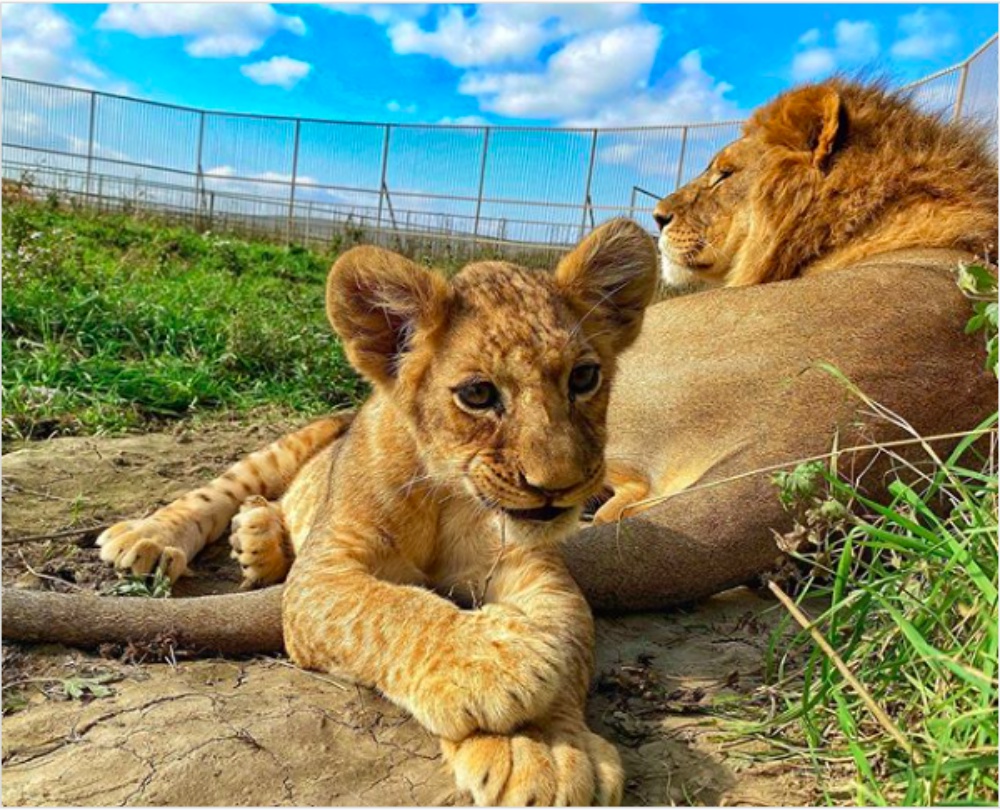 The park director in the Russian city of Vladivostok, Viktor Agafonov, was worried about the situation and decided to give the cubs to a German Shepherd mother named Sandra. He was hoping there would be some kind of bond formed and the dog would let the lion cubs suckle and get important nutrients.

Both of the lion cubs were terribly emaciated and dehydrated, neither looked like they were going to make it.

Viktor’s report worried all of us.

Viktor commented to the Daily Mail, “What the mother lion is doing is not quite normal. She is biting them. One cub seems even to have a little wound. This is completely abnormal.”

When asked about the lioness, the park noted that she was a first-time mother, and she had been described as “very introverted, reserved, and secretive” before anyone noticed her neglect for her children. It just didn’t seem like Sirona- the lioness knew what she was supposed to do with her cubs. 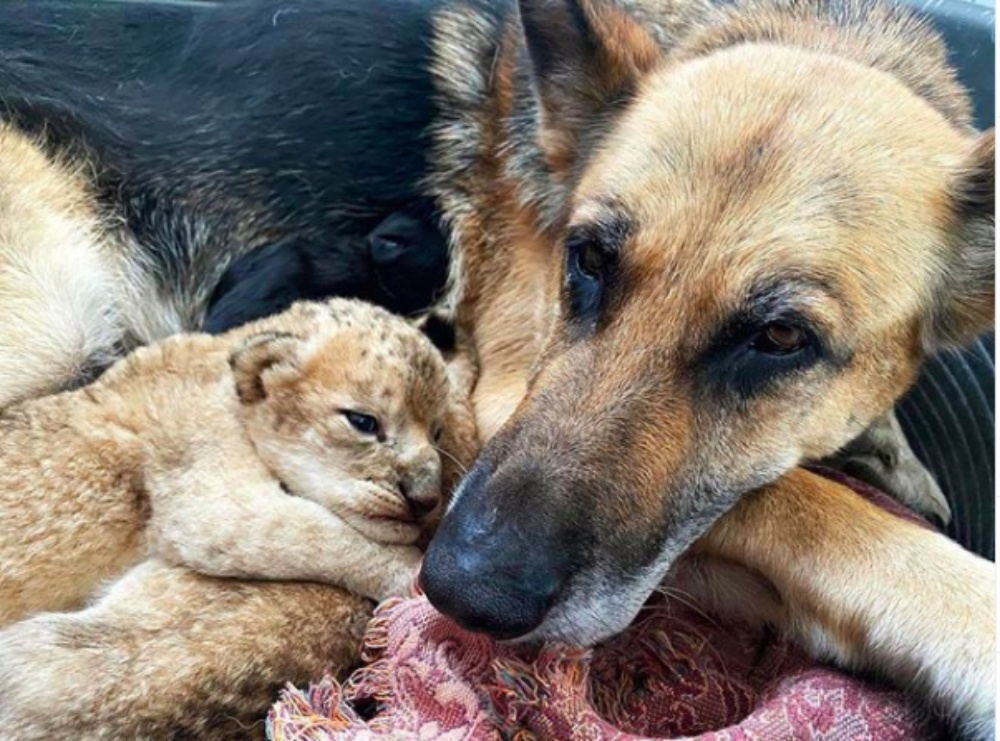 The hero the cubs needed, Sandra.

Sandra the German Shepherd had no such trouble and had just given birth to a puppy. So she became a surrogate for the two cubs.

Agafonov heaped praise on the eight-year-old foster dog for taking on the little lion cubs.

“It is interesting that this dog doesn’t like cats, yet she decided to accept the little African lions into her family. She has a puppy, smaller than lion cubs. But the dog has enough milk because in the past she has fed eight puppies.”

At the end of his interview with The Daily Mail, Viktor tried to put into words what the German Shepherd Mother had done for the park. 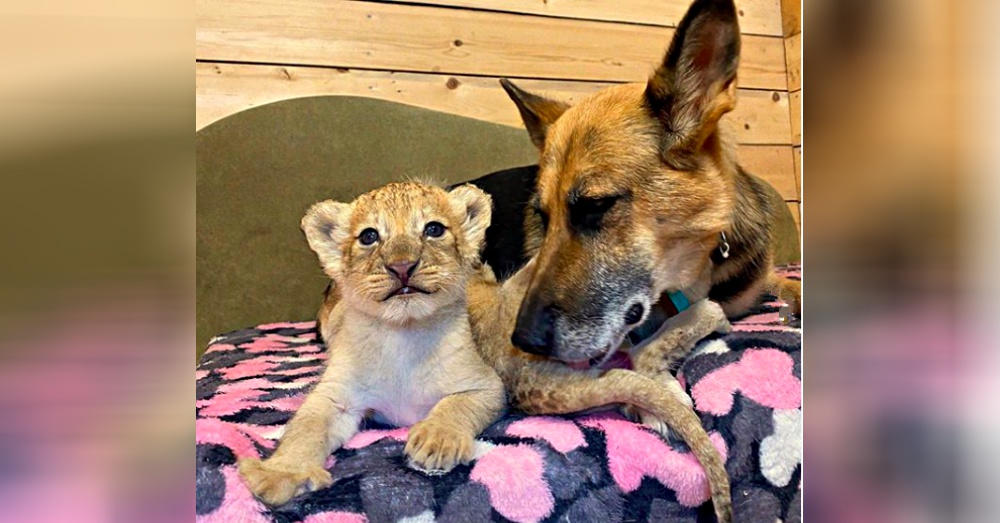 “This dog helped us a lot, obviously, and she will help the cubs to survive because their mother, Sirona, didn’t come close to them. The male cub is already sucking milk carefully. And the girl cub is taking it too.” He said it was an “unusual case when a representative of one animal species fosters cubs of another, let alone wild. The dog’s milk is very appropriate for the cubs, it has all the necessary nutrients for normal development.”

These are some of the most heartwarming pictures you could see. This is not the German Shepherd’s responsibility. She has her own young puppy to help feed and grow. But apparently, dog mothers are very similar to human mothers with the care and concern they have for all children. 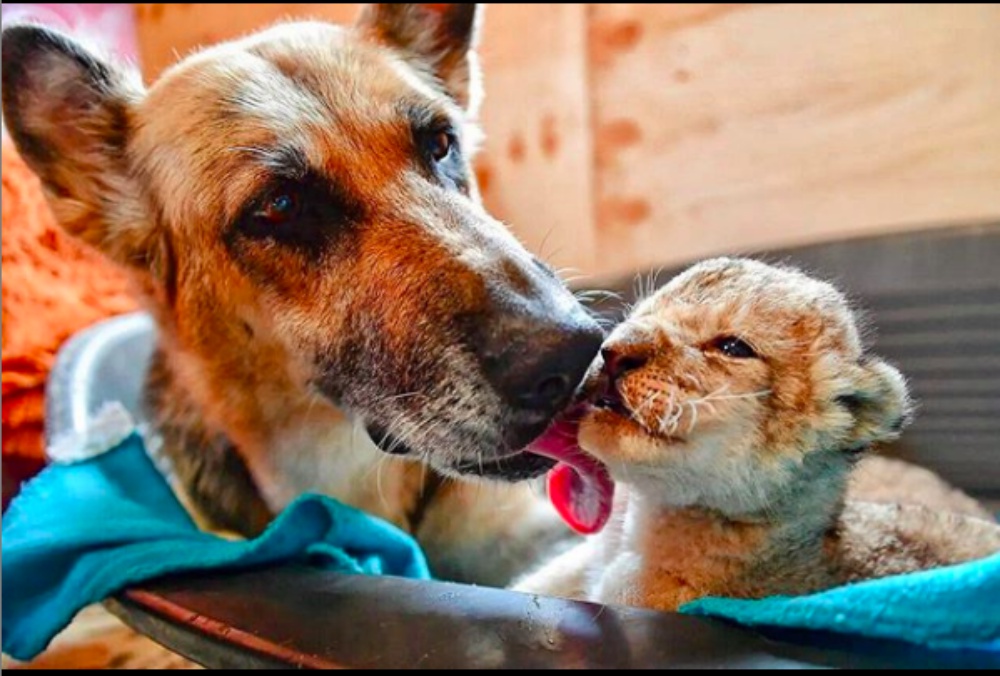 We could all be a bit more like this dog. She helped those in need even though she had no obligation to do so. There are so many people around us that are hurting and in need. Let’s do our best to help people today and love everyone, just like Sandra.

See a touching video of her nursing her lion cubs in the video below.