Cartoons and movies have always depicted cats and dogs as rivals. One always seems to end up being bullied by the other which then results in pure chaos: dishes breaking, vases falling, tables and chairs shoved out of place, basically everything falling and breaking as the two creatures tear through the place. At least that’s how it’s seen in the films we watch and sometimes, in real life, in some households. Fortunately, this isn’t always the case.

There are cats and dogs who end up becoming the best of friends.

Some hit it off instantly. Cats adopted from animal shelters are given warm welcomes by pups who see them as new playmates. Some are wary at first. After all, there’s no telling what the other is capable of doing, given the differences in temperament and overall character. Eventually though, it all ends up going smoothly, just like this funny pair. 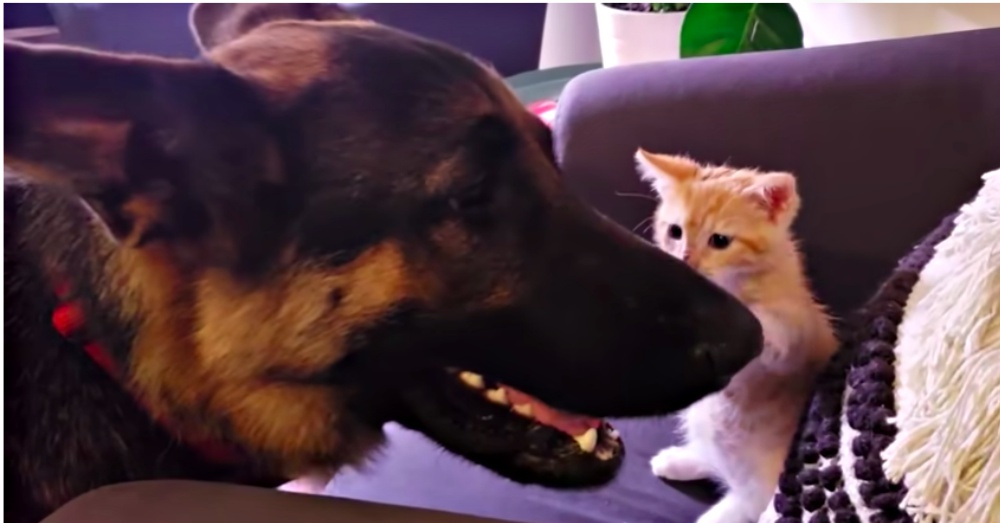 Beck the German Shepherd didn’t know how to react when his family brought home Bleu, a kitten. Beck wasn’t hostile but he sure was hesitant to get to know the new addition to their already happy family. He’d watch from a distance as the kitten pounced about, and sit still beside his pet parents while the kitten slept in its carrier. 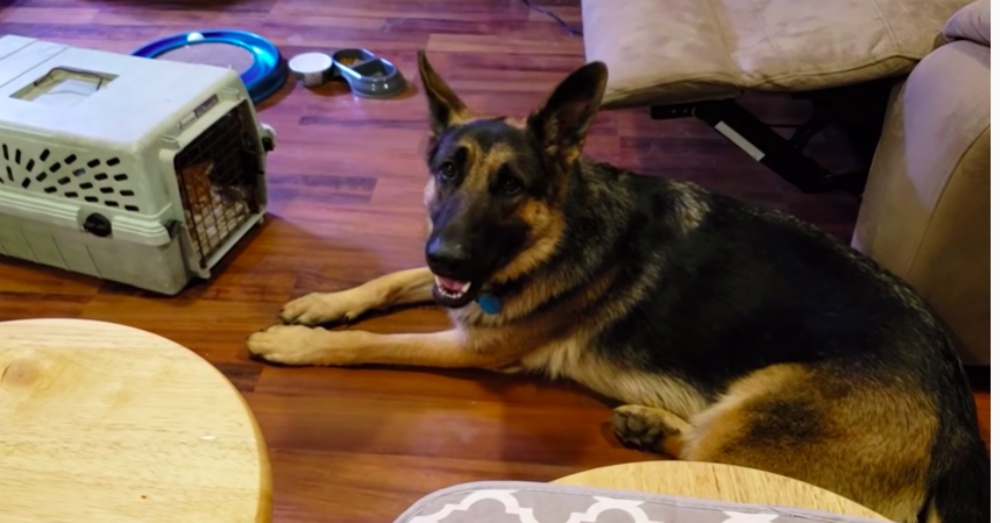 Bleu didn’t get the warmest welcome from the German Shepherd but at least Beck was nice enough not to provoke the little kitten or make it feel that it wasn’t welcome.

Beck was simply getting used to having Bleu around.

With patience and assurance from his pet parents (and allowing the two to somehow interact at their own pace), things started to get better. Beck realized the kitten was just really, really playful. So he started to warm up to it. 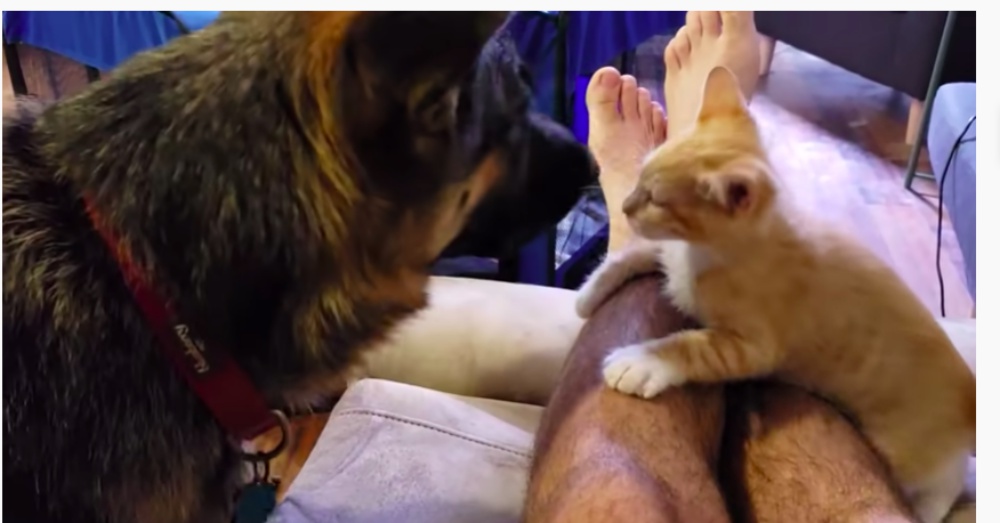 From simply watching it and walking away to eventually letting it pounce all over him and play with his ears, Beck finally realized this kitten was best friend material. The ever gentle German Shepherd would let the kitten play as much as it wanted. Beck would let it jump about near him and would barely flinch even as Bleu played with his ears and well, basically invaded his space.

It was the beginning of a wonderful friendship.

Pretty soon, the two would play in the grass together, chasing each other and exploring together. And when they were indoors, they’d still find ways to play together. Bleu would bat at Beck and Beck would playfully try to sniff and nudge the kitten’s paw with his nose.

The two ended up getting along so well that there was no more concept of ‘personal space’ for the German Shepherd – he very gladly let the kitten play wherever it wanted. 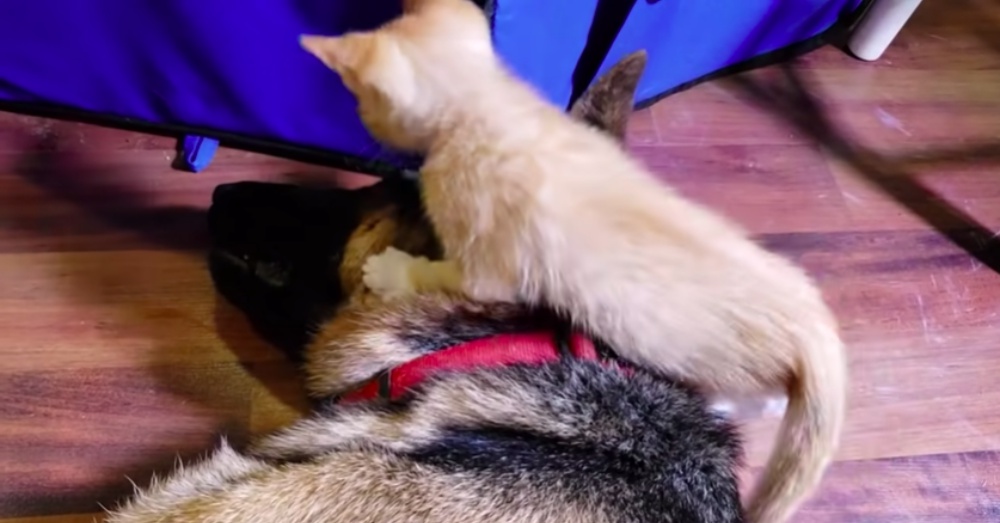 There’s no shortage of cuddles, either.

Whether Bleu wanted more warmth or simply wanted to show affection towards Beck, Beck would be totally okay with it. Bleu would snuggle up to the German Shepherd and sometimes even use its legs as another toy. It’s safe to say they balanced each other out perfectly. 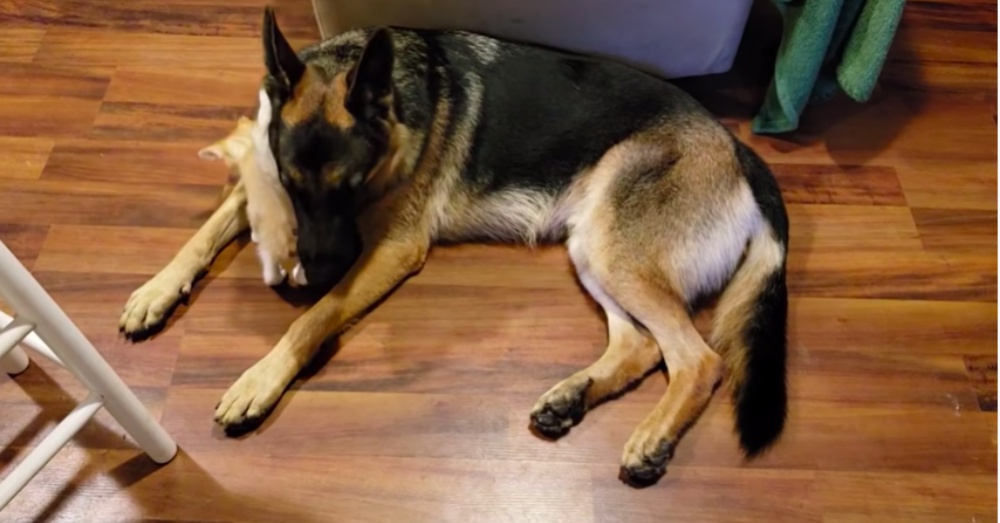 As the kitten grew, so did their bond. The now inseparable duo live happily together at home.

Bleu and Beck always bonded: play time, nap time, and even during the mundane moments in between.

The mischief in Bleu’s eyes was always met with the gentleness of Beck’s. Whenever Bleu would horse around and bug him, the German Shepherd would simply play along or stay still and let the cat have fun. There’s no doubt these two are protective of each other, too. 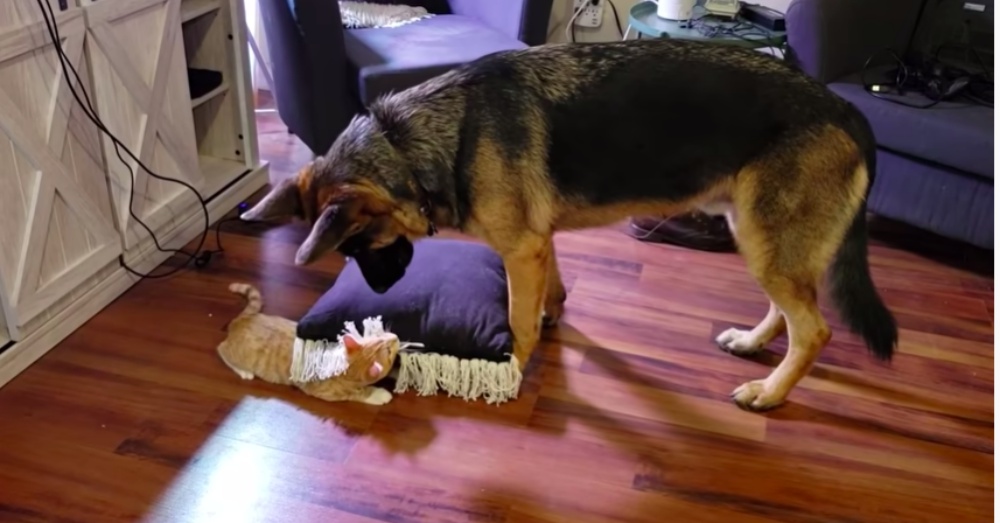 From strangers to becoming the best of friends, these two are now inseparable. Watch their adorable friendship blossom below.