Owning a dog means you’re responsible for their health and happiness. However, it’s also important to provide them with some training too. Teaching them obedience commands will help ease the stress in certain situations (like if you need them calm), and in others, it can even help keep them safe.

There are pet owners who like to go beyond just teaching their dogs the basics. In fact, some train them to do fun tricks as well! One man decided to film the trick he taught his German Shepherd and share it online. Let’s just say she certainly deserves a treat for her “dramatic” performance!

If you’re looking to train your dog at home, the Cesar’s Way website provides tips for teaching your dog five essential commands – sit, stay, down, come, and leave it. Each one ends with a treat reward. 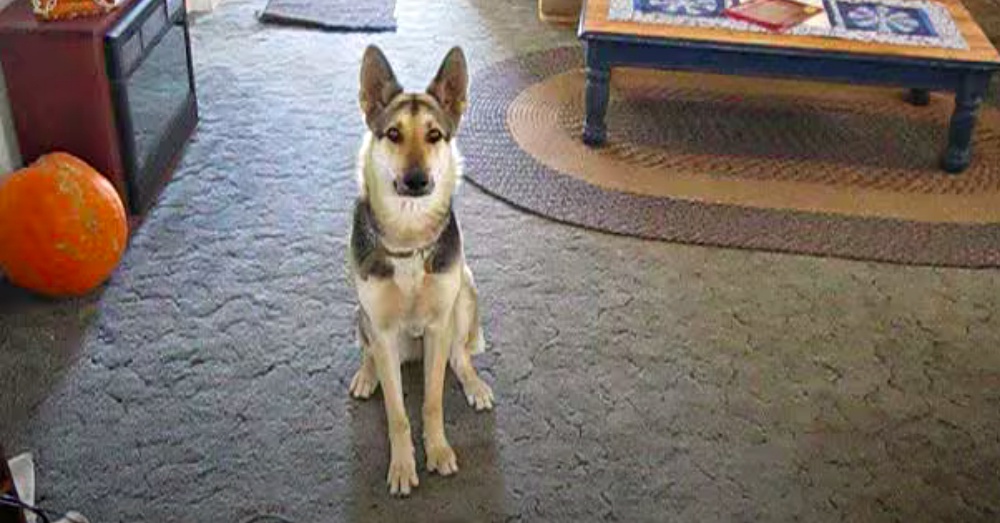 As for the dog Sam in the video, she’s excited to get a tasty treat as well. It seems like it’s the method of training her dad used – so she knows just what to do to earn one!

German Shepherds are intelligent dogs, and according to the AKC, the breed is the second most popular in the United States. Their loyalty, courageousness, strength, and trainability make them excellent K-9s, service animals, and military working dogs. In a family household – they can be protective, loving, and great companions. Really, what’s not to like about a German Shepherd?

Now it’s time for a trick.

In the video, Sam’s owner has a question for her that can send any pooch into a frenzy. She’s sitting nicely on the carpet when the guy asks, “You want a treat, Sam?”

Let’s face it, there isn’t a dog in the world who’s going to refuse an offer like that! However, Sam is a trained animal that knows various commands. While she gets excited for a moment at first – she quickly listens to her dad when he tells her to “stay.” 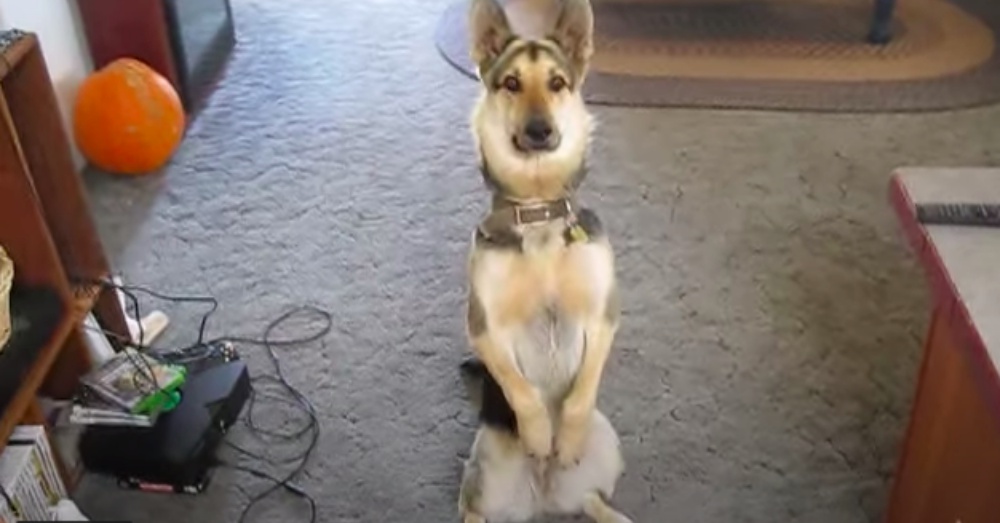 On to the next command.

Just as Sam’s dad is telling her to “sit,” she quickly hops into the position, almost as if she knows the drill. She actually poses sitting back on her hind-legs with her front paws up. Now, this isn’t the exact trick her owner wanted to show the internet, but it’s still a very impressive “sit!”

He then tells Sam to “stay” again, prompting her to lay on the floor. She stares at her dad almost as if she knows what’s coming next… 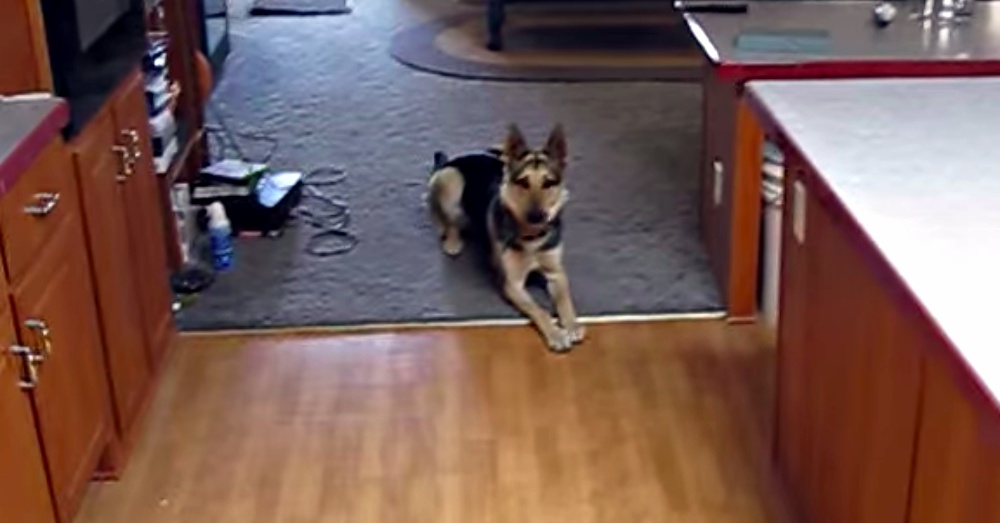 The man shouts the word “bang” and the dog flies into action. First, she yelps and does a spin on the floor as if she’s really been hurt. 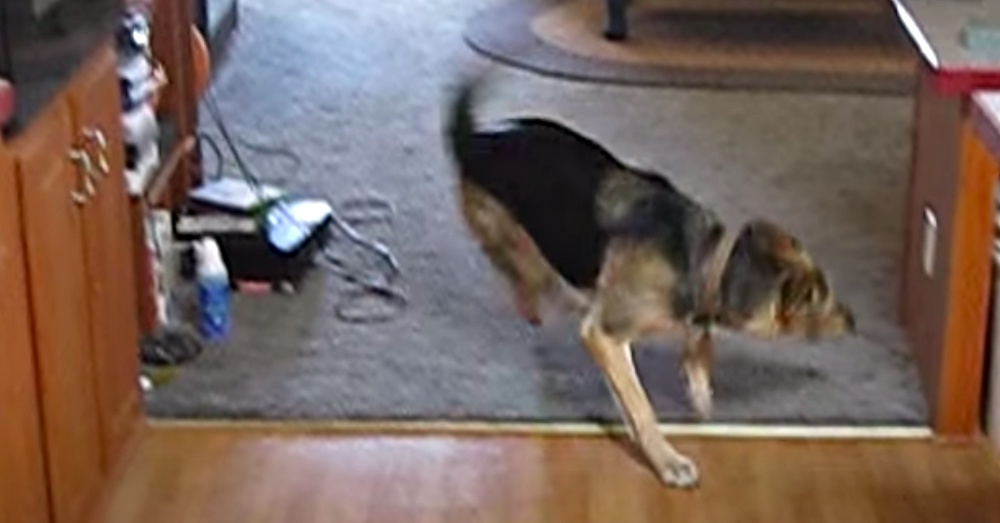 Sam then falls to the ground and goes “belly up.”

It’s a dramatic “play dead” trick that looks like it comes straight from Hollywood. BRAVO, you little actress you! Her dad immediately responds with a loud, “Good girl!” 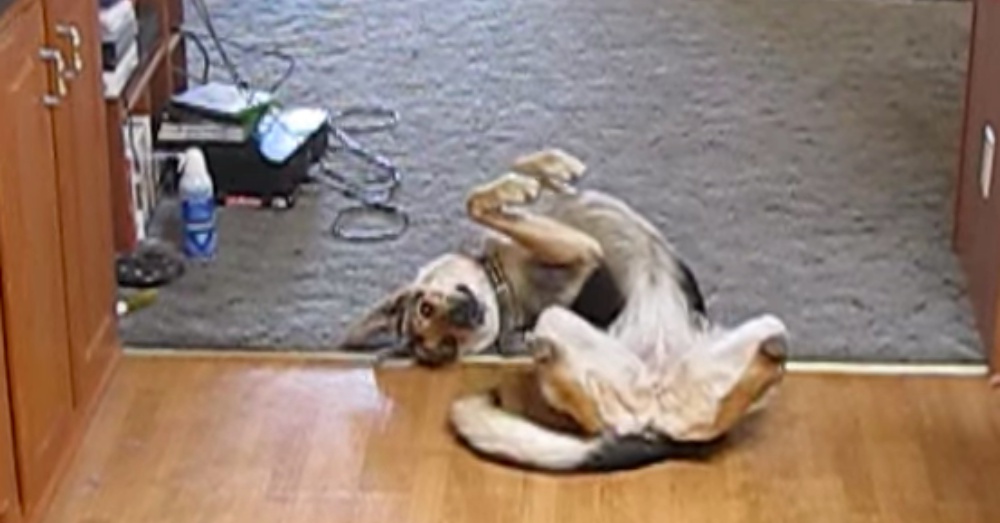 “Brilliant dog!!! She brings something extra to playing dead. 🙂 So sweet!” 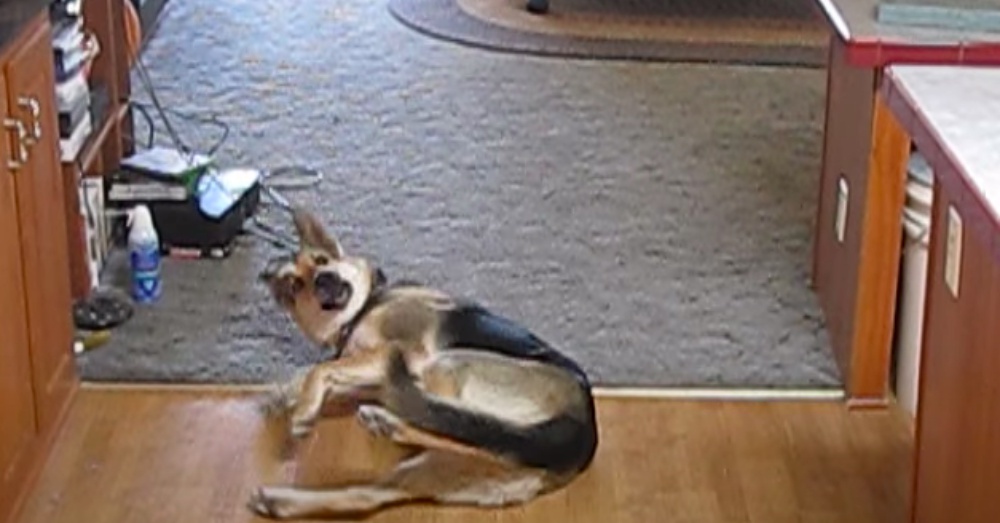 Training your dog is an important part of being a responsible pet owner. However, there’s nothing wrong with having fun with them too!

Another viewer was impressed by all Sam put into the trick. They wrote:

“Hahaha amazing..! With moaning and everything ..! :D”

Watch the video below to see Sam’s full dramatic trick for yourself. Can we get this girl an agent?