Herd Of Elephants Run To Greet The Newest Rescue

Babies need care and compassion if they want to thrive. This is true of both humans and animals; we all need our families to comfort us and help us grow. Unfortunately, sometimes we are separated from our mothers.

That is what happened to a baby elephant named Dok Geaw. He is one year and nine months old, and until recently he was completely alone. This little guy was rescued and brought back to an elephant sanctuary. 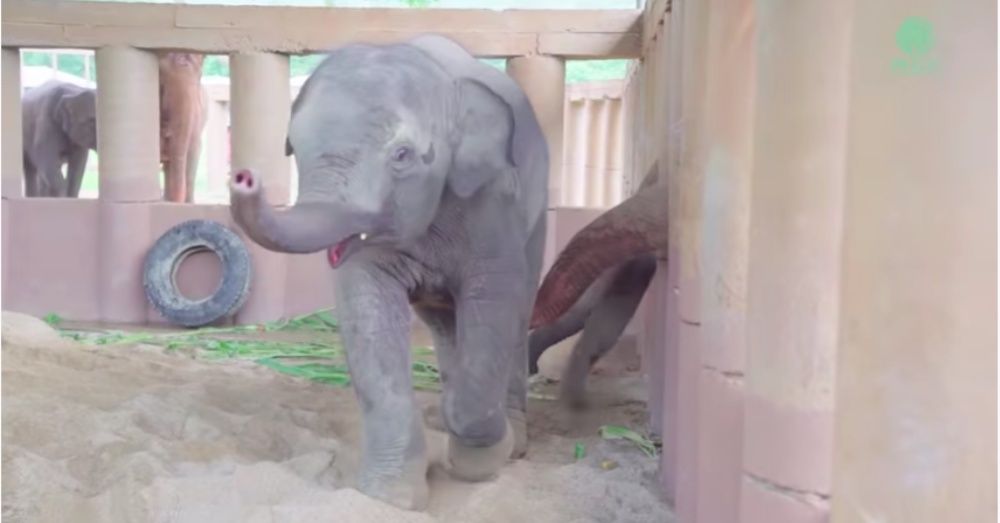 He was taken to Elephant Nature Park, a self-described “elephant rescue and rehabilitation center in Northern Thailand where you can volunteer and visit to help elephants, dogs, and cats.” The Park works toward several goals, including providing sanctuary for endangered species, rain forest restoration, cultural preservation, visitor education, and politically independent actions. 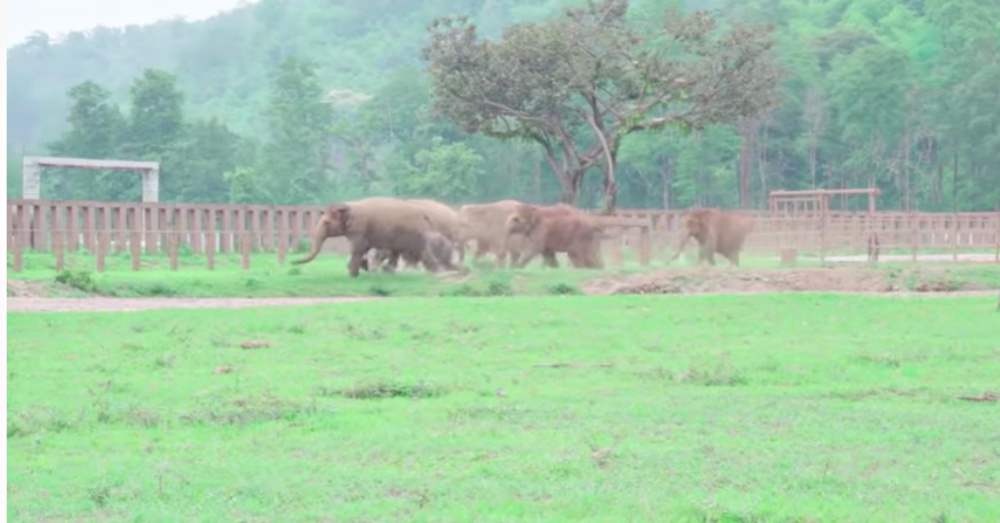 Not only was Dok injured, he was without a mother. This is a BIG DEAL in the animal kingdom. Elephant Nature Park explains that “during their early years the calf follows the mother everywhere learning invaluable survival lessons from her and the rest of her herd.” Without a mom, this baby elephant might not be able to grow properly.

It must have been so scary to be in this situation. This little elephant had no way of knowing what was going on, and he had no one to look to for guidance. He didn’t know if he would get along with the other elephants, or if he would be picked on since he had no one to defend him. 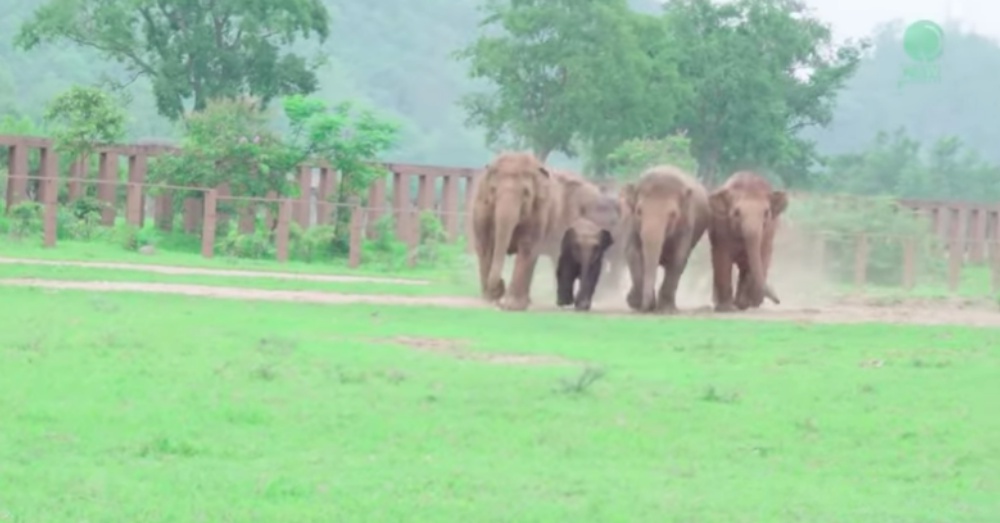 Without a family, this elephant was sure to grow depressed. When the workers brought the baby back to the sanctuary, somehow the other elephants knew what was happening. They gathered together and did something that blew the workers away. 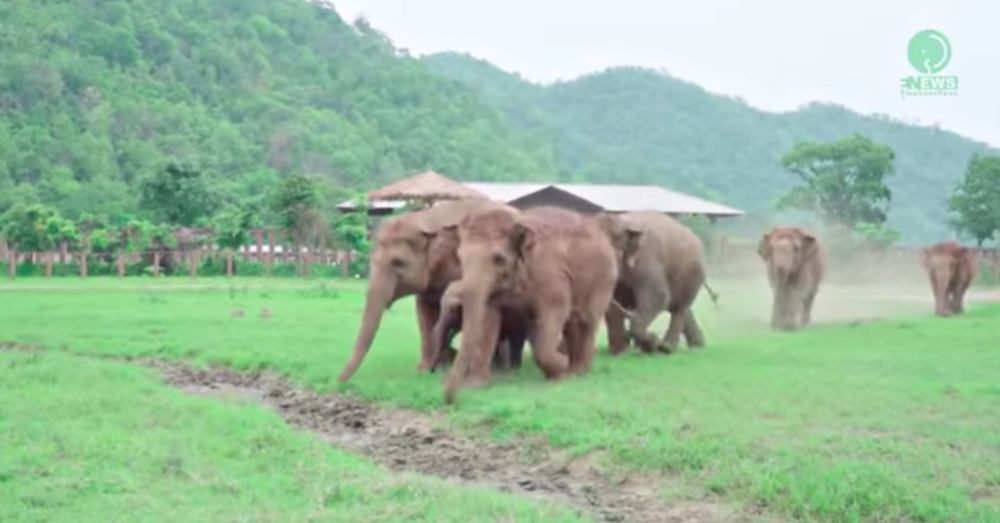 The entire herd of elephants ran to greet the baby! A group of huge elephants trotted over to where the young one was kept. They made a beeline for his confined area, then they proceeded to show him love and affection.

The little baby saw the other elephants before they reached him, and he excitedly cried out to them. Hearing his sounds, the elephants knew exactly where he was and how to get to him. they rushed up to his container and stuck their trunks through the gate. 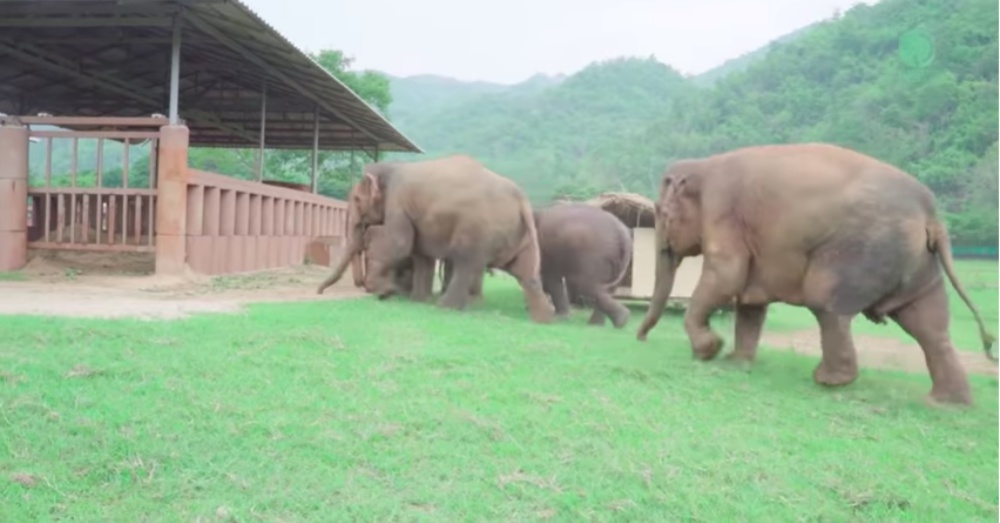 They each stuck their trunks onto the baby through the holes in the gate, and it looks like they are petting him. The baby seemed to understand the gesture, and he stuck his trunk back out at them. The whole thing is absolutely adorable. 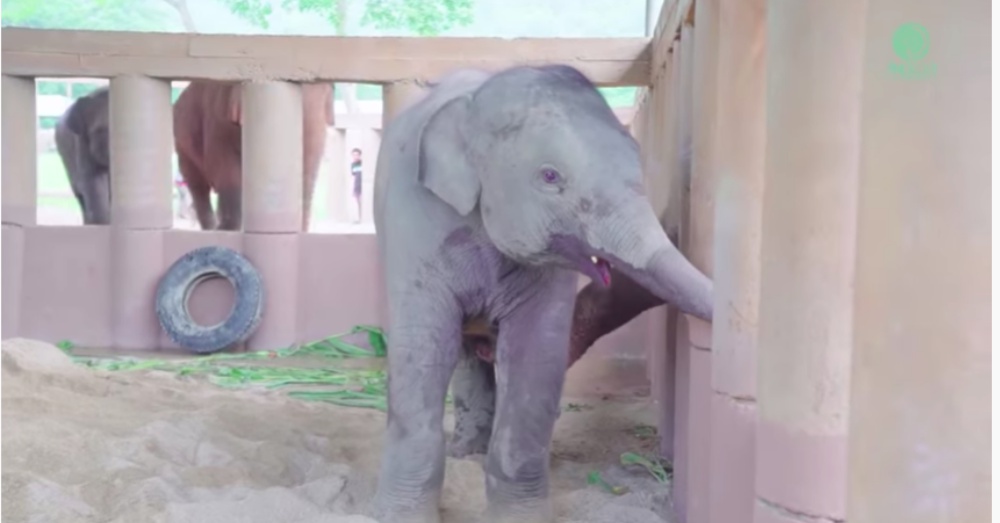 Receiving this affection from his peers certainly changed the baby elephant’s tune. He looked happy to be where he was, surrounded by loving brethren. Maybe Dok would be a good fit, after all.

Of course, it will still be difficult for this little guy to grow up without a mother. Elephants adhere to a strict social hierarchy, and the matriarch is naturally the leader of the pack. According to Elephant Voices, “No individual or individual personality has more impact on family structure and fortunes than the matriarch, or female leader, of an elephant family.” 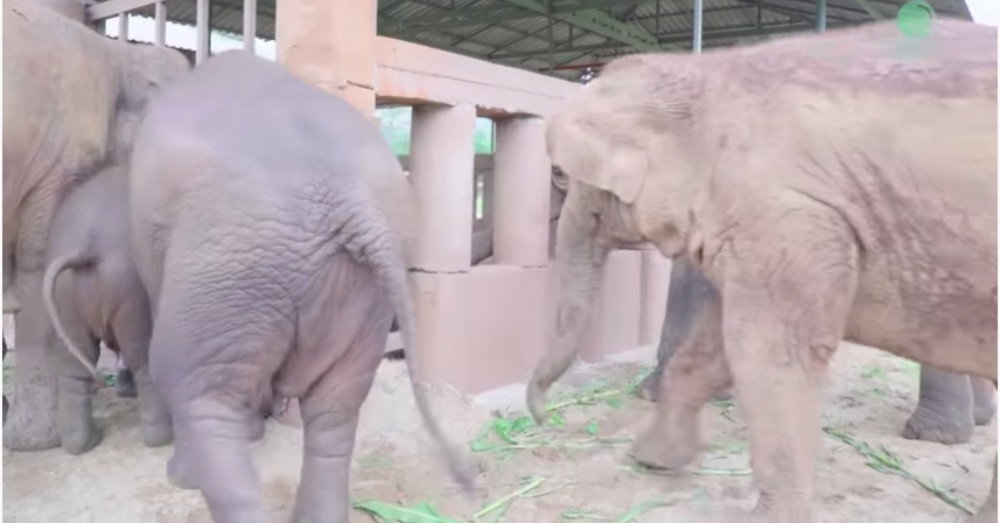 Even though Dok has found friendship with his fellow elephants, he will always be missing a bit of that strong female energy. Perhaps he will adopt a different female elephant as his new mom, or maybe he will be raised by the group as a whole.

Since elephants are often provided guidance by their entire family, this baby can look to the others as his aunties and uncles. He still has an excellent chance at growing big, strong, and happy.

When you’re in a tough situation, family can make all the difference in the world. These elephants may not have been related to Dok, but they are certainly his family.

Denmark Adopts Country’s Last Circus Elephants So They Can Retire Peacefully: Click “Next” below!