Many a time dogs treat their new human siblings as if they really were big brothers or sisters, trying to show them the world and teach them new skills every day.

Animal behaviorists have concluded that since dogs are social creatures, just like humans, they have what they call the “pack drive”. Therefore, it is natural for them to protect their family members, including new babies. Science has also proved that babies living with dogs are happier, since their relationship with the animals raises levels of serotonin and dopamine, the chemical building blocks of positive feelings. 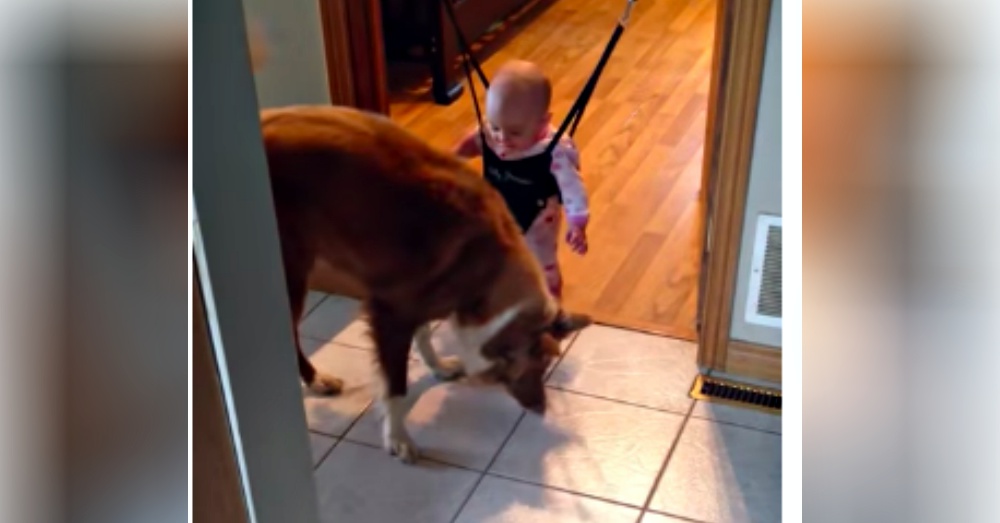 One example of this special relationship between babies and dogs is that between baby Alexis and Day the dog. The two of them became viral several years ago, when Alexis’ mom posted a video of the two on YouTube showing how the dog was teaching baby Alexis how to jump.

As Sabrina explained in the description box below the video, the baby was just learning how to use the jolly jumper. The family dog, who happened to be around, started jumping as a reaction to her own shadow. As Sabrina explains, Day has a love of shadows and it was only to be expected that she would be triggered by what was going on there. 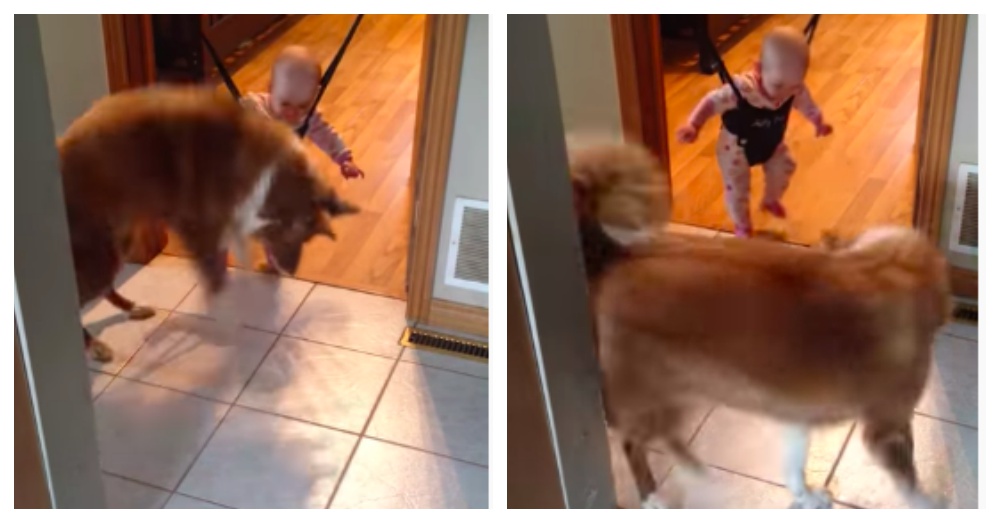 However, Day’s jumps also served another purpose. Alexis caught on her moves and tried to mimic them, subconsciously learning how to jump herself! It’s amazing how humans and animals can have such a connection, and even learn from each other.

In the video, we can see a super excited baby, while the dog is constantly chasing her shadow, performing hilarious jumps every time she spots it! 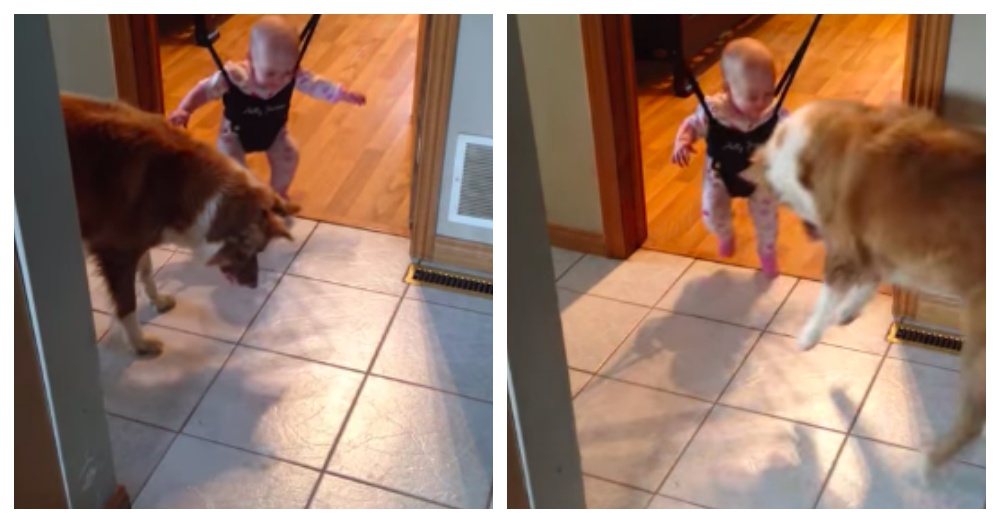 Of course, this is not the first time we’ve seen dogs teaching kids new skills. Over the years, we have seen dogs teaching babies to crawl, either by providing an example or by using their paws to set them up correctly to start crawling. Also, we have seen pups teaching language skills to toddlers using flashcards, while others showed them how to use several toys properly, and the list just goes on and on.

Let’s admit it. Babies are one of the cutest sights to watch and so are puppies. Now combine the two and you have the most heartwarming videos you could ask for. And, of course, one of them is definitely that of Alexis and Day. 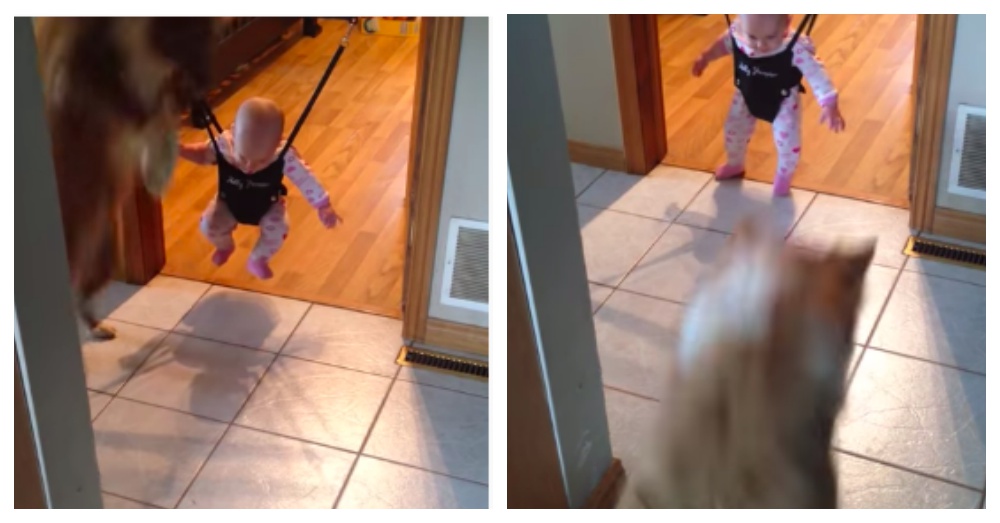 Since then, about six years have gone by and Alexis must have learnt a lot from her canine bestie. She will definitely make new friends- of course, human friends mostly- but she will never forget who taught her to jump and who spent countless hours with her when she was just a baby.

We are sure their mommy is proud of them, too! It seems that they have raised Day properly so she could accept the new addition to the family and they did a great job with the socialization of both. Good job!

You can watch the funny video below.