Cute French Bulldog Shows Off His Many Talents

We know how much our dogs love us without them even saying a word. Really, all it takes is your pet sweetly greeting you at the front door after a long day to remind you of how much they care!

Although a pooch’s unspoken affection is typically enough for most of us – you gotta admit, it’d be pretty neat if they were actually able to say it too.

One pet owner decided to teach her French Bulldog how to “speak.” But instead of just teaching him to bark on command, he actually learned how to mimic the phrase, “I love you!” Fortunately for us, she flipped on the camera and was able to capture his special trick on film. 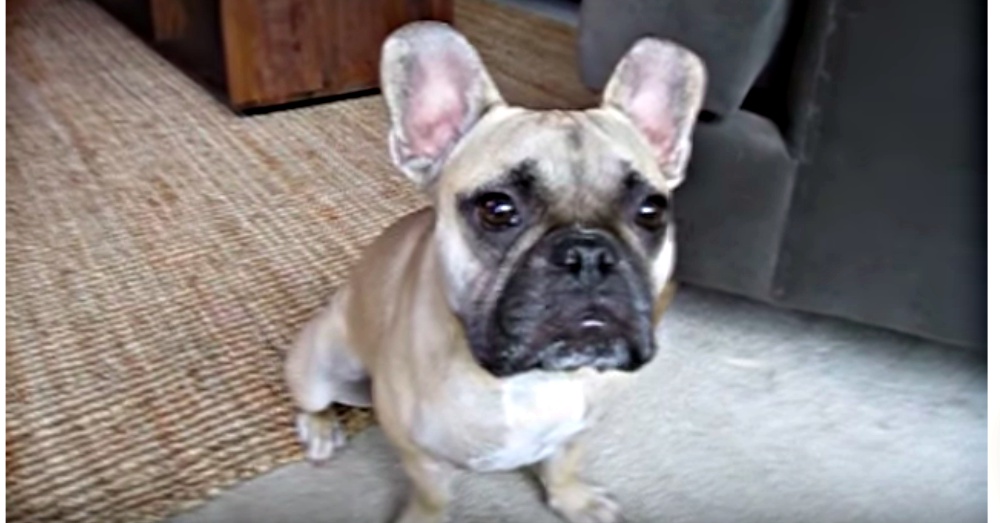 It’s common to hear about parrots who can talk, but a talking pooch? That’s a little more unusual indeed.

The woman who’s behind the camera in the video below is the owner of a Frenchie named Taj. He’s a little cutie who’s also a big fan of yummy treats (weird, right?). So when she busted out a bag of snacks, he was ready to bust out the tricks! 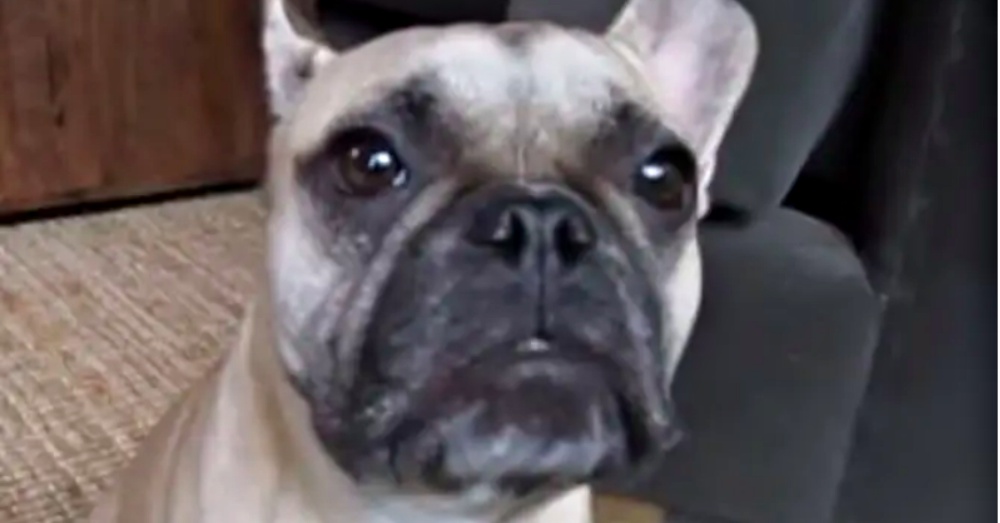 Ready for the first word?

Dogs are like our babies, so it’s not very surprising that the woman chose “mama” as a word to teach her pet. She looks at Taj and starts encouraging him to speak for the camera. She tells him, “Say mama…”

It’s obvious that Taj really wants the treat and so he tries to give it a shot. However, what comes out isn’t exactly the word “mama.” Instead, it’s more like the sounds of a dog who just wants a snack!

But then something finally emerges that (kinda) resembles “mom.” The owner rewards Taj for his success and moves on to round two. 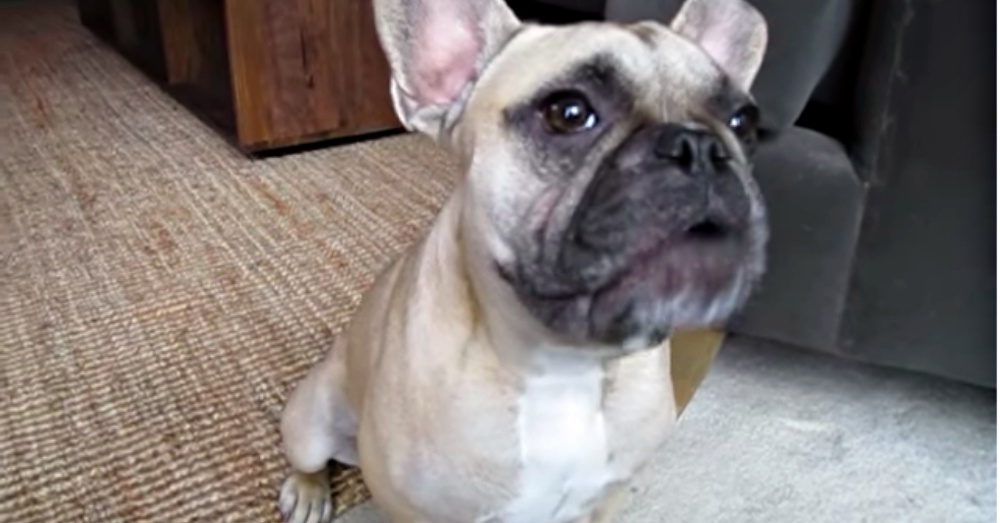 Surely Taj loves his “mama,” but could he actually say it?

The Frenchie is ready for another snack so he is prepared to do another trick. Mom says, “Let’s try, I love you.”

At first, Taj starts out with some more garbled sounds, however, after a moment there’s a breakthrough. What comes out of his mouth actually resembles the heartfelt phrase, “I love you!” You can even hear a man in the background reacting excitedly to the dog’s talent. 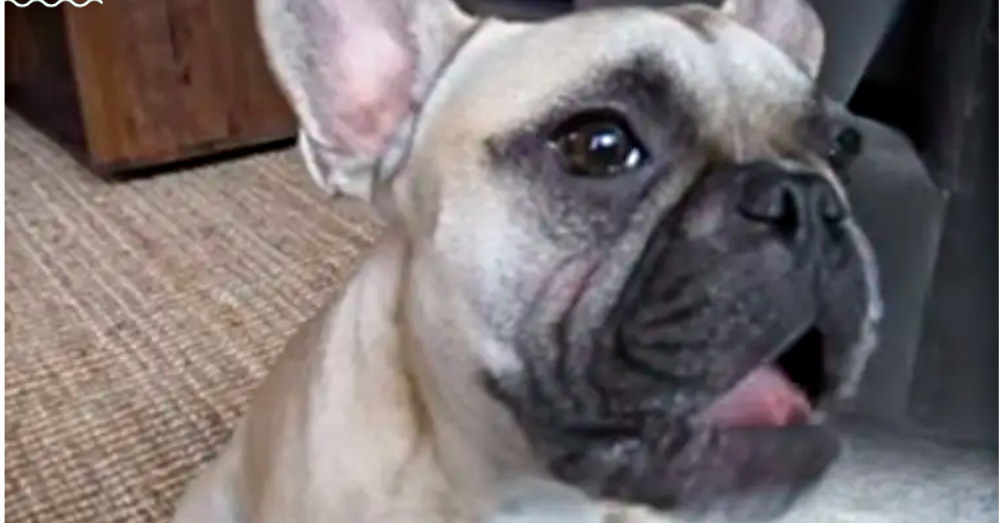 Saying “I love you” is an extraordinary trick. Yet, that doesn’t mean that Taj is a one-trick pony.

After getting her pooch to work on his “talking” a little more, the woman then prompts him to stand on his hind legs and show off his “Michael Jackson” move. Taj immediately follows her direction and looks adorable doing so. When he does it an additional time he’s able to hold the standing position. 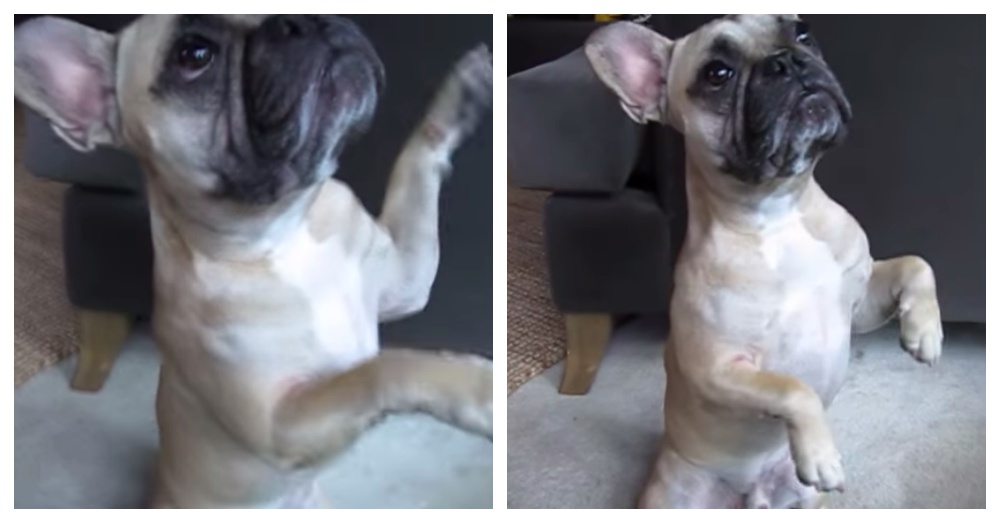 There were a couple more tricks to show the world.

Besides being able to do awesome things like repeat “I love you” to his mama – Taj also learned some of the classic tricks too. To earn his treat, the Frenchie demonstrates that he can sit and lay down like the best of them. Is there anything this dog can’t do? 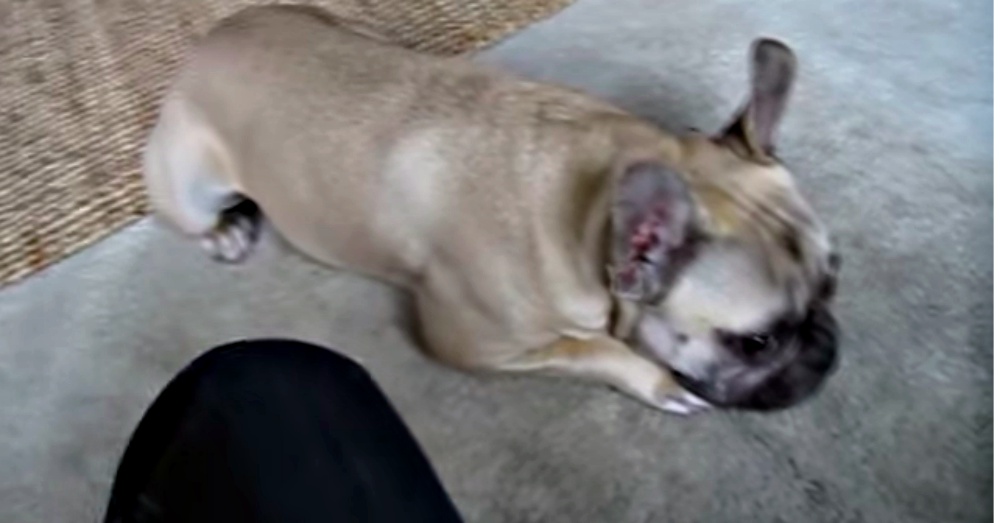 Dogs steal our hearts no matter what they do, whether they can do amazing tricks or not. This is one of those dogs though, whose talents are pretty impressive!

Watch the video below to see Taj in action. Can you hear, “I love you?” Please SHARE this with your friends and family.