Matted Dog Wouldn’t Let Anyone Touch Her For Two Years

Without getting into a spirited dogs vs. cats debate, dogs are arguably our greatest companions in life. We can honestly ask the question “where would we be without dogs?” and no matter which way you cut it, the answer is a world much bleaker than ours. Sometimes however, instead of dogs helping humans out, it goes the other way, and in the case of rescue group “Hope for Paws”, these opportunities come all too frequently.

One dog in particular named Abby was in desperate need of some human TLC, and it was the Hope for Paws team to jump to the rescue.

Abby was homeless, and being a long haired breed, her hair had grown long and matted, in some cases turning into thick “dreadlock” like clumps. For over two years Joie, resident of a mobile home park had been feeding Abby who wouldn’t allow any human to touch her. It was time that something was done to help. 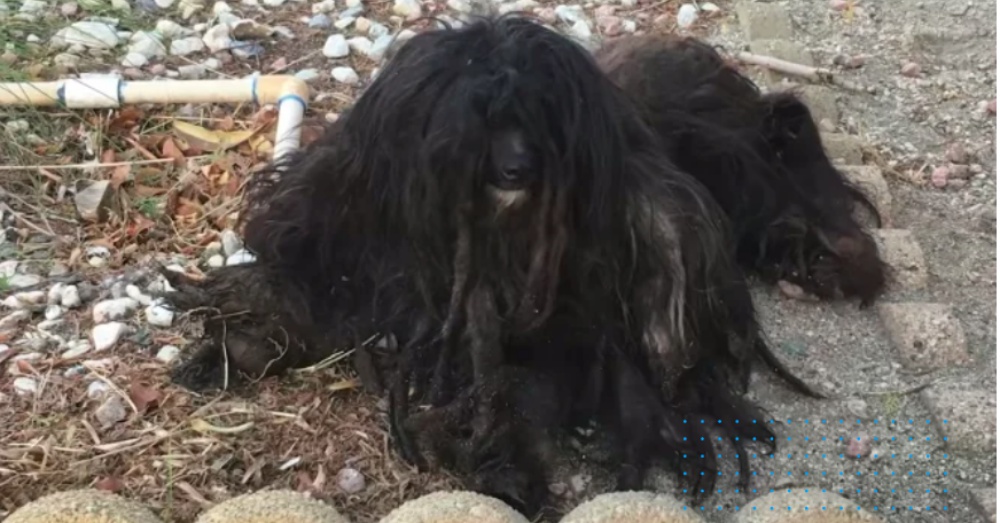 The first step in helping Abby was to capture her. This is no easy task when a dog has not in two years allowed any human to make contact! Once they locate Abby they attempt to use food to draw her in.

Initially the team try pieces of vegan burger to lure Abby closer. Not surprisingly, this is not enough to get her to approach the rescue team. When this fails, they resort to a more dog-friendly meat burger.

They lay a trail of burger pieces, and it works! Abby follows the trail right into the hands of her prospective helpers. 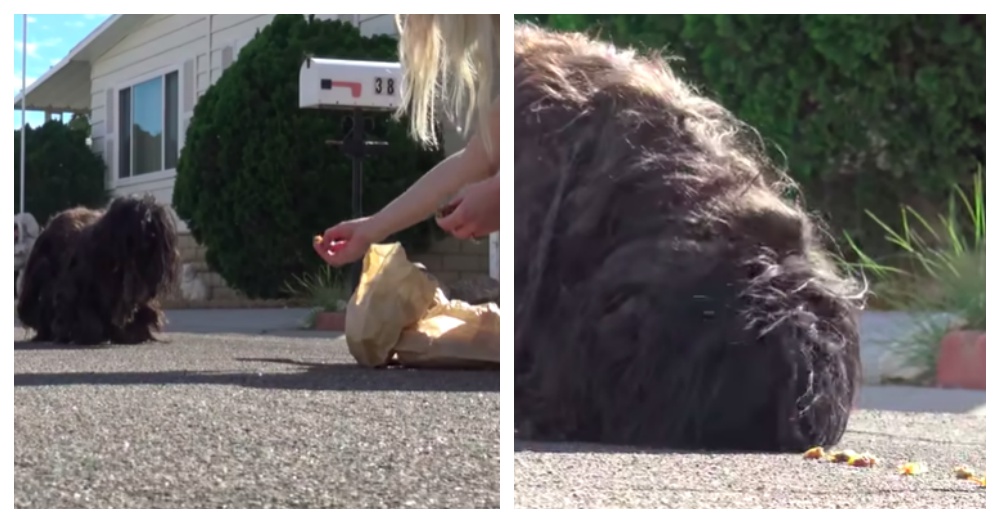 In order to capture her safely they throw what they call a “hula hoop” over her. This is a circular net which allows them to safely get their hands on the dog. They are firm but gentle, avoiding potential bites. You’d expect such a human-shy dog to be a lot more aggressive, but as we see through this amazing journey that Abby goes through, she’s surprisingly docile.

It seems as if she realizes that these rescuers are here to help.

One of the rescuers even bravely goes in to pet Abby, aiming to soothe her. It seems to work wonders. I guess some people just have a way with animals, which is a valuable attribute when your passion is rescuing dogs who are afraid of people. 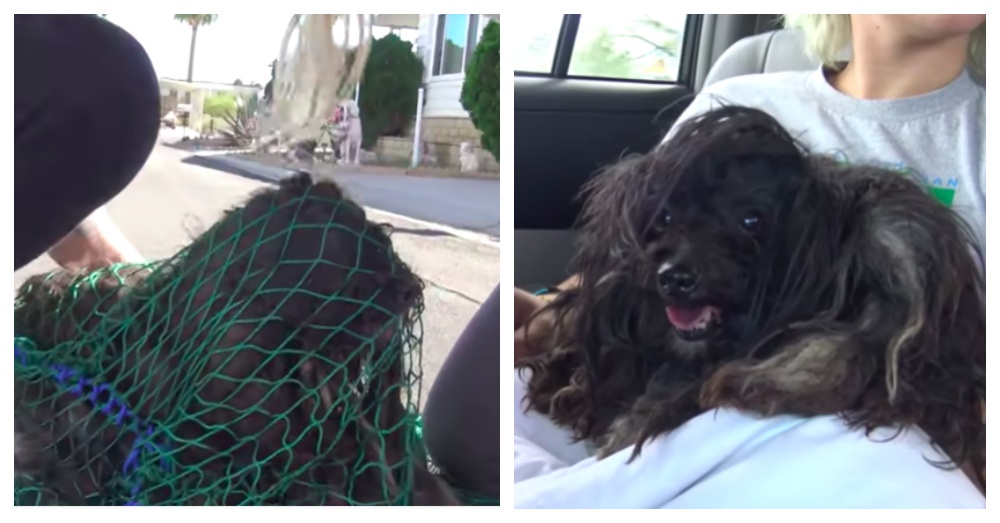 Before long, Abby is calmed and receptive to the rescuers.

In order to show Abby that she is safe and that they are here to help, they trim a few initial locks from her face, clearing her vision somewhat. By allowing her to see more clearly, she’s more likely to stay relaxed and not panic or lash out.

Already you can see that Abby just wants to be helped, and while she is clearly very scared, she submits to everything the rescuers do.

Next they scoop her up and hop in the car to drive 2.5 hours back to their headquarters. That’s one long ride for a dog who has had zero human contact for at least two years! 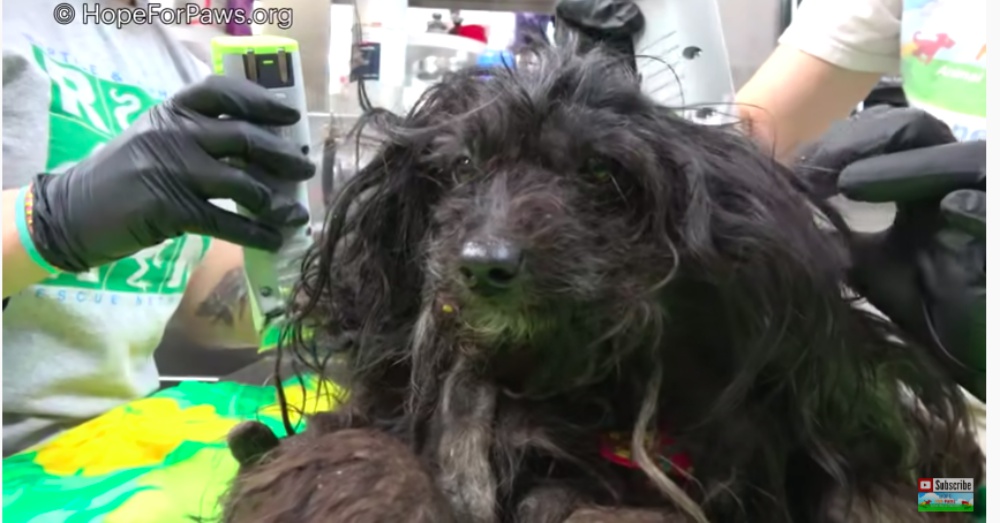 When they arrive at their headquarters, they get to work removing her matted hair.
It takes them over an hour to remove more than a pound of hair from Abby! It comes off in such long, thick pieces that one of the rescuers describes the strip of clumped fur as a “scarf”. They find metal wires embedded in the fur and they comment that as they remove it there is “so much soil and dust and sand” throughout her coat.

She must feel like a million dollars after losing all of that matted hair! 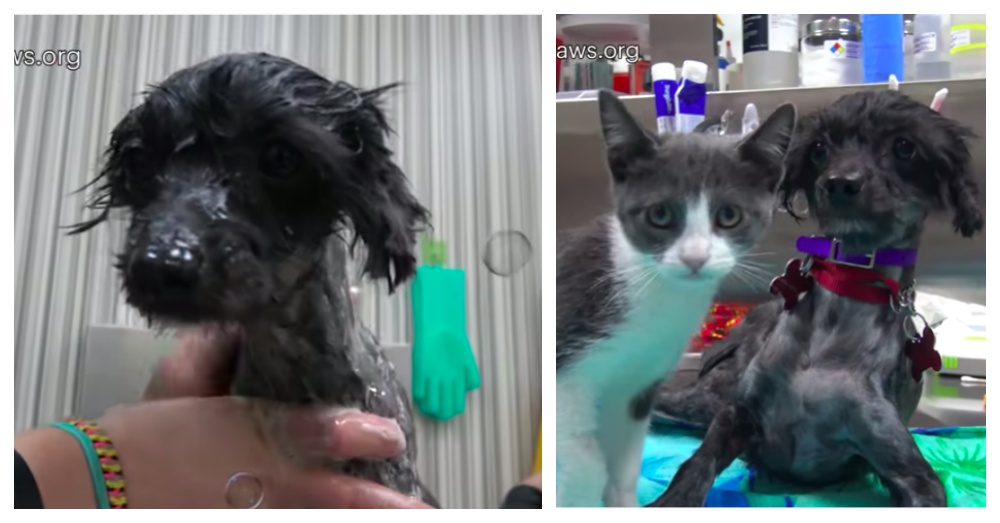 It even turned out that Abby suffered from an inguinal hernia which had to be fixed surgically. Good thing she was caught when she was! 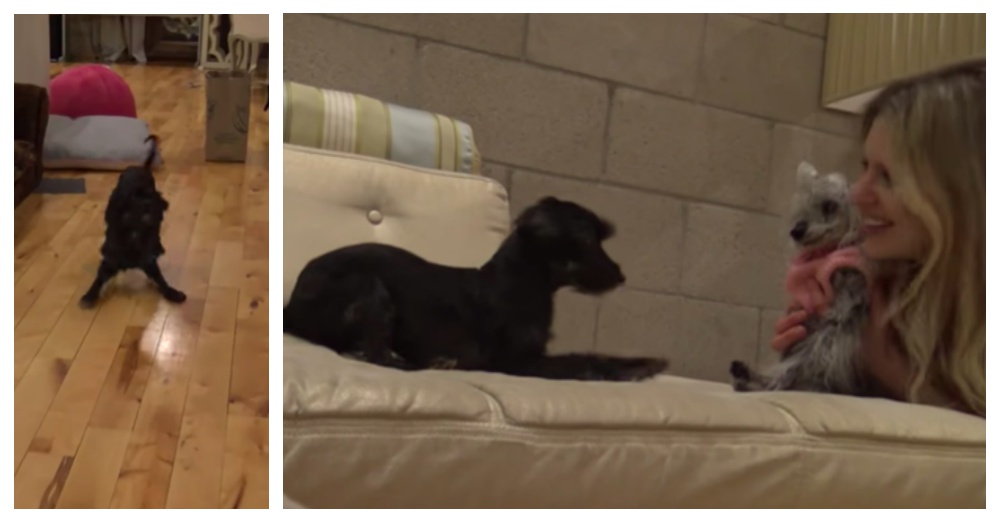 She was also spayed, vaccinated and microchipped, ready to be fostered. Now that’s a transformation!
Before long she was wagging her tail, and making friends. For a dog that started off so timid and in such a terrible condition, she makes a complete transformation that you have to see to believe.

Watch the full video below to witness Abby’s life-changing rescue. Please SHARE this with your friends and family.