Dog Wants His Dad’s Attention, So He Makes His Own Megaphone

There’s no denying the fact that dogs have a great life. They’re pampered with food, walks, and attention on a daily basis, and pretty much every human thinks that they’re the most adorable thing on the planet.

Dogs are well aware of this unconditional love that humans have for them, and they will do just about anything to get the attention of their owners. To a dog, attention and affection are two of the most important things.

So when one dog’s dad wasn’t paying him quite enough attention, the funny pup devised a brilliant way to make sure all eyes were on him. The little attention-seeker discovered that an empty tube of toilet roll made the perfect megaphone, so he took it in his mouth and proudly began to howl.

The comical moment was caught on camera, and it’s enough to make your day! 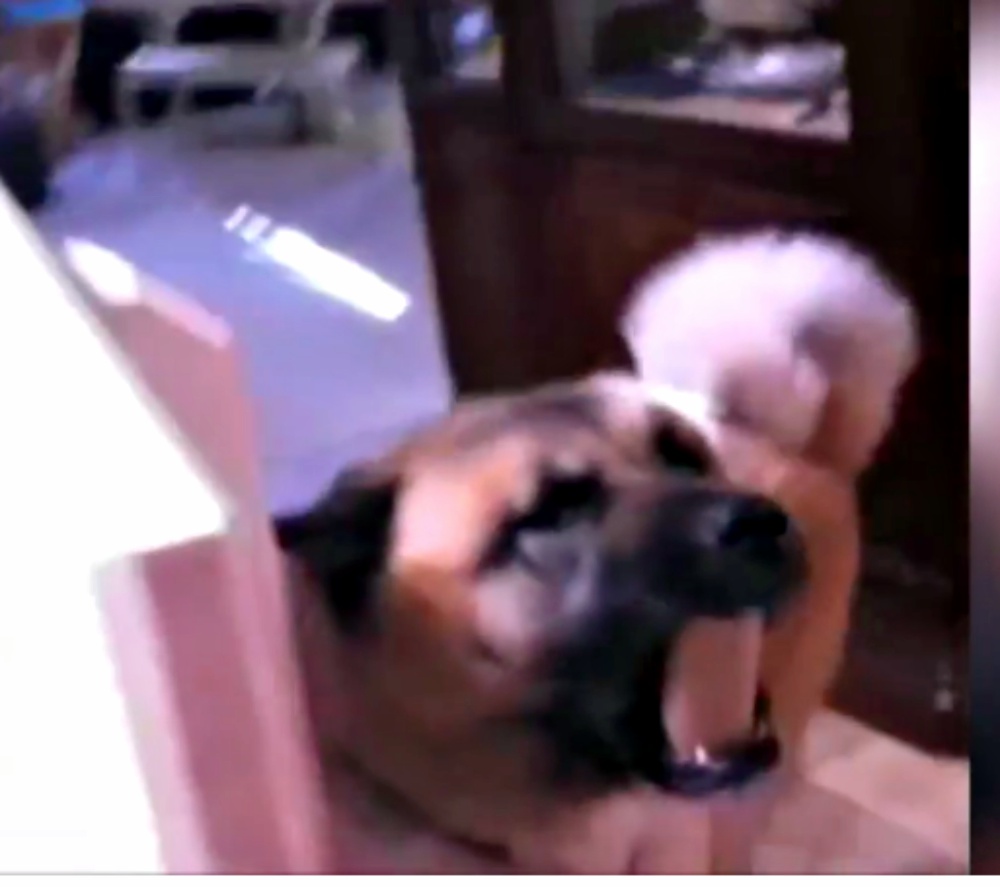 This dog has well and truly found a new use for the empty toilet roll, and we think it’s a great innovation. The hilarious video was shared on Facebook by America’s Funniest Home Videos, and since being posted it has been watched by 16k people all over the world — so you could say it’s a bit of a viral sensation!

The funny pup can be seen wandering around making a growling sound, at which point his dad says, “Let me see your mouth. What do you got in there?”

It’s hard to get a good angle of the proud dog, as he simply will not keep still. But eventually, the camera finds the dog’s face, and you can clearly see the piece of cardboard in his mouth. His tail is wagging and you can see just how proud he is of his new musical instrument! 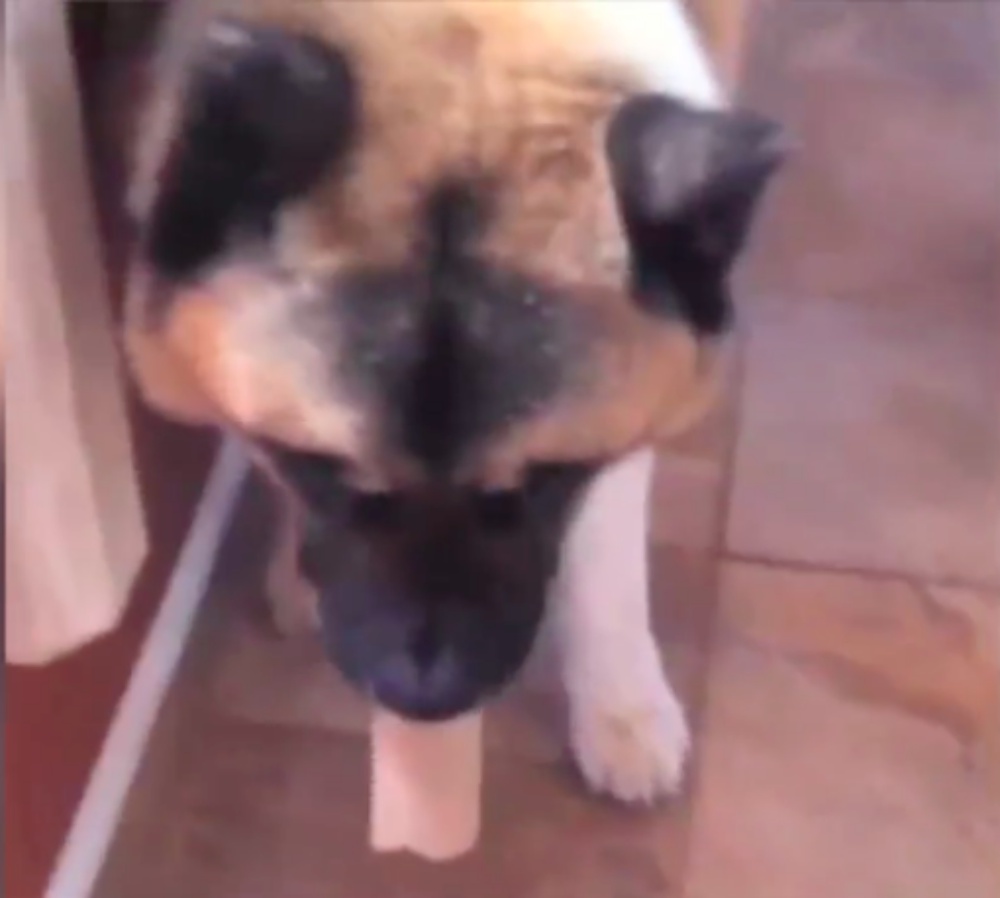 In the next scene, the dog has managed to turn the tube so that he has one end in his mouth, while the other sticks out. We wonder if his growls will sound any different? Our question is answered when his dad asks, “can you speak?”

The dog lets out another long, deep growl, in response, and sounds absolutely hilarious when coming from the tube. “You sound like a cow!” the dog’s owner laughs.

But the dog doesn’t think he sounds like a cow. Oh no. He instead believes that he has the world’s best megaphone. 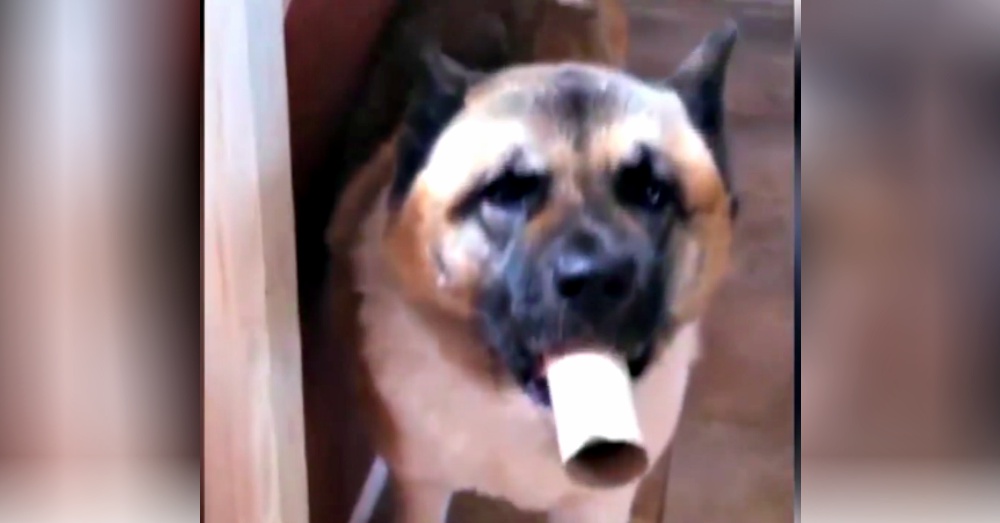 It turns out that this dog isn’t the only one who loves playing with empty toilet paper rolls, and many people took to the Facebook comments to share their own stories:
“It’s Akita thing they do that with out toilet paper roll lol . My boy does this when I get home from work.”

“My Dog is going on 10 and these have been one of his favorite toys for years.” 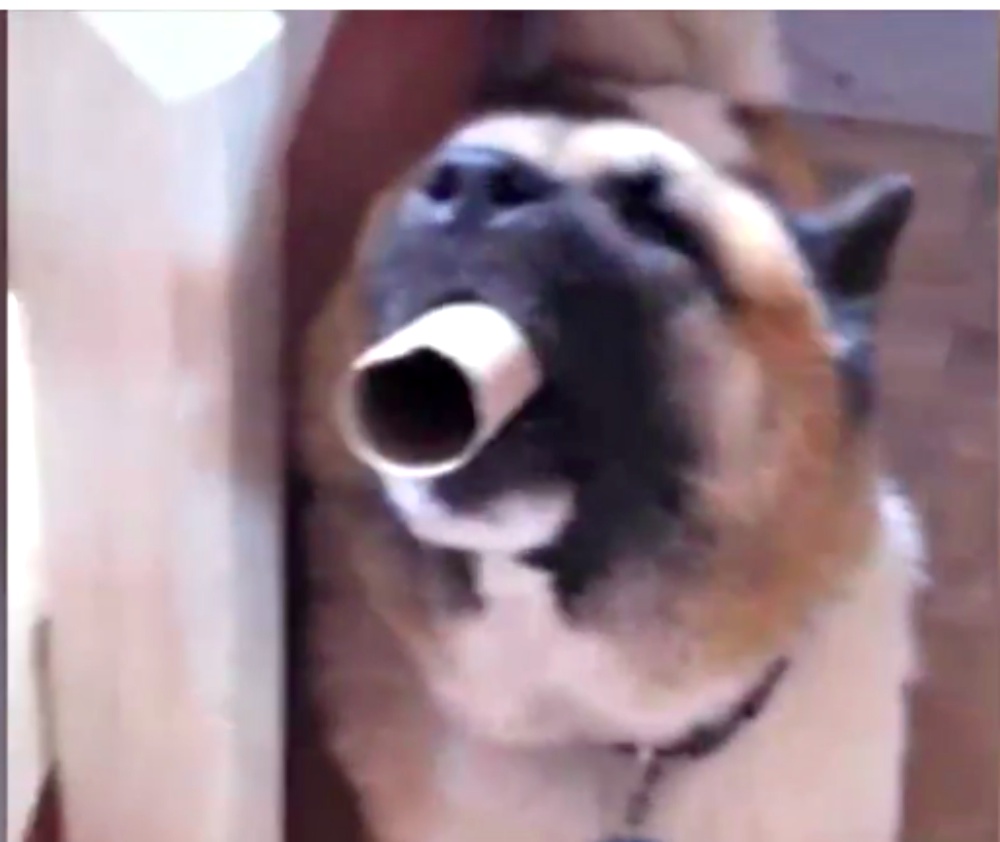 “Lmao, my dog loves playing with toilet paper rolls too and when I try to give him a real toy? No interest.”

We’d bet that this hilarious dog would still be using his megaphone to this day, if it hadn’t have eventually gone soggy. Watch the video below for lots of laughs.