Dogs are easily pleased – and just like children, they often have trouble choosing their favorite toy. Some days, a dog might only have eyes for their tennis ball – but other times, they might favor a chew toy or a cuddly animal. We usually spoil our dogs with so many toys that they never have to worry about which one is their favorite!

So when a dog was filmed having to choose a favorite toy, it was clearly a difficult decision for him. Despite the fact that he picked his moose the majority of the times that he was asked, his owner makes things all the more complicated when she adds a tempting toy pizza into the mix.

Who is the dog going to pick as his new best friend?

Benji is a 4-year-old Maltese x Shih Tzu who lives in New England with his mom. The pup may be small, but he has a huge following online! As well as drawing in fans on his Instagram account, Benji has over 16.2k subscribers on YouTube- and he’s so adorable, that it’s not hard to see why!

One of his most popular videos is titled, “Who’s your best friend?” and was posted onto HeyyyBenji Official back in 2016. Since then, the video has been viewed by people all over the world, and now has over 10 million views, as well as thousands of likes and comments.

In the video, Benji is faced with the simple decision of choosing his best friend. 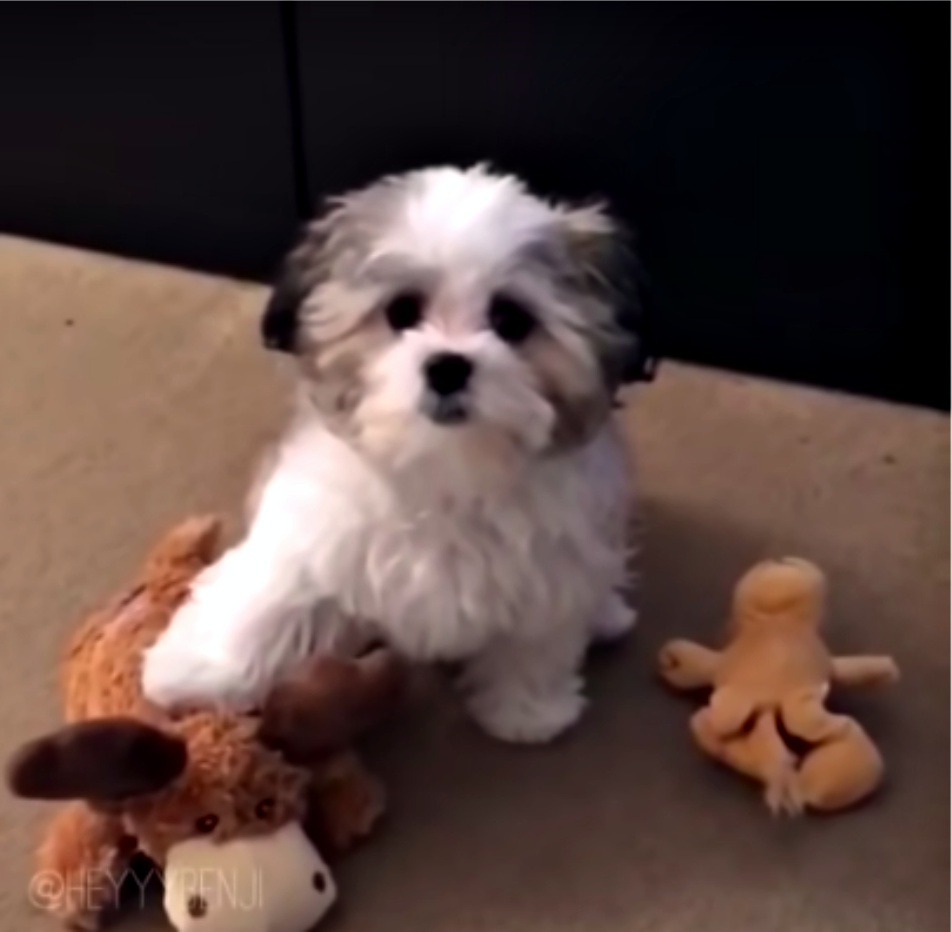 The task begins simply enough, as Benji is only presented with his moose toy. The moose seems to be one of Benji’s most-loved toys, and as more and more toys are added to the mix, Benji’s heart still remains set on his moose. Not even toy chickens, frogs, and dragons can persuade Benji to pick anything other than his moose when he’s asked who his best friend is.

That is, until a new toy arrives on the scene. 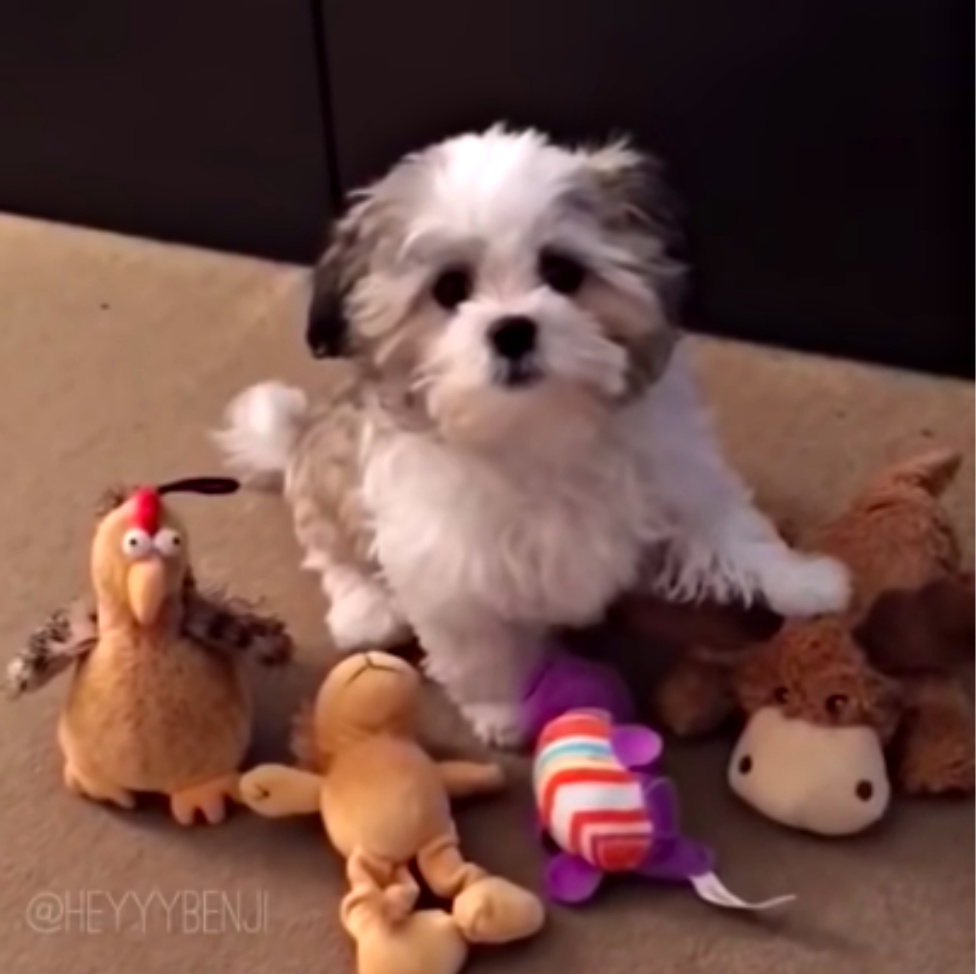 Moose is about to experience betrayal for the first time. The new toy is a very tempting looking pizza, and Benji simply cannot resist. This is a dog who clearly loves his food. As his owner repeats the question, “who’s your best friend?” slowly but surely Benji rests his paw on top of the pizza toy.

Benji’s betrayal to his moose even shocks his mom, who asks, “pizza?” in surprise. At least Benji has the decency to look guilty- but he still keeps his paw firmly in place. 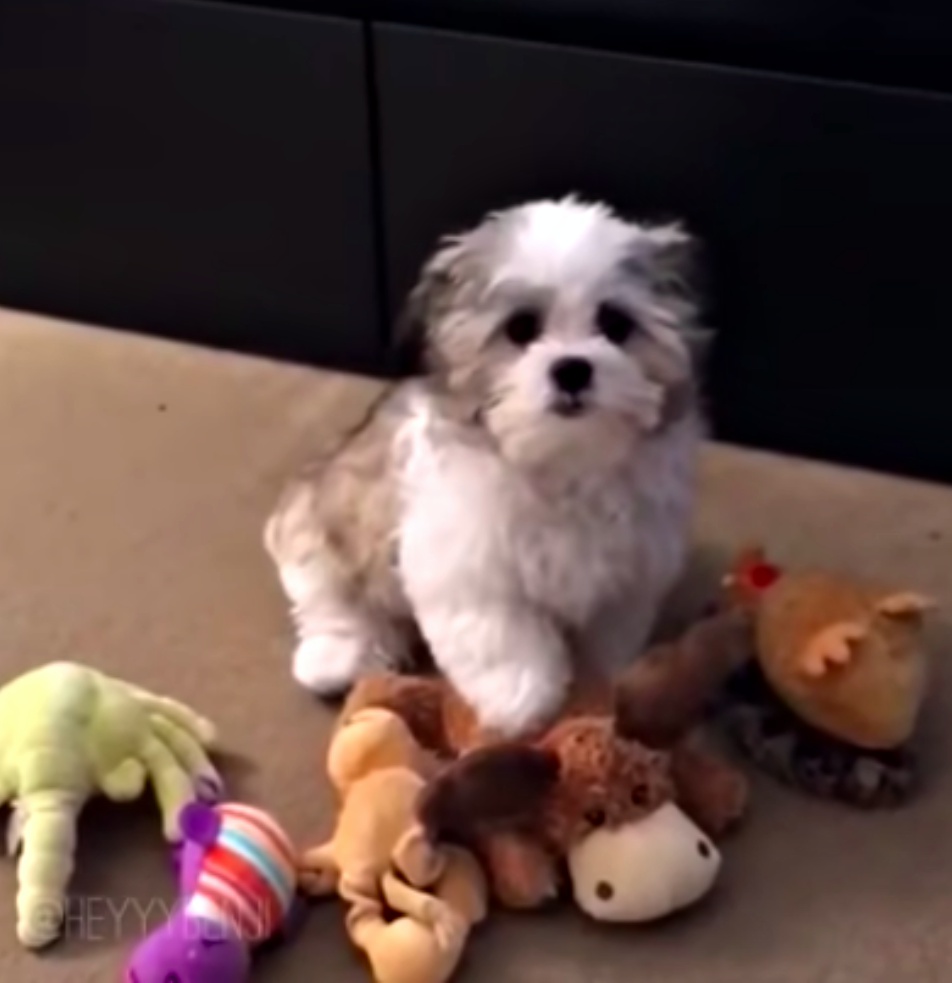 People took to the comments to share their love for the video, with one person joking:

“A truly wise dog. Friends come and go, but pizza always just a phone call away.”

Another speculated that Benji was simply over the game, saying:

“If I answer differently, maybe she’ll stop asking me the same damn question.” 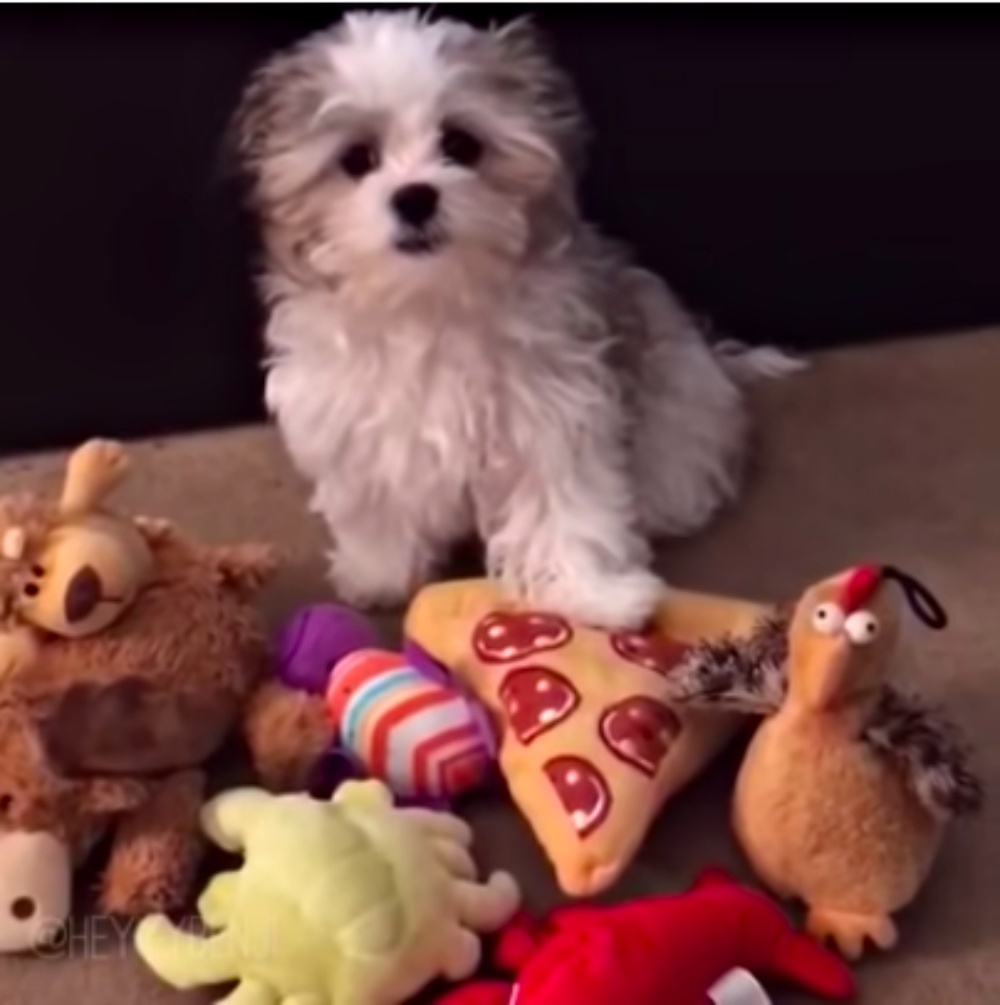 “Benji’s Law: If you are presented with a finite number of possible solutions to a problem and one of them is pizza, the correct answer is always pizza.”

We don’t blame him for making the choice that he did- no matter how scandalous! Watch the adorable video for yourself below.