Dog Hilariously Tries To Save Baby From Sprinkler

The German Shepherd sure was spooked. That wasn’t how water was supposed to act! Luckily, the baby showed her that everything was fine.

Imagine being a dog and seeing a water sprinkler for the first time.

You’ve probably seen water in bowls, in the pool, and falling from the sky. But what about water that shoots straight up into the air in a thin line? You’d probably act like the dog in this video. 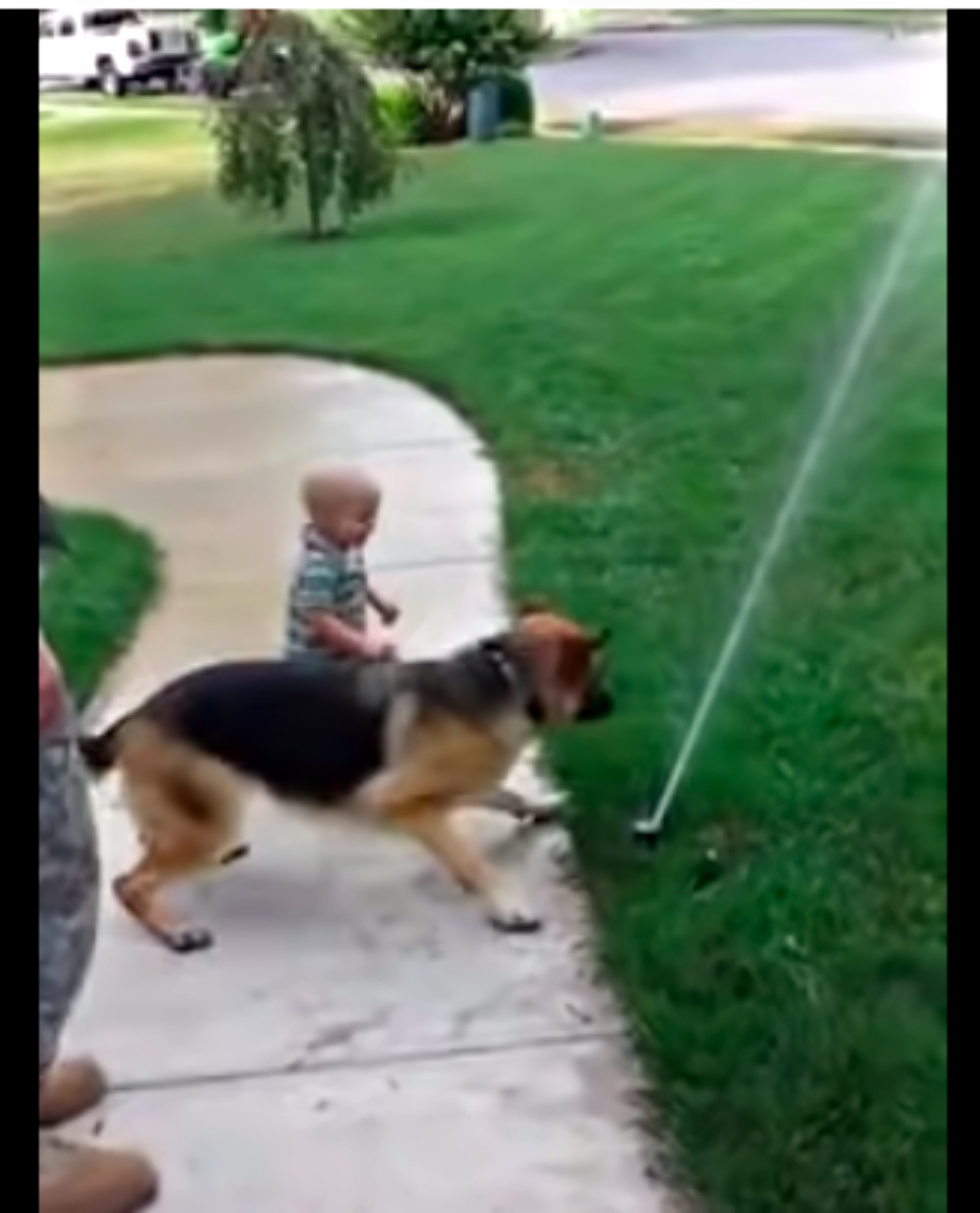 It was the first really warm day of the year. The dog’s owner turned on the sprinkler to ensure that his lawn would stay nice and green.

Then the baby of the family ran outside to play next to the sprinkler.

The loyal German Shepherd followed the baby outside and got freaked out by what she saw.

Could it be a tiny water volcano? Oh no, and the baby boy was heading straight for it! 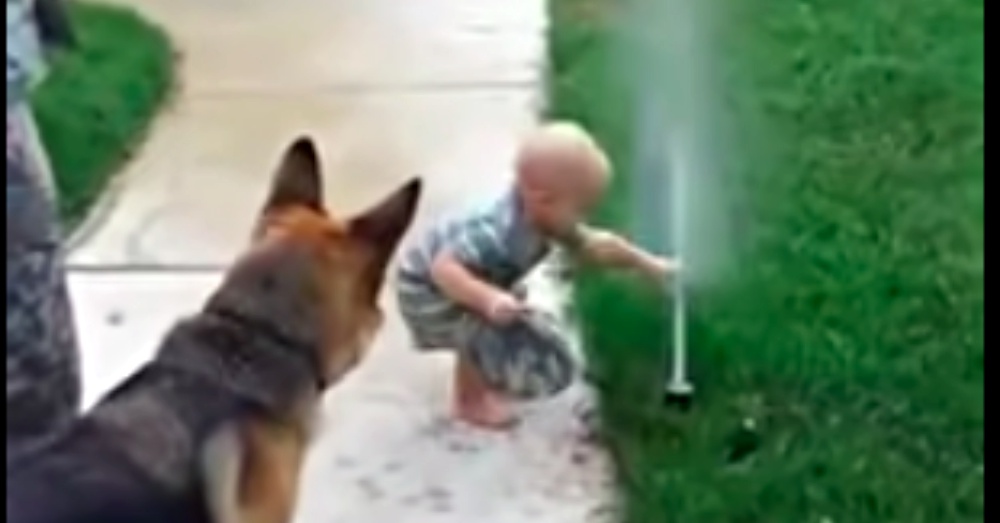 The baby laughed at the sprinkler. This made the dog confused. This was hardly a laughing matter… There was a thin water volcano attacking the property!

Then the baby put his hand over the sprinkler. So the dog sprang into action.

She licked the baby’s face, as if to say, “Calm down, little one. I’m here to save you!” 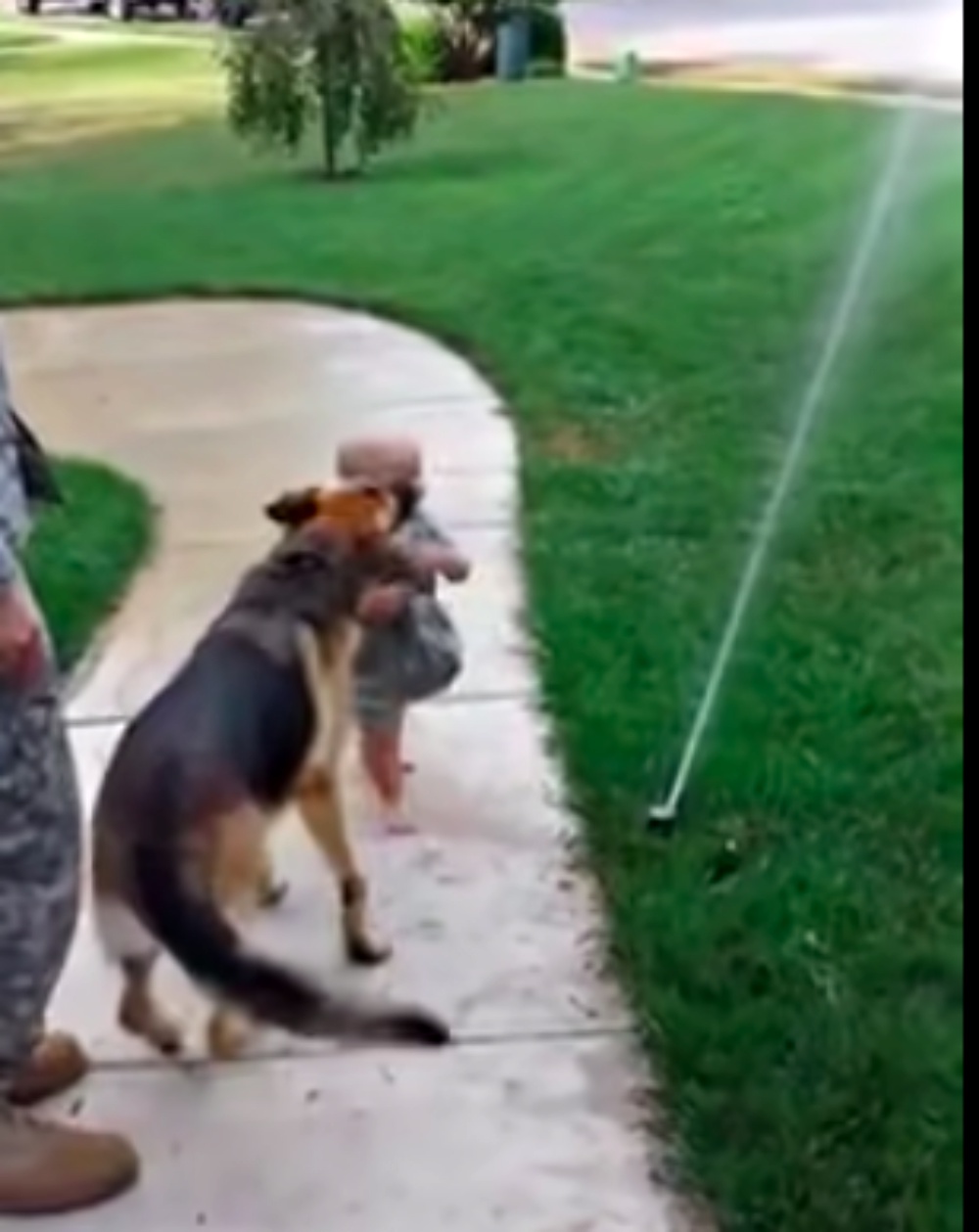 Then the dog tried to bite the water.

For a second, this made the spout of water disappear. But when the dog stopped biting it, the water came back. Incredibly strange! 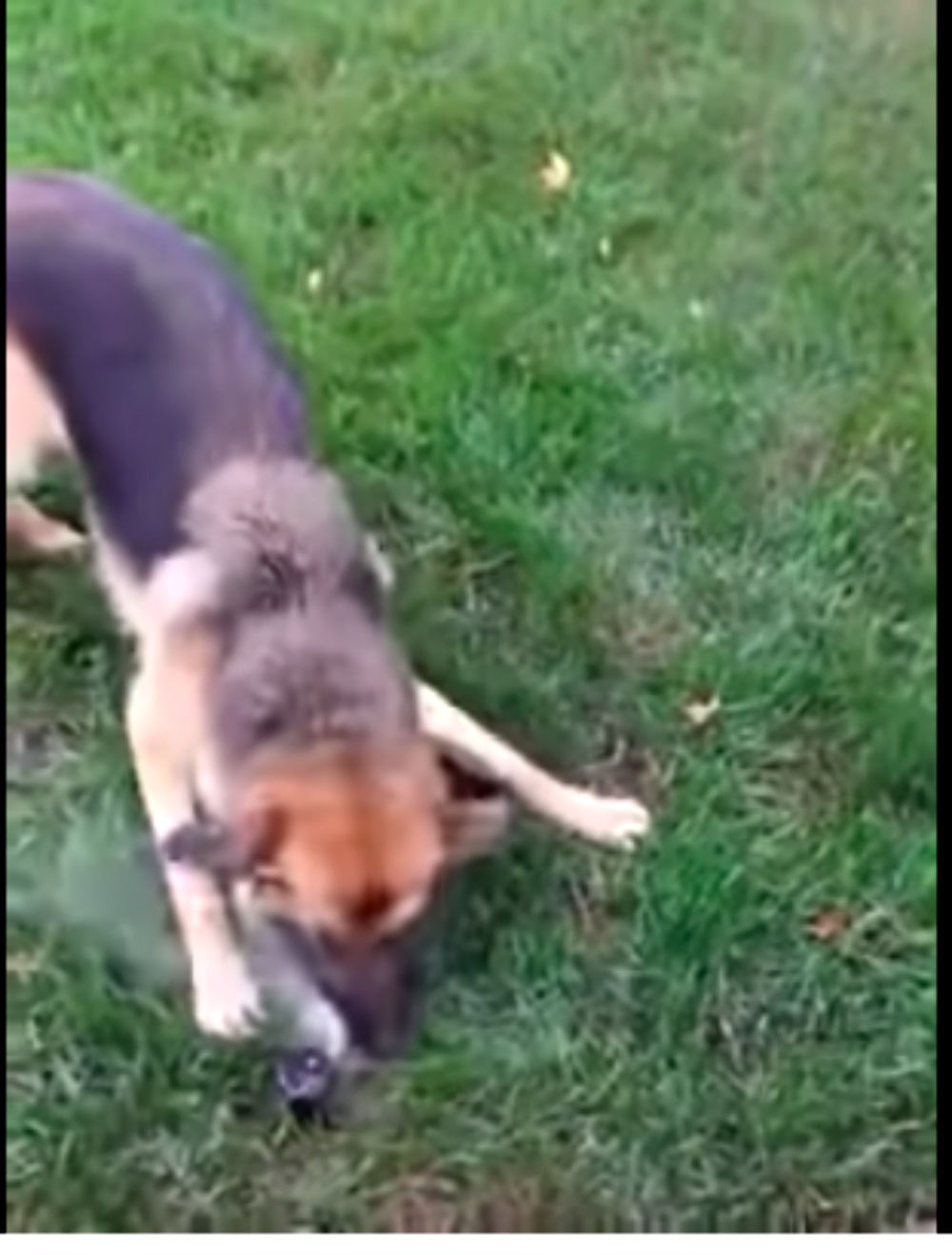 So the dog tried to attack the spout of water from further down the yard.

She ran to where the water was starting to dissipate and tried biting at that. It didn’t work. In fact, the water was flowing just as much as always.

By now, the baby and the owner were laughing like mad, which made no sense to the dog. Only she could see the danger they were in! 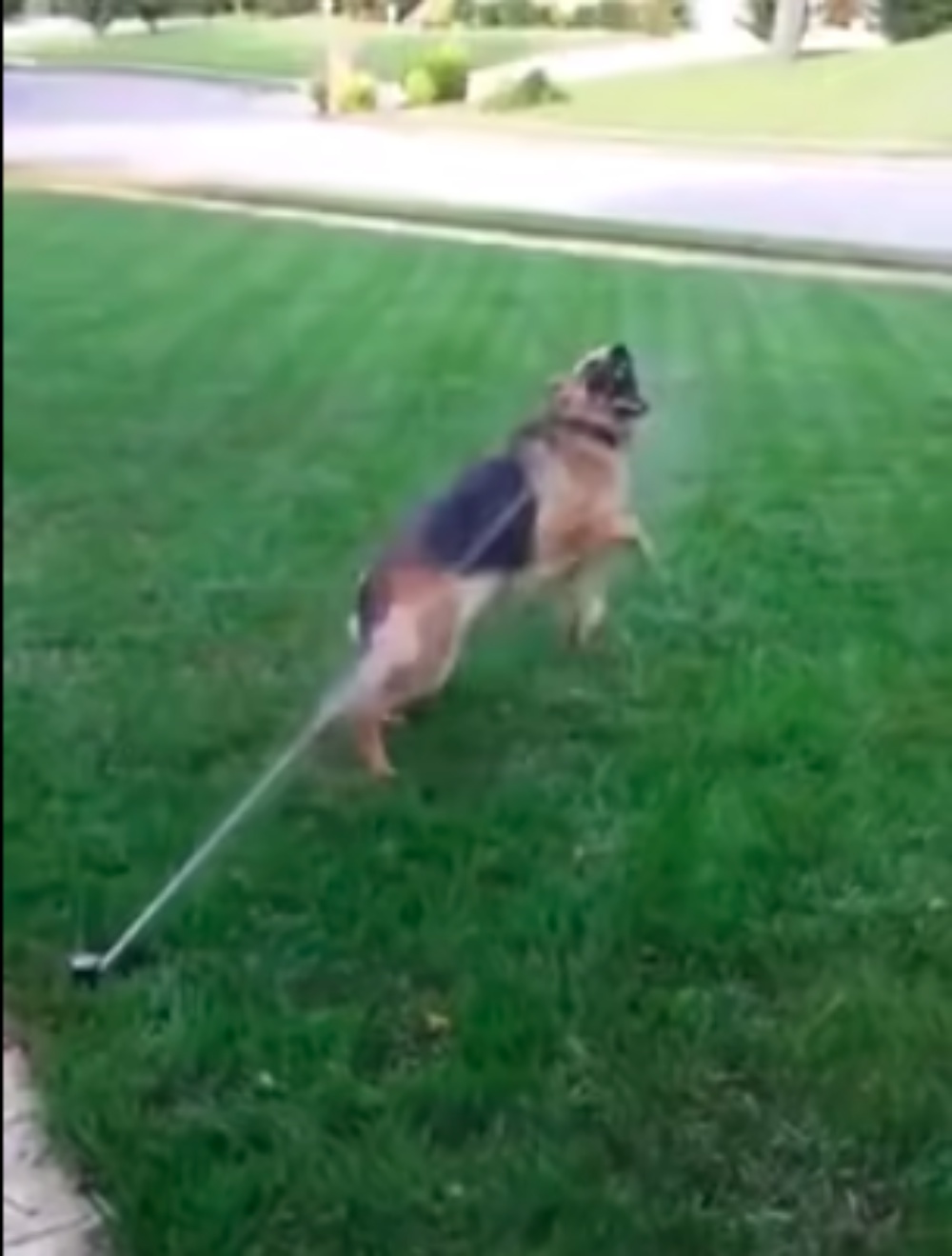 So the dog ran all the way to the end of the yard to see if she could attack the water down there. But the spout of water just seemed to fade away.

Once more, the dog ran up to the source of the sprinkler and tried biting at that.

All she got was a mouthful of highly pressured water.

But of course, she wasn’t going to give up! So she kept on attacking this sprinkler and the result was an extremely wet coat.

Then the dog spotted another sprinkler at the end of the yard. So she tried her luck at fighting that sprinkler instead. 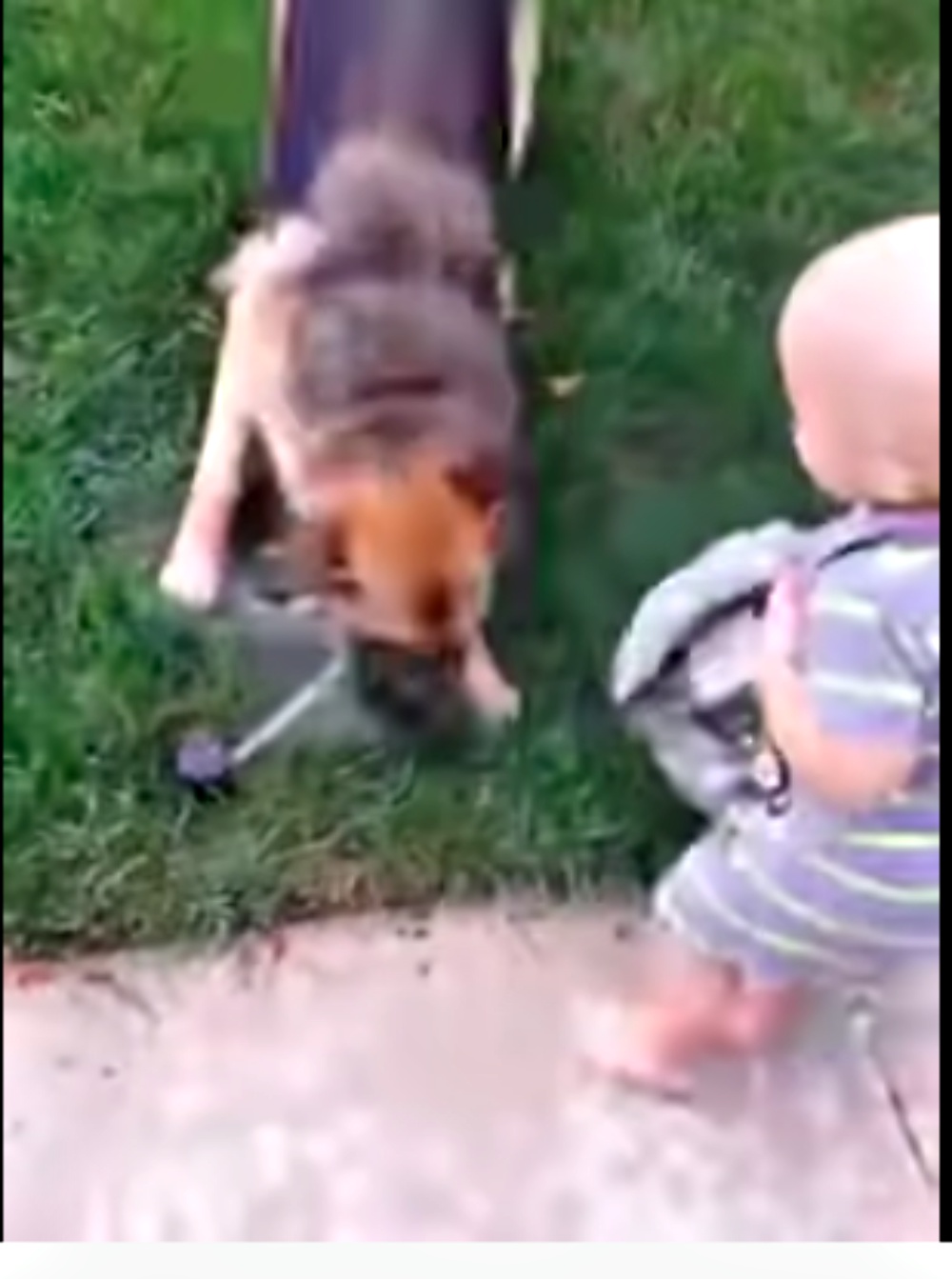 Let’s just say that it’s the cutest scene ever!

Sadly, the video cuts out there. But the footage ended up on YouTube, where it soon spread far and wide. To date, it has gained over 674,000 views. It also has more than 350 likes and some appreciative comments.

This just goes to show why dogs are so great.

Sure, the video is funny to us. But the dog really thought that she was protecting her family from a threat. They really will do anything for the ones they love. They even attack spooky water…

You can watch this adorable and funny clip for yourself below!