Golden retrievers are easily one of the smartest dog breeds in existence.

In 1864, Lord Tweedmouth of Inverness, Scotland bred a yellow retriever named Nous and a liver-colored Water Spaniel named Belle. The result of their offspring is what we’ve come to know today as the Golden Retriever!

These lovable creatures rank in the top ten most popular dog breeds in the United States, even climbing up to top 3 out of 195. Their puppy attitude follows them into adulthood and they never quite lose their natural curiosity and wonder for the world around them.

Although they are very intelligent, golden retrievers can also be athletic, work-line dogs with a high drive for fetching and competition. 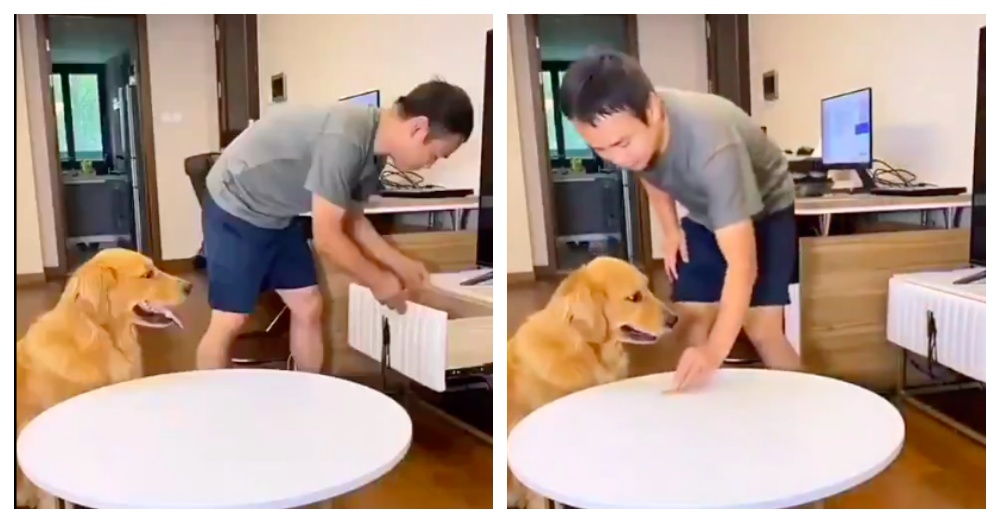 Did we mention their intelligence? A TikTok video clip will leave you speechless after a golden retriever completely baffles his owner by tricking him into thinking he didn’t eat his treat.

How? He ate his treat and then replaced it with another one from the treat drawer!

Seriously, we cannot make this stuff up!

The video starts with the owner instructing the dog to be patient and not eat the treat. The man then turns to leave the dog in the room alone to determine whether his instructions were clear enough. His furry companion turns his head to make sure that the coast is clear. 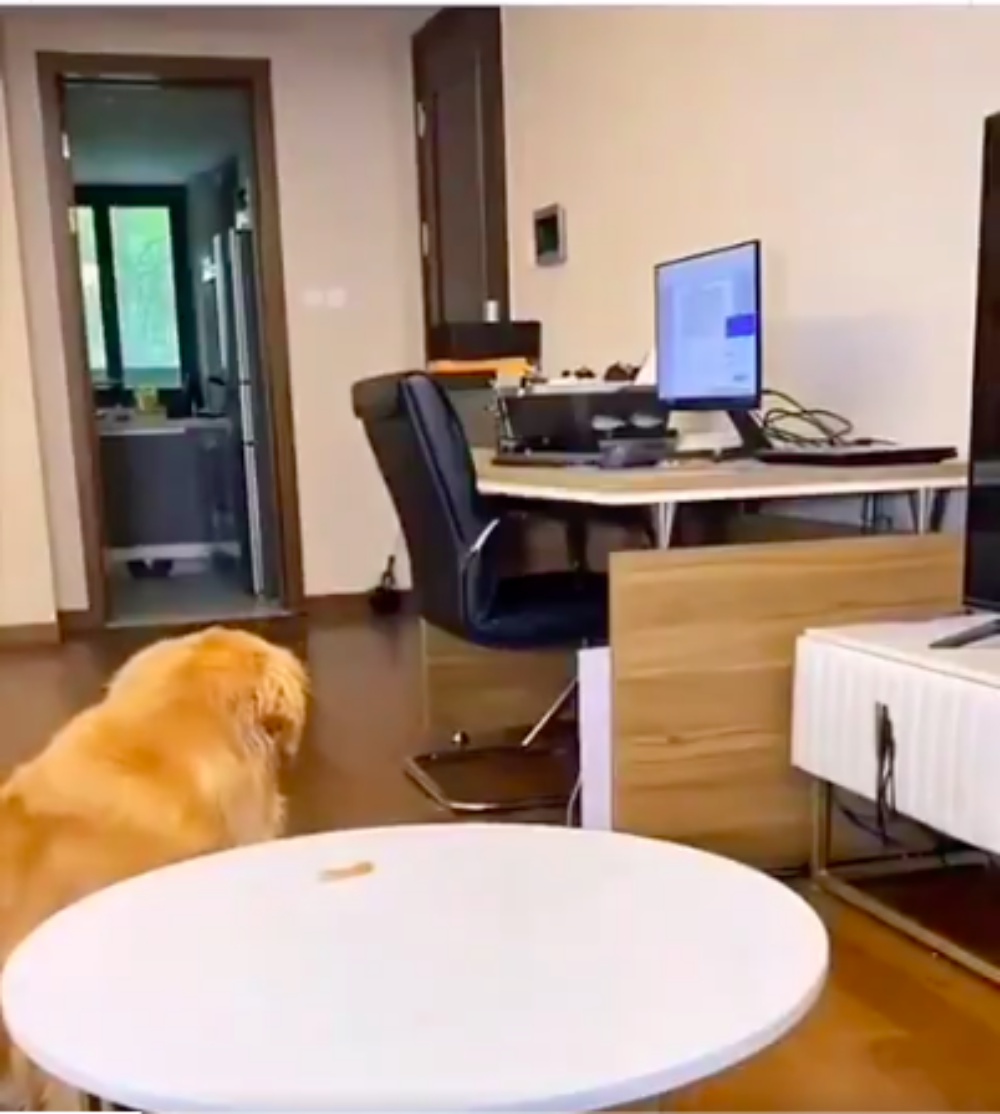 And that’s when things started to get interesting.

In an instant, all bets were off as the adorable golden retriever went straight for his prize. As he finished his treat, the pooch realizes that he disobeyed his master’s orders and may soon face punishment. 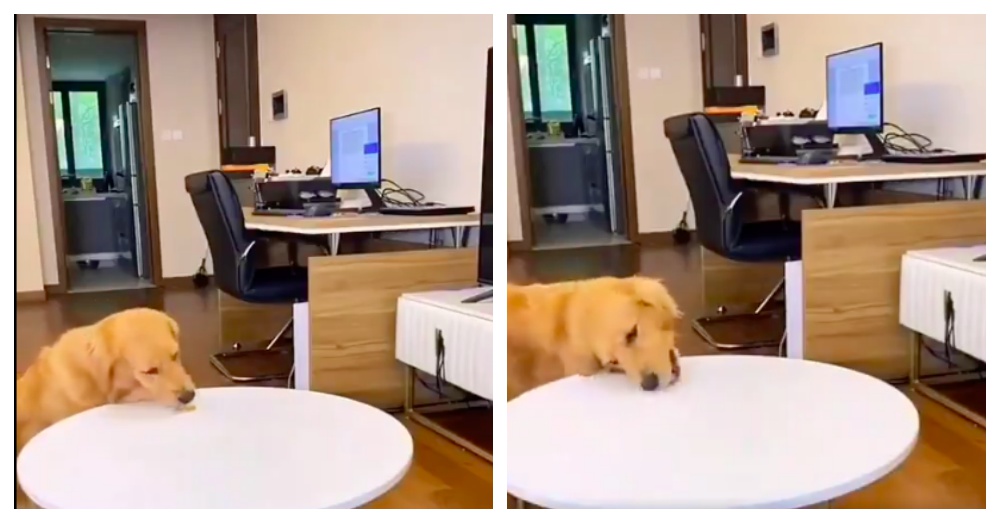 To avoid this ordeal, the doggo gathered his wits and began sniffing for his next plan of action.

Luckily, this is no mere four-legged animal. The golden was able to detect his next objective and began heading towards the treat drawer. At this point, it wasn’t hard for him to figure out how to tug the drawer back and retrieve a replacement treat to fool his owner.

He places the treat back on the table like nothing ever happened! 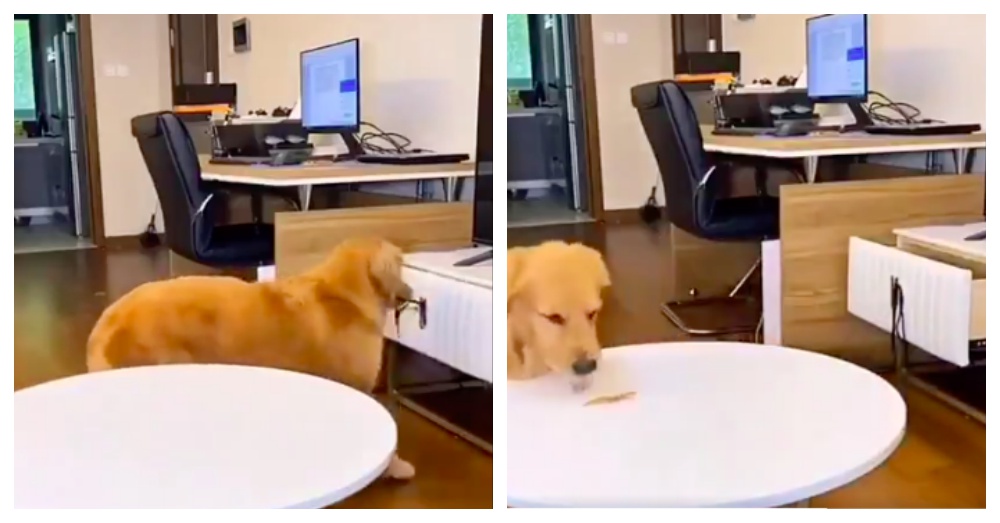 Then, the dog remembers to close the drawer to make sure he shreds any evidence that might reveal his intentions. 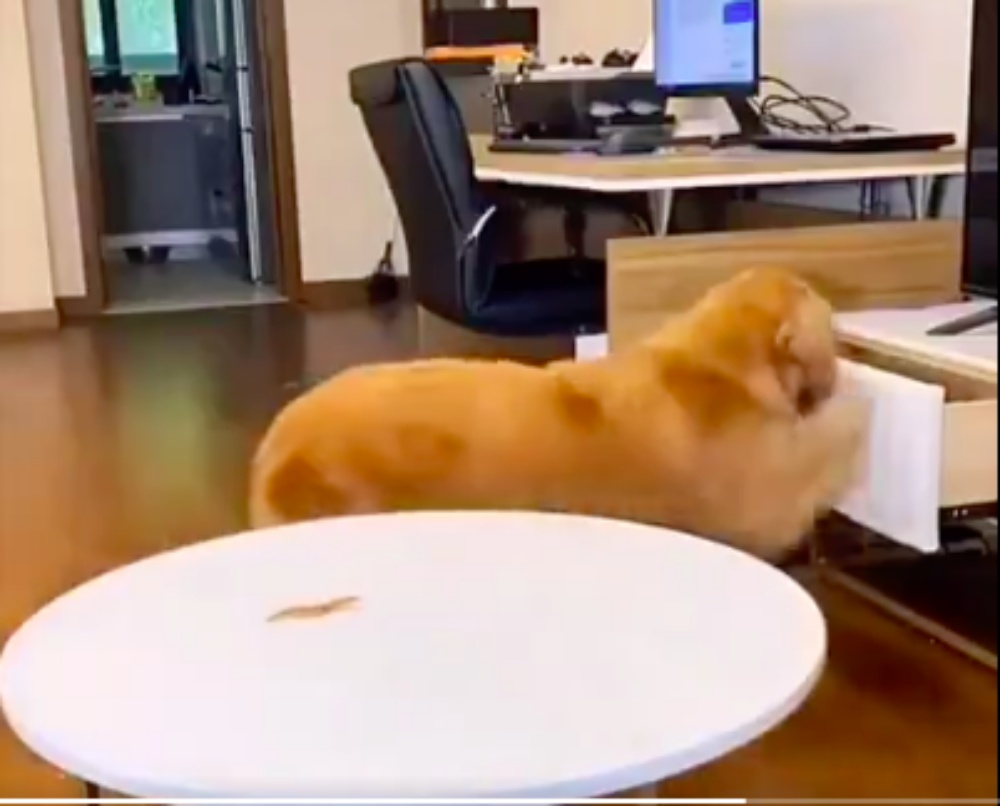 The owner comes back and sees his lovable dog’s cute face feigning innocence. To think that his dog was the one showing him a new trick! The man rewarded his devilish dog with the treat on the table and praised him a job well done.

The video has been recirculating through TikTok for a while and has since gone viral after resurfacing on Twitter with over 2.7 million views. Users have been commenting on the video, both with high praise and some critical remarks regarding the authenticity of the entire thing. 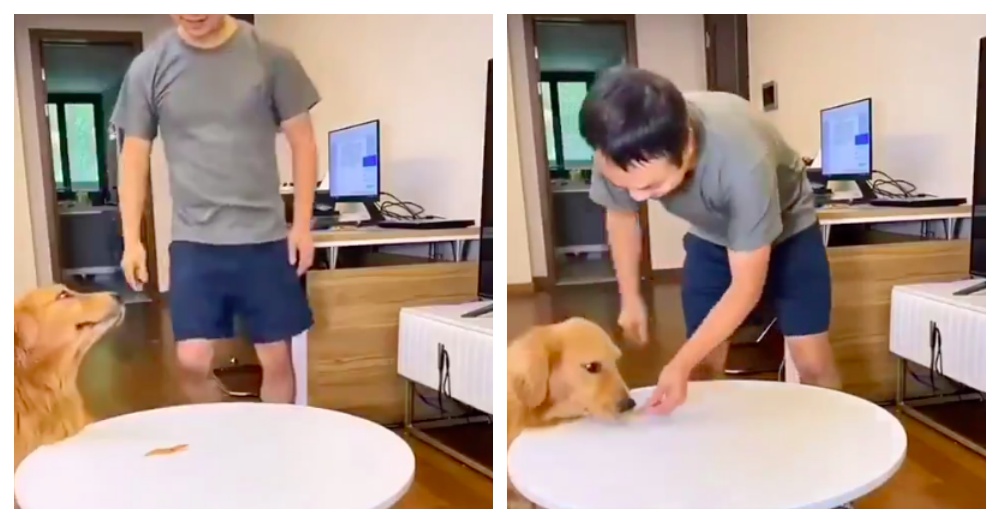 One Twitter user said, “That’s incredible, I love the bit where the dog suddenly remembers it hasn’t pushed the drawer shut.” and another wrote, “If that was a child in the same circumstances, the child would have forgotten to close the drawer.”

Meanwhile, other social media users have stated that the entire video was planned and not as genuine as it would appear. A user said, “Not set up at all. The drawer conveniently has a cord on it that the dog can grab. The bloke is off-camera instructing the dog. But yea, sweet.”

One particular comment made a pretty interesting point about the retriever’s intellect by saying, “Would have been easier to eat straight from the drawer. Stupid dog!”

No matter what anyone thinks, we can’t deny that these animals are extremely smart. With a little love and dedication, these furry geniuses can easily amaze us with their hunger-fueled ingenuity.

Catch this Golden playing a sneaky trick on dad in the video below!