Chihuahua Sees Other Pups Playing With His Toys, Lashes Out Immediately

Chihuahua’s, despite their small size, can be very territorial. It’s is even true if they are still puppies. This one chihuahua puppy proves it when he sees two other small chihuahuas playing with what he sees as exclusively his toys.

His response to the sight is adorable, although that might not have been the type of reaction he was going for. We’re sure he was at least attempting to be menacing. 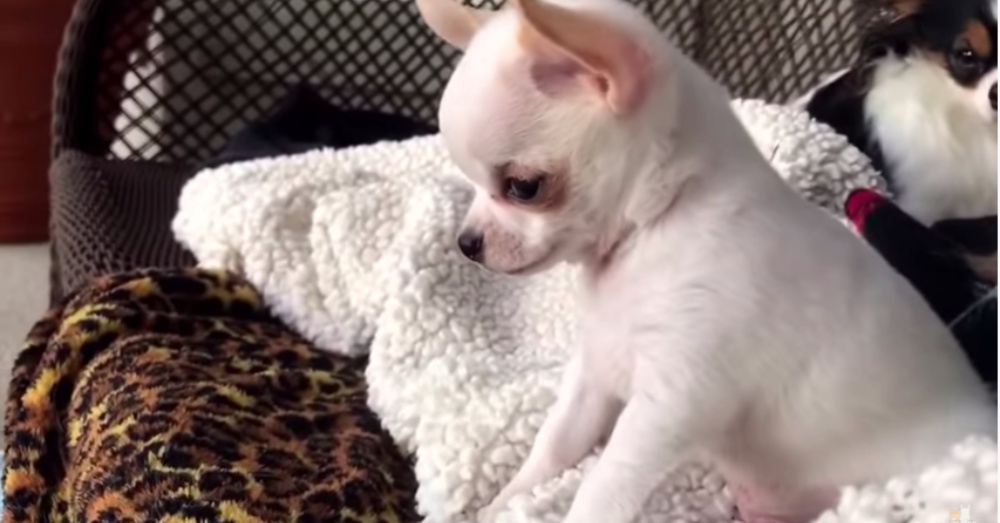 “Get away from my toys!”

The video on YouTube has already had more than two million views. It also has twenty-nine thousand likes and more than twenty-six hundred enthusiastic comments. No one can get enough of this chihuahua’s overblown response to his two siblings playing with a couple of toys. 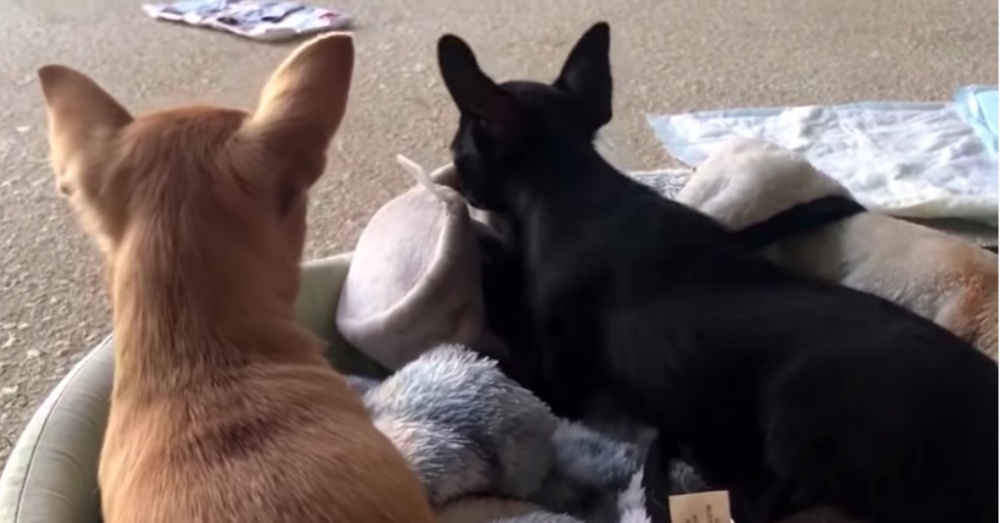 It all starts innocently enough.

Two chihuahua puppies, one black and the other tan, are on the floor in a dog bed. They are playing together happily, with the black chihuahua sniffing at a toy. That is, until the white chihuahua sitting above them on the couch notices. Then things escalate quickly. 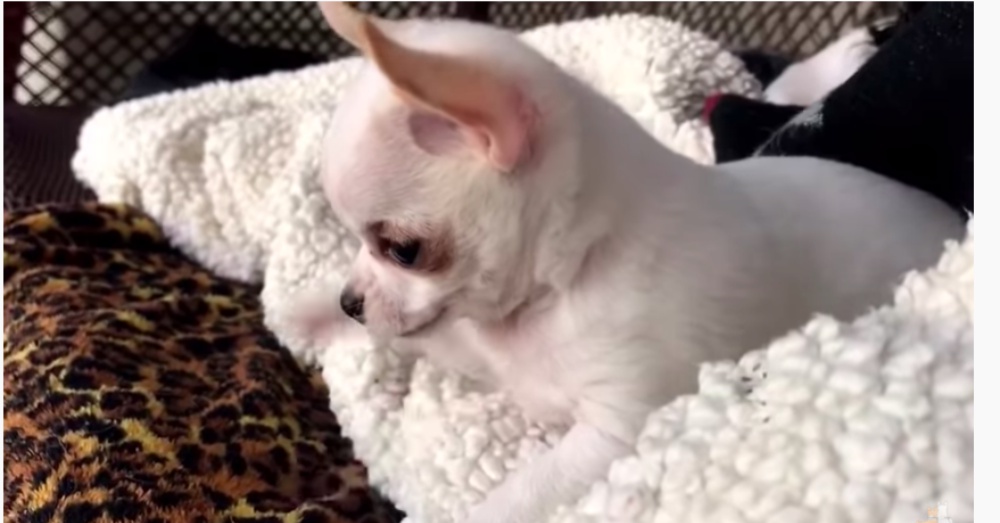 The chihuahua puppy begins to bark at his sibling for playing with the toy. The barked-at pup then jumps towards him and barks back. At first, the original aggressor retreats further back into the sofa where he had been sitting, but then he finds his confidence and leaps back towards the front of the couch cushion so he can overlook his domain and bark and growl at the black dog on the ground. 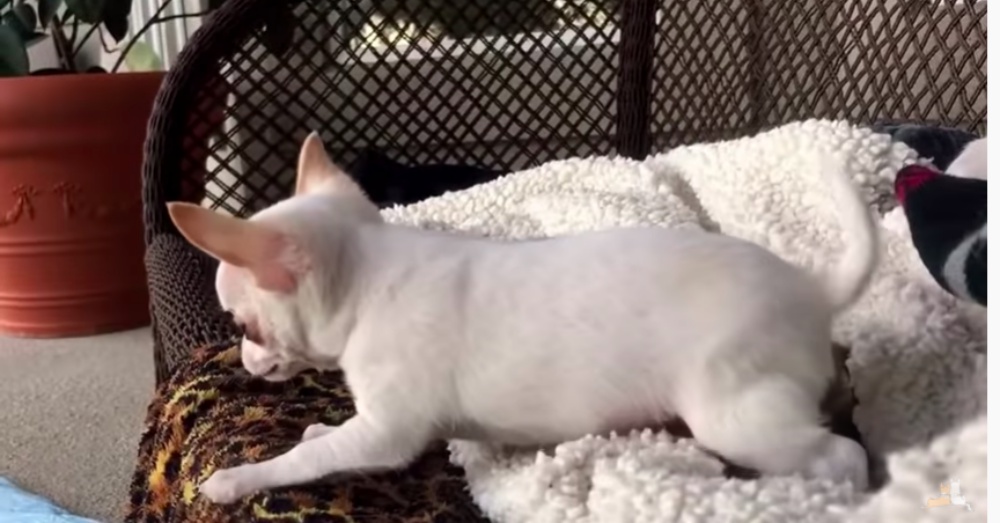 May the battle of cuteness commence.

People commenting on YouTube thought the entire thing was adorable:

“What an adorable little monster🌝

Looks like a sweet angel, but it’s a monster in disguise🌝”

A few of them even narrated it for us:

Other Chihuahuas: WHATEVER DUDE!”

Meanwhile, on the frontline.

The two dogs on the floor go back to playing with the toys, to the complete annoyance of the dog sitting on the sofa. He continues to bark at them as if to say, “Hey, stop!” However, his barks didn’t do much to distract them, which only seems to infuriate the tiny fuzzy chihuahua even more. 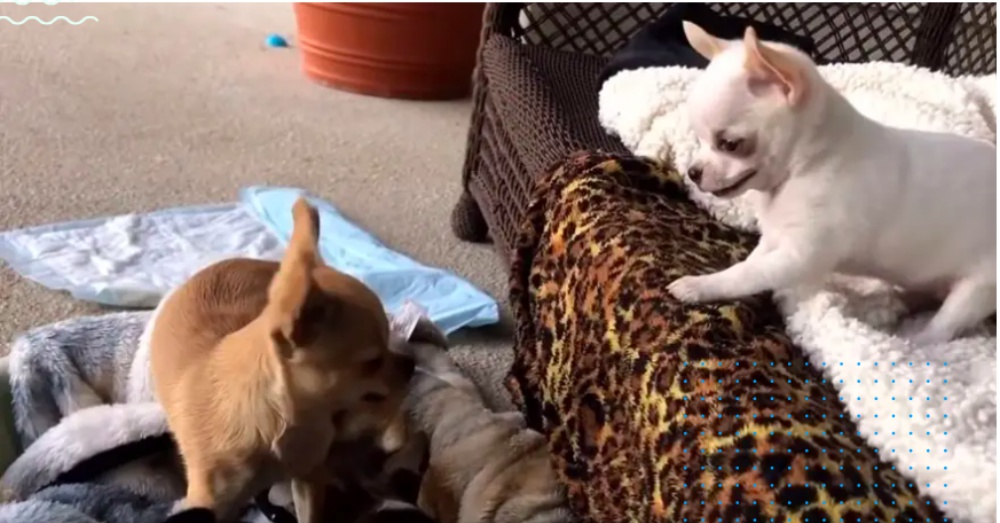 Finally, the tan chihuahua puppy notices him and begins to bark back. They continue barking back and forth for a little while, taking turns lunging forward as they bark, with the other one responding by leaping back. They seem very serious for small puppies who probably couldn’t do much actual damage.

Their arguing continues, sounding like angry squeaks peppered with an occasional small bark.

And then one makes a bold move. 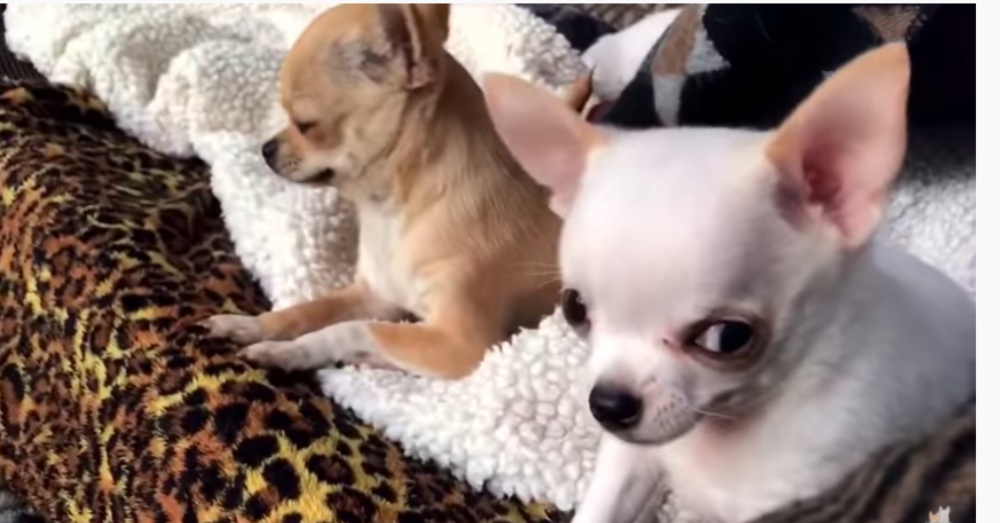 The tan puppy leaps up onto the sofa next to the white puppy. We are sure that true chaos will begin at that point, but instead, the white puppy decides the tan puppy is now on his side (or at least away from his toys), so he ignores the small tan chihuahua, who then lays down beside him.

With his sibling beside him, the white puppy goes back to barking at the sole puppy left on the ground near his still-prized toys. The black puppy completely ignores him and goes about happily rolling around and playing with a toy. Eventually, the tan puppy gets bored and jumps back down to join in. The white puppy immediately returns to his default position – standing on the sofa and barking at them both. 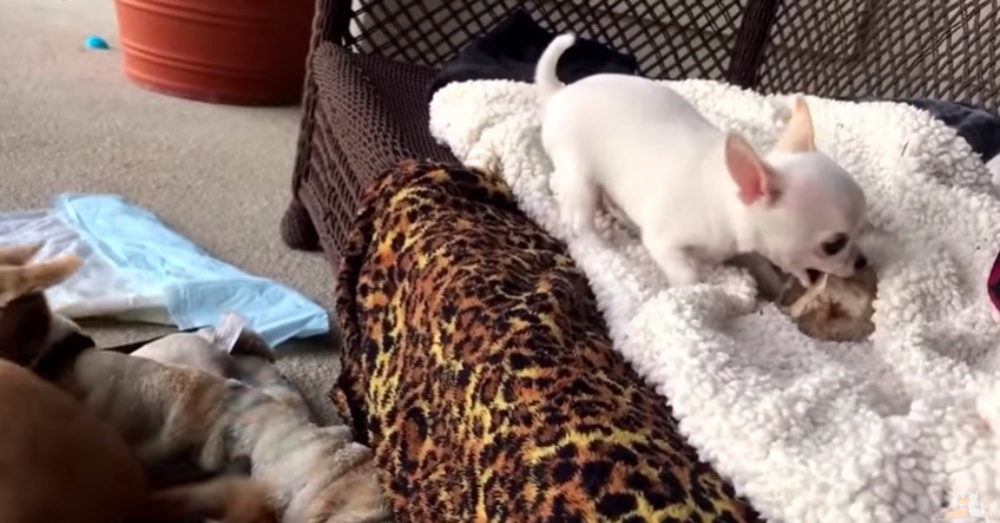 After watching them for a few more seconds, he decides on another more fruitful strategy – he finds a piece of bone that is nearly as large as his head and takes it with him to the back of the sofa to chew on without worry about any other puppies trying to chew it too.