Watching our pets try to figure out our everyday household things is a treat. You’d never be able to stop laughing at their silliness. Just like this dumbfounded cat after putting his paws on the family’s memory foam mattress.

A cat and a memory mattress

According to Newsflare, it was laundry day at Mike Bowers’ home, and the bed had been stripped of its sheets.

Just like any cat in the world, this one loves diving into soft beds and claiming it as his own. Of course, without hesitation, the cat hopped right on to the mattress, but he was aghast at what happened next! 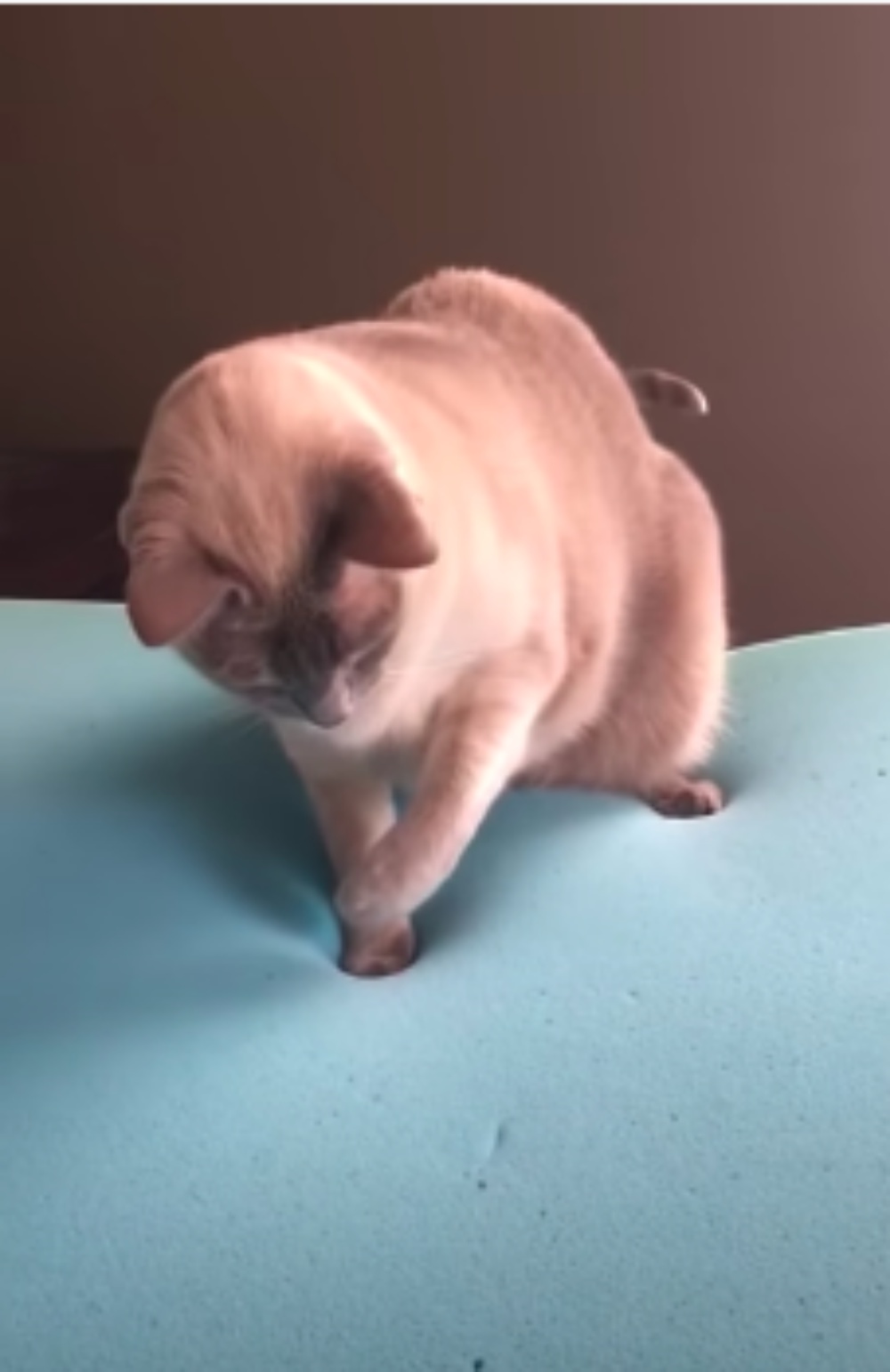 When Bowers’ cat Winston decided to hop up on the bed, he started kneading the soft foam with his paws. He wanted to make his own bed before he lies down to relax. However, he has no idea that what he was kneading was memory foam, and it was clear that he haven’t experienced it before.

Every time he raised his paws, he noticed that the foam goes back to its original shape. Winston even looked at his paw for a moment, thinking of what he might’ve caused.

Winston was confused, but at the same time amused at how his paws sink deep into the foam but then reverts like it was nothing for almost an instant. His curiosity grew, and he kept on kneading on the foam, perhaps wondering about the mystery behind the odd bed. 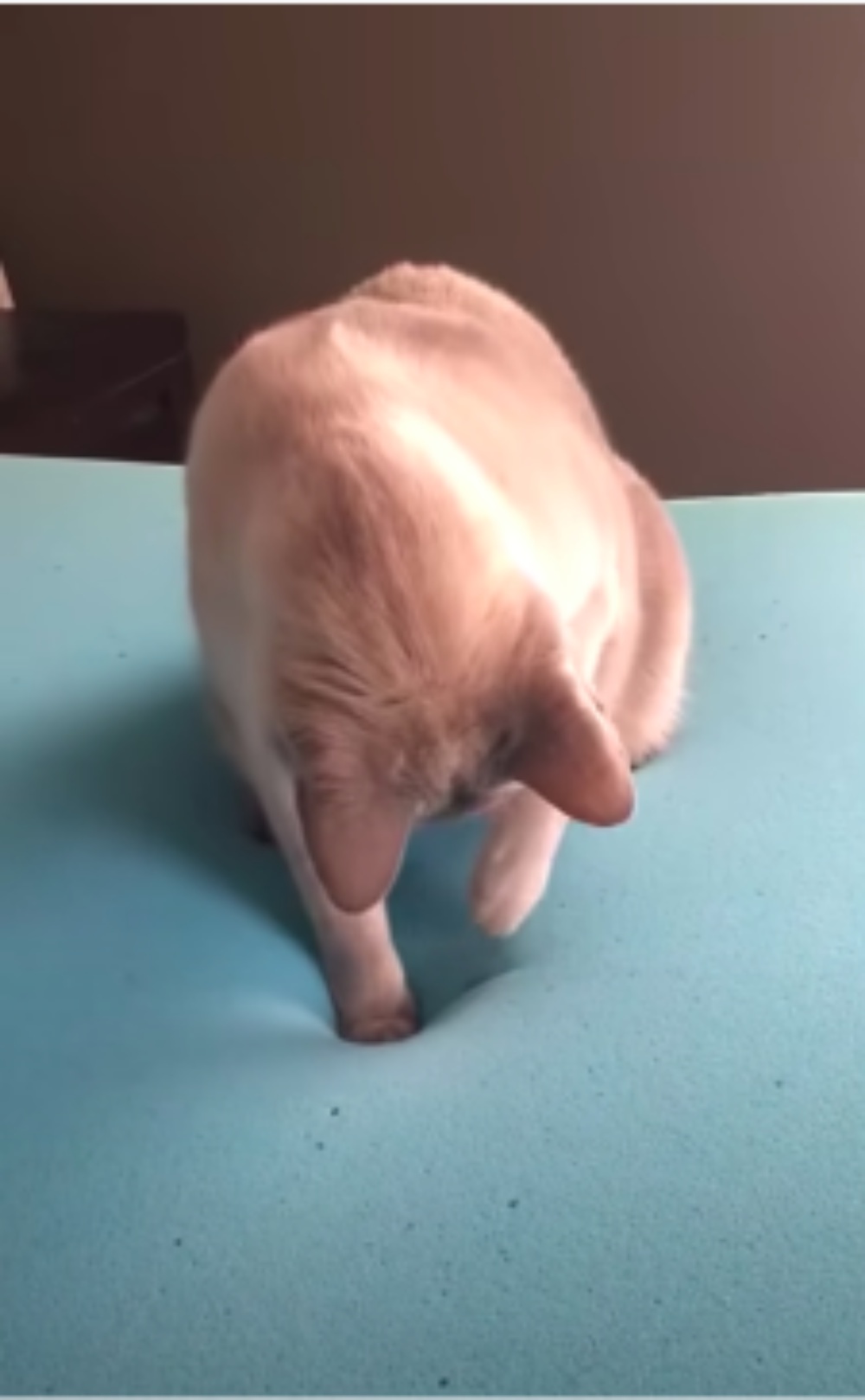 “He tries to solve the mystery himself by jumping back into the bed,” Bowers said.

Winston jumps back as the memory foam regains its shape as if it might be alive. And for whatever reason, it’s funny enough to watch over and over again. 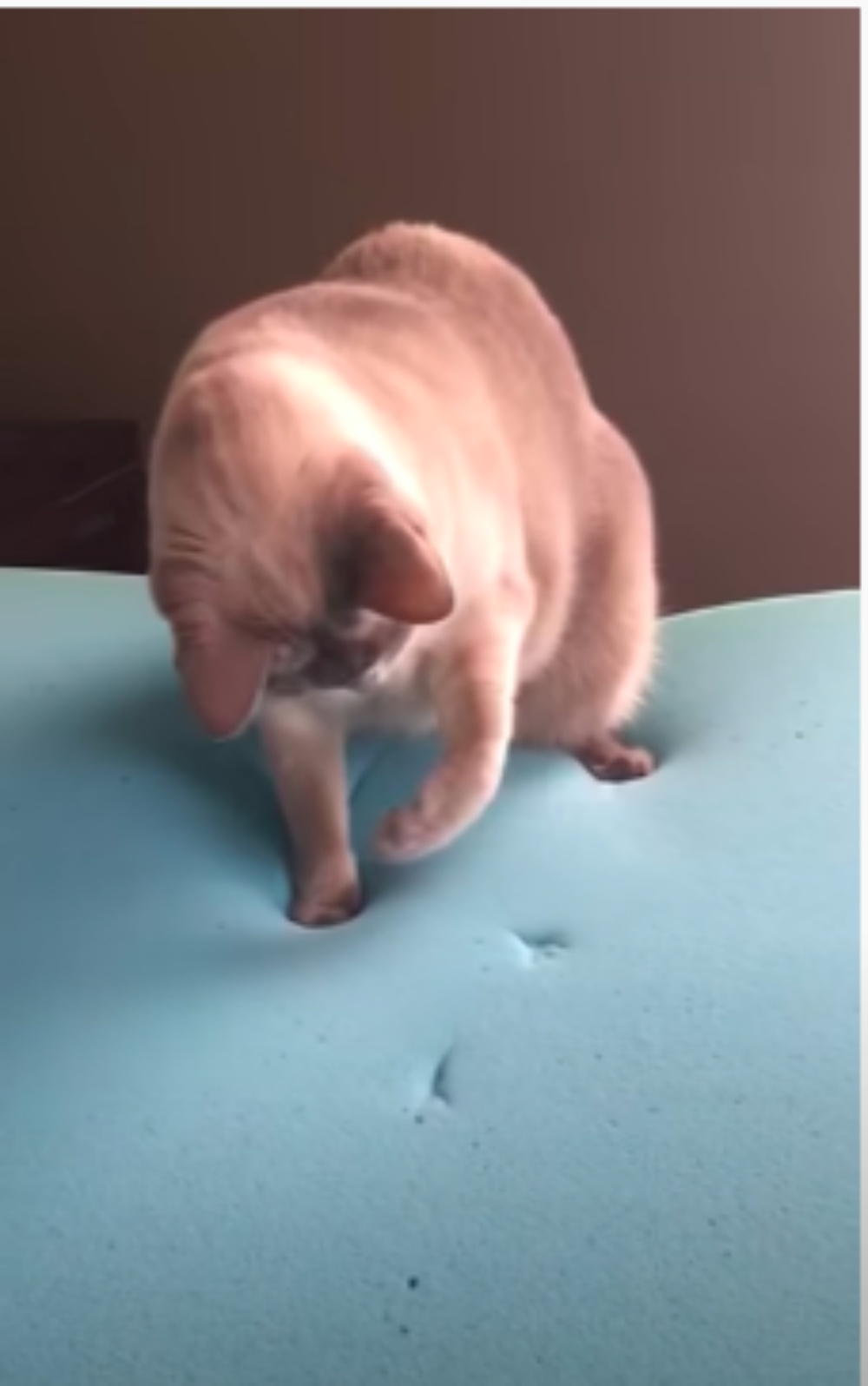 While the original video has been viewed over 53 million times since it was uploaded to Bowers’ YouTube channel in January of 2018, it has also gone viral on other YouTube channels as well as on Reddit. Truth be told, people wanted more than 15 seconds of the curious Winston and the memory mattress. 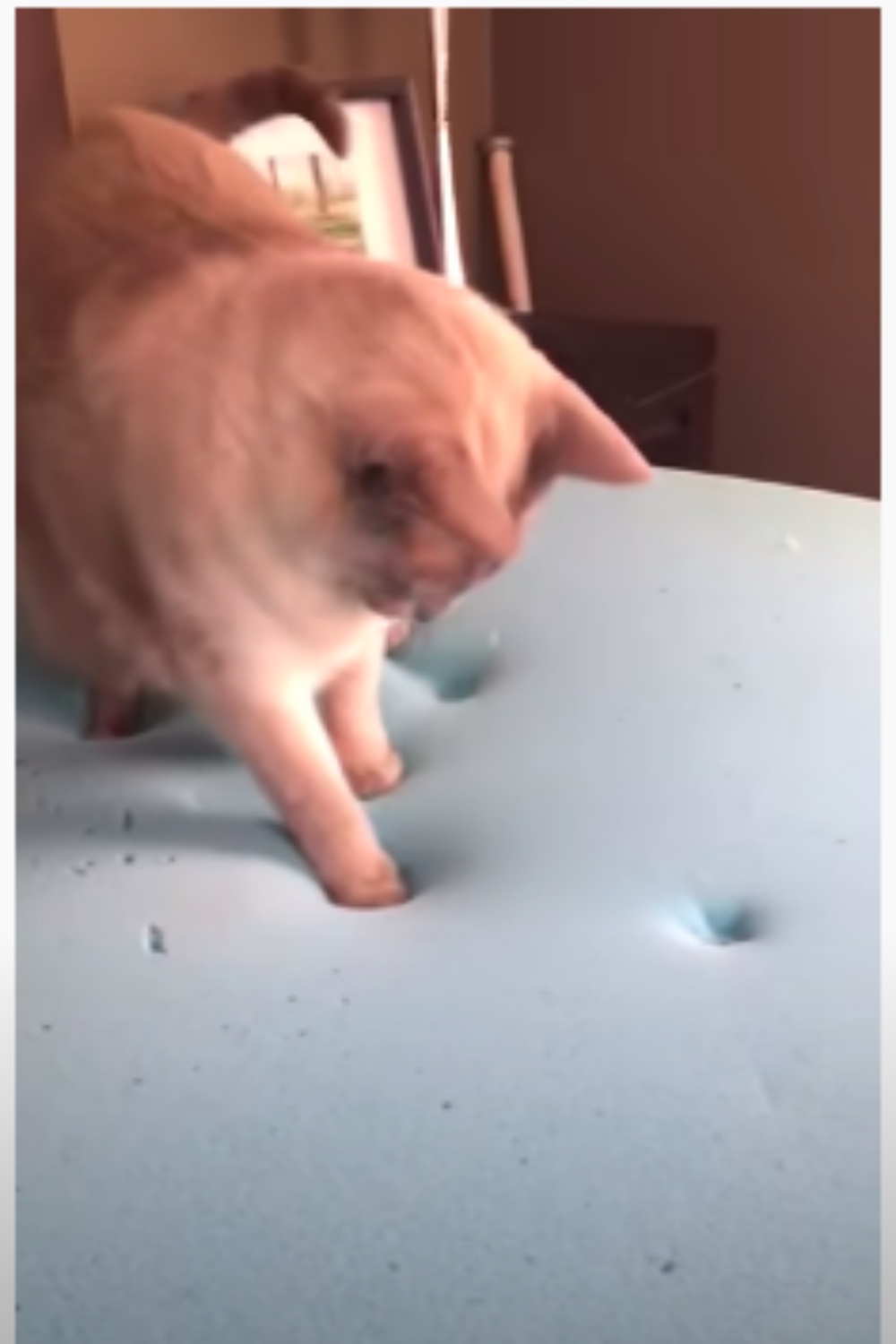 “I could watch this for much longer. A series would be nice. 14 episodes 1 hour long 3 seasons seems about right. Introducing new characters would really set off the plot line,” said a Redditor. 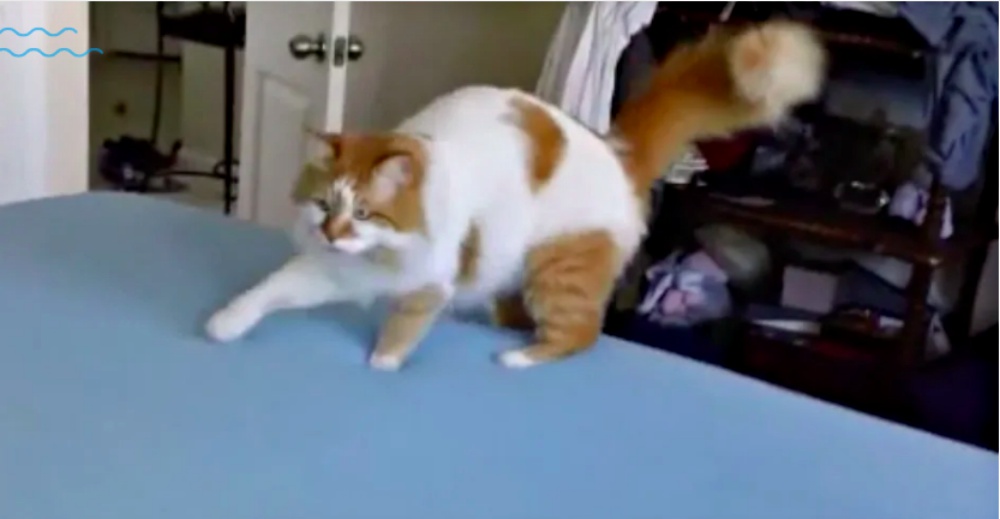 The only downside to these videos is that few of them last more than 30 seconds since cats get pretty freaked out by the “living” foam and jump down quickly. 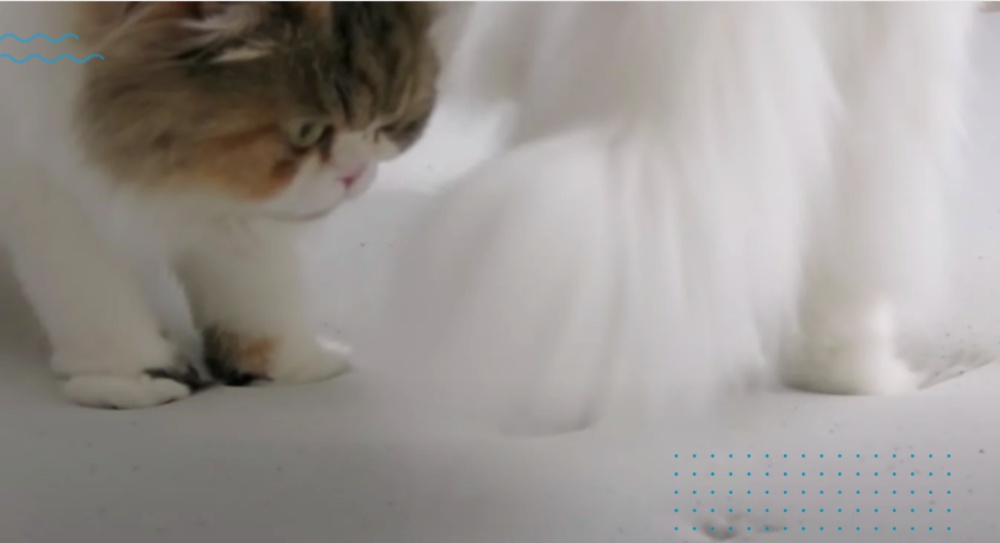 Apparently, the key is to put it on the floor. And by “key” we mean if your one and only goal is to mildly freak out your cat. 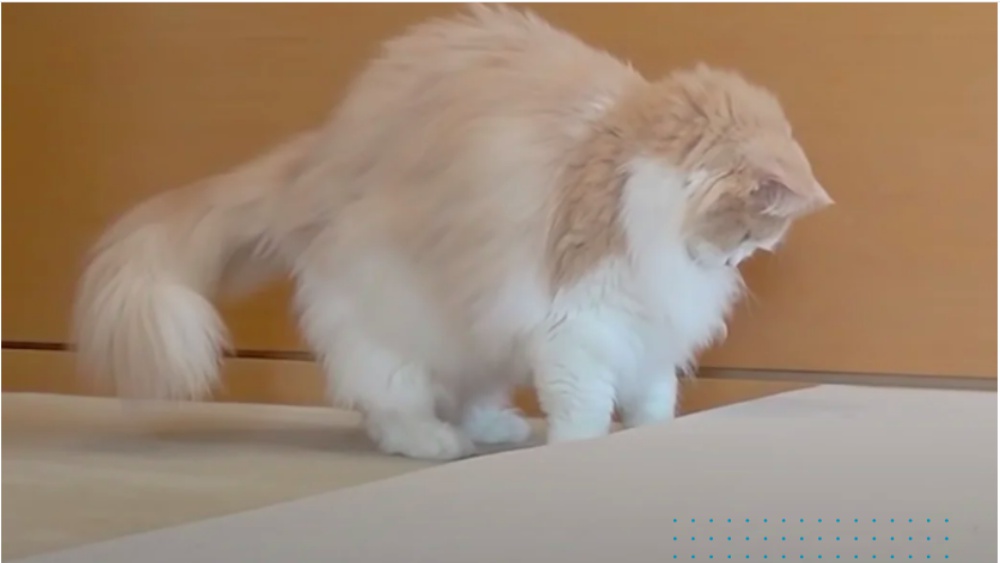 While no one knows exactly why it’s so amusing, it doesn’t really matter. Just imagine millions of people watching or re-watching this funny clip over and over again. It lasts only 15 seconds, but a cat’s utter confusion over a memory foam mattress has been viewed almost the same as a newly released music video. And while there are tons of videos of cats being introduced to memory foam on YouTube, this short clip seems to be the most popular by far.

Be sure to scroll down below to watch the most viral of cat memory foam videos. Yes, it sounds silly, but it’s funny nevertheless.