Taking our animals around the world to experience their “firsts” can be some of the most magical and funny moments in both our lifetimes. Especially depending on what type of animal they are.

Some animals get the zoomies where they cannot stop running, some animals are easily spooked by any new noise or sensation, and some just quietly form very strong opinions that can be read all over their furry faces.

When one family decided to take their cat to the beach they quickly realized he hated one very specific thing. 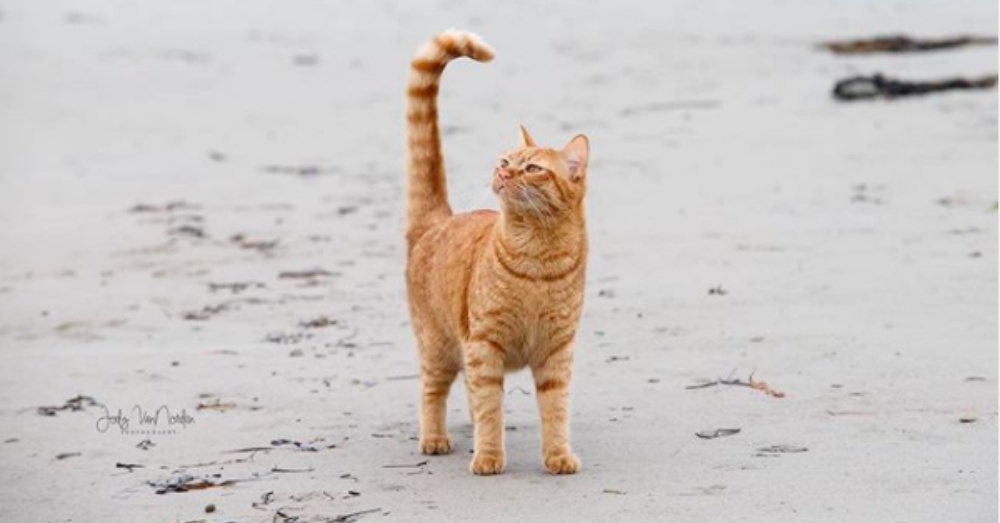 For Pumpkin’s owners, they thought it would be a great idea to take him and his brother to the beach for the very first time, since they both seemed to love adventures. But while they were enjoying the sensations of the sand and the smell of the ocean, when the wind started to pick up he made it very clear how he felt about it.

But there’s much more to Pumpkin the cat than just disliking the wind on the beach.

Pumpkin’s mom was actually being fostered at the time he was born and the family wasn’t initially planning on keeping any of the babies. But when the time came for the family to let go of Pumpkin, the only orange cat of the litter and his brother Moustachio- they simply could not.

As the family was raising their new kitten they began to notice something strange with Pumpkin.

As the family nurtured their new family members, they noticed that there was something off about Pumpkin. Come to find out later that he had a mild case of cerebellar hypoplasia, which affects the part of his brain that controls his motor skills. 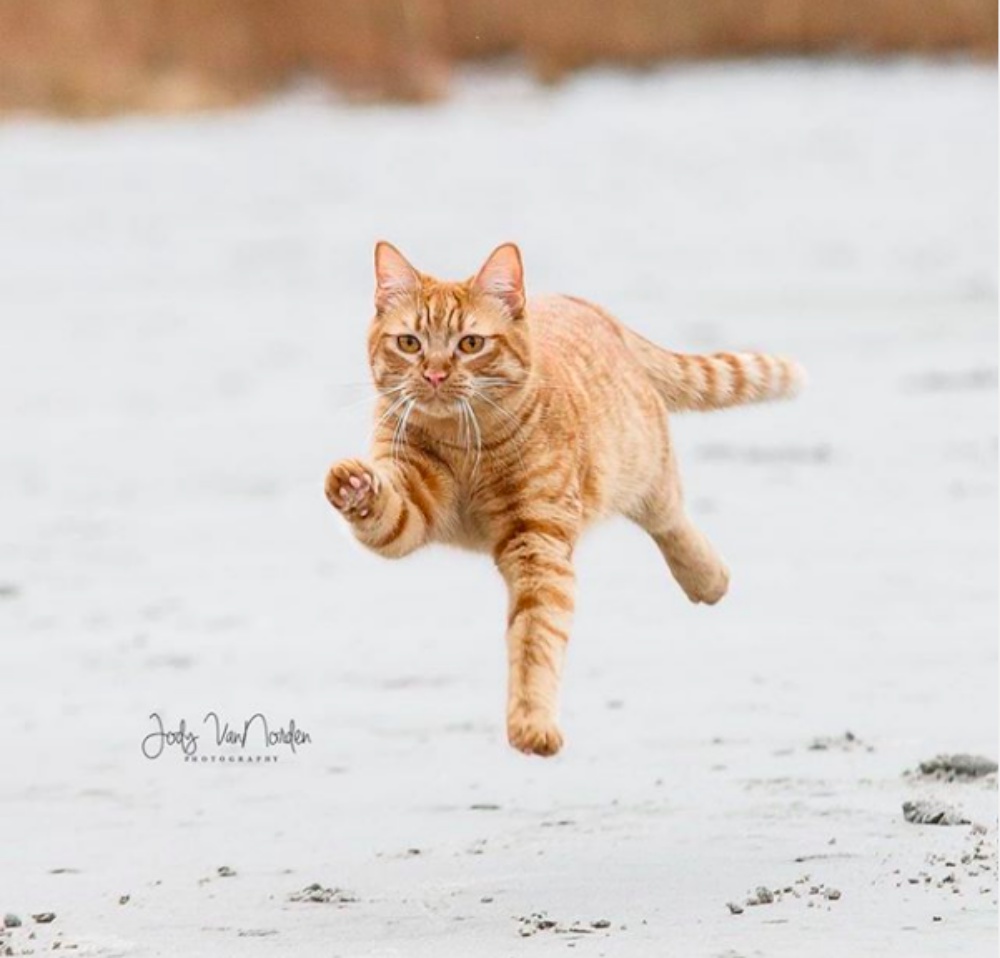 The symptoms of mild cases include an unusual gait or waddle, occasional balance loss, as well as possible subtle head tremors. Pumpkin’s mom explained his unusual waddle to The Dodo,

“We say he’s clumsy like a puppy…He looks more like he trots than runs, his front paws up one at a time.”

But nothing can stop this adventurous cat from living his best life.

This diagnosis doesn’t stop Pumpkin in the slightest from adventuring and living his life to the fullest. On his Instagram, you can see that he and his brother go on lots of adventures with their family and friends.

Pumpkin loves adventuring around the world…except when there’s a breeze.

From hiking to kayaking to just sitting on the dock of a bay or walking around the beach- Pumpkin does it all. Except on a windy day!

When Pumpkin debuted this face, his family could not stop taking photos and videos.
On that first beach day encounter, Pumpkin’s family watched as he and Moustachio enjoyed their first exploration steps on the beach, but it seemed to come to a halt when the wind started to gain speed.

The family quickly noticed Pumpkin’s facial expression change from joy to one of disgust. Tia continues,

“He actually really loved the beach but we soon found out he didn’t love the wind…The faces he was making, we’d never seen anything like it before, so we were taking pictures and videos.” 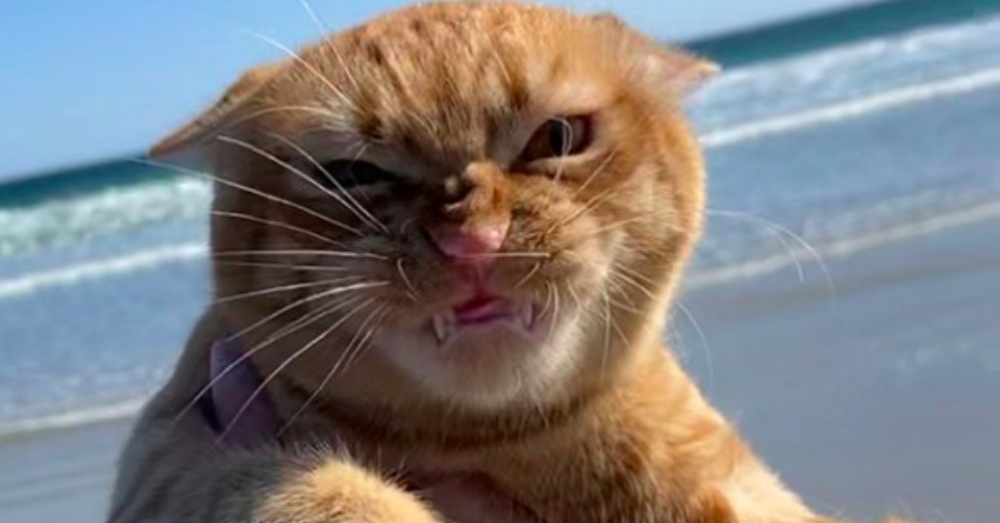 Pumpkin’s funny antics have caught so much attention and love that the family decided to create social media pages so that fans could follow along.

Since releasing this story on the internet, people all over the world have giggled with the family at Pumpkin’s reaction to the wind. So much so that they’ve decided to create social media pages just so people could keep up with the adventures of the beloved Pumpkin.

Now, not only do they get to share adventures and day to day life, but also memes, paintings, and everything else in between.

To keep following Pumpkin and Moustachio’s adventures be sure to follow their social media accounts below.