Gunnar the bulldog used to be an only child for years. He was raised by his human parents as a real kid. And then, a few years later, the first human baby joined the family.

Of course, the dog was the first one to know about his mom’s pregnancy and he lived the whole experience with her. He even used to lay on her bump and patiently waited for his baby brother’s kicks. He was super excited to feel them, and it was like he was getting to know him. 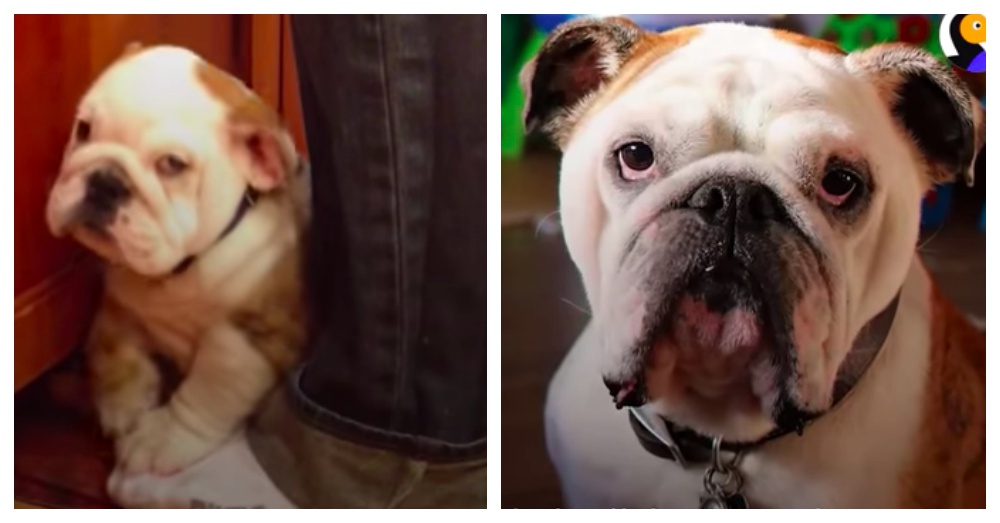 When Wyatt came home as a newborn, Gunnar immediately knew he was a human baby that had to be taken care of, and he somehow knew what he had to do in order to make sure he would be fine.

And then, a couple of years later, Lachlan joined them. When the second baby came home, the friendly bulldog knew exactly what he had to do. He had to be the big brother again, the one who is responsible for the baby’s well-being when mom and dad aren’t around. 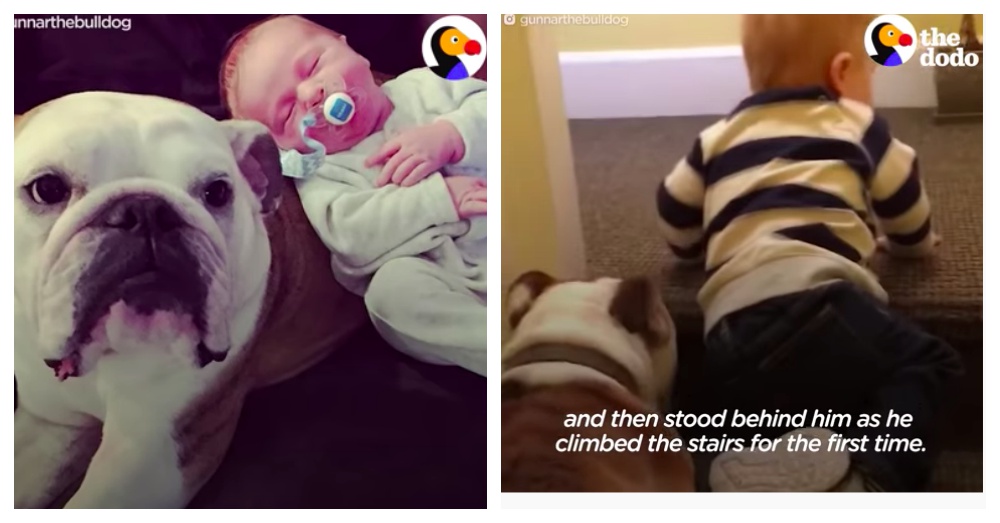 “The first time Wyatt came home,” Samantha, their mommy, said, “and the day we brought Lachlan home, he was like ‘Oh, yeah, they’re my people too.’”

Now, whenever mom and dad aren’t looking, Gunnar knows that it’s his responsibility to make sure the babies are fine.

Apart from taking care of them, he’s also teaching his brothers stuff. For instance, he taught Wyatt how to climb the stairs.

“There Gunnar was,” Samantha said. “He was at the top, came down and then stood behind [Wyatt] as he climbed the stairs for the first time.” 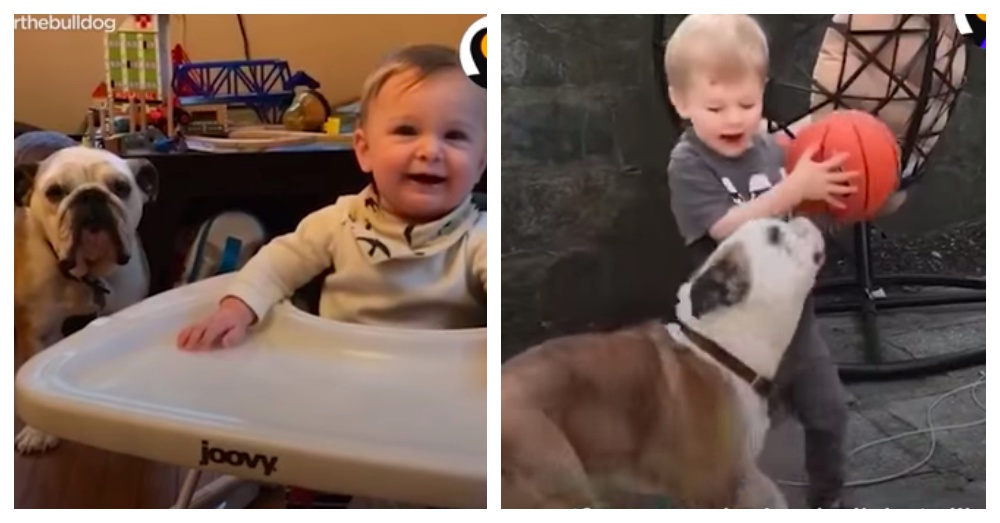 Of course, it’s not only Gunnar that loves his brothers and does everything for them. The boys, too, love him and want to do everything with him. They have birthday parties with him, they get excited when he mimes their actions (like jumping on dad’s lap or looking out the window next to them). They just adore him.

Especially with Wyatt, who was the first baby Gunnar recognized as his brother, the dog has a special bond.

In the video that follows, the two can be seen doing various activities together, from painting to playing basketball and having a bath.

“It’s his silly side [Gunnar’s] brothers like the most,” mom Samantha admits. “He loves swimming. But he has to wear a life vest because he’s so dense. If you say ‘pool’ he’ll sprint to the door.” 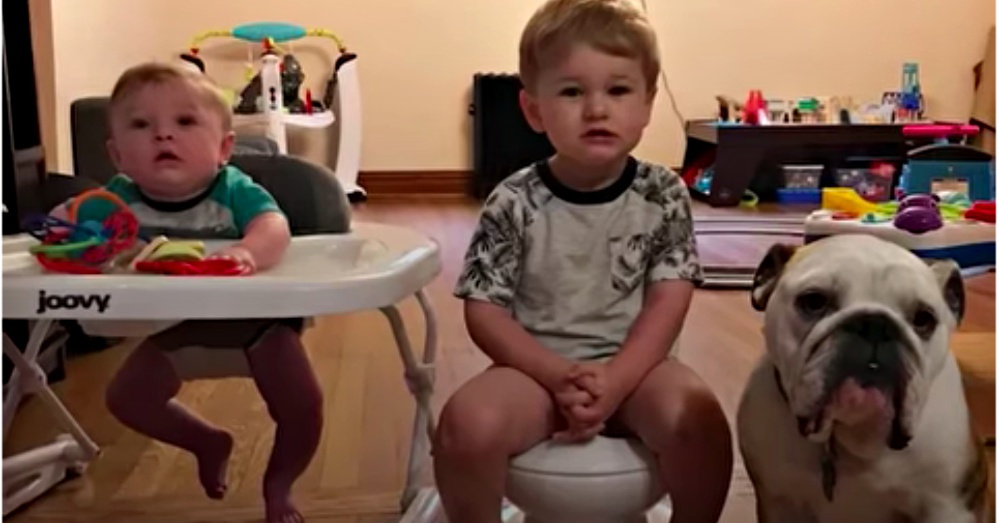 The beautiful family do everything together with their lovely bulldog. And that’s because they know that Gunnar won’t be around forever. Much as they hate the realization, they know it’s true, so they’re trying to make as many memories as they can with him.

“He really is our first baby,” the parents explain. “Knowing that he’s not going to be around forever, it makes me just try and appreciate him so much while he is here. I can’t imagine our lives without him.” 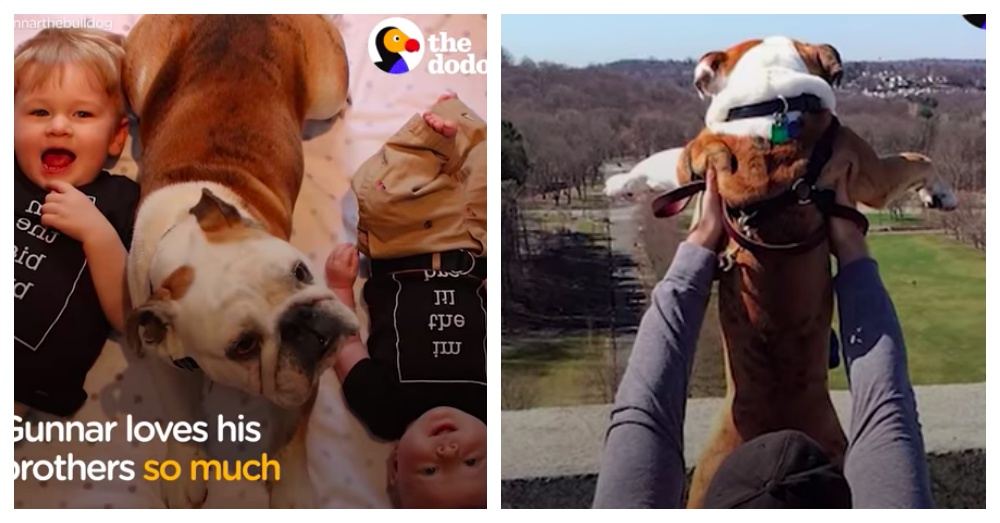 Gunnar has been an amazing brother to his human siblings so far and we hope that he lives long enough to see them grow and bloom.

Watch the video below and we can guarantee you’ll have a big smile on your face by the end of it. Enjoy!
Please SHARE this with your friends and family.