With Only 1 Small Mistake, Bulldog Proves He’s 1 In A Million Flying Through Agility Course

Bulldogs are typically known for being lazy, wrinkly, squish-able pups. They’re not what comes to mind when you think about show dogs.

In fact, the AKC (American Kennel Club) has included bulldogs under their designated list of “non-sporting” dogs. So they’re not often seen as “best in show” alongside poodles, dobermans, and cocker-spaniels.

But Rudy refuses to be put in a box! You can’t hold him down.
He stole the show at the 2019 Westminster Kennel Club Masters Agility course.

Look at that loveable mug! 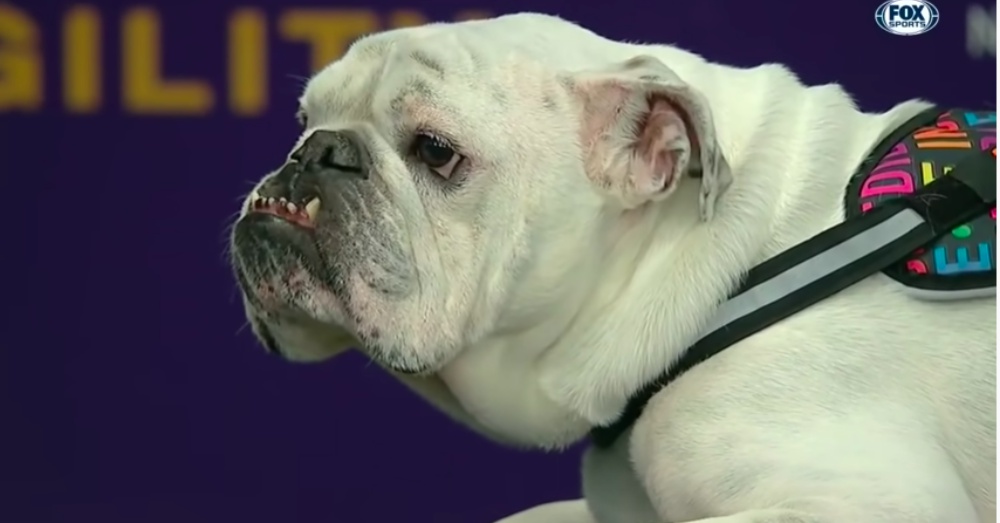 Rudy’s full name is Von Rudolph Augustus Perkins. If you don’t think that’s the best and most regal dog name in the world then you’re living on a different planet.

Rudy and his owner, Debra Perkins have come to compete, and look ready to take on the course when they are called to the start line. 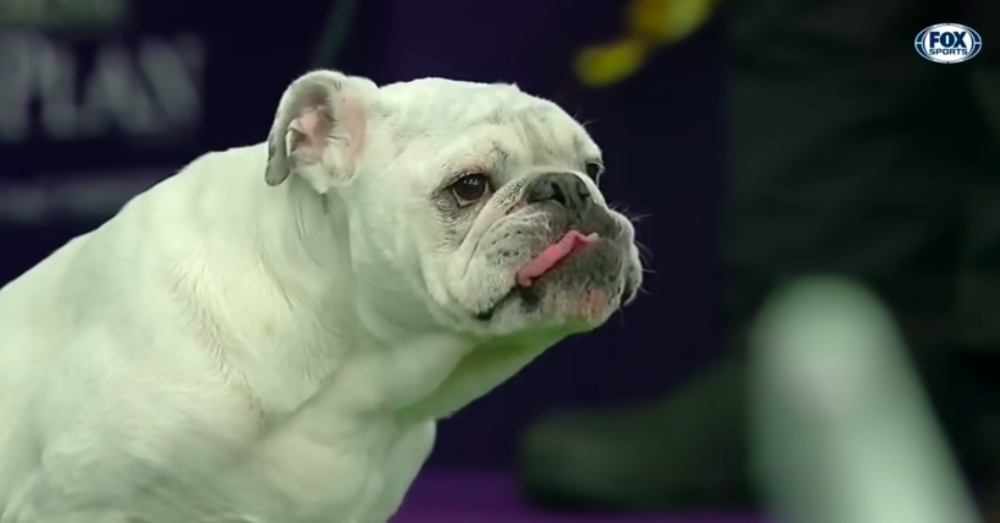 As soon as Debra gives him the okay, our shining star Rudy goes shooting off, leaping through hoops and charging up the ramp. The crowd loses their minds.

Who would have expected to see a bulldog move so quickly? 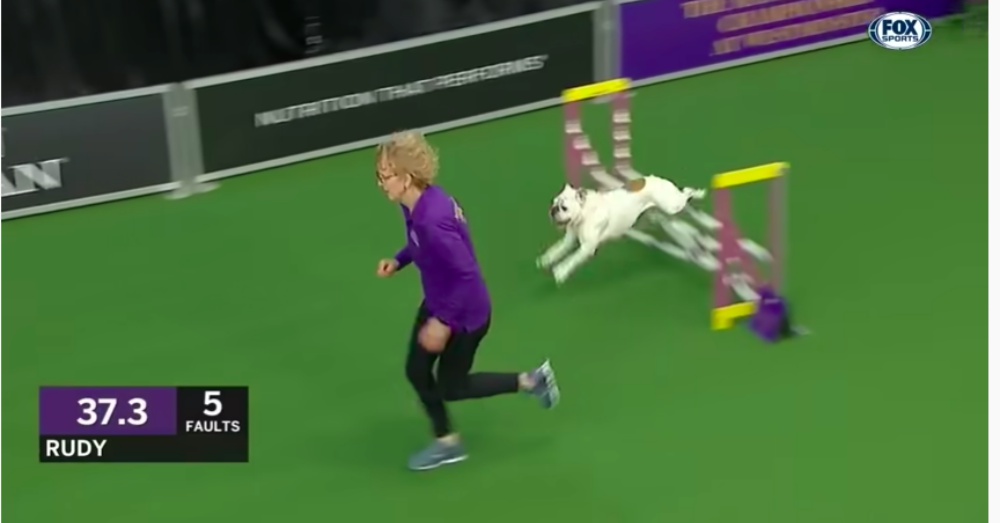 He’s flying through tunnels and soaring over jumps, smiling the whole way through. And his owner Debra is keeping up, giving direction along the way.

He’s such a good boy.

After completing a horseshoe tunnel, he gets a little too excited and jumps the next bar going the wrong way.

His owner tries to guide him in the right direction but he jumps through her legs!

They have a small collision and the audience sighs, but that little mistake doesn’t shake his confidence!

He completes the rest of the course with vigor, giving it his best the whole way through. 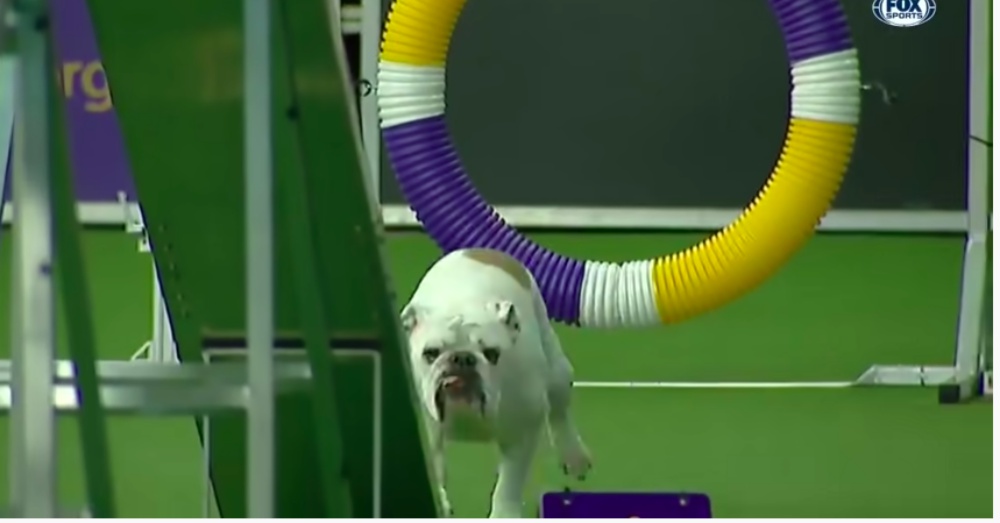 “No one expected this out of a bulldog tonight!”

“I agree with you, no one thought a bulldog would come out the way that Rudy just did.” 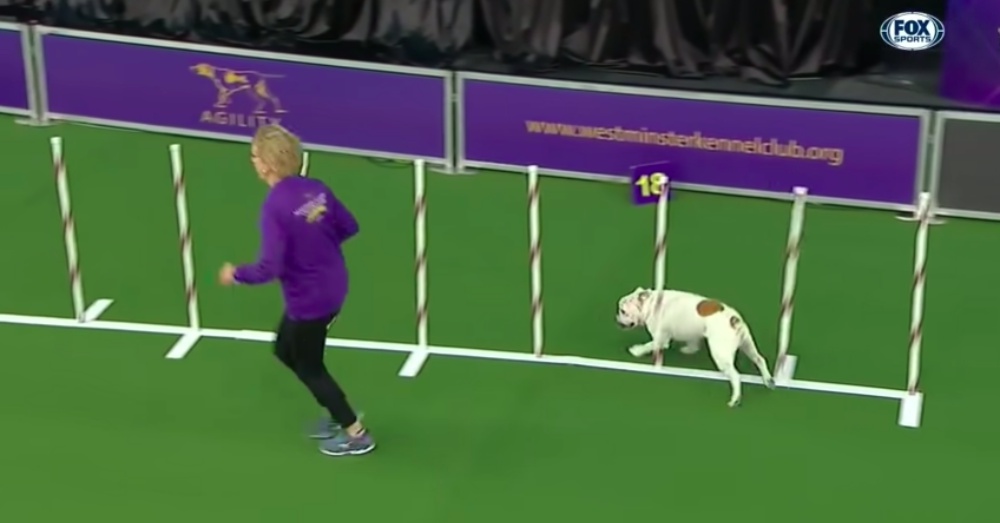 He gets to the end of the course and the crowd is cheering, even after his 5 faults counted by the judges.

I only saw the one, and even then I still think he’s perfect.

He looks so proud of himself! He’s loving all the camera attention.

I literally can’t get over his little face!

The audience ate him up, and even the commentators were fawning.

“Rudy. Rudy. Rudy.”
“I know, I was waiting for the crowd to chant that.”
“I know, they should have!”
– Fox Sports Commentators 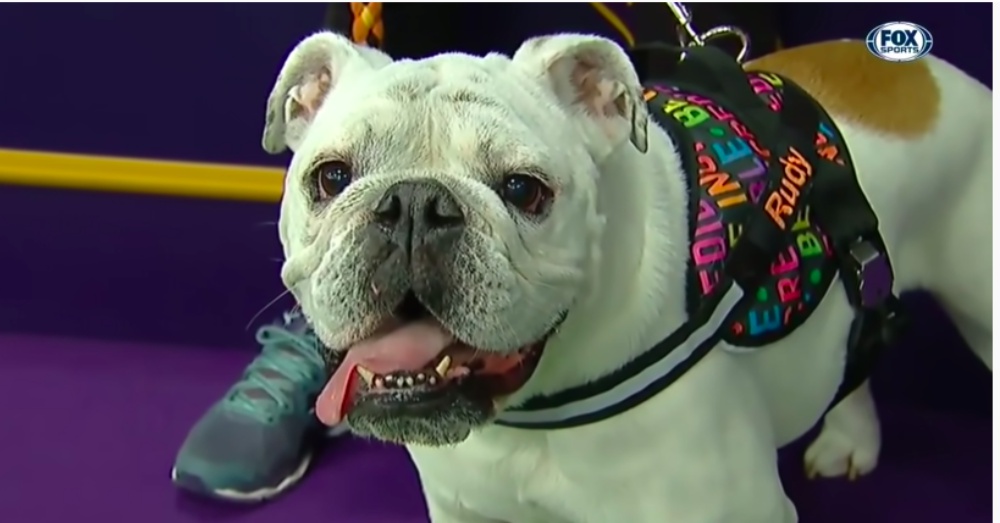 The video has already earned 2.5 million views and thousands of comments from people all over the world who love Rudy’s efforts.

Tons of encouraging viewers left messages about how great he is, or comparing him to their own dogs.

I don’t think most bulldogs move unless food is involved and quite honestly, I can relate.

Someone made a bold statement about Rudy’s agility sport being better than the NFL and NBA and I could not agree more.

The entertainment value of dog shows is unparalleled.

Congratulations little Rudy, and don’t give up. You’ll get ’em next year. We’re all rooting for you!
For more adorable dog performances, check out this 11-year-old trainer who puts on a show with her 8 talented pups!