Sometimes it is the most unexpected moments that can bring us the greatest joy. Whether those unexpected moments are with people, places, things, or even animals the happiness these moments provide us are those to cherish and take time to share with the world. Take for example one dangerously large animal who takes a minute for some much-deserved playtime in his family’s backyard. 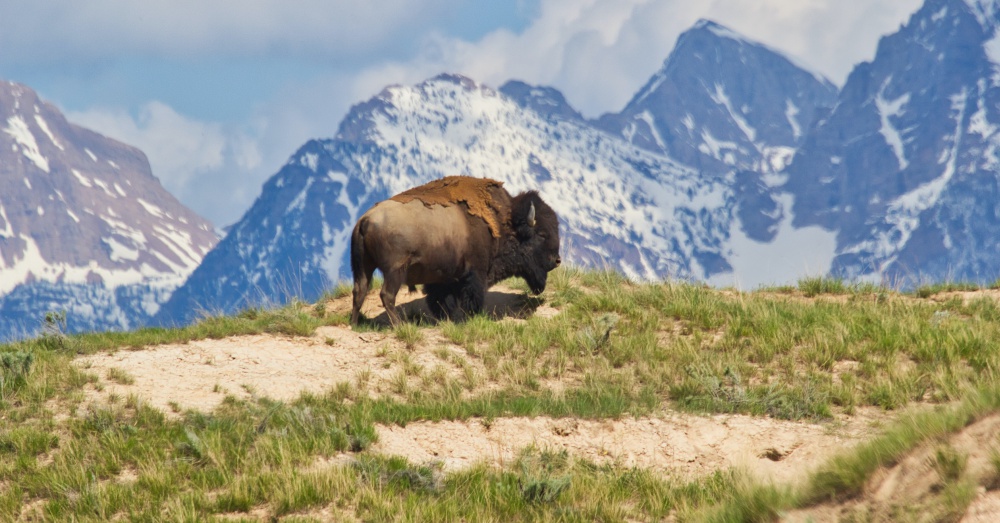 When one husband and wife decided to renew their vows for the seventh time they decided to bring in their unlikely best man. That best man just so happens to be their family buffalo and this is the second time they gave him the honor of becoming the best man. To which after the ceremony he decides to celebrate by taking a turn jumping on their trampoline in the backyard. 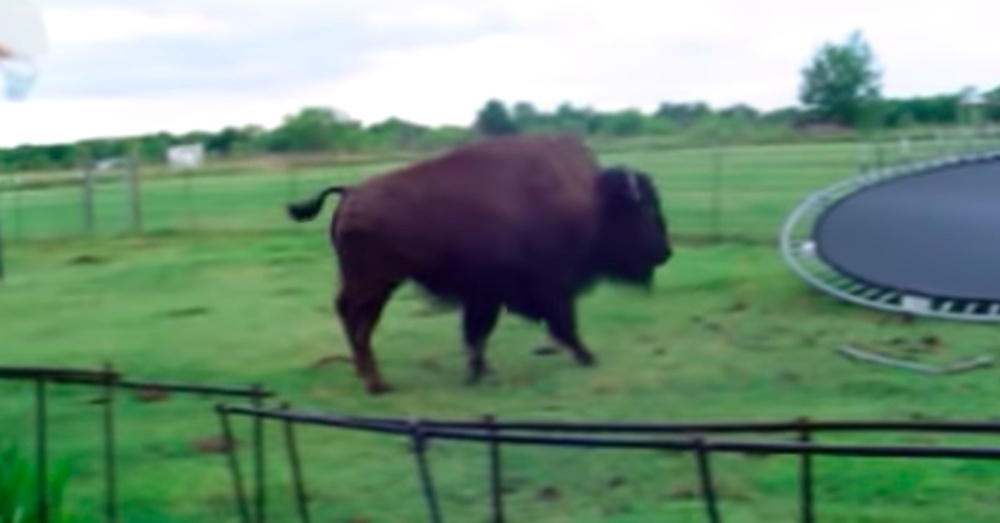 Although these animals are known to be one of the most dangerous land animals alive this buffalo shows he only has one thing on his mind and that is to play. Not only is this buffalo unique for his qualifications as being a hugely successful best man but he is also a uniquely large animal. For this family, their massively unique buffalo best man grew to be almost twice the size of other buffalo! Normally buffalo are known to have narrow hips but for this dangerously playful guy, his hips are nearly as wide as his head. His family treats their big boy with lots of love too even giving him full birthday parties with streamers, icing shaped buffalo poop with a candle on top.

So when they look out their window and see their playful boy running around making his way to their kid’s trampoline they can’t help but pull out the camera to see how it all plays out. 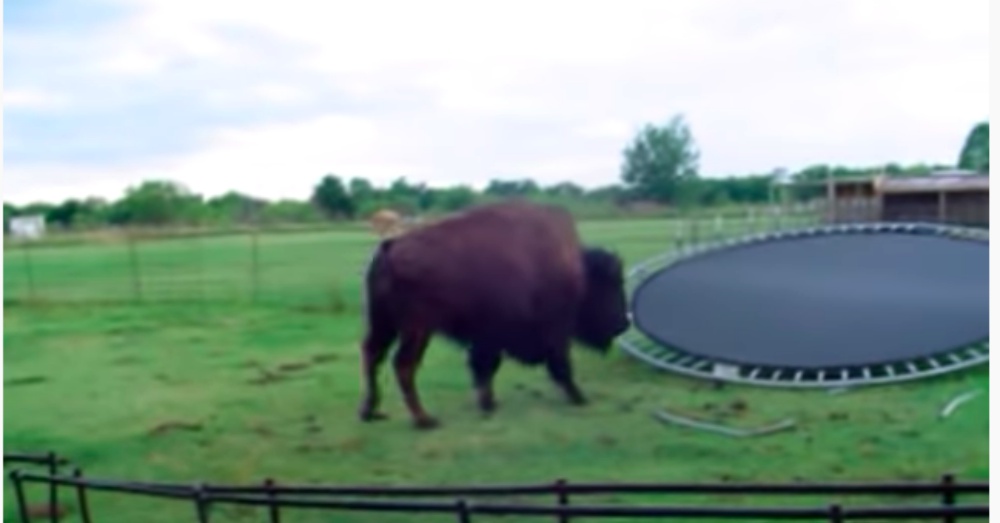 This playtime goes exactly how we would all expect. Struggling to make a successful step onto the very slippery trampoline. Especially, when as you observe the size comparison of this big buffalo compared to the size of this trampoline. 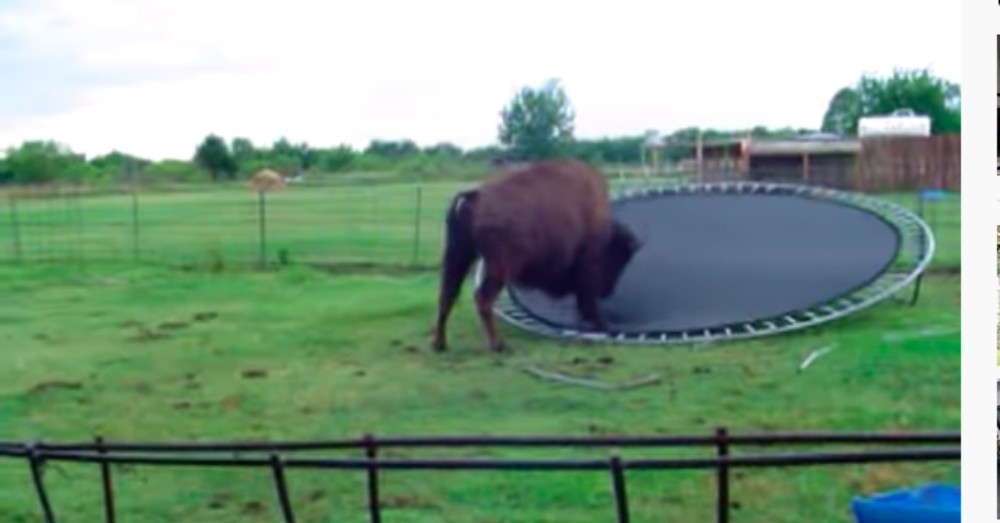 Taking a moment to reevaluate.

After the first attempt fails this buffalo takes a moment to reevaluate the situation at hand. Possibly going over what could be going wrong or how he is supposed to play on this trampoline he stands to the side to ponder. 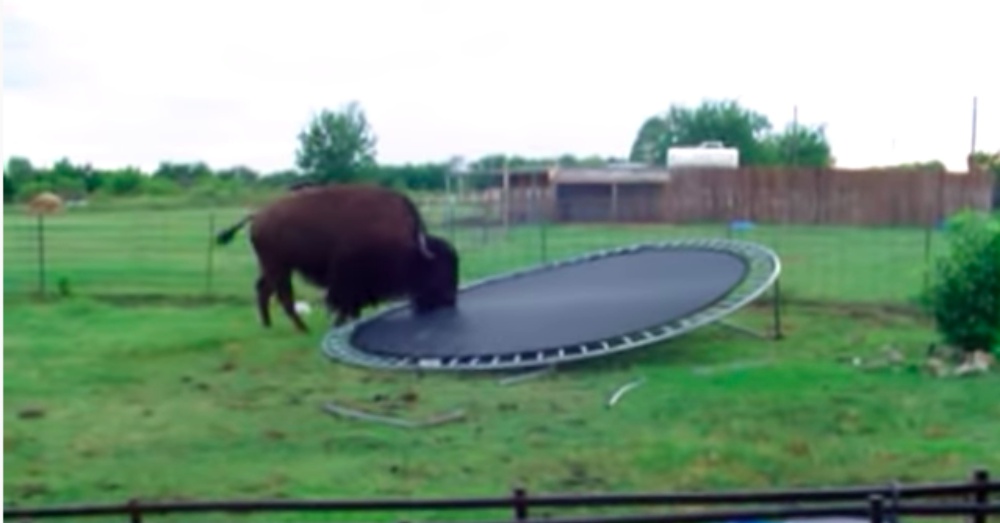 He shortly later makes a decision that he will try to fix the trouble he is having by trying to move around the trampoline.

The buffalo then tries once more but slips and face plants right into the trampoline! 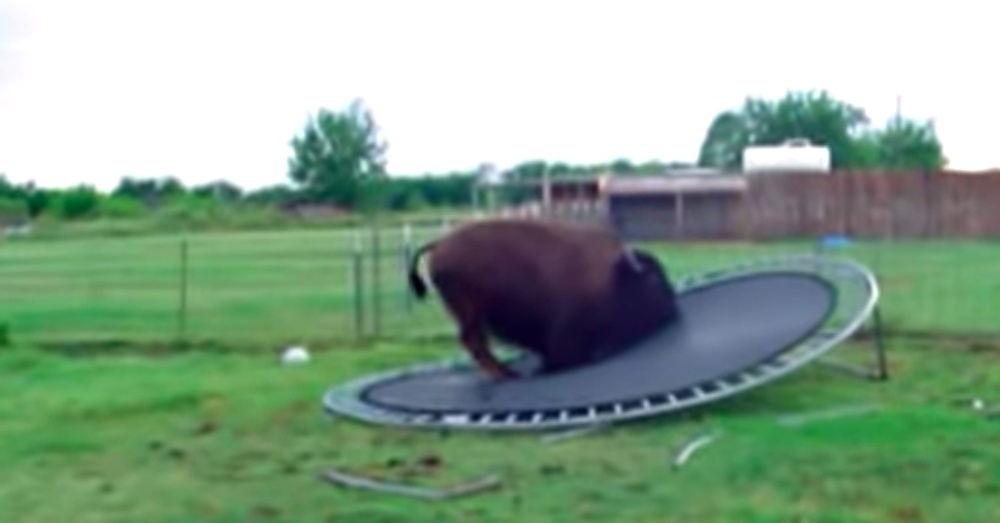 Playtime is over…but it was fun while it lasted!

After slipping and sliding all over the trampoline the buffalo decides to take a moment and accept defeat. 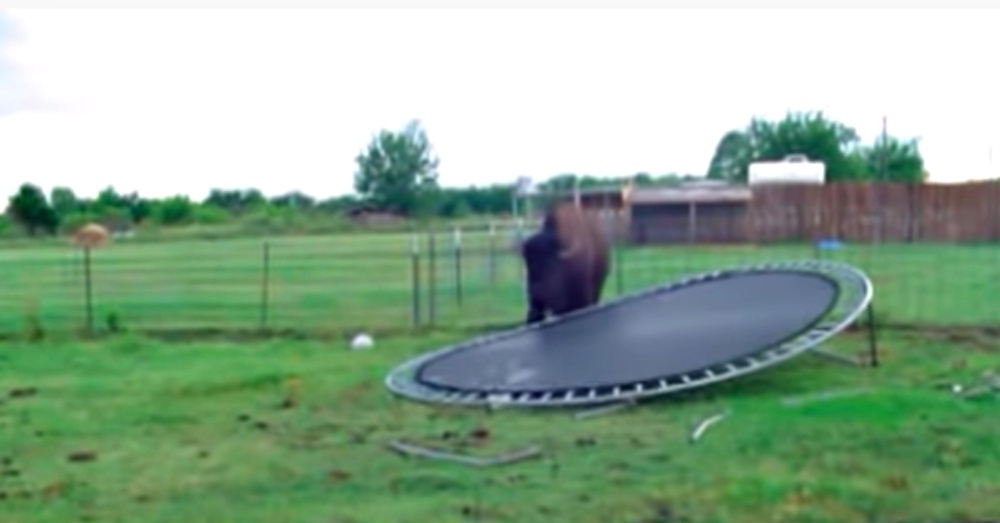 Although he may not be able to bounce on the trampoline as he would like to his owner writes notes all of his accomplishments stating that they have 16 contacts with the animal planet, 5 contracts with Americas funniest home videos, and even another contract with country fried home videos. We can see why this family made their big goofy buffalo their best man two times.