A pet cat instantly became a hero after it saved a baby from falling down the stairs.

In Bogota, Colombia, an unusual event happened last November 7, 2019. Diana Lorena Alvarez, 27, placed her son, Samuel in his crib one early morning. She just went home and he was still asleep.

After some time, she discovered that her son, Samuel is no longer in the crib and was even able to crawl away from it. Wanting to know what really happened, she checked the CCTV recording and she couldn’t believe what she saw. 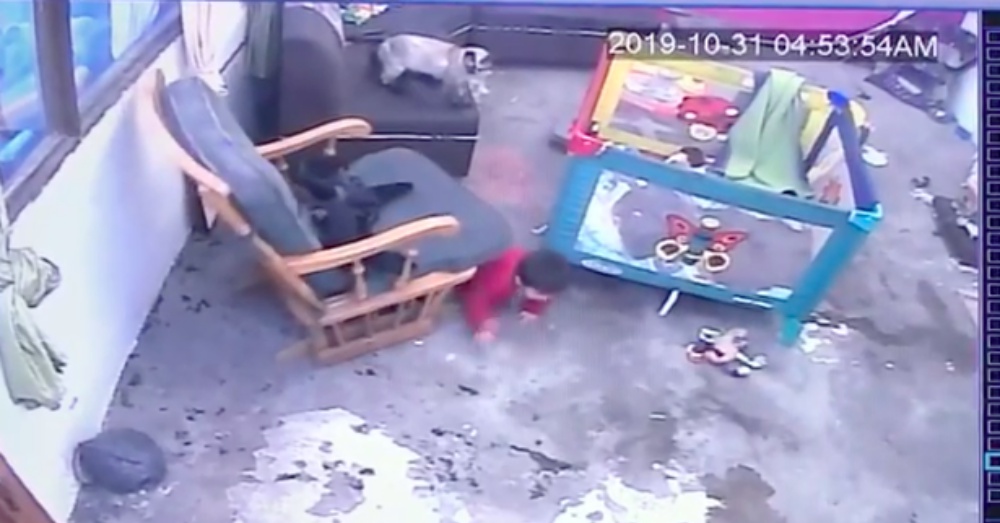 “I was a short distance from him when I suddenly noticed that he had woken up and had left the crib by himself, for this reason I wanted to go back over the recordings so that I could see how he got out of his crib,” she was quoted as saying. “It was at that moment that I discovered that the cat had saved his life.”

To her surprise, Diana found something else, something unexpected but absolutely wonderful because her son’s life was saved! She sure wasn’t ready for what the recording showed her. 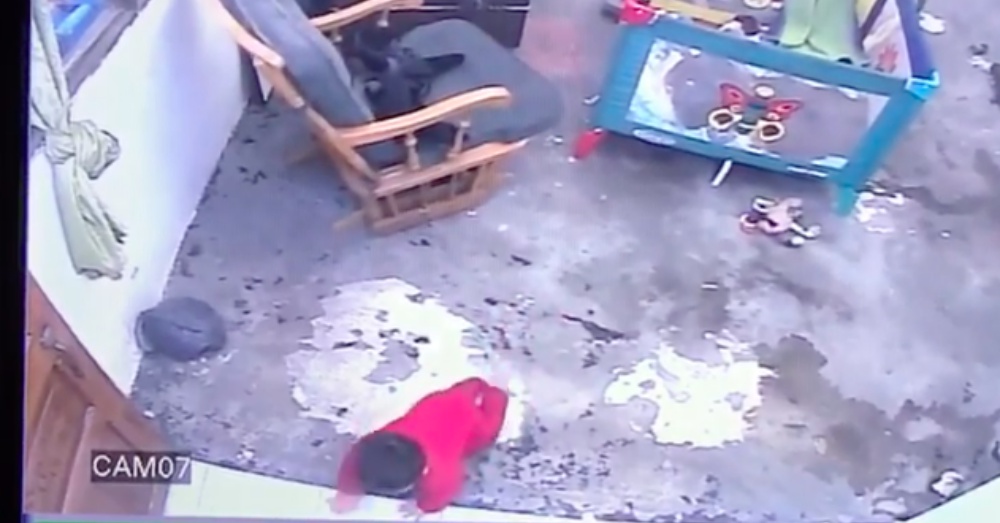 Diana discovered the heroic act of their cat. In the CCTV video, it showed little Samuel slowly wriggling on their floor. He was able to escape his crib. As he was crawling on their floor, their grey Siamese cat was looking at the boy, as if knowing that the boy will be in danger.

The cat, whose name was Gatubela didn’t stop watching little Samuel. The cat was seen alert and as he slowly goes to the direction of the stairs, Gatubela immediately goes down from the chair. 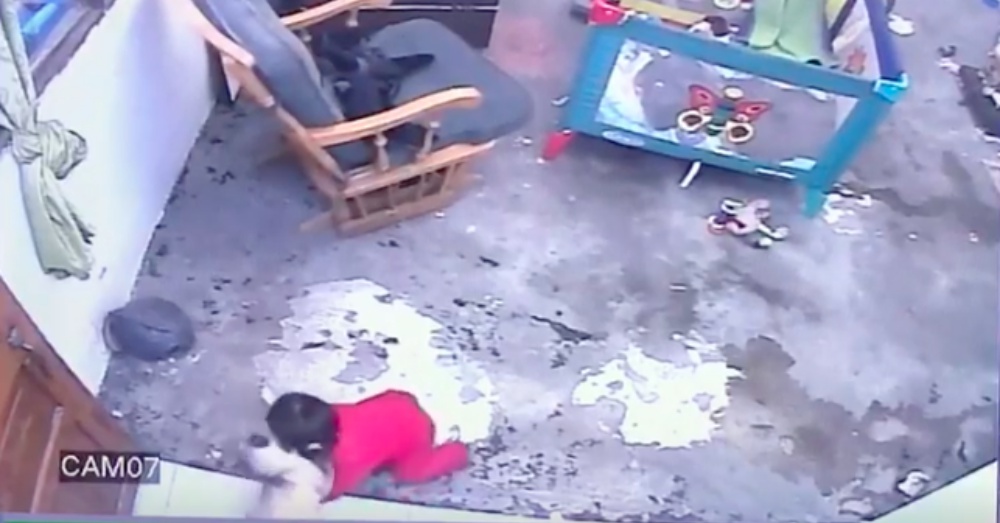 Since they were on the second floor, Gatubela knew what will happen to their little Samuel if she didn’t react soon. She immediately jumps to the other chair and unto the first step of the stairs.

From there, she hugs and stops Samuel from going any further. She is then seen slightly pushing and guiding the infant back to change direction. Just a split second would have led to an accident.

Gatubela didn’t move from her place, she was still alert, still checking if the infant will try to go back near the stairs. 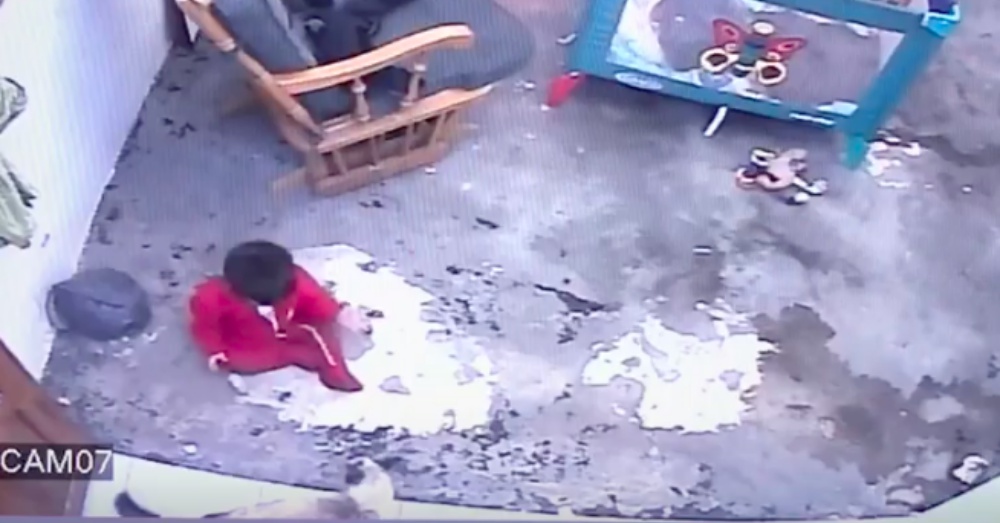 Gatubela was indeed a hero! This beautiful cat was alert and knew what she needed to do; seemingly how a mom cat takes care of their kittens if then wander off too far.

“If it had not been for the cat my son would have rolled down the stairs. Watching the footage, I felt really surprised and lucky,” Diana stated in the report.

Diana was relieved, shocked, and thankful with what she saw. If not for Gatubela, we can’t imagine what could have happened to little Samuel. 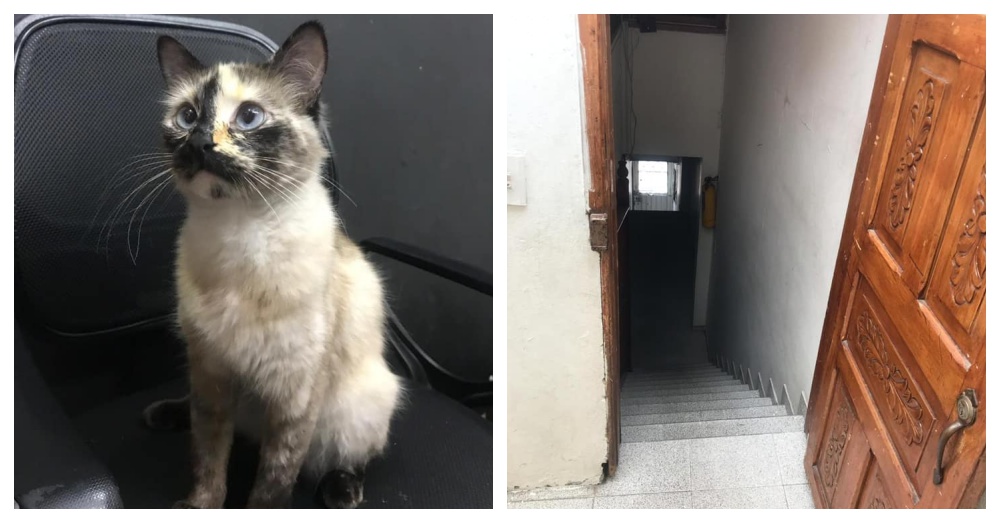 Her post went viral and already has 7.9k reactions and 25k shares! Who wouldn’t want to share this beautiful story?
Don’t forget to watch and share the heroic act of this lovely cat.