Expectant parents who own dogs often worry about how their pet will react once the baby comes home from the hospital. You’ve probably read articles that talk about the importance of taking things slowly. After all, to some dogs, a newborn is an intruder rather than a wonderful bundle of joy.

People forget that dogs, just like humans, have emotions. That means they feel fear, rejection, sadness, confusion, and more. A lot of dogs also deal with feeling jealous. So, it’s vital to make an introduction between canine and human baby the correct way. As one couple discovered, they didn’t have anything to worry about when introducing their baby to the family dog.

One mom and dad had some concerns about introducing their Boxer named Bella to their newborn daughter. Although they’d had her a long time, and she’d always been a fantastic family dog, they just weren’t sure what to expect. Although they were new parents, they still loved Bella. But now, they had a tiny infant to protect. 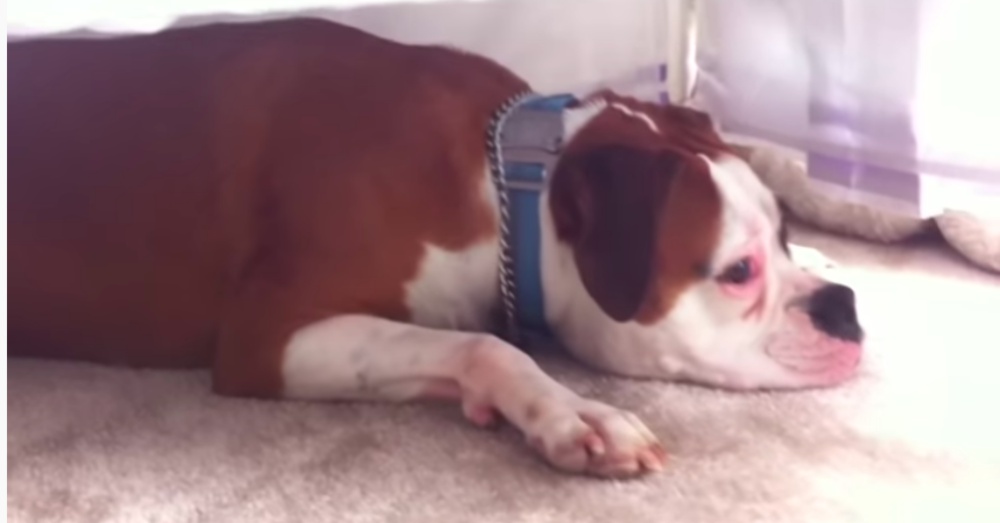 From the minute Malina came home, Bella was her best friend. Beyond the curiosity they expected, their dog became vigilant at making sure her new infant was okay. Immediately, Bella started sleeping right beside the baby’s crib. She even alerted the parents whenever Malina would cry. 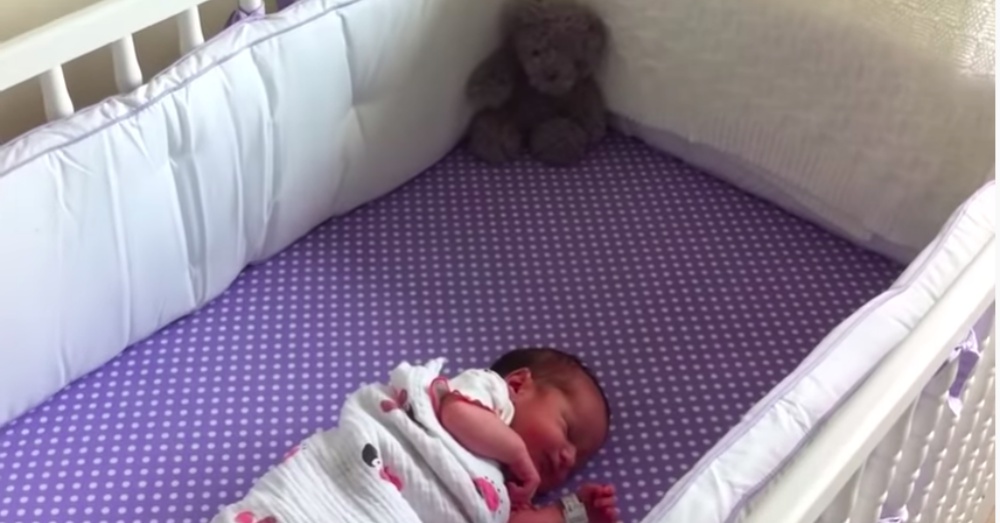 They have a wonderful connection

In a video shared by the parents, viewers can see just how remarkable this dog is when it comes to her baby. At one point, Malina starts to fuss and then cries. Instantly, Bella, who was sleeping underneath the crib, wakes up. You see her eyes glance toward the baby and her ears perk up. She’s worried that something’s wrong.

This is her normal reaction 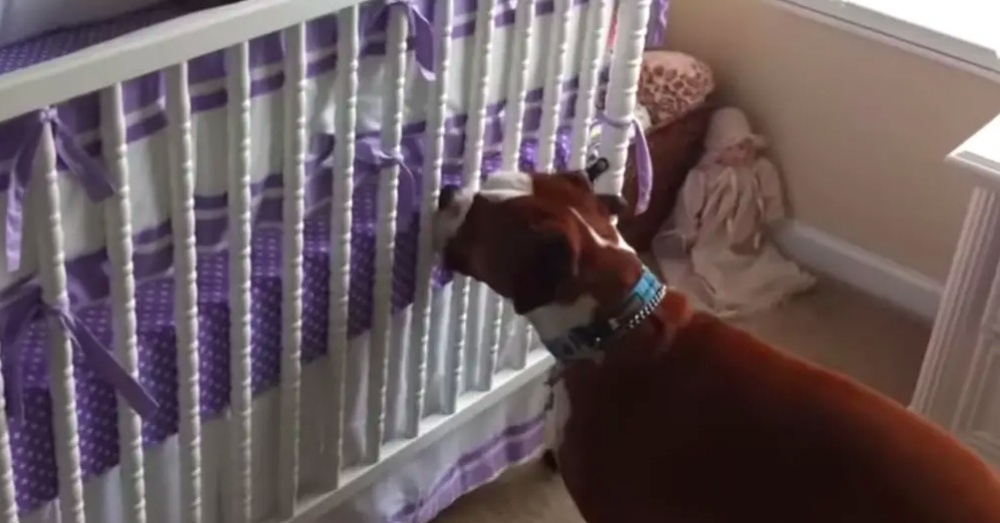 As the parents explained, this is how Bella responds whenever the baby cries. It’s as though she fears something bad happened. They reassure her that everything’s fine but that doesn’t stop her from keeping guard. While they’ve tried to encourage her to sleep elsewhere in the house, she’s not interested. She has a job to do, and she does it incredibly well. 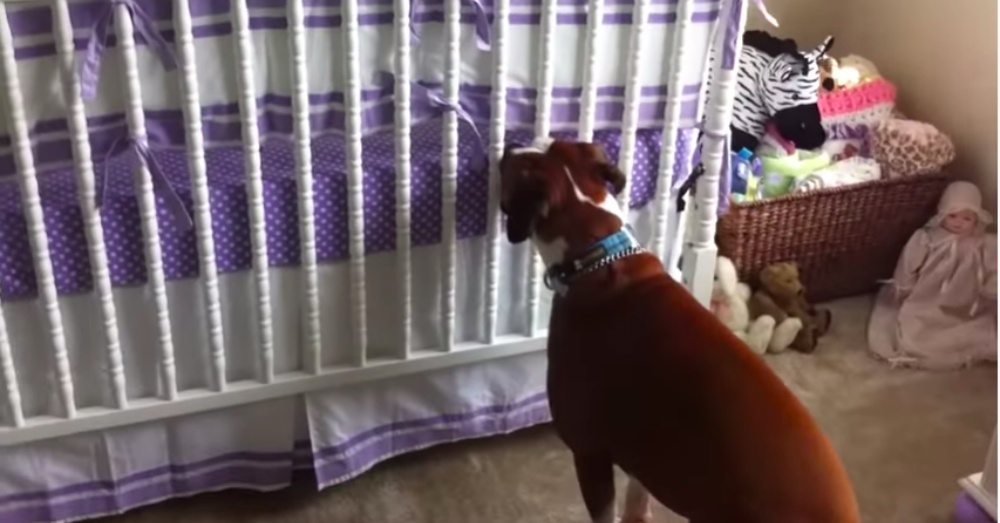 As you watch the video, you see Bella stand, and then make her way toward the side of the crib. She’s still on high alert as she sniffs around. Because the bumper inside blocks her view of Malina, Bella has to rely on her sense of smell. Remember, dogs can process as many as 300 million olfactory receptors using their nose. That means compared to humans, they can smell 40 times greater.

According to this mom and dad, Malina and Bella’s friendship is still going strong. This dog remains on guard and follows her human everywhere she goes. As a bonus, whenever Malina drops a piece of her snack, Bella is happy to clean up the mess. These parents said their floors have never been cleaner. 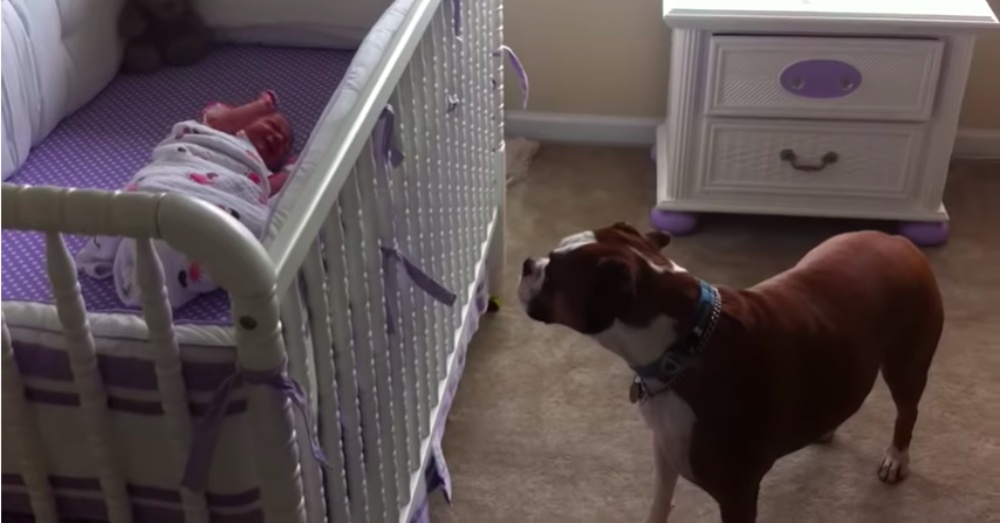 For soon-to-be-parents, it’s always best to move slowly after a newborn comes home. It’s also important to continue showing love to their dogs. Making them a part of the experience will make a big difference in how well they adapt to having a tiny, crying human in the house. 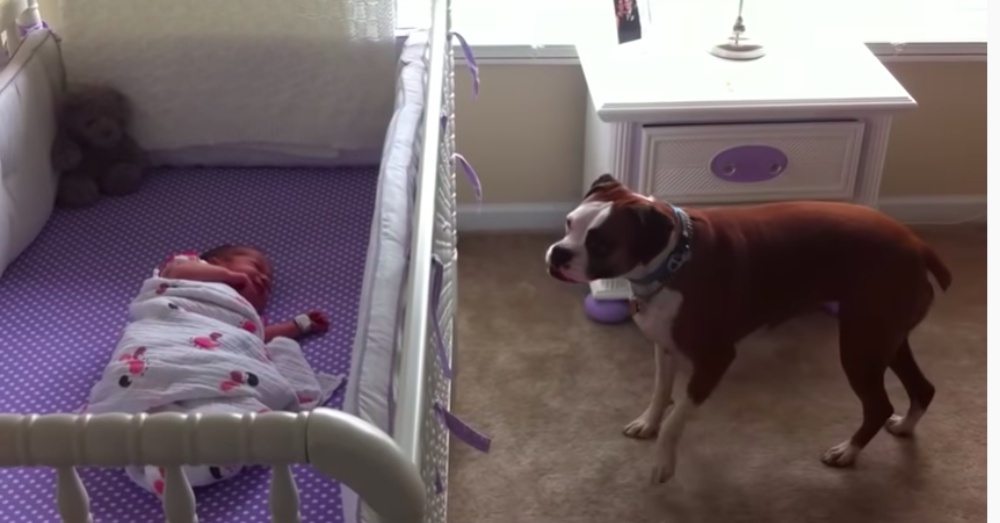 Hopefully, as time passes, this mom and dad will post additional updates on Malina and Bella.

Watch Bella in action in the video below.