A black bear was caught on tape at exactly the right moment back in 2011 and its antics have been viewed nearly three-quarters of a million times since then.

The video, posted by CANADA Explore, begins by showing a black bear at the Whistler Blackcomb Ski Resort in British Colombia. Not exactly what you want to see when you hit the slopes (even if it’s amusing from behind a computer screen!). 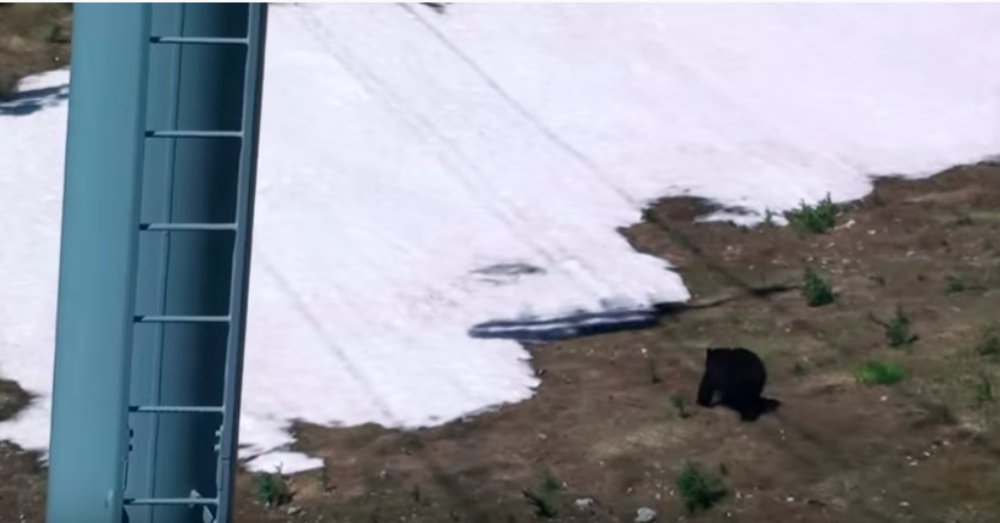 At only 15 seconds long, it’s hard not to watch it over and over again.

The family recording the hilarious moment appears to be on the ski lift – and they may have seen the bear’s antics before since they seemed to know exactly when to record and weren’t surprised by its actions. 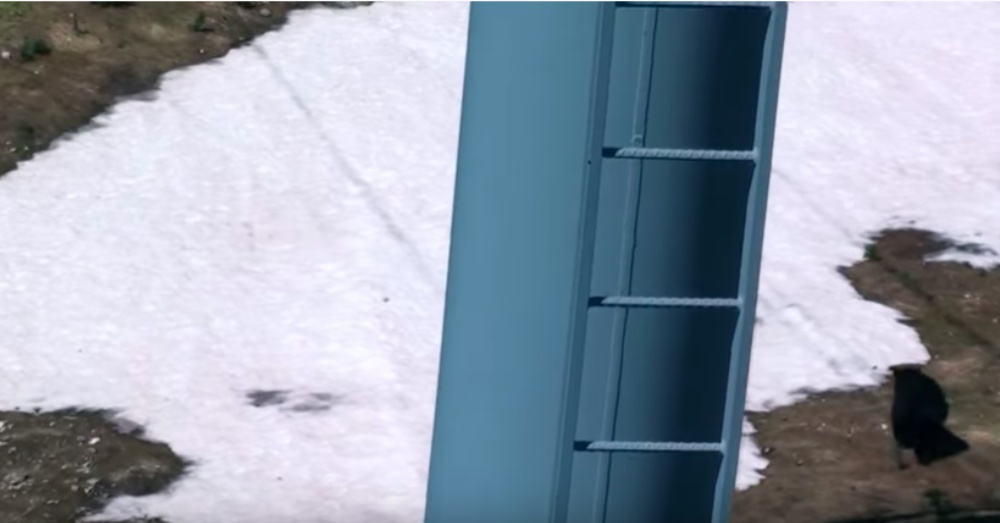 Approaching a large patch of snow from a muddy region on the slope, this bear is about to have some fun.

A small child can be heard saying “oh no, oh no, oh no” in the background, but it’s clear it’s not out of fear. In fact, he shouts “weee” the second the animal takes a well-executed belly flop onto the snow. 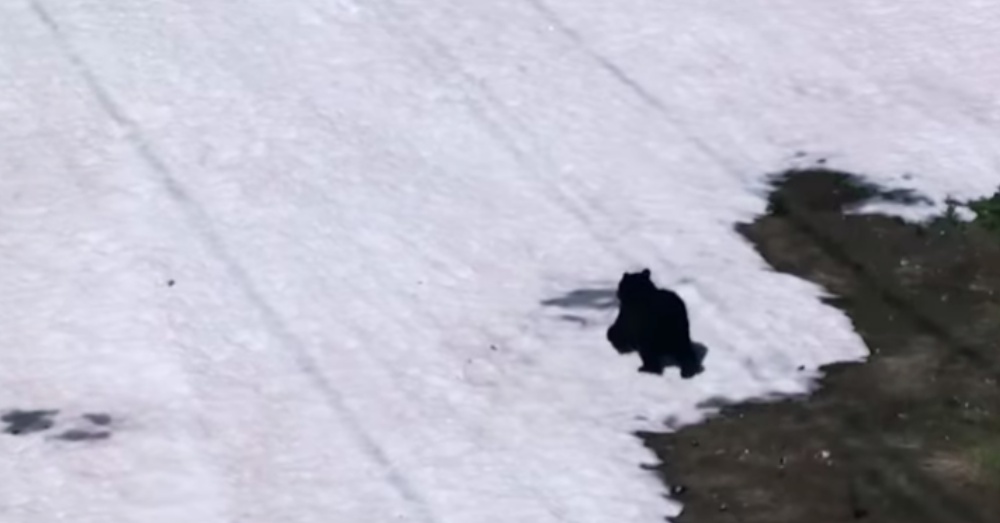 And there he goes – sliding right on his belly over the snow patch.

The child on the ski lift sounds just as delighted as we are to see this big beast having fun as he shouts “YAHOO!” 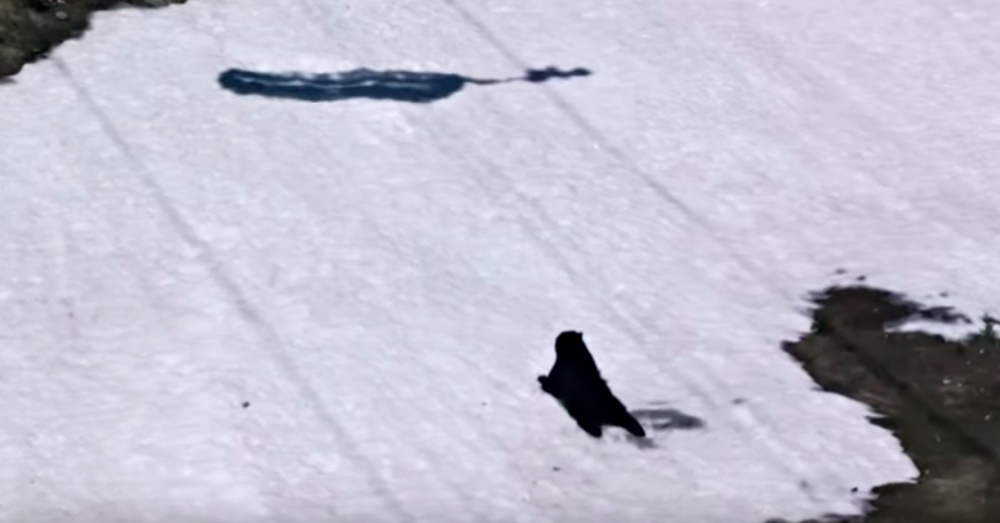 Whistler Blackcomb is a popular place for bears, and while you’re not guaranteed to see one (up close or from a chair lift) if you go, you shouldn’t be surprised if you do happen to come across a black bear or a grizzly. Both bears are found in the park and are fairly hard to tell apart.

Now, if you see a bear unexpectedly and aren’t safely above it watching it have fun, you should remember never approach the animal (or any wild animal for that matter). 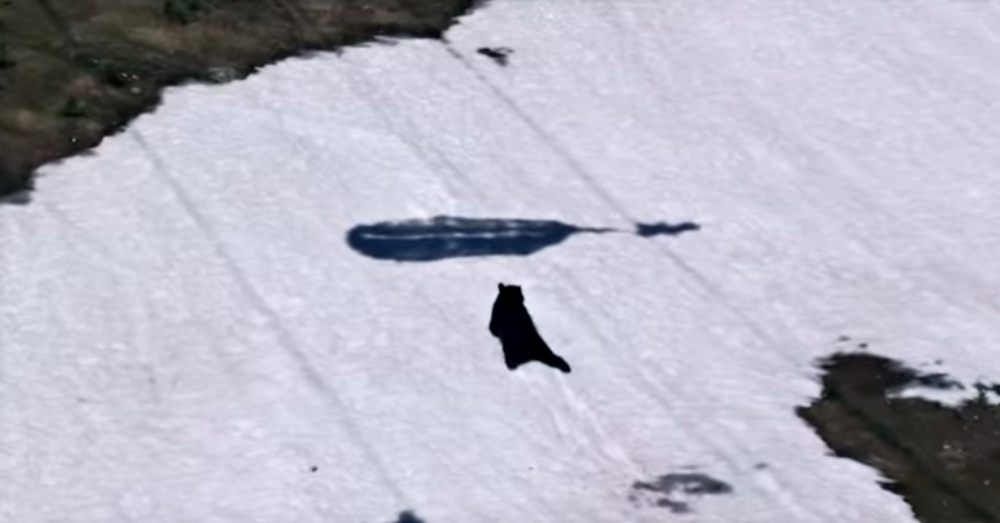 These majestic creatures are wild and you never know what kind of mood they’re in or, worse, if they have bear cubs nearby. If they feel like you pose a threat, you can get into some serious trouble.

According to the British Colombia Parks Department, the best thing to do if you encounter a bear is to stay calm but talk in a soft voice so it has a chance to notice you and run away. If things get sticky, your best bet after that is to back away slowly – NEVER turning your back – and do not make eye contact. The last thing you want to do is make a bear feel like it’s cornered, so give it plenty of space. 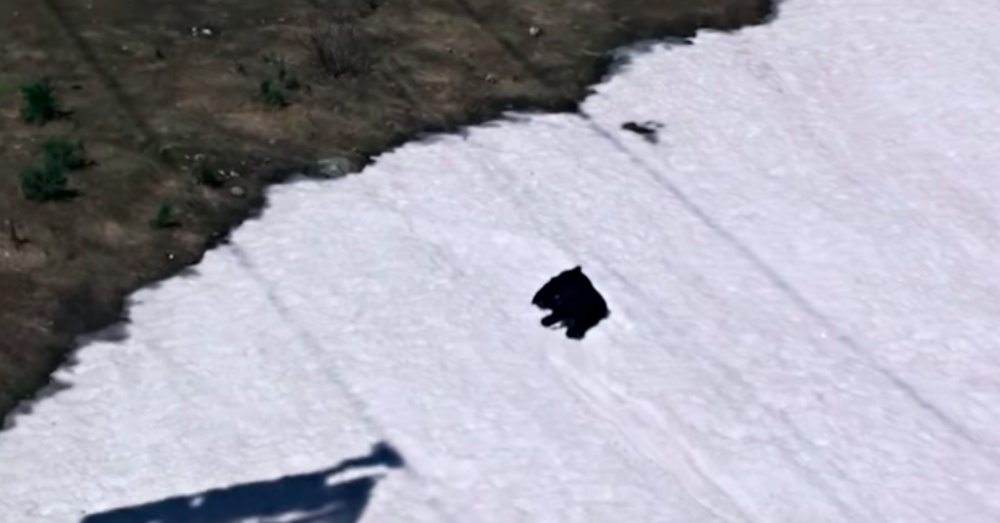 While our instincts are to run from danger, that’s a bad idea when it comes to bears. If you’ve somehow drawn it into attack mode, your choices are to play dead (in which case, it could very well lose interest) or to fight back (in which case, good luck!). 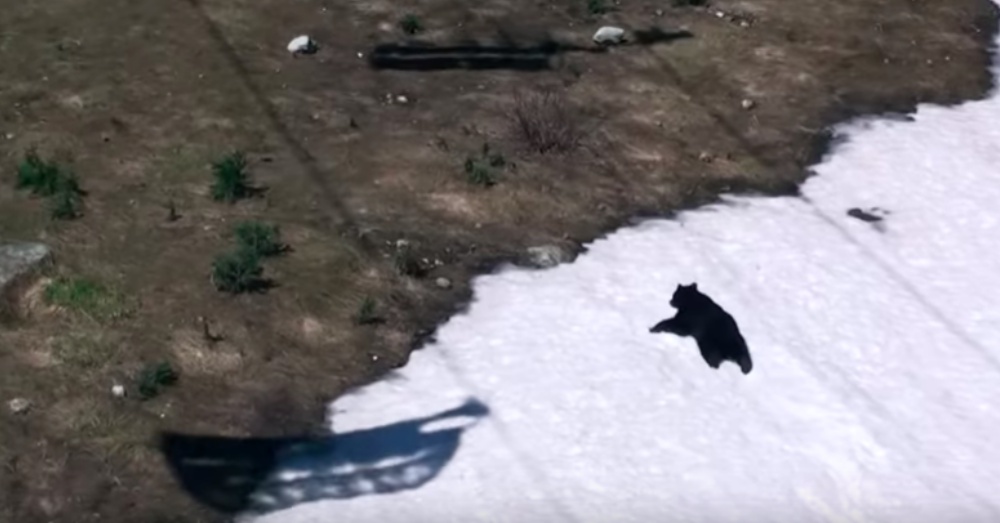 That’s why it’s important to get all of your bear amusement online if you can.

Make sure to scroll down below to see one black bear at his most fun-loving. Please SHARE this with your friends and family.