Sometimes animals can make the most bizarre of friends. It’s no secret that a dog can make friends with just about anything. Let’s face it, dogs can even become best friends with inanimate objects! What’s even more joyful is when baby animals make friends with other animals. In a blessed case of animal play-time, this small (by comparison) elephant cub enjoys a game of tag with a local dog, at Chiang Mai’s Elephant Nature Park in Thailand. 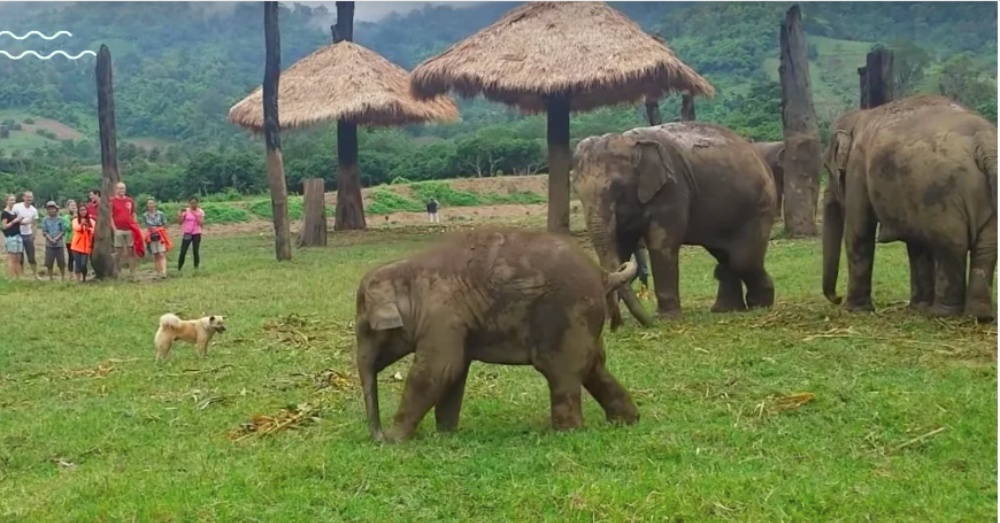 This mischievous mutt gets a real kick from getting the cub’s attention.

Of course, he’s just a little bit faster than the young one and darts away easily when the cub attempts to chase him. The little (sort of) grey fella seems pretty confident that he can catch the dog and doesn’t get discouraged very easily. Meanwhile, the older elephants watch on, keeping an eye on the cub. 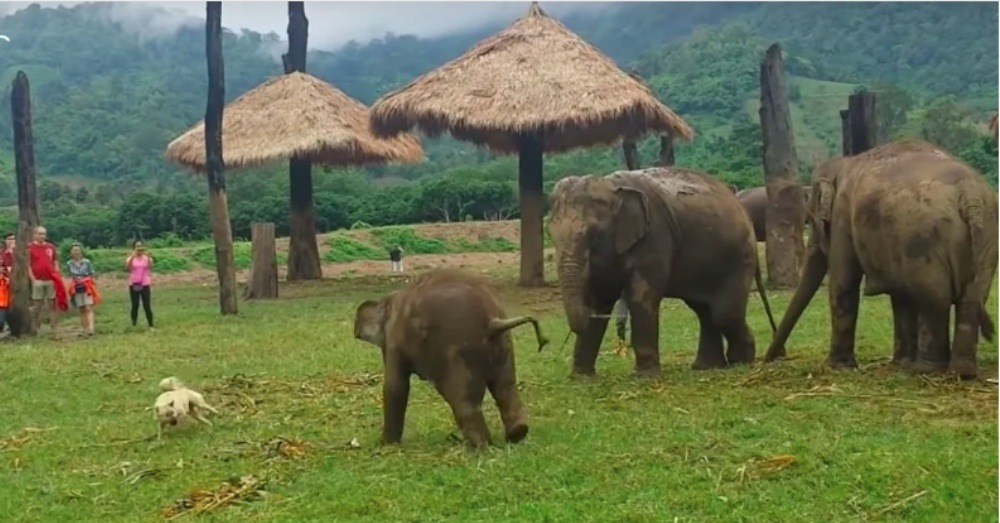 The dog almost seems cocky the way he taunts the little elephant.

I mean, I’ve had dogs do the same to me, it’s one of their favorite games; pick something that could never catch you and tease it into chasing you. Just like idiots, we fall for it every time…at least I do. 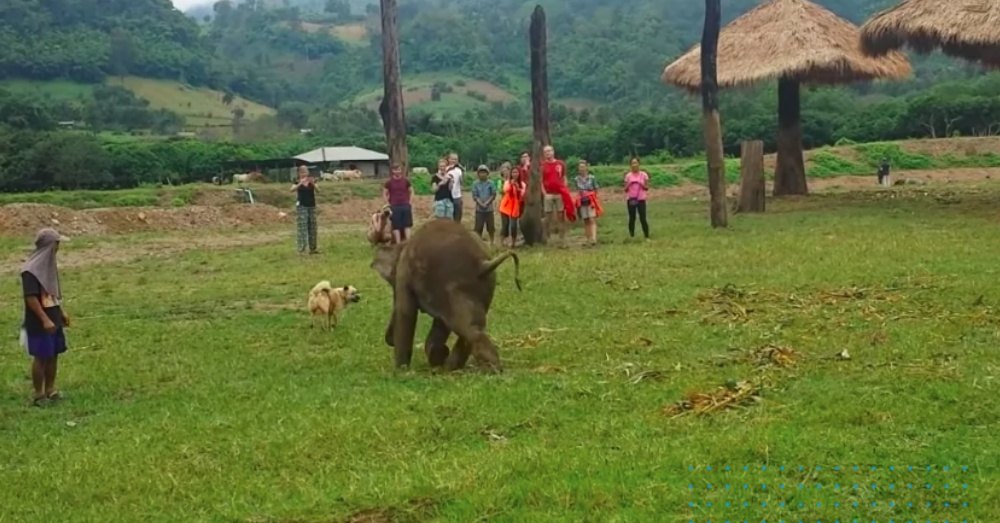 Tourists look on as well as the elephant elders, all laughing at the young elephants spent efforts. I’m sure when this little guy gets a bit bigger, that dog will certainly change his mind about giving this trunked toddler a hard time! 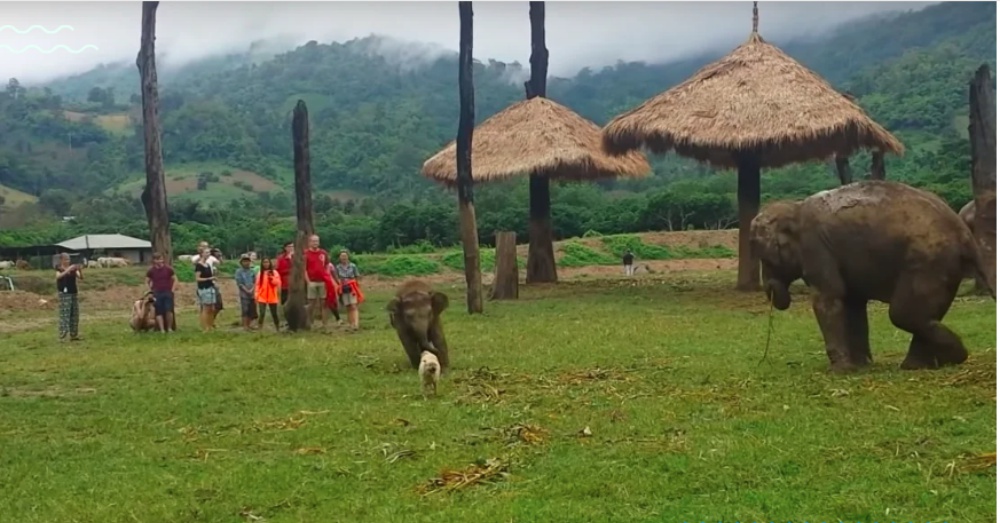 Is this the equivalent of a schoolyard bully?

I would say that this seems like textbook bullying, however the cub seems to be having just as much fun as the dog. That said, the cub does seem to be getting increasingly frustrated with not being able to catch the dog. He begins huffing like an overtired toddler losing at a game. If elephant cubs are anything like baby humans, we’re just around the corner from a melt-down. 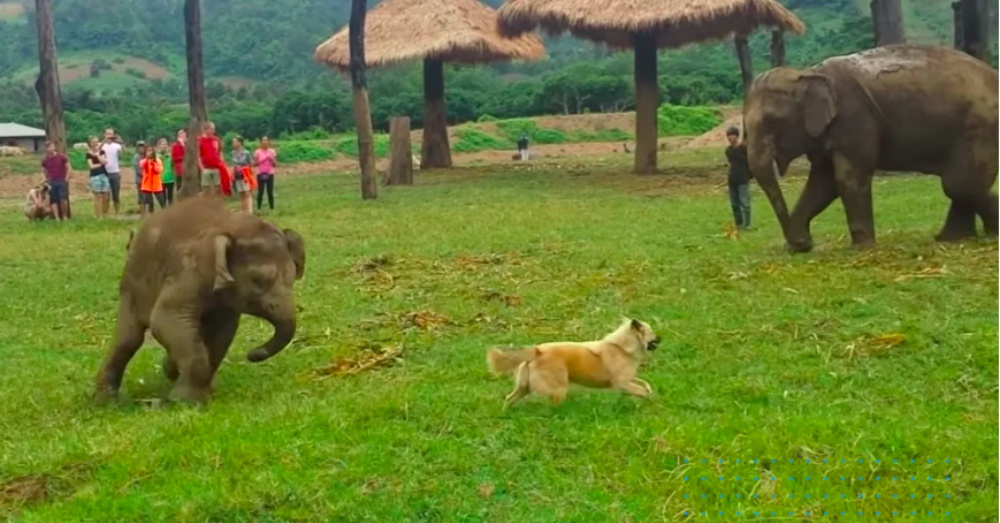 He swings his trunk at the dog in desperation!

I guess the one thing he has over the dog is the large facial appendage his species is so blessed with. However, he hasn’t seemed to quite master his trunk-coordination and it dangles and swings comically as he haphazardly swings it at his playmate. 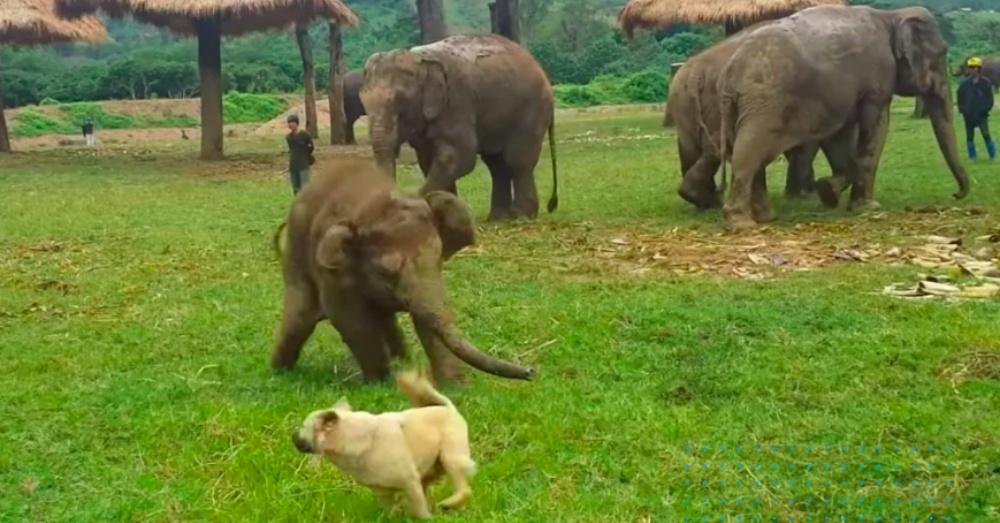 Frustration building, when our little cub fails to catch up to the dog yet again, he kicks a pile of straw before angrily flinging some over his shoulder. Well here it is, the inevitable tantrum that toddlers throw when they don’t get their way. 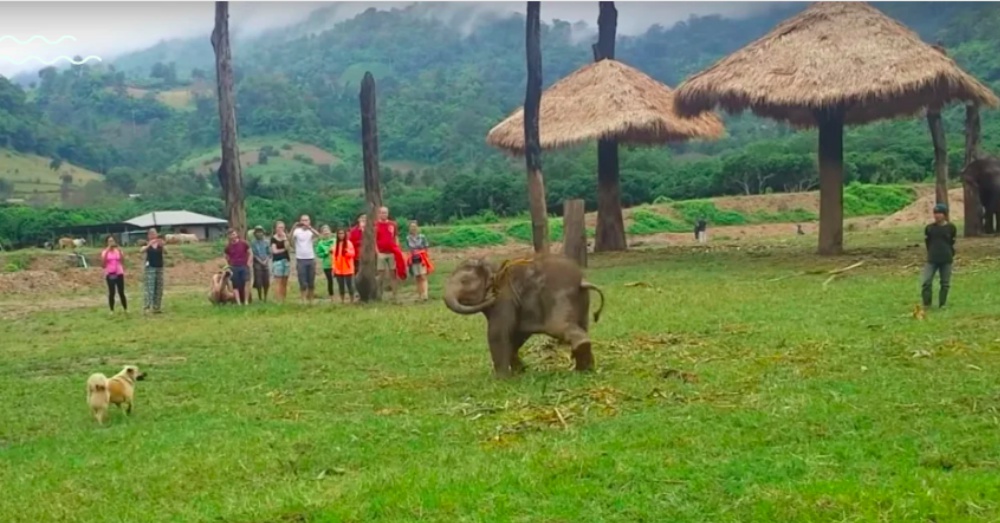 At last the frustration is too much for our pachyderm pal to hack and he storms off to mommy. Even the way that he stomps his feet as the trots back resembles an indignant human child, once again losing a game he had no chance of winning. 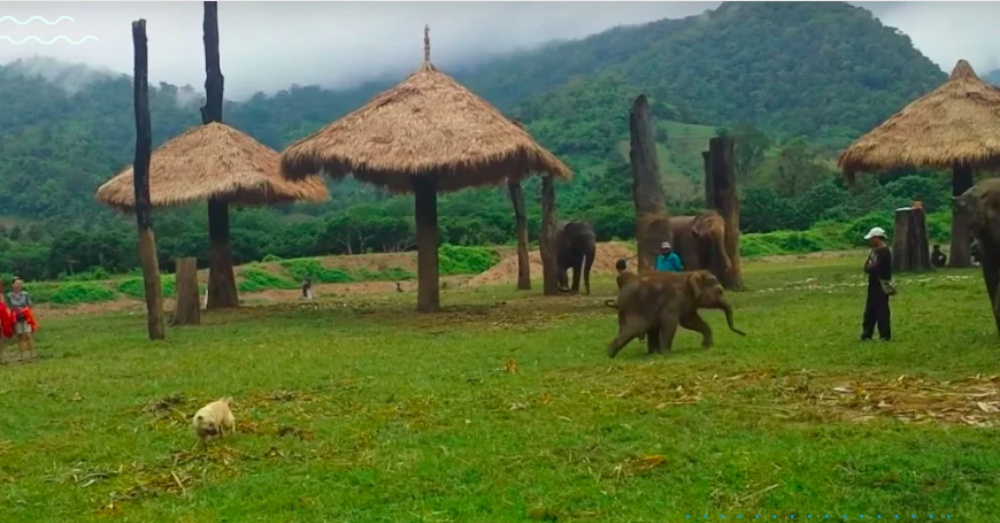 So our wee elephant friend is defeated. The dog is victorious. For now.

Watch the full video below to enjoy this curious critter caper. Please SHARE this with your friends and family.