This Iraqi Dog Flew Nearly 7,500 Miles For A Reunion? You Bet!

When a young puppy wandered onto an American military encampment in Iraq, he became fast friends with the troops, especially former Army Specialist Ken Wyrsch. 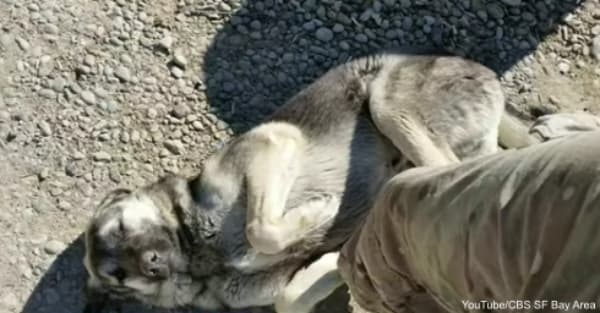 A month later, Wyrsch, now at home in San Francisco, heard that the camp was being shut down. Never one to leave a man behind, he got in touch with SPCA International.

“If Ken left and Oliver was left behind he would have had a terrible life,” SPCA International employee Stephanie Scott told ABC.

The two reunited at SFO airport with the SPCA’s help.

“He grabbed me with his mouth when he saw me. It was great,” Wyrsch told the SPCA. “Oliver was so hungry and thirsty, he wouldn’t eat or drink until later that night. He was too excited.”

#Special delivery! A dog from Iraq found his new home in the #BayArea The man & dog bonded during a military mission pic.twitter.com/LOkGNpjmdH

It wasn’t long before Ollie learned American customs weren’t too different from those in Iraq.

“The neighbor’s dogs and him ran back and forth between houses across the street,” Wyrsch said. “We went to the park. [Ollie was] super scared at first then next thing you knew he had a following. Ran a pack.” 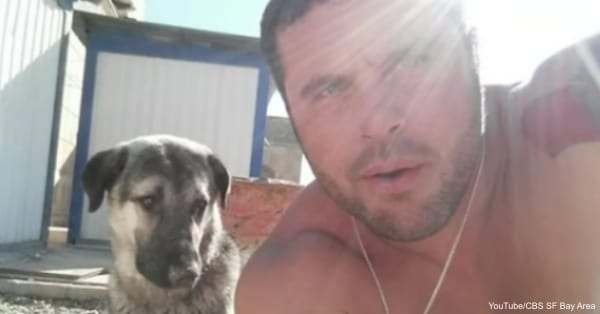 While Wyrsch can rest easy with Ollie home, GreaterGood.org will continue working with dedicated organizations that specialize in the rescue of retired military dogs. We are working to bring military and contract working dogs stateside in order to either reunite them with the handlers with whom they were deployed, or to adopt them into new loving homes. We award grants to partners to make these rescues possible, as they help pay for veterinary care, boarding, transportation costs, and training. With your help, we can carry out our mission to leave no dog behind!