Man Rescued Squirrel That Fell From Nest, But It Was Preparing Him For Something He Least Expected

Seymour the squirrel was rescued when he was a tiny baby that fit in the palm of a hand. He had fallen from his nest when he was just three or four weeks old in September of 2015.

Bradley Gene found him and knew that if he didn’t help this baby squirrel, that he’d die. So he took him home to care for him until he was old enough to be released back into the wild. 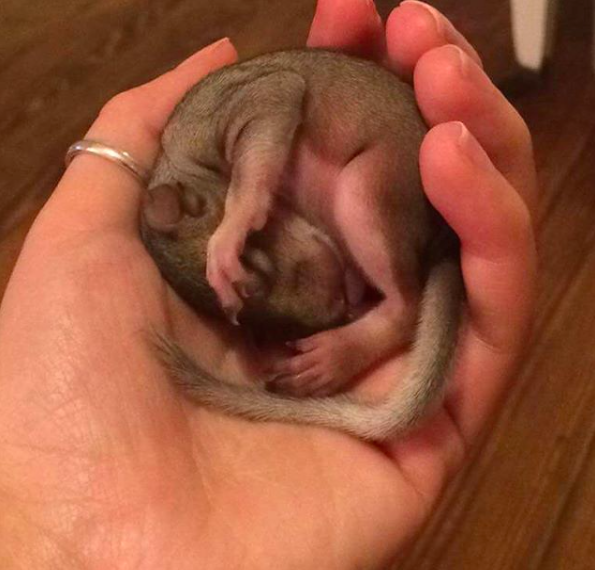 They bottle-fed Seymour and cared for him around the clock. Eventually, when it was time to be released, Seymour refused to leave. He was too attached to this family, and decided that he wanted to stay. 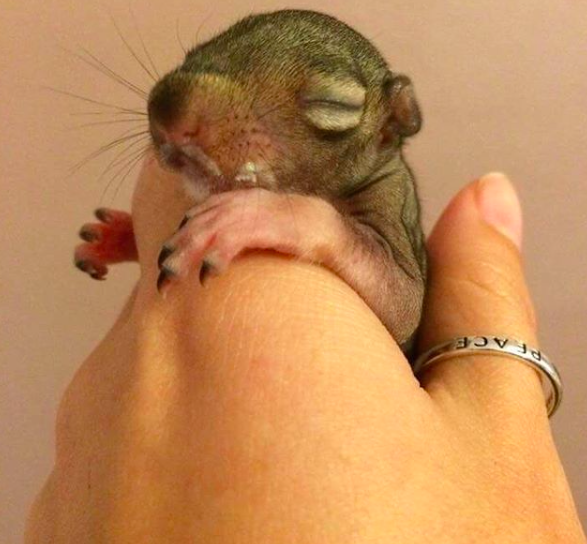 Gene loved Seymour and knew the right thing to do was to let him stay and give him a forever home. He did such a great job raising Seymour, but had no idea that it was preparing him to rescue another squirrel later down the road. 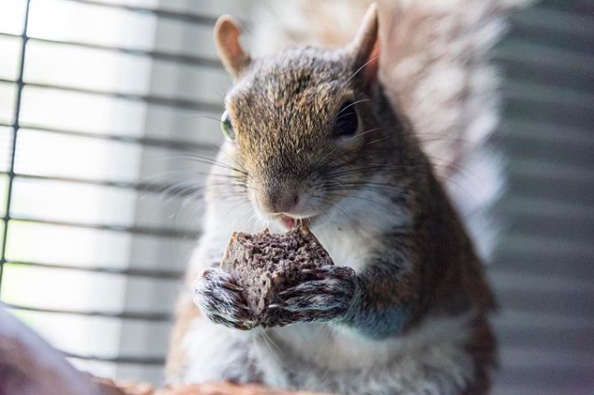 This time around, the squirrel wasn’t a healthy one like Seymour was. This Squirrel’s incisors never stopped growing. The bottom one grew into her nose and was within a millimeter of her brain. If it grew any more, she would die. 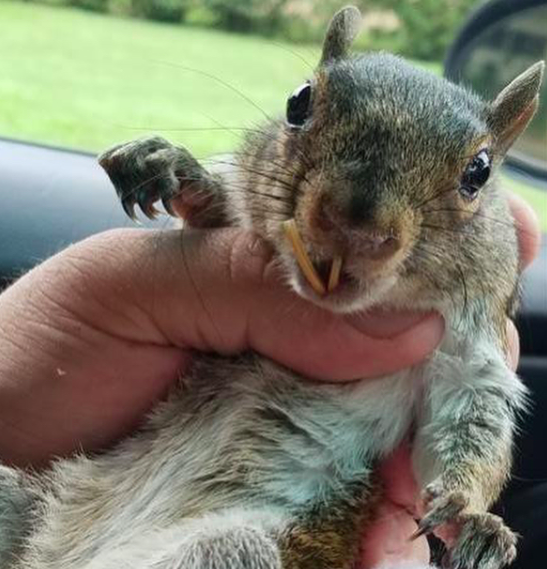 On June 10, 2017, Gene brought the squirrel to an animal hospital, where she received surgery to remove her top two teeth. The surgery was a success and now she is doing well. All she needs is a routine teeth trimming to prevent that from happening again. 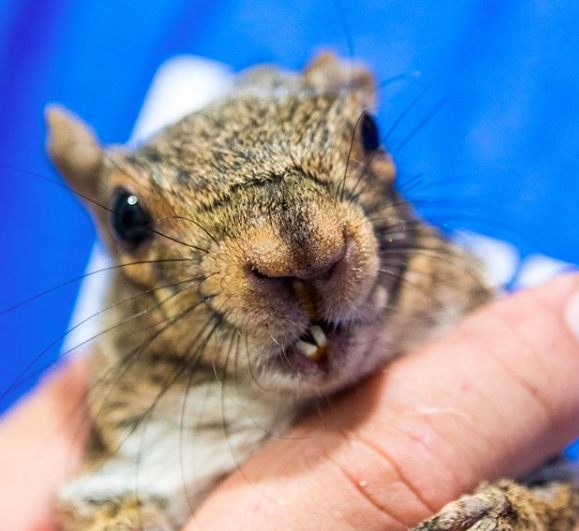 Since this squirrel had malocclusion, Gene was unable to release her back into the wild or else the same thing would happen again. So he adopted her and gave her a forever home, just like he did with Seymour. This time, he decided to name this sweet girl Sabrina. 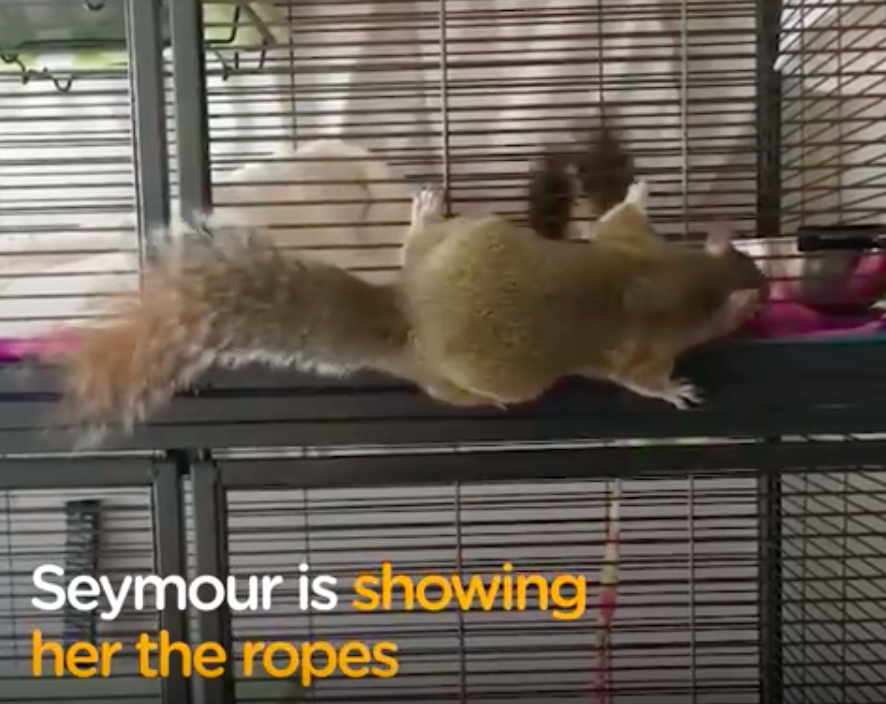 He introduced Seymour and Sabrina, and the two of them got along so well. Seymour is showing Sabrina the ropes and is such a great big brother!

“A lot of people think they’re just rats with tails,” Gene told The Dodo. “I think Seymour’s smarter than any of my cats and dogs.” 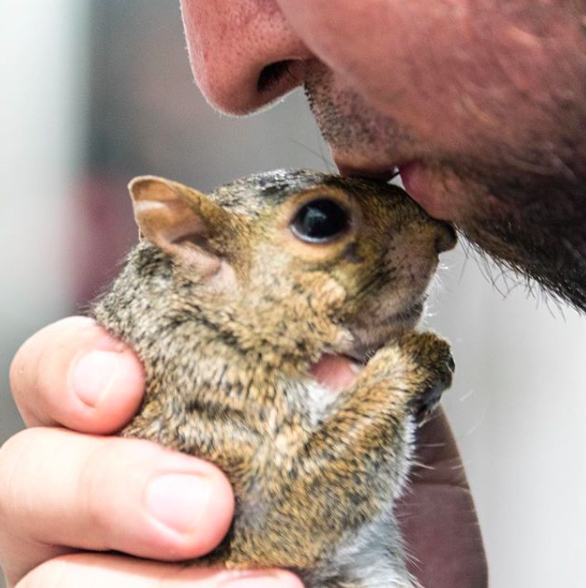 Since rescuing both of these squirrels, Gene has become a wildlife rehabber so he can help other animals like Seymour and Sabrina! He is currently rehabbing 12 baby squirrels for release.