When rescuers first met Fluffer, they weren’t entirely sure what they were looking at. Was it a dog? Was it a cat? Something else? The creature’s unruly fur was so severely matted that the animal inside was hidden from view.

In fact, Fluffer was a sweet (albeit neglected) 4-year-old cat in serious need of some grooming. Nobody knew exactly how the cat came to be in such a disheveled condition, but it was clear that a regular groomers just wouldn’t do. 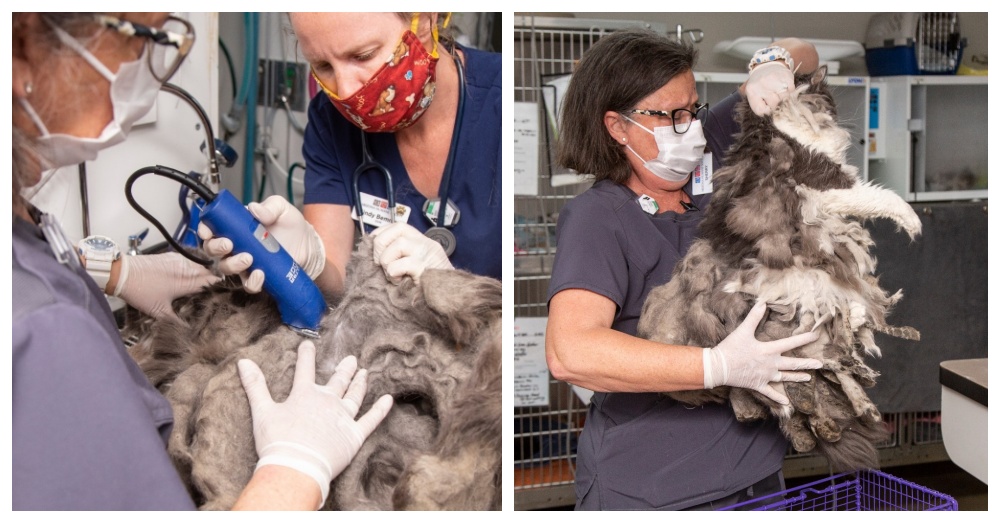 Rescuers brought Fluffer to the Arizona Humane Society’s animal hospital, where workers began the gargantuan task of cutting away the cat’s severely tangled fur. The sweet girl remained a model patient throughout the marathon session, according to rescuers, whose gargantuan efforts finally revealed a stunning gray-and-white cat underneath all that fur. 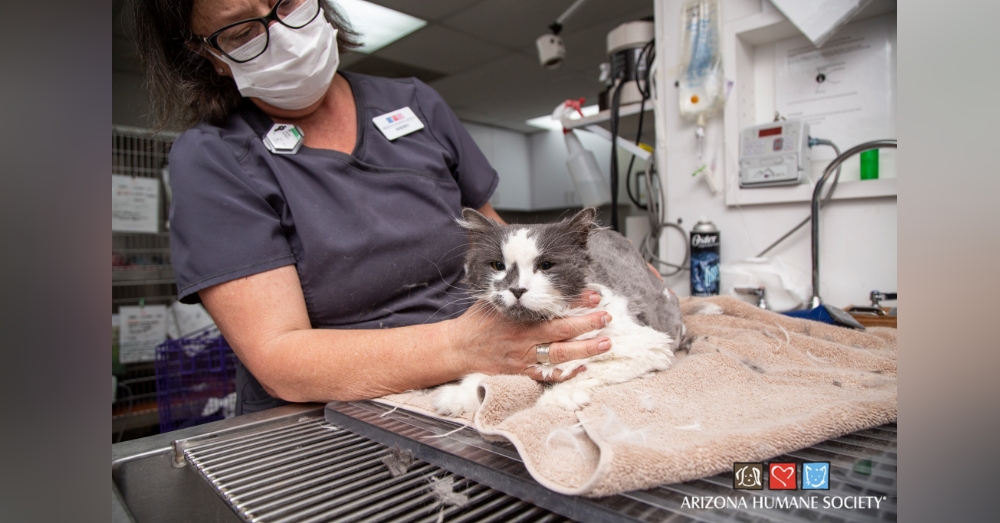 When rescuers were finished, they had cut away 2 full pounds of fur! That’s a lot of hair, especially considering that Fluffer herself only weighs 8 pounds. It must have been so difficult carrying around all of that extra weight, and she must have been so hot living in Arizona.

We really don’t understand how somebody could neglect their animal to such a degree, but fortunately, Fluffer’s new look has already helped her nab a new home! According to rescuers, the sweet girl was adopted just two days after her makeover. Congratulations, Fluffer! We’re so glad somebody gave this rescued cat the second chance that she deserves.

Show us a better #TransformationTuesday than Fluffer the cat… we’ll wait!When EAMT™ Julie responded to a call this…

Posted by Arizona Humane Society on Tuesday, May 26, 2020