The army veteran who killed her therapy dog as her boyfriend filmed the incident and posted it to social media has been found dead, possibly by a self-inflicted gunshot wound.

Marinna Rollins, 23, was under investigation for animal cruelty charges stemming from the killing of her service dog, Camboui, on April 16. She had Camboui certified as a therapy dog to assist with her post-traumatic stress disorder earlier this year, but in mid-April, she posted a cryptic message to Facebook, indicating the dog was going to be euthanized.

What came next is nothing short of a nightmare.

Rollins and her boyfriend, Jarren Heng, an active-duty service member, can be seen laughing and drinking beer in the videos they made as they shot Camboui in the head repeatedly with a rifle. An anonymous tip led North Carolina animal control and police to Rollins’s address, where they arrested her on April 20. Heng turned himself in four days later. 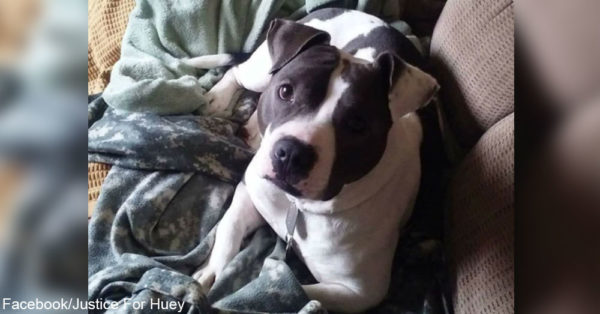 According to CBS News, both Rollins and Heng were facing felony animal cruelty charges with substantially higher bail limits than usual. Rollins’s bail was increased from $10,000 to $25,000, and Heng’s from $5,000 to $25,000, because of “aggravating factors and the cruel nature of the case,” the judge commented.

On May 7, police were once again called to Rollins’s address, alerted by the veteran’s friends, who found her dead body at 3 a.m.

According to Fayetteville Police Department Lt. Todd Joyce, Rollins’s death is being investigated as a suicide. The Fayetteville Observer reports that Heng’s next scheduled court date is May 16.

Since the gruesome incident that prompted this story, Rollins’s estranged husband, Matt Dyer, has come forth with more information about their dog, who was originally named Huey.

The original post, detailing Rollins’s and Heng’s animal cruelty charges, can be found below.

Marinna Rollins, 23, originally from Maine, had been supported by Camboui after her ex-husband, who originally adopted the dog, was deployed to Korea. The gray-and-white male pit bull had helped her deal with PTSD after leaving the military in January and moving to North Carolina, according to the Associated Press. But after posting a dour message to Facebook indicating Camboui was about to be put down, her story quickly darkened.

Under a picture of Camboui, Rollins left a plea for mercy on the social media site, as she was “sad that her dog had to go to a happier place.”

According to the North Carolina Cumberland County Sheriff’s Office report, Rollins—along with her boyfriend, 25-year-old Jarren Heng, an active duty serviceman—brought Camboui to a tree in a wooded area near her Fayetteville home on April 16, took aim with a rifle, and shot him in the head. Heng filmed the first shot, then the couple switched, and Rollins filmed the second. They continued, shooting Camboui in the head five times. 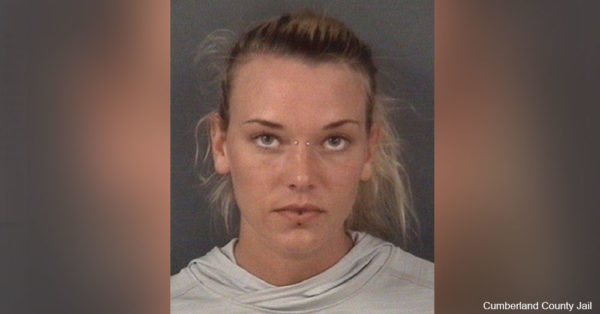 They recorded the entire ordeal, laughing as they tortured the dog, Cumberland County District Attorney Clark Reaves asserts. Then they posted the video to Facebook.

Click next to find out what happened to these monsters.