Juliet is much more than an adorable baby golden retriever (although she is this, too). The 4-month-old puppy is also a service-dog-in-training for a 6-year-old Memphis Rose, a Florida girl who was tragically paralyzed in a deadly car crash.

“Juliet took one look at Memphis Rose in her wheelchair and jumped onto her lap licking her and cuddling,” the little girl’s mom, Gayrene Meade, told PEOPLE. “My daughter is a dog lover and wants to be a veterinarian. She was so happy to meet Juliet that she smiled brighter than I have ever seen, especially after learning that the loving puppy was in training to be her service dog. It was a magical moment for me after a horrific few weeks.” 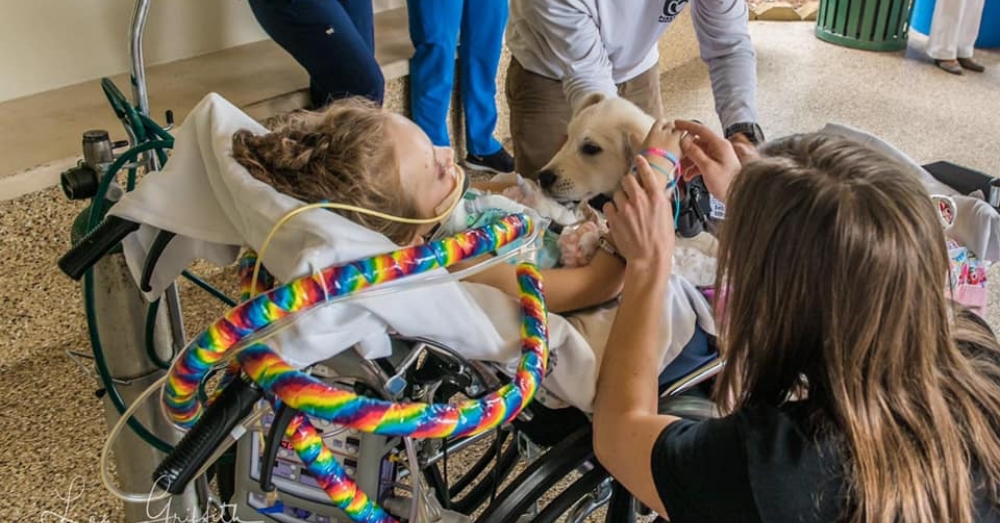 The Florida girl’s life changed forever when she was involved in a head-on car crash with her grandmother and uncle, who died of his injuries. Memphis Rose, who was sitting behind the driver, escaped with her life, but not without fracturing her spine, puncturing a lung, briefly undergoing cardiac arrest, and finding herself paralyzed and on a hospital ventilator. Doctors doubt the little girl will ever walk again.

This heartbreaking prognosis led well-wishers to reach out to Chasin A Dream Foundation, a Florida non-profit created to support families of children suffering from cancer and other life-threatening conditions.

“I was told that Memphis Rose has always wanted a dog so I called my contacts at Furry Friends Rescue Center in Jupiter, and what they said gave me goosebumps, making my heart race with joy,” said founder Lori Griffith. 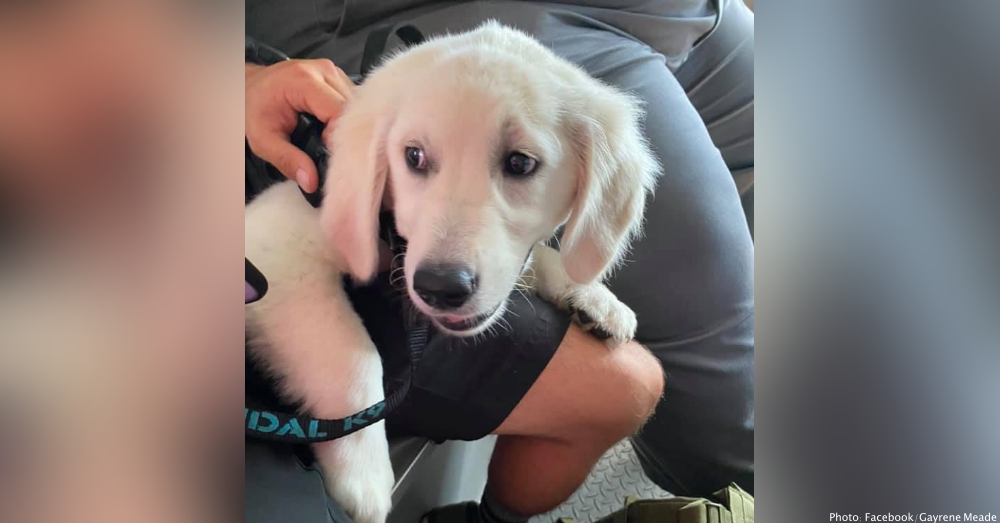 That call led Memphis Rose and her mother to Juliet, a sociable young puppy in training to be a service dog. Juliet’s handlers at Wyoming Sky Goldens usually train dogs to be service dogs for veterans, but after hearing about Memphis Rose, they decided to make an exception.

Because Juliet is still in training, she doesn’t live with Memphis Rose and her mom full time. Even so, she’s accompanied the little girl on hospital visits and, according to the little girl’s mother, has already developed a “made for Disney movie friendship” with her daughter. “Memphis Rose will grow with Juliet, they will have sleepovers, then eventually Juliet will be with us all of the time,” Meade told PEOPLE. 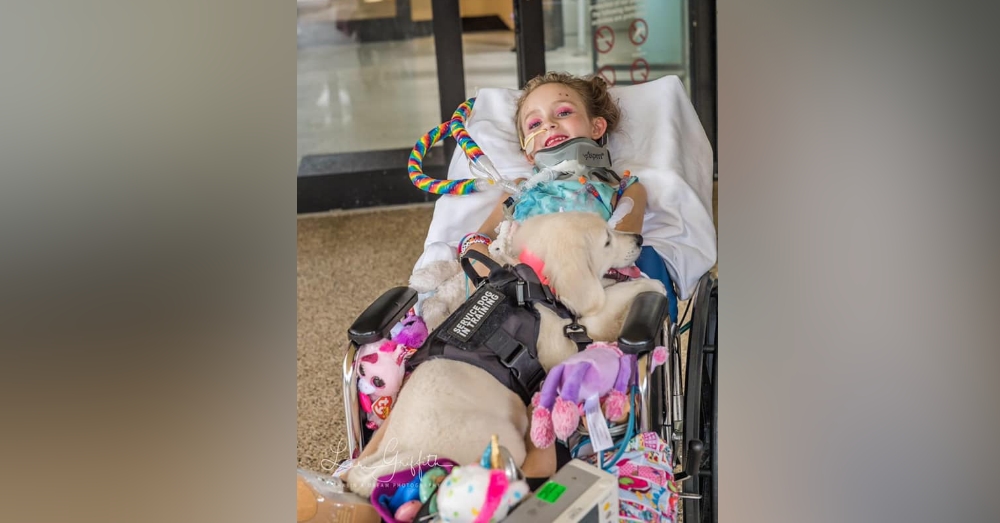 But even though the puppy was “born to be a service dog for Memphis Rose,” according to her trainer, Juliet still has a lot to learn. “She has to learn how to act in any public access where an oxygen tank can go,” said Earhart, who works with the puppy 7 days a week. “She has to be bomb proof—not get excited by anything, or have outbursts from what she may encounter because Memphis Rose is quadriplegic.” 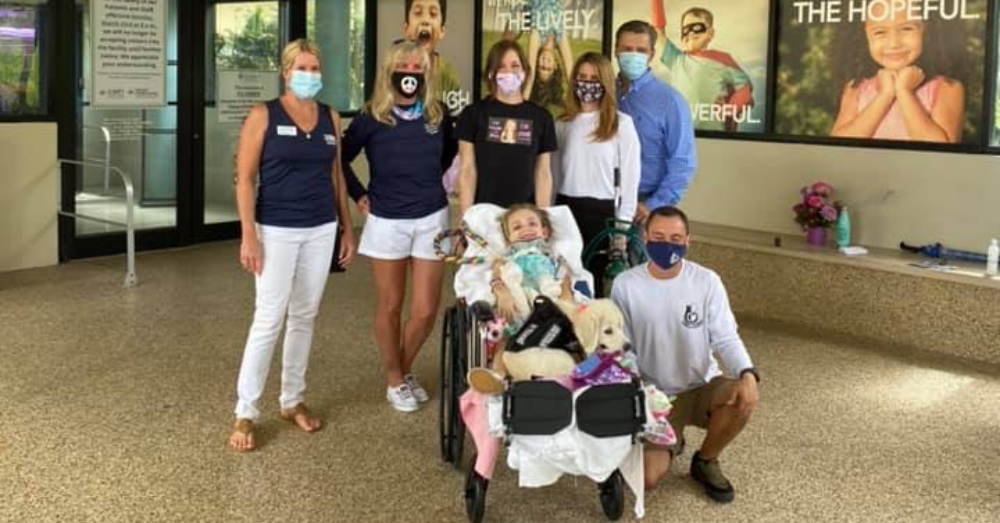 Future training will include learning to turn lights on and off, tuck Memphis Rose into bed, and summon help in case of emergency, among many other things, according to PEOPLE. But for now, Earhart is focused on introducing the puppy to new experiences and sounds. “Since we can’t cover everything, we get Juliet used to doing and seeing as many things as possible so whatever happens is okay with her,” she said. “Memphis Rose is happy that Juliet is doing well, and I feel so lucky to help make a difference in this child’s life.”

Find out more about Juliet and Memphis Rose by following them on Facebook or visiting their GoFundMe page.